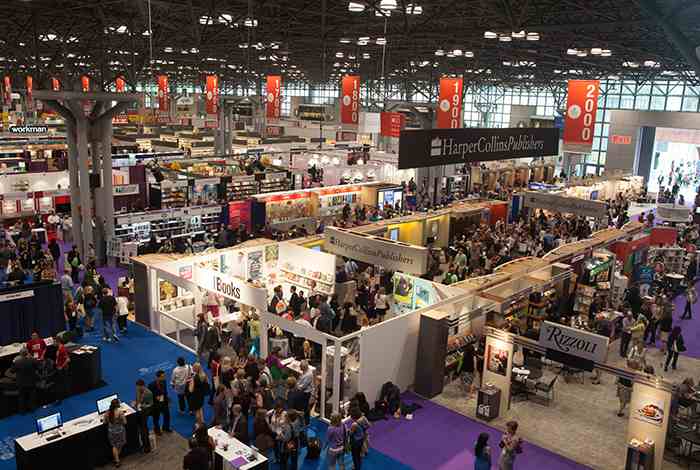 There are a lot of people involved in getting a book into your hands. An author has to write it and give it to an agent, who sells it to an editor at a publisher, which schedules it with a printer, who packages it for a distributor to send to a bookstore for you to buy it. All those people involved in that process converge at the McCormick Place when BookExpo America (BEA) returns to Chicago this month.

The halls will be filled with publishers showcasing upcoming titles and presenting authors to agents, distributors, librarians, publicists and all manner of people involved with the book trade. BEA is the industry’s largest opportunity for networking and promotion.

For many publishers and bookstores, the biggest channel they have to talk about upcoming books and customer demand is through a sales representative—but that’s only if the publisher is big enough to have a sales rep and the bookstore is in their region. Often a product catalog and an email contact is all that exists between them. BEA allows many publishers to talk face-to-face with lots of book retailers. To smaller presses it’s a chance to get their books onto shelves and get sales staff talking about their titles to customers. Small town and independent stores can use these connections to get on author tours and promotional campaigns.

For Chicago’s literary scene, it’s an opportunity for connections between retailers and distributors from all across the country and local publishers such as Curbside Splendor Publishing, Haymarket Books and comics publisher Iron Circus. “It’s a show I’ve always been interested in, but didn’t feel ready for before now,” says publisher Spike Trotman. “This year, Iron Circus finally has a back list and a publishing schedule I think might interest distributors.” Getting books into stores is a major concern for publishers producing graphic novels exclusively. “Comics are dominated by a distributor that’s structured entirely to serve the monthly serial market. Before now, I’ve had no choice but to use them. But I hope to find a distributor more suited to the future of comics publishing, and my company’s needs, at BEA.”

Trotman has successfully published several acclaimed anthologies and graphic novels, including “The Less Than Epic Adventures of TJ and Amal” by E. K. Weaver, which has just been nominated for an Eisner Award, one of the major awards for comic books, as well as a Lambda Literary Award.  Meeting others in the small press community is a priority. “I am eager to see how other people get things done! I want to talk to other emerging publishers and see how they get their books on the shelves.”

The benefits of this event, previously held in New York City since 2009, coming to Chicago extends to local bookstores as well. “In the past we would usually send just one person to BEA,” says Jamie Thomas, manager of Women and Children First. The Andersonville store specializes in books by women and for children, as well as a wide selection of titles and genres. This year she’s attending along with the store’s new owners, Sarah Hollenbeck and Lynn Mooney. But the advantage of the event coming to Chicago isn’t just for professional networking. “It brings authors here who might not get sent here on a book tour; a lot of them don’t get to do Chicago.” (Greg Baldino)

May 11-13 at McCormick Place, bookexpoamerica.com