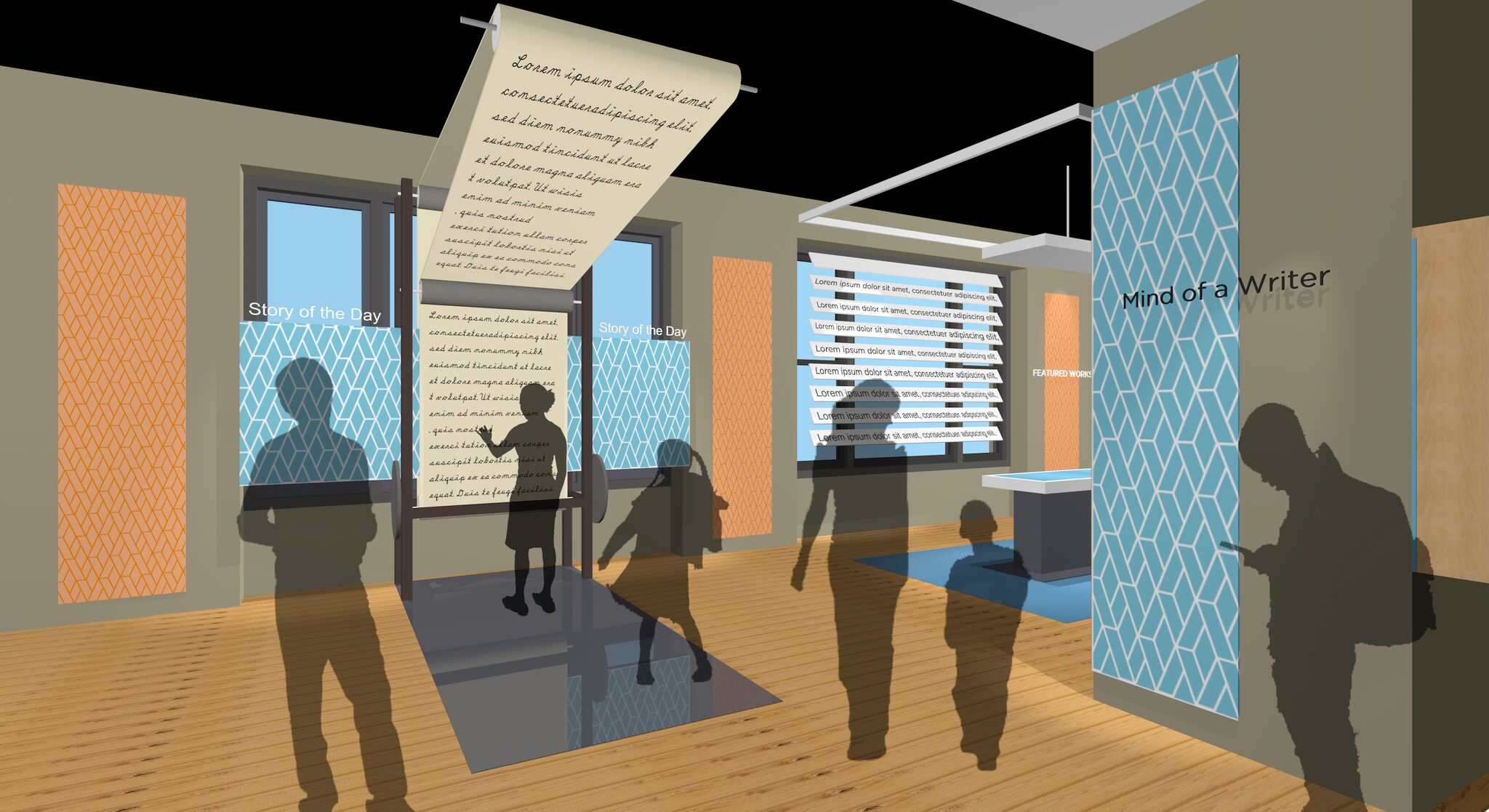 If you were ever a book glutton (or are still), chances are that as a kid you played this game with your friends: one of you would write a sentence on paper and pass the paper around person to person, until communally you had authored an outrageous romp that sent you into fits of giggles. Now, what if you played this with strangers? You will be able to at the American Writers Museum, slated to open in 2017, on the corner of Michigan and Lake.

President and founder Malcolm O’Hagan says the museum aims to “help people understand the importance and influence of American writing on our culture and to encourage young writers of the next generation to be culture-shapers as well.” Championing writers from different regions and time periods, the museum will feature seven exhibition halls, including interactive exhibits chronicling history in “American Identity” and displays of writers in “Writing Across America.” There will be a children’s gallery, a readers hall and event space and a Chicago writers room. In the aptly named hall, “The Mind of a Writer,” strangers or friends can write a continuation of the staff’s story, which can be found on a prepared easel and showcases shared storytelling as in that age-old childhood game. There will also be a word waterfall.

The development of the museum, O’Hagan says, is well advanced and on-schedule. “We are at the stage where there are exhibition advocators. The concepts are not finalized and there’s a lot of activity, but we may have our temporary exhibition finalized next week. We are also still in fundraising mode. We have hall-naming opportunities available for those who understand the importance of American writing and who may desire to become founding donors. We are very gratified that it’s a project that’s excited a lot of people, that’s of value to the nation and to Chicago.”

Writers’ museums that celebrate their country’s literary voices exist in Ireland, Belgium, Mexico, Russia and elsewhere. There are museums across the United States commemorating individual writers such as Ernest Hemingway, Flannery O’Connor and Truman Capote, but this will be the first time a single museum encompasses the range of voices in the country. (Jael Montellano)