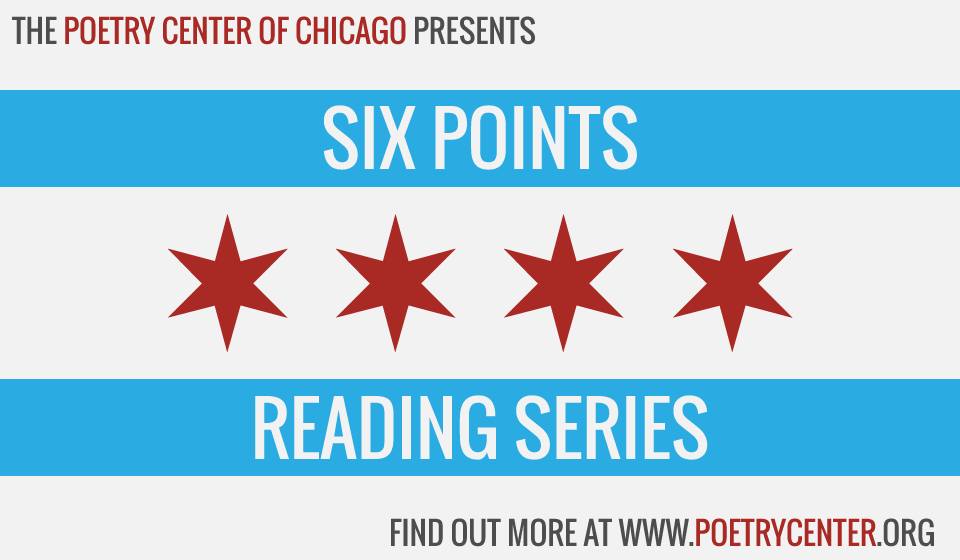 Attracting a varied range of poets and audience members, the Six Points Reading Series is held in different locations around the city, following its previous run at the Chicago Cultural Center. Poets have included Christopher Soto (aka Loma), Jamila Woods, Roger Reeves, Emily Jungmin Yoon, Simone Muench, Erika L. Sánchez, Ben Clark and Fatimah Asghar at venues such as Grace Church and Comfort Station in Logan Square and Subterranean in Wicker Park. The reading I attended stood out from many poetry events, because the full house spanned the spectrum of ages, genders and ethnicities.

Curator Danielle Susi says, “I work really hard to make sure it’s as diverse as possible. Six Points operate within the Poetry Center of Chicago and I think the most interesting part of the series is that we don’t have our own space (unlike somewhere like Poetry Foundation and their gorgeous space), so we have some flexibility about pairing types of readers with spaces around the city.

“I focus mainly on younger poets. It’s cool to have someone like Stuart Dybek read because he draws a big crowd, but I’m realizing more how that is not necessarily the only sign of a good event. I’ve loved hosting folks from other cities and making spaces for women, people of color and queer folks—actually I’m the lucky one in that case. I am so grateful to these poets for taking a risk with the series.” (Toni Nealie)