21
Garry Wills
At eighty-two, Pulitzer Prize-winner Wills is still one of our more prolific men of letters, and one of the country’s outstanding popularizers of historical, literary and liturgical subjects. A Professor of History Emeritus at Northwestern, he has published multiple books on Shakespeare, the founding fathers and early church history, but is probably best known as a chronicler of the current Catholic hierarchy and its place in the world. When we last spoke to him, he had just published “Why Priests? A Failed Tradition,” an argument for re-envisioning the role of the ecclesiastic orders, and was putting the finishing touches on “The Future of the Catholic Church with Pope Francis,” which came out in 2015 to wide acclaim. He anticipated turning his attention next to the Trinity, “since I am teaching a course on that in the fall term at Emory.” But in the two years since Wills has had a change of plan, and is instead undertaking a subject new to him. “I am now paying attention to the fourth or fifth of the population of our globe, the Muslims, and to their great book, the Qur’an,” he says. “There is nothing we have a greater need to know about.” 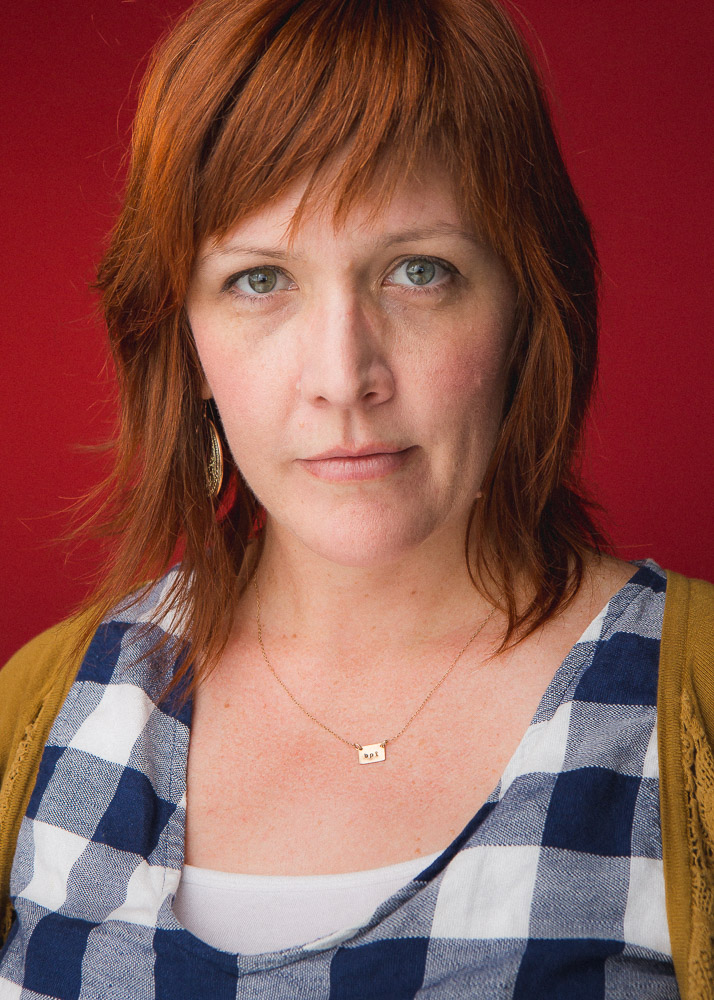 22
Lindsay Hunter
Known for her fierce portraits of teenagers in “Ugly Girls” and her story collections “Daddy’s” and “Don’t Kiss Me,” Lindsay Hunter has a new novel in the works called “Eat Only When Hungry.” It is very different to her usual style, Hunter says. “It felt like a lot more was at stake. But I was determined to take myself in a new direction, to challenge myself, prove that I could do more than what was in my comfort zone. And happily, the book has sold to Farrar Straus & Giroux.” 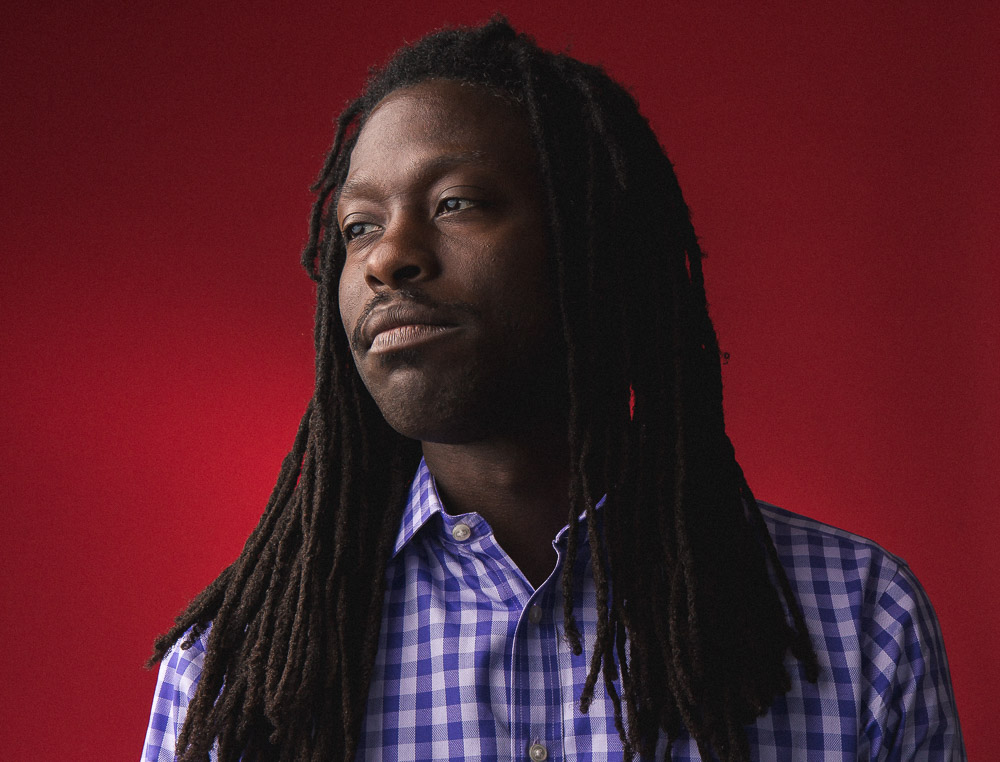 23
Roger Reeves
“It’s a great time to be writing in Chicago because it seems as though Chicago is a microcosm or representative of the greater political and social atmosphere (chaos) of America,” says poet Roger Reeves. He’s working on a long poem. The speaker is a lynched man. His decaying body is carried by animals, wind and soil to different vantage points—Gaza in the summer of 2014, Boko Haram, the hanging of Emmett Till’s father. From the edge of afterlife, the speaker contemplates the rules, boundaries and limitations of paradise and death. Reeves’ first book, “King Me,” earned the 2014 Levis Reading Prize. A recipient of the Pushcart Prize, a Ruth Lilly Fellowship, an NEA Fellowship and a 2014-2015 Hodder Fellowship from Princeton University, Reeves teaches at the University of Illinois at Chicago. 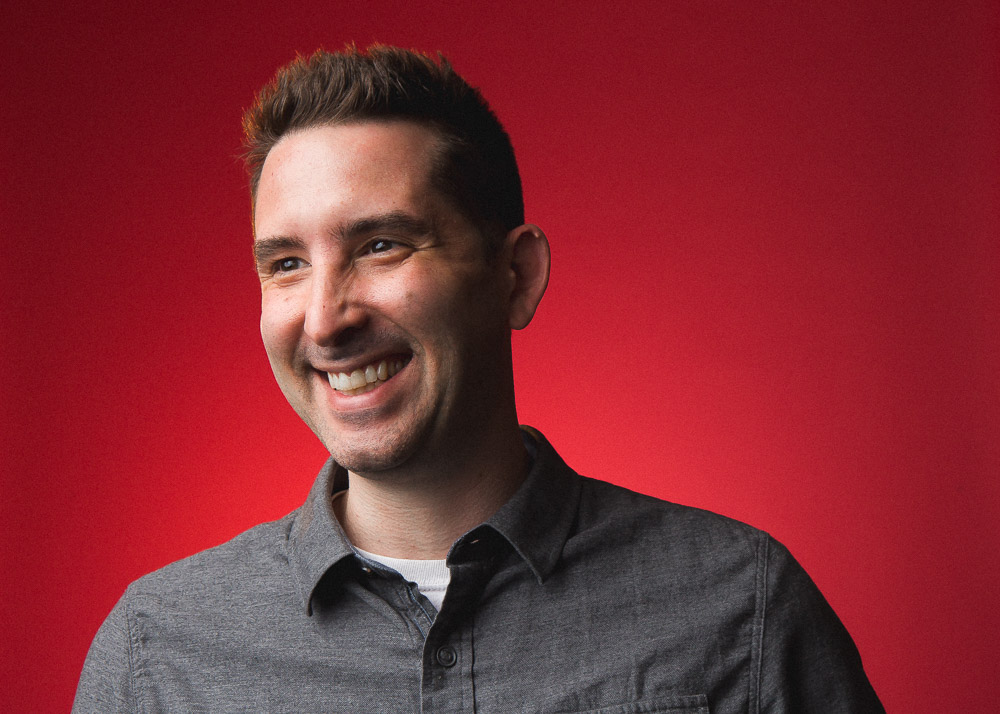 24
Joe Meno
After making his name with a series of idiosyncratic, indie-flavored young-adults novels (including 2004’s “Hairstyles of the Damned” and 2006’s “The Boy Detective Fails”), Joe Meno’s work has steadily grown both in scope and gravitas. His latest, last year’s “Marvel and a Wonder,” seamlessly weaves together a number of narrative genres, including the coming-of-age novel, the road quest and equine lit. It’s drawn comparisons to Faulkner and garnered both accolades and honors—most recently the Society for Midlands Authors Award for Fiction. Meno also edited 2015’s “Chicago Noir: The Classics,” which featured canonical stories by Stuart Dybek, Sara Paretsky and others. Outside of publishing, he workshopped a new play with A Red Orchid Theatre, collaborated on a short film adaptation of one of his stories, “People Are Becoming Clouds,” which premiered at the Toronto International Film Festival and wrote a web series, “Amateurs,” which will debut in September. Amidst all of this activity, he took over as associate chair of the Department of Creative Writing at Columbia College, which, he boasts, “still has one of the largest and most innovative undergraduate creative writing programs in the country.” 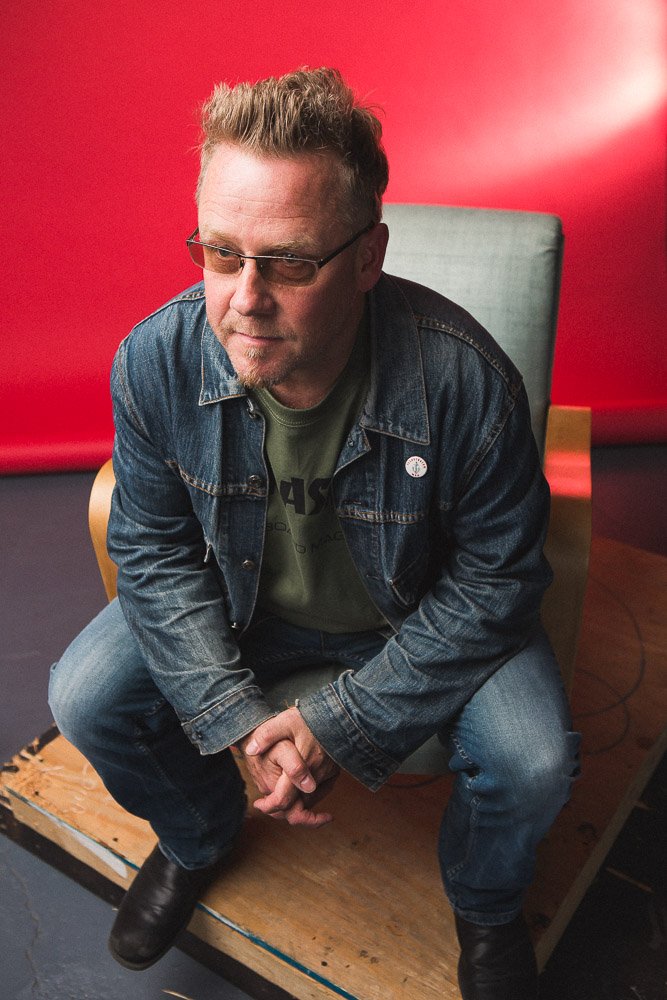 25
Sam Weller
Here’s an example of local boys looking after their own. Journalist Sam Weller, born in Lake Forest, has become the ongoing champion of the late science-fiction legend Ray Bradbury—born in Waukegan. Weller’s 2005 biography, “The Bradbury Chronicles: The Life of Ray Bradbury,” was followed in 2010 with “Listen to the Echoes: The Ray Bradbury Interviews”—which will shortly be re-released in a deluxe edition with a new afterword by Margaret Atwood. In return for the posthumous attention, Bradbury has helped Weller to establish his own brand. In 2012 Weller co-edited (with Mort Castle) an anthology, “Shadow Show: All New Stories in Celebration of Ray Bradbury,” which was translated to comics by IDW. The graphic novel compilation just won a Bram Stoker Award (given to writers and publishers of “horror and dark fantasy”). This is Weller’s second Stoker. Weller’s own novel—which he describes as “an existential love story set through time”—is up next. Meanwhile, he mentions he’s the most-requested author in the National Endowment for the Art’s “Big Read” community literary programming, which brings him all over the country. “In April,” he says, “I spoke to over two-thousand people.” Which we can probably infer means he sent chills up more than two-thousand spines. 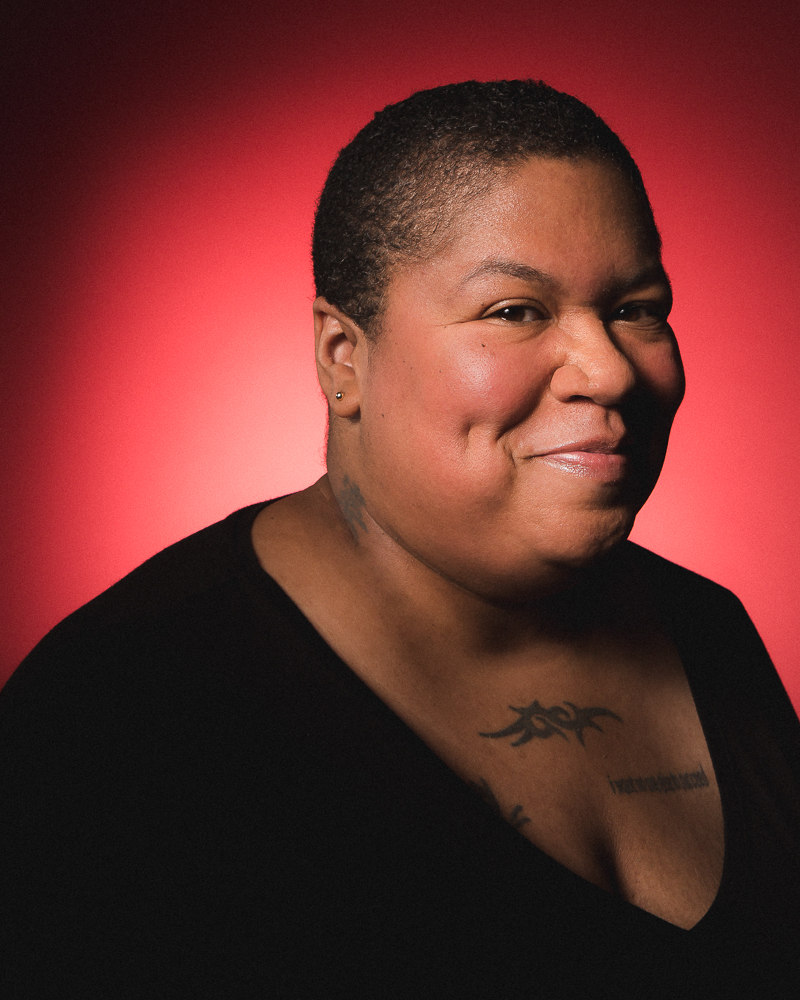 26
Samantha Irby
Continuing the success of her Bitches Gotta Eat blog and her first book “Meaty,” Sam Irby is on a rocketship (or maybe just a strap-on dildo, according to a recent essay) to a bigger audience. The side-splitting performer and writer is completing a new book “Everything Is Garbage” and aims to sell the television show she created with Abbi Jacobson, who co-created and stars in the sitcom “Broad City.” Irby is also a big supporter of other writers. Says Sarah Hollenbeck from Women & Children First bookstore: “Samantha has a massive impact on the turnout for the author readings we host at the store.” Whenever Irby tweets or posts about an author or book or event, the bookstore’s sales or attendance spikes. 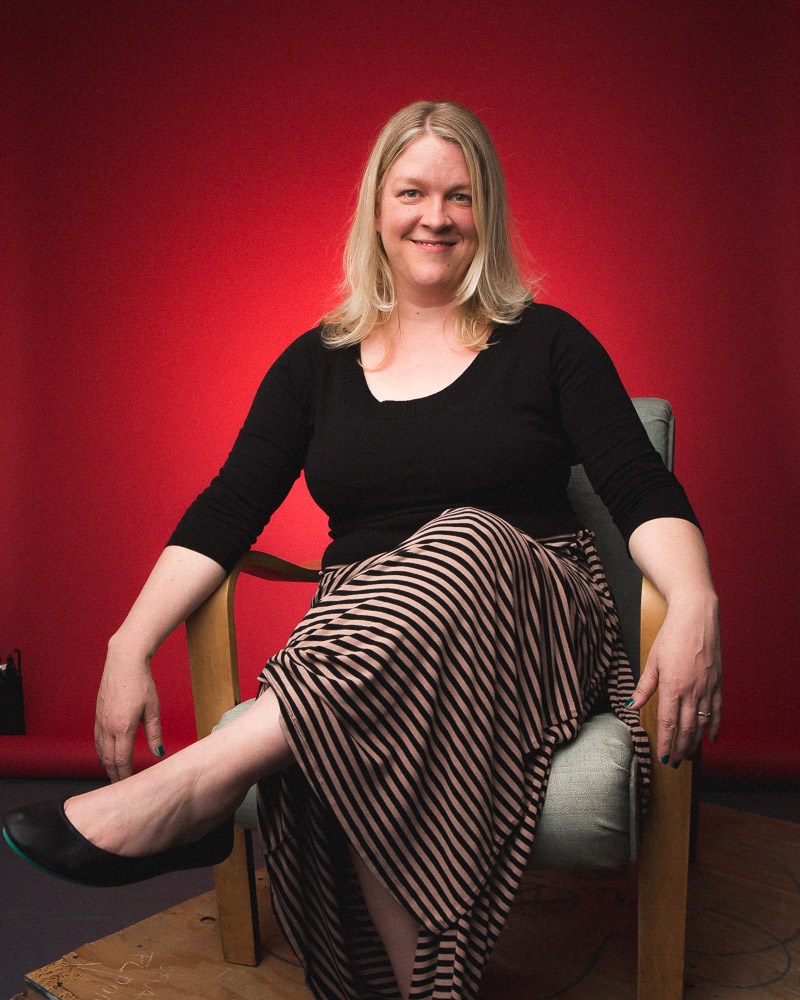 27
Megan Stielstra
Stepping from Chicago’s live-lit scene to write opinion pieces for The New York Times was new and a little terrifying for Megan Stielstra, author of essay collection “Once I Was Cool” and short-story collection “Everyone Remain Calm.” “I kept thinking, ‘I don’t know how to do this!’ But then I remembered: I’ve been performing op-eds onstage for years at The Paper Machete for the most whip-smart of any audience. I’ve got this, and man, I could not be more grateful to Chicago’s performance community.” Stielstra has a new essay collection about fear, coming out from Harper Perennial. “This year I’ve written a lot about Chicago politics, and I realize how much I’ve learned from the youth artists I work with. Listening to their stories about our beautiful, complicated city has really shaped my ideas about where we’ve failed and how we can soar. Being on the receiving end of their pages is a privilege and I’ll work my ass off to earn it.”

28
Angela Jackson
“Dazzling” is how other Chicago poets describe Angela Jackson’s latest collection, “It Seems Like a Mighty Long Time.” Next year, the novelist, playwright and poet will release a sequel to “Where I Must Go” which won an American Book Award in 2009, as well as a biography of Gwendolyn Brooks on the centennial of her birth. Born in Greenville, Mississippi, Jackson grew up on the South Side of Chicago and studied writing and literature at Northwestern and the University of Chicago. She was nominated for a National Book Award for her poetry collection “And All These Roads Be Luminous: Poems Selected and New” and she has received numerous other accolades. 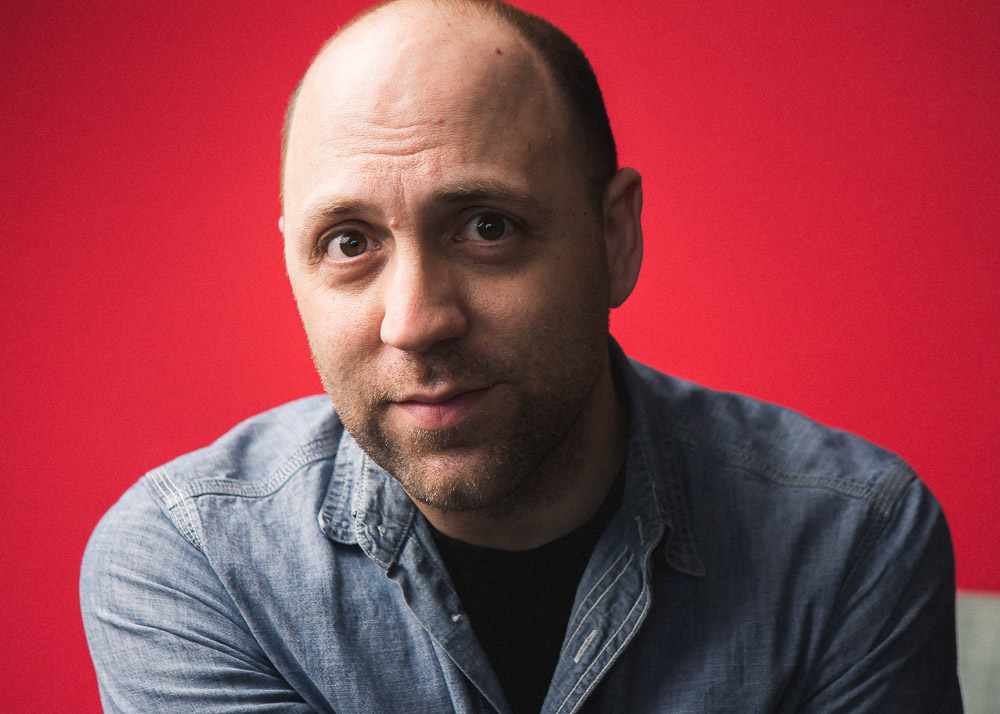 29
Daniel Kraus
In 1989 when Daniel Kraus was in eighth grade, he wrote a short story about a UFO landing in his neighborhood and spreading radiation sickness. Now he is a favorite young-adult author, whose work is described as chilling, macabre, bloody and shocking. Soon to hit the shelves is “The Death and Life of Zebulon Finch, Volume Two: Empire Decayed,” the second part to one of Entertainment Weekly’s Top 10 Books of 2015. “Trollhunters,” the illustrated novel that Kraus created with filmmaker Guillermo del Toro, has been adapted into a Netflix-Dreamworks Animation series, screening in fall. He won two Odyssey Awards for novels “Rotters” and “Scowler” along with a Parent’s Choice Gold Award, YALSA Best Fiction for Young Adults and Junior Library Guild selection. 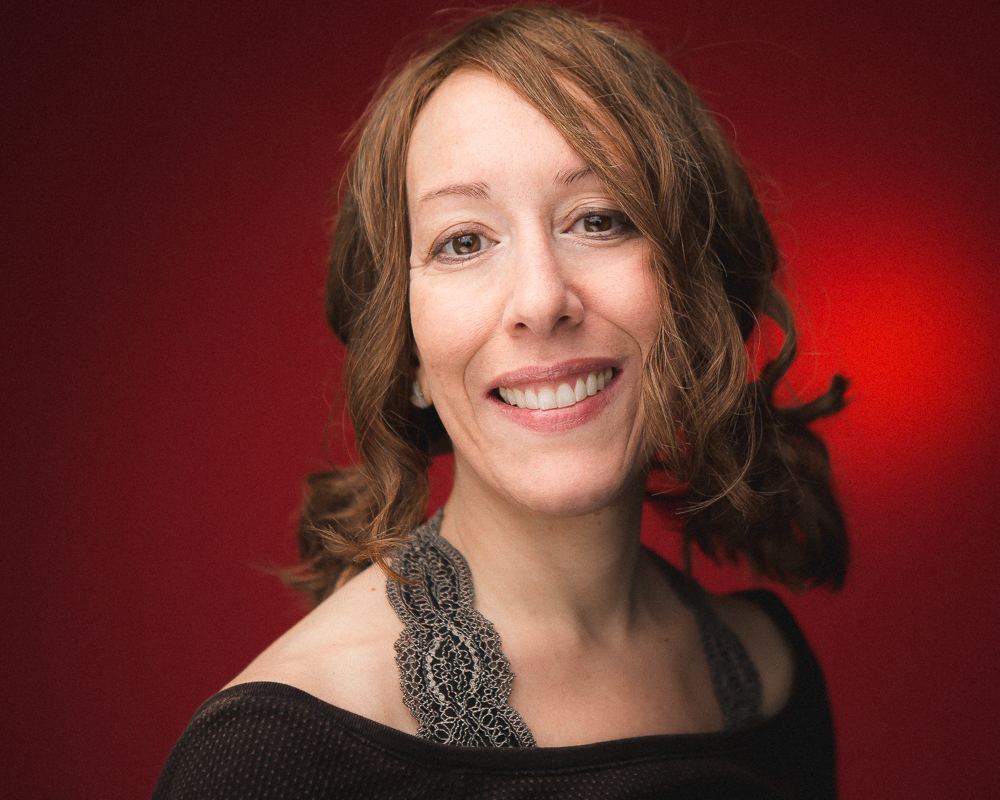 30
Gina Frangello
When we last profiled novelist Gina Frangello, she’d just published “A Life in Men” to near unanimous acclaim (The Boston Globe called it “ambitious, relentless and entirely unsentimental…A work of art”). The novel was subsequently selected for the Target Emerging Authors series, optioned for film and chosen as a book club selection for Nylon magazine, among others. This fall sees the arrival of Frangello’s widely anticipated follow-up, “Every Kind of Wanting,” about three families negotiating to have a “community baby.” Even aside from her writing, Frangello is an indefatigable figure in Chicago’s fiction community, having founded both the independent press Other Voices Books and the fiction section of the popular online literary community The Nervous Breakdown; she’s also served as the Sunday editor for The Rumpus, executive editor for Other Voices magazine and the faculty editor for TriQuarterly Online.