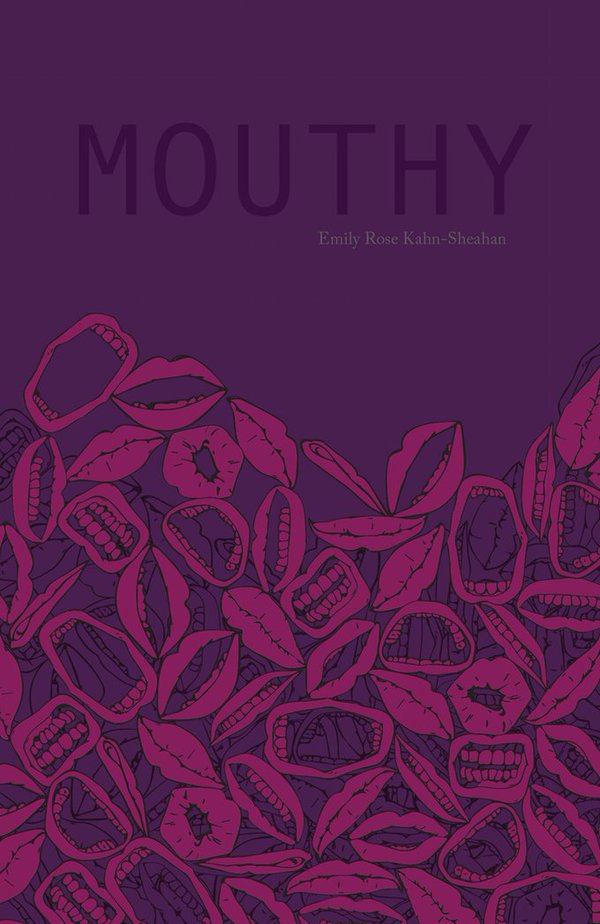 Consider the mouth: not only its anatomy—lips, teeth, tongue, uvula, gums and other parts—but the many functions of the orifice. It delivers food to the body, expresses love with kisses and communicates thoughts, ideas and opinions. It expels rage in response to myriad slights and injustices. Gender the mouth: in recent news, the mouths of powerful men have spewed shocking offenses and, like the Pied Piper’s flute, inspired multitudes to follow and obey. But what of the mouths of women? What happens when a woman dares to lift her chin, part her lips and speak her mind? Is she a rebel, a reactionary or just a mouthy bitch?

Emily Rose Kahn-Sheahan doesn’t know the answer to this, but her new collection of poems, “Mouthy,” propels readers into the mouth of a woman. She lets them tumble around, slipping over defiant proclamations, libidinous delights, aching confessions and a host of imprecations, remembrances and observations which set the lingual and lyrical world of women—and the cost for their articulacy—front and center. Kahn-Sheahan approaches each poem with a stark economy which allows the speaker of each poem the ability to be frank and unsparing. The collection’s opening poem wastes no time in setting the agenda for readers and establishing the speaker as an authority figure to be reckoned with:
You don’t like these sass red lips,
want the pretty to lay quiet, stop
causing all this fuss, but I got
firecracker teeth popping.

“Mouthy” expresses a self-assured elegance and an implicit argument about women’s self-expression through language and society’s reactions to it. As Kahn-Sheahan’s overarching conceit, the mouths of the women who populate this book speak lies when they desperately need to utter truth, confess secrets’ best-kept secret and lose themselves in reverie. Though several poems in the collection lose their energy before they actually get going, the poet’s investigations are reason alone to embark on a journey of her poetic landscape. “Mouthy” talks a good game. (Jarrett Neal)