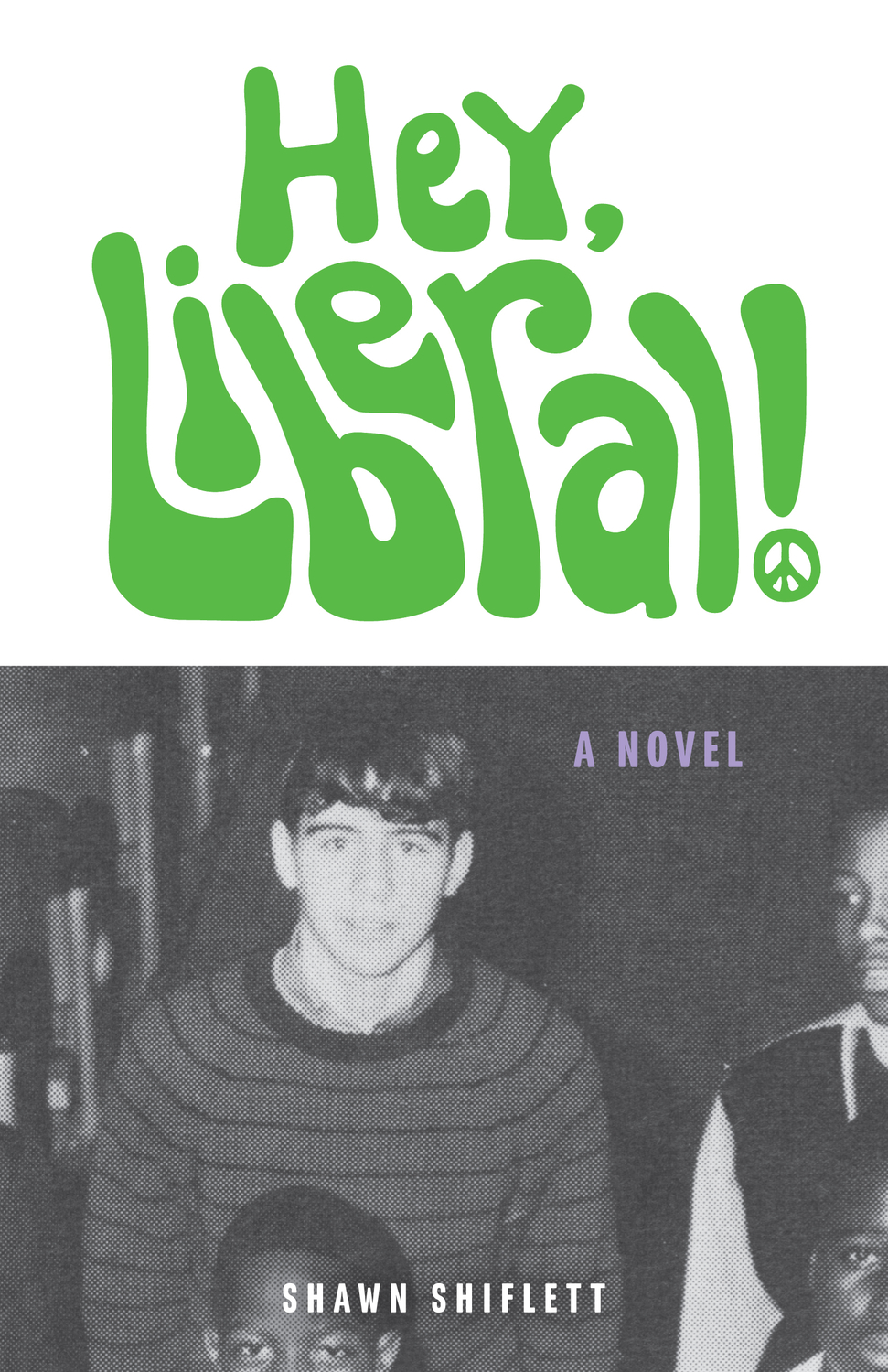 violence, riots, segregation, drug abuse, an out-of-touch education system and a police force riddled with racist, club ‘n’ trigger-happy cops, some who patrol your school’s hallways. Throw in a white mayor with zero tolerance for activists. For backdrop we’ve got the recent assassinations of both the most prominent civil rights leader of the twentieth century and a presidential candidate, set amid an unpopular, unsuccessful and seemingly never-ending war against a faraway people. Okay, where are we? Yup: Chicago. Too easy. The “when” is 1969, but tragically it pretty much could be now, as Chicago is again the postcard of the US of A.

Shawn Shiflett’s gritty, unflinching, and often funny novel “Hey, Liberal!” follows the misadventures of the white son of a civil-rights-activist minister who’s deliberately moved his family to a then-predominantly African-American, pre-gentrified Lincoln Park, blocks from Cabrini-Green, to do their part for desegregation. Simon’s dad makes his son walk the idealistic walk as one of the few whites at the local dilapidated high school, but he’s oblivious to the brutality, shakedowns and isolation that Simon endures almost daily, and Simon—typical teenager—doesn’t tell him, even when he comes home bloodied. The parents might seem a little John Hughes-y, but the kids veer more toward Scorsese.

This is a story about surviving adolescence and figuring out how to take a stand. Shiflett is adept at capturing teenage angst and vernacular, as well as the uncomfortable and awkward ways kids navigate friendship and shift alliances. Chicago is as much a character in this novel as any of the people. As in his earlier novel “Hidden Place,” Shiflett, a professor at Columbia College, grapples with the universal themes of culture clash, racism, and the haves versus the have nots. Riots in the streets beget riots in the school, and Simon has to blindly thread a needle to save himself. (Kate Burns)