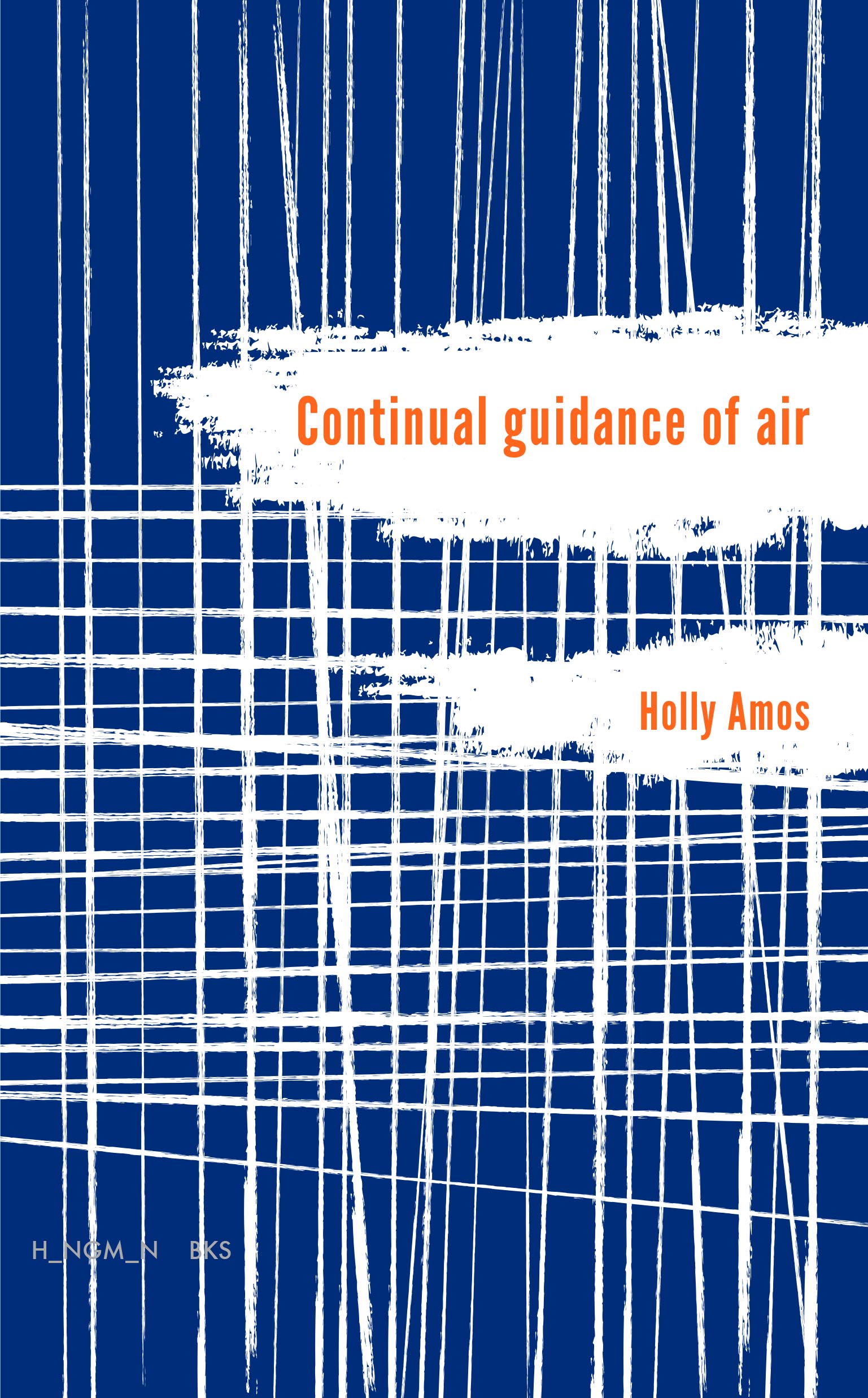 An exhibition at the Art Institute of Chicago in 2014 showed a retrospective of the artist Christopher Wool. If you are unfamiliar with his work, let me describe it: black brushstrokes thick and fluid, graphic, on almost bare white canvases. His work is characterized by absence and space, erasure and the smothering of paint in his medium.

Holly Amos, poetry editor of Pinwheel Journal and co-curator of the recently ended The Dollhouse Reading Series, uses this effect in her new collection “Continual Guidance of Air” through her own uniquely shaped line breaks and blocking of space. All poets do this to an extent; however, Amos designs her poems as glittering cascades in form and image.

In this poem, Amos arranged the spacing so that the first, second and seventh lines are indented left, causing the eye to trickle down these words as though they’re one poem, the rest into another, as rocks diving a waterfall. Yet they can also be read together, giving readers the option to experience Amos’ work as a prism, light carefully refracted into an array of colors. Amos employs this method in other poems, varying in themes from personhood to animal cruelty to broken-heartedness, and moves us in crushing imagery from hunting deer to hitting “the wrong part,” to cities and subways, exploding stars, love and chicken feet.

“Continual Guidance of Air” feels like a journey, one of migration from rural life to the city, from innocence to enlightenment, and the complications that ensue once one attempts to reconcile with the past. This is likely because events in Amos’ life, such as her vegan conversion, her migration to Chicago, and personal beliefs and losses, have all inspired “the poems in [her] chest.”

Though the book is not balanced thematically, it is a beautiful read. Amos begs us to contemplate how “a star implodes for less/than the weight of a bird.” (Jael Montellano)