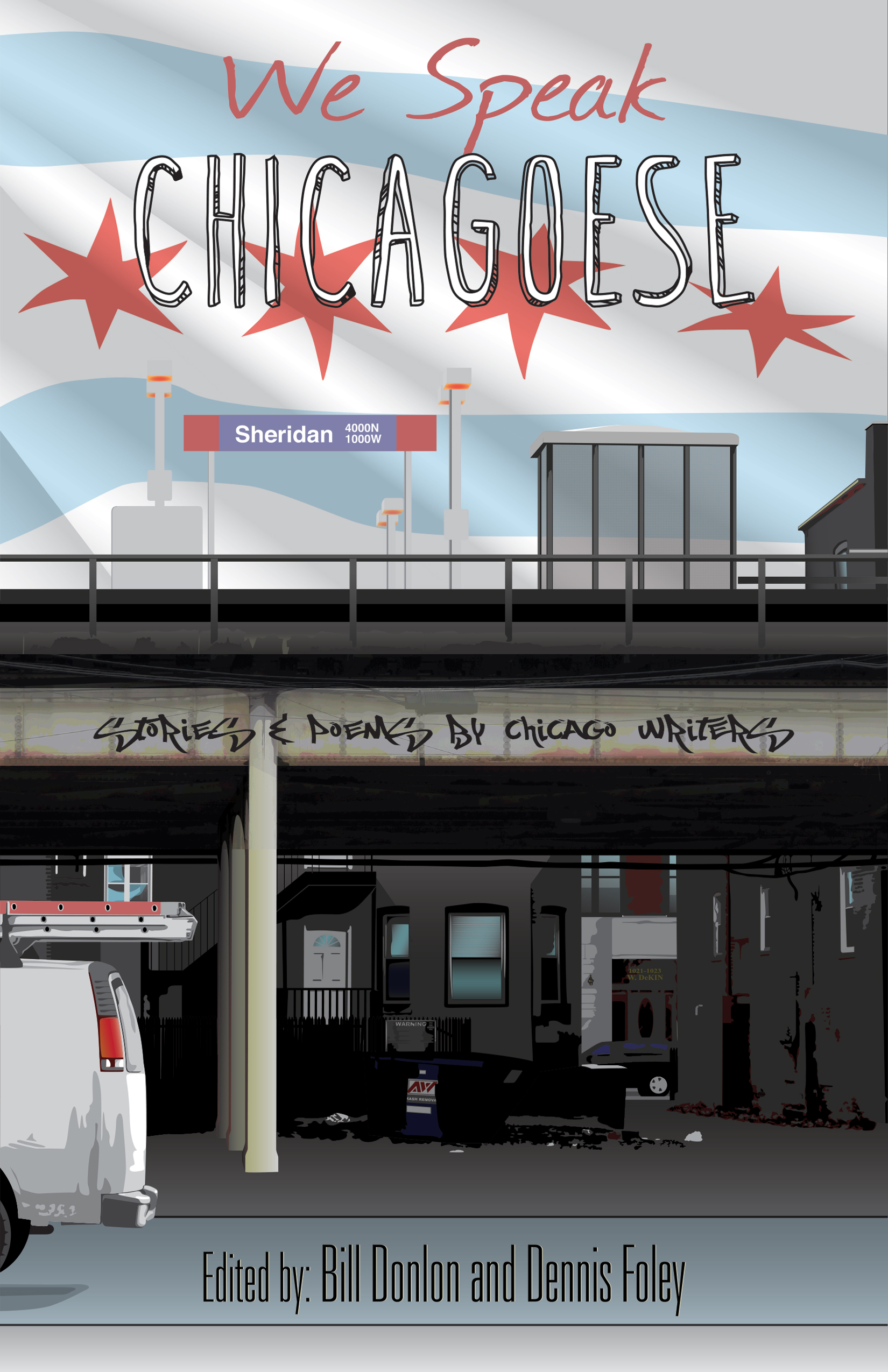 Contrary to the promise of the title “We Speak Chicagoese: Stories and Poems by Chicago Writers,” this book makes it plain that there is no singular Chicago, nor one specific vernacular spoken. The authors take us from Foster Beach to Englewood, from Edgewater to Marquette Park, from the Loop to Humboldt Park and the diction and perspective shifts along the way. Much of what these writers see is long gone—the stockyards with their attendant “brown wind,” the steel mills of the south, Bear and Bull wheat markets of yesteryear’s Board of Trade, cars like the Trans Am and Monte Carlo, legends such as Nelson Algren and Studs Terkel.

Some of the storytelling recounts the good old days, or the bad old days, capturing fragments of a city before my time. Some are funny, such as Stuart Dybek’s “Field Trips” about a Catholic school visit, led by nuns, to a women’s prison occupied by prostitutes. Some are sharp coming-of-age stories, like Patricia Ann McNair’s “Back to the Water’s Edge” about park-ups on the beach with boys. “Looking for Work in America” is a timely poem about an immigrant’s experience of war, hardscrabble and eventual ease.

It is an uneven collection, unified by Patrick Foley’s sixteen photographs of Chicago landmarks, train tracks and snowy streets. The strongest pieces are those which are not just backward-looking, but are rooted in present time, or are surprising in language and content. Eric Charles May’s “A Secret Life, Mrs. Motley of Parkland, Chicago” remembers moments in an elderly woman’s life, while situating the reader in her present—a tender, intimate movement. Quraysh Ali Lansana’s “dead dead” considers the ubiquity of death—in the shooting of an already dead gangster, a drive-through funeral home and among the “corpses” that walk his block. John McNally’s “Working Stiff” traverses an entire working life and skewers the American Dream. Reminding us that this is a bifurcated city, RJ Eldridge writes in “Englewood”—