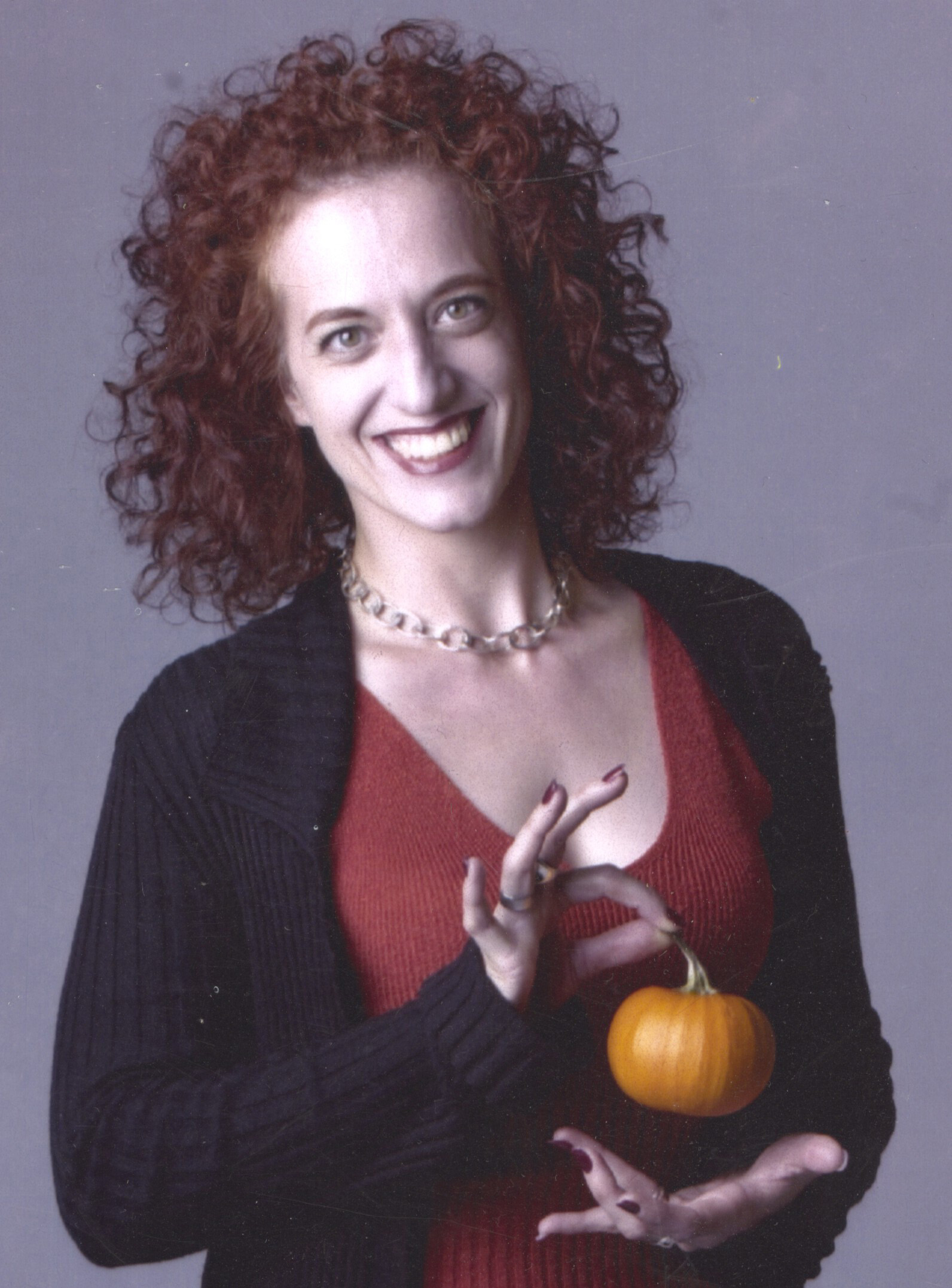 One of the top female comic artists in the industry today, Jill Thompson is known for her work on DC Comics’ “Wonder Woman” series, “Swamp Thing,” “Black Orchid,” award-winning “The Sandman” with Neil Gaiman and the children’s book, “The Scary Godmother.” I was overjoyed to have breakfast with the writer/illustrator and ask her some questions about her forthcoming stand-alone graphic novel for DC, “Wonder Woman: The True Amazon.”

What is your earliest memory of Wonder Woman and what kind of an impact would you say she had on you?
Everyone is going to be super disappointed. I did see Wonder Woman on TV and like every girl who saw Lynda Carter twirl around, I played many a Wonder Woman imaginary game. But I was not interested [in Wonder Woman comics] because I found her to be extremely boring. The important female characters to me growing up were Kitty Pryde, Jean Grey Phoenix and Storm. The one superhero comic that I found—when I first started reading comics that my dad brought home from a newsstand—was “Run for Your Life Kitty Pryde.” That was my superhero lady jam. But my first job at DC Comics was working on Wonder Woman as an artist…I went back and read all of the Wonder Woman that George Pérez had written, plus other Wonder Women—and it hit me completely different as a young woman versus as a little girl. I found so much that I loved about her and immediately felt connected with her. I liked the mythology that George Pérez brought into his run of Wonder Woman.

Did you pursue this project or did it pursue you?
I actually pursued this project. I pitched it to people at DC many, many years ago and I did not get a ton of response. Then at one Chicago Comic & Entertainment Expo, I cornered Jim Lee [a co-publisher of DC]. It was later in the evening and we were at the hotel bar. I kind of cornered him and said, “Jim, I’ll buy you a drink. Listen to this Wonder Woman pitch I have.” I told him the story. He smiled, said he liked it. But months went by and I never heard anything, then I got an email and a text from him saying, “This is your editor for the Wonder Woman project and it’s going to come out here and we’re going to do it like this.” I had thought my story idea was completely gone. But he hadn’t forgotten about it. He said, “I’m sorry it took me so long to get back to you. I just had to find the right place for it so you can do it the way you want.” 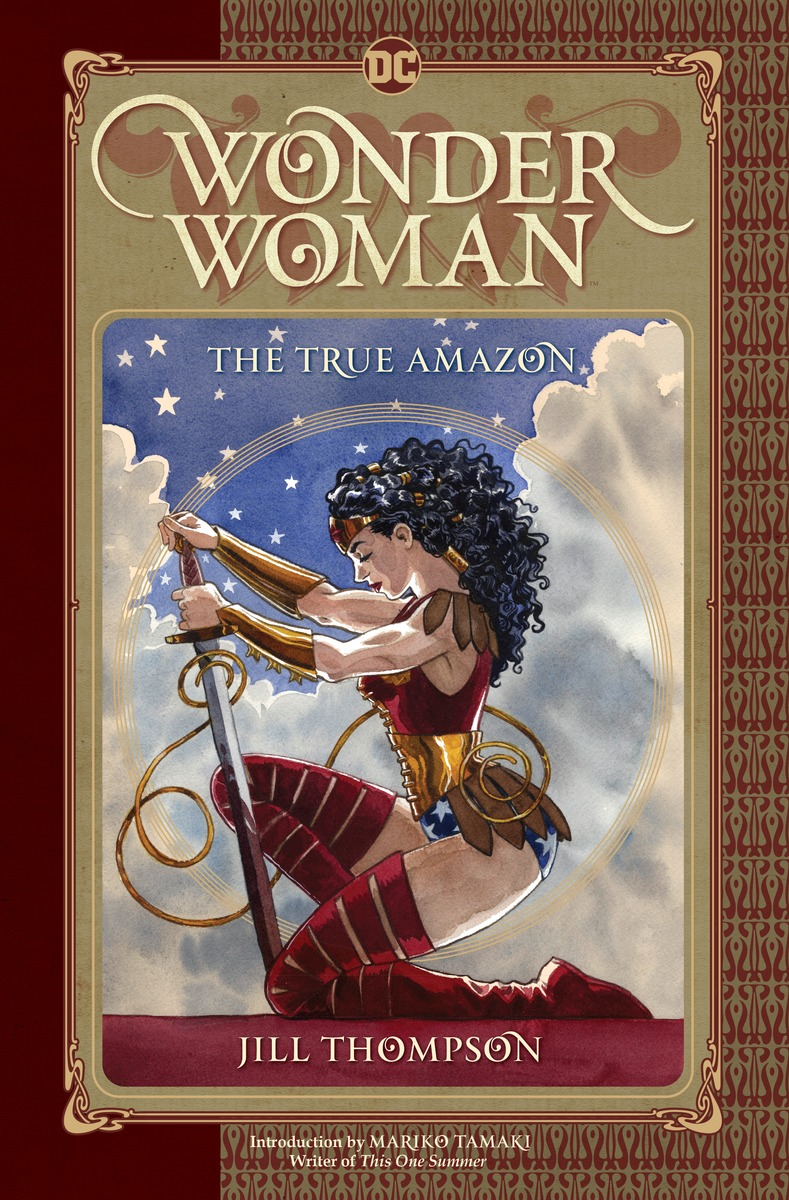 Heroes generally embody or mirror certain values or struggles of humanity at a certain time and place. What would you say Wonder Woman reveals about ours?
I think one of the overall themes that comes out of this graphic novel is your actions have consequences, how you treat someone is extremely important and there are certain things we have to overcome to become better people. I really think our job on this earth is…not even as heroes, just as regular people, to take care of each other, to have community, to make the world better, to make beauty and art and to leave the world a better place than how we found it (which we’re not doing the best job of), but also to protect those who need protection, to care for other people, because there’s so much benefit. And you can be a very strong independent person and still care for other people.

The artistry in your book is stunning. From what sources did you draw to inspire your depictions of an ancient city and landscapes? Did you use models for characters in the book?
I used no physical models for characters in my book. There were types that I wanted to portray. I wanted everyone to be different. I wanted it to be inclusive. I wanted the Amazons to be every size, shape, color. So I made sure I had people that everyone could see and relate to. Hippolyta, all of her clothing, I decided I wanted it to be Erté inspired. Culturally, I took a lot from Minoan culture. And I really love the city of Cinque Terre in Italy. I love the cliffs and rocks, the way the streets are and the colorful houses and the ochre color and paint. I wanted it to be more colorful, maybe Egyptian, Minoan, Cretan. I mashed it all together and made up something. I like making things up more than using specifics.

People have always had mixed feelings about Wonder Woman’s portrayal. Some complain it’s sexist while others revere her combination of brawn and beauty. What are your feelings? What were you going for?
She can’t look like everybody else. I feel if she’s a hero, she should have her own proportions. As an artist, I have been taught to draw things…a little more exaggerated than they are in real life because it flows better, it looks better. I draw her a bit more muscular, but I think she’s entirely feminine. She also is, if you want to go there, one-thousand-percent sexual…has no inhibitions. Her whole attitude is very confident and aggressive, but regal. And I tried to draw her like that.

What can we expect next of Wonder Woman?
There’s plenty of other Wonder Woman material that DC is putting out right now.

Is this part of a reboot then?
No, mine is just a stand-alone graphic novel. There’s a continuity that’s happening in DC’s regular monthly comic that Greg Rucka is writing and Nicola Scott and Liam Sharp are illustrating. There are online versions of Wonder Woman that have different origins. Grant Morrison and Yanick Paquette are doing a “Wonder Woman: Earth One,” a different reality, their version. So, there’s a lot of other things happening. But as far as mine, mine is a stand-alone thing. I would like to do more of them, but completely stand-alone stories. I don’t want to be caught up in a monthly continuity, but I like the universe I created and I could see doing other things with her. And of course everyone is waiting to see this movie that will be out next year.