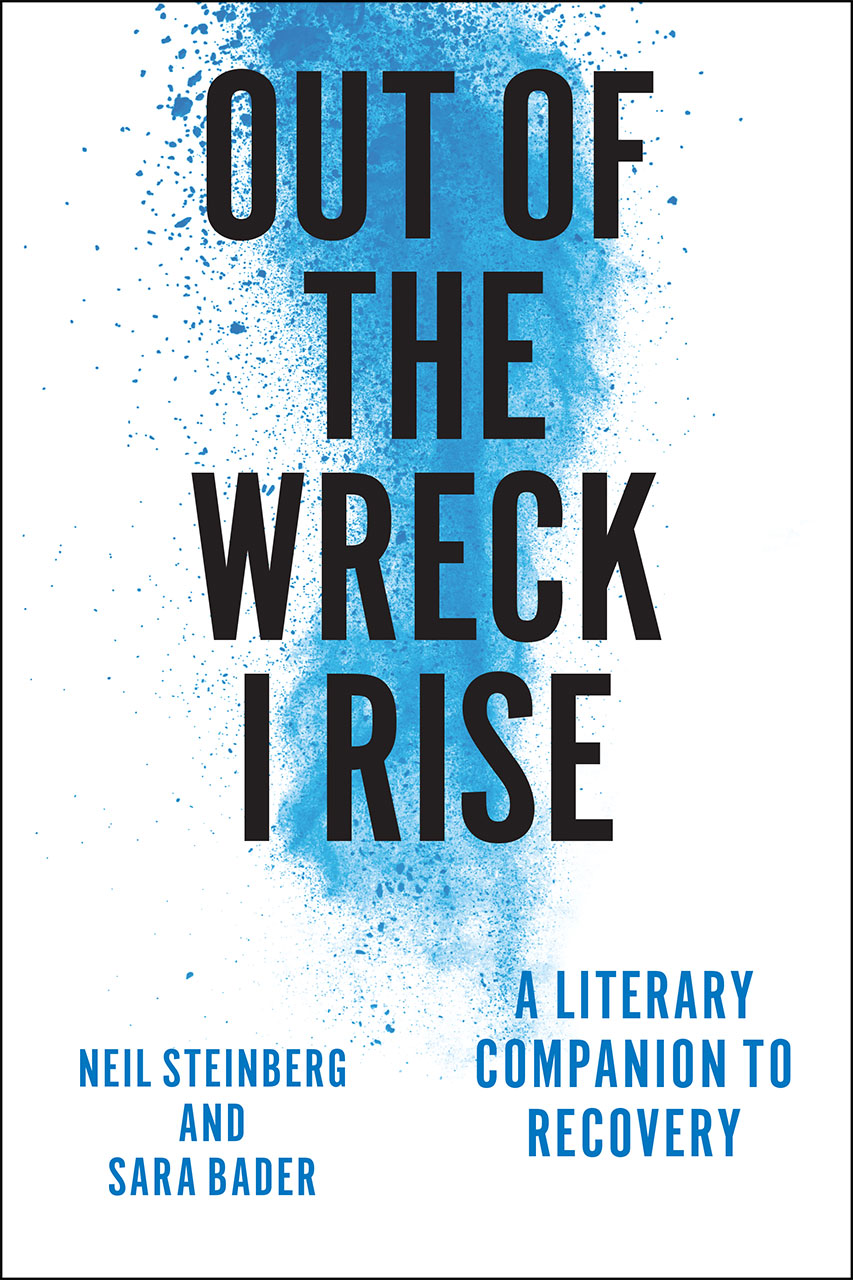 An old friend posted a status on social media recently, commenting on his twenty-nine years of sobriety. This seemed to me as marvelous an achievement as any degree, professional success or journey of parenthood that I had secured—more hard won. This thought echoed when I read, while addiction “is often romanticized, recovery is the true path of the hero,” in “Out Of the Wreck I Rise: A Literary Companion To Recovery.” It’s easy to become afflicted, but torturous to climb out of the trap.

The book, a collection of quotes and commentary, is designed to help the addict get started getting sober and to inspire continued recovery, through setbacks and tumbles. It provides insight for friends and family members also. The authors, Neil Steinberg and Sara Bader, believe that poetry and philosophy can help. “Other people’s words are the bridge you use to cross from where you were to wherever you were going,” suggests British writer Zadie Smith. The book sets out as a guide for readers, drawing on the wisdom of writers such as Seneca, Samuel Pepys, Dante, Mary Oliver, John Berryman, John Cheever, J.K. Rowling and more.

Literature’s great wonder is its ability to take the reader into the experience of others, to elucidate an experience and drive us to greater understanding. I’m not an addict, but I have friends who are or who teeter on the edge. Reading “Out of the Wreck,” I recognized despair, shame, fear and the deep loneliness of those grappling with the illness. As John Cheever writes: “The nature of this sorrow is bewildering. I seek some familiarity that eludes me; I want to go home and I have no home.”

The book ramped up my compassion for friends who frequently seem to sabotage efforts to get them well again—such is the nature of addiction.

The section on relapse is heartbreakingly sad, including words left behind by Spalding Gray and Philip Seymour Hoffman, men who died earlier than ideal. Structured like the road from addiction to sobriety, the book ends with hope and an acknowledgement of courage: “You have been as brave as anybody I’ve known,” writes Marlon Brando to Tennessee Williams. “You probably don’t think of yourself as brave because nobody who really has courage does.” (Toni Nealie)

Out of the Wreck I Rise: A Literary Companion to Recovery
By Neil Steinberg and Sara Bader
The University of Chicago Press, 256 pages, $22.50

Gotta read this, what the heck am I waiting for?