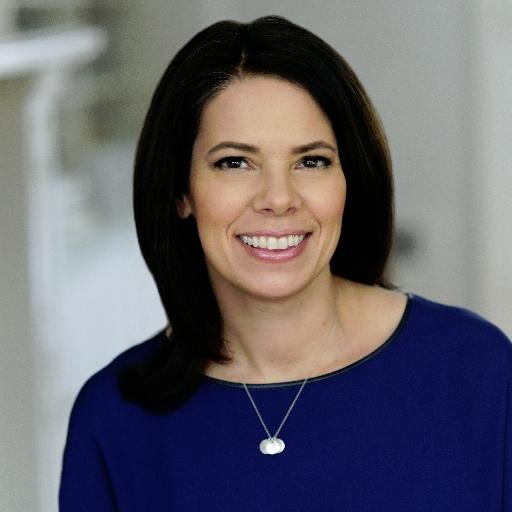 Although Thomas Jefferson, Langston Hughes and Carl Sagan all identified as non-religious, most American history makers and ordinary people have identified with a religion. After Jefferson, all American presidents identified as Christian, swearing in on the Bible. However, America has gradually become more secular. Today 36.1 million Americans, roughly twenty-three percent of the population, mark “none” when asked which religion they identify with. Katherine Ozment is a “None.” In her new book “Grace Without God: The Search for Meaning, Purpose and Belonging in a Secular Age,” she dissects her own secular spirituality, by diving into the lives of those with and without religion. Both her reporting and prose give readers a sense of grace that not only helps us understand the rise of “None,” but also looks at why humans were drawn to religion in the first place. Katherine Ozment was a senior editor for National Geographic, and has been published in Salon, The New York Times and elsewhere. She recently sat down with me to talk about the book, parenting, writing and the value of community.
What does your religious community look like, especially now that you have completed the book and done all of this research?
I wouldn’t say I have a religious community, but I have a secular community. As I was writing the book we moved from Boston to Hyde Park. My husband grew up a block from where we live. First, we are connected to the past in a way we weren’t in Boston. His parents have both died, but we see their friends and I meet people in Hyde Park who knew them. So there is this connection through time that one sometimes loses when they lose religion.

Hyde Park also has an interesting mix of religious institutions, such as seminaries, churches and synagogues, but there is an undergirding of secular humanism there where people really value diversity, evidence and scientific knowledge. It also has a strong history of community service. There is this idea that we have to help others and work together to make the community better. It’s not just about us. I think people looking for a religious community, but who are no longer religious, can look for that in their own neighborhoods. Everything is right there, you just have to make it happen. 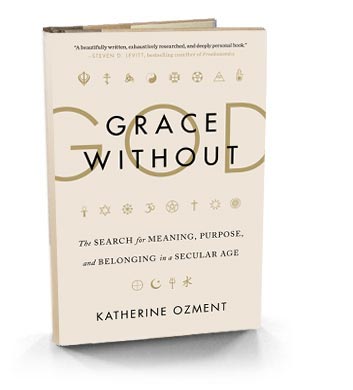 More millennials are “Nones.” Do you think it’s harder for them to have a community?
I think they are doing it in different ways and time will tell if these ways are as supportive and nurturing. The religious have a profound sense of responsibility to their community, for better or worse. Some people call that tribalism, but they still come together in times of great need. My question for millennials is: who are going to be those people for you and will those tribes you have last?

We are also such a mobile society. We have these curated social experiences on Facebook and on Twitter and yet they are so idiosyncratic. You have to wonder, if someone else’s ideas aren’t exactly lining up with yours, can you make space for them? It may seem counterintuitive, but in a religious community everyone in the church is, say Baptist, but within that group there is a lot of variety of people. So you bring together people from different backgrounds. The research shows that nowadays we tend to glom on to like-minded people.

Can writing create community?
When I am at a writers’ conference or a writing group, or even an independent bookstore I feel like I am with my people. We get each other. There is this wonderful writer’s collective in California, called the San Francisco Writers’ Grotto, of which I am an ongoing nonresidential member. I remember the first time I was there, another woman said, “well, my father was murdered and I am writing a book about it.” I was just struck by the sheer honesty of that. These writers are just going to tell you the big thing that is driving them and that thing is the story they are telling.

We, as writers, aren’t pretending to be perfect people living perfect lives. We are talking about really hard things. What I find in great writing communities are people wrestling with the human condition in a really honest way. That is where I feel at home.

Does writing impact your spirituality?
If you define spirituality as I do, which is a deep connection to the larger system of things, I can feel that with writing. To be a writer you need a heightened awareness of everything. You see stories, you notice details, you watch and listen more closely. For years I wrote a parenting blog and I had to write a piece once a week for Boston Magazine.

I found it made me find meaning in everything my kids were doing because I knew I had to write a story about it. I always tried to figure out how it fit into the bigger picture.

Interestingly, that is what religion does, it reminds you of the big picture. If you are sitting still or singing or praying in a church, it is a contemplative time. Writing is the same. So maybe writing is my spiritual practice.

Does religion have something to teach you about writing?
That is interesting because religion passes down stories from generation to generation. It is all about the stories and the symbols in them. Growing up, I distinctly remember what the ups and downs of a sermon sounded like. Writing an essay is often like a secular sermon; it isn’t preachy necessarily, but it has this sort of cadence and depth to it.

What has been your most surprising reaction to your book so far?
I was expecting more backlash, but I have been so surprised by how thoughtful people are. Both religious and nonreligious were so engaged. There is a whole group of people who are interested in this topic.

There are fringes of extreme belief and behavior, but there is a huge middle. It makes me very upset when people think that all religious people are this way or all atheists are that way. It’s just so not true. Many of the religious people I interviewed want to understand people like me. It doesn’t come from a place of judgment, it just comes from a sheer curiosity. Maybe that is what binds us—curiosity.

What is the next story to be told about a more secular life?
There is still a story to be told about how my kids are going to make sense of all of this and I don’t know the answer to that. It took me a while to get to this place, but if my kids end up religious, I have done my job because they will have actually struck out on their own path. They have found a way to make meaning that isn’t just a clone of what I did.

As a parent, writing about your kids you try hard not to attribute thinking to them that they haven’t actually stated. I can’t tell their story for them. I won’t see until their adult lives whether or not this was a bad decision on my part. I don’t know. I am hoping for the best. I know they are happy and I have heard they are good people at school and such. That is as much evidence as I need right now.

“Grace Without God: The Search for Meaning, Purpose and Belonging in a Secular Age”
By Katherine Ozment
Harper Wave, 320 pages, $25.99