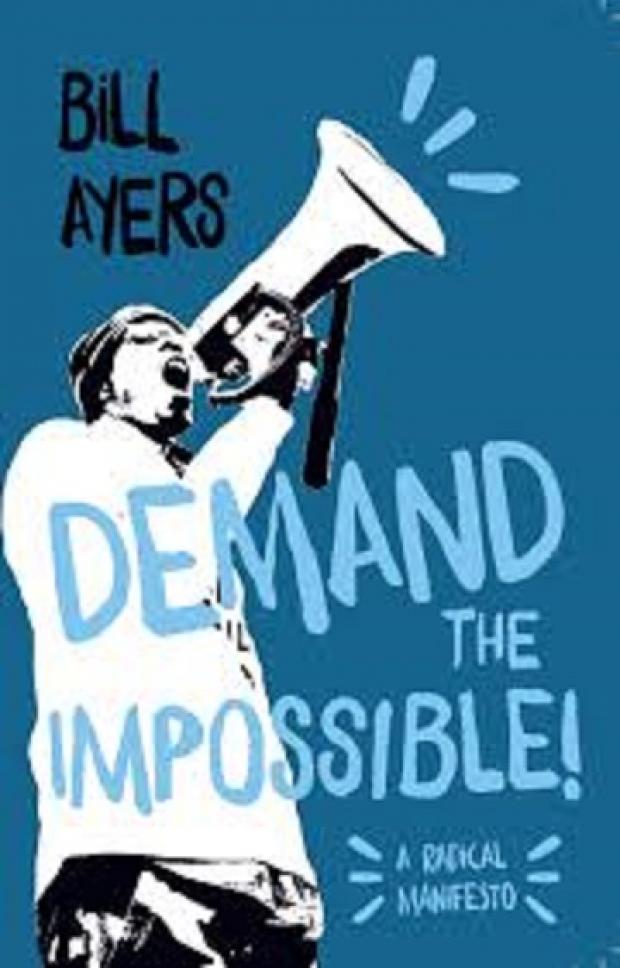 It takes courage and non-rational thinking to dare to envision a different world, says former University of Illinois at Chicago professor, Weather Underground founder and 2008 presidential campaign lightning rod Bill Ayers. In “Demand the Impossible! A Radical Manifesto,” Ayers links social change to the power of imagination. The book is divided into sections according to cause, including free health care, military disarmament, freedom-based primary education, environmental protection and ending police brutality. Many chapters skew toward passionate and compelling outlines of these daunting challenges, with only a quick call at the end to fire up our collective imaginations for solutions. Perhaps it’s foolhardy and ill-advised to look to Ayers for all the answers. Still, it’s no coincidence that the chapter on prison abolition, which includes a list of concrete steps toward “de-carceration,” is the most grounded and creates the greatest sense of urgency.

Ayers summons many alarming statistics to capture the breadth of the current predicament, including how the “civic death penalty” ensnared and disenfranchised more black people in 2004 than in 1870, and that as a country we spend more per year, per child, on juvenile detention than on education. While some readers may be aware of these grim realities, Ayers insists that simply recognizing these problems is not enough. Inaction, even by those who are informed and sympathetic, is counterrevolutionary, since “silent recognition is simply complicity.”

“Impossible” is aimed at activists, organizers and those already committed to the cause, and as a consequence, it doesn’t spend much time trying to convince the nonbeliever. One exception is when Ayers recalls when a group of Tea Party-supporting bikers sat in the front row of one of his lectures. In this passage, he reframes issues of taxation to start fresh discussions and interact with citizens whose views are seemingly calcified. Imagination is an act of courage, and this book posits that once we begin to imagine the world as it could be, “the status quo becomes suddenly, shockingly unendurable.” (Timothy Parfitt)