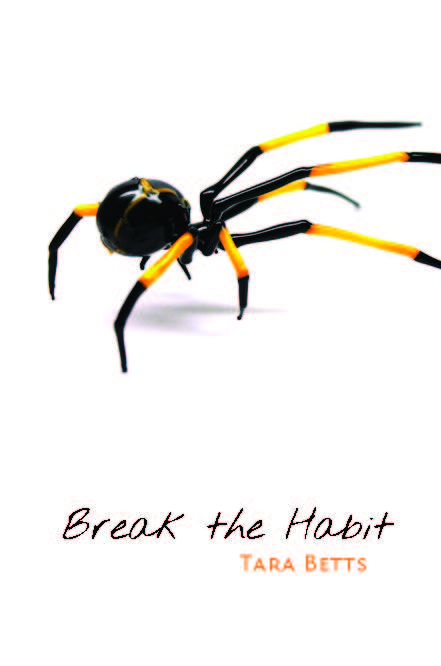 Tara Betts’ newest collection rushes out the door, somewhat half-dressed, keys in hand. The book opens with bullets, names of murdered black Americans and Chuck D’s urgent lyrics. Then, Betts shifts her focus inward, toward the “history that I thought I could write.” This admission of humility is neither Betts giving up on her autobiography nor her ability to capture it in words. In fact, the book’s richness comes from the details from a life well-examined.

The lean, ninety-four-page collection is most powerful when it slows down, taking its time to chart the smaller moments of aloneness and the flattened satisfaction of being alive after experiencing a loss, such as divorce. If some readers feel excluded by poems about the aftermath of divorce or the troubles of normative gender roles, others will relish in Betts’ brand of close-to-the-chest vulnerability.

Betts has written three other collections, received her Ph.D. from Binghamton University, and teaches at the University of Illinois at Chicago. She is no stranger to the joys and limits of language. For her, poetry might be nothing more than “recursive, inexact reflections where we see just a little bit of each other.” Inexact or not, seeing even a little bit of each other is more than most poets accomplish.

The book is filled with deep, un-romantic examinations of the ruptures of domesticity and the distances that follow intimacy. Spiders (yes, spiders) teem through the book’s final section casting itself in the web of poetry’s past. Angela Jackson, Gwendolyn Brooks and Robert Frost’s “Design” haunt the poems that close the book. In “Spiders are Storytellers,” Betts zooms in on the “tensile silk” between human beings that can only be observed by those with the wherewithal to look close enough.

Betts does not divulge all of her poetic weaponry here. In this book, she pauses, just long enough to break from the habit of her life. What will come next from Betts should startle us and make us regret why we hadn’t discovered this gifted poet sooner. (Jan-Henry Gray)