After the tumult of the election, the Dakota Access Pipeline confrontation, ongoing violence in our city, nation and world, it could be tempting to curl up with the latest National Book Award winner, “The Performance of Becoming Human,” by Chicago-based poet Daniel Borzutzky. You could wonder, as he does, “But where is the light and why does it not come in through your bloody fingers?” You could ponder his question, “What do you make of this darkness that surrounds us?” Then you could get up and join our local literary community in looking to the future—to a year of activism, discourse, vigilance and celebration of words.

“Language is a major part of what is going on politically in America right now and I think writers have an important role to play,” says Aviya Kushner, a columnist, author of “The Grammar of God,” and faculty member at Columbia College Chicago. “We can insist on precise meanings for words and terms and we can be the first line of defense when politicians make lies sound like truth. This guarding of truth is essential work. As The Forward’s language columnist, I have tried to react quickly to developments that directly involve language. So when the Associated Press issued guidelines on using the term ‘alt-right,’ as well as a definition of the term, I wrote an essay in response, outlining what I think the AP got wrong and what it got right. I believe the U.S. Holocaust Museum’s recent statement is relevant to all of us; the museum pointed out that ‘The Holocaust did not begin with killing; it began with words.'”

Writers and readers can organize by coming together as a community, which is what #WritersResist plans. Writers will hold public events around Chicago on January 15. In coordination with PEN America and the New York City Public Library, and in concert with thirty other cities around the world, these events will occur simultaneously in Chicago to educate and encourage engagement. Event director Ruben Quesada says, “We’re resisting passivity and encouraging active participation in civic life.” 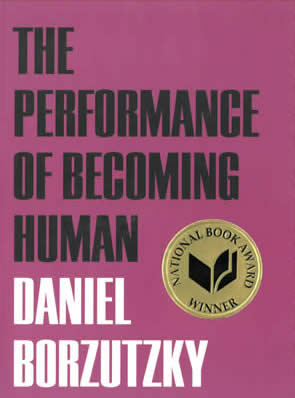 Bookstores are also devising proactive programs to provide education and solace. Andersonville store Women and Children First is launching a new series called ACTIVISM, where a local social justice organization will present on the second Wednesday of every month. Owner Sarah Hollenbeck is also working with several local women authors to create a fresh author series. They aim to bring together “writers and other artists to address the intersection between writing and activism and the responsibilities of the artist.”

Virtual meetings are happening too. Alba Machado and Jess Millman set up Chicago Activist Writers as a Facebook gathering spot for sharing information with like-minded writers.  “We hope to host some intense, productive discussions here, to compile helpful craft resources for writers, and to let CAW serve as its own small forum for the activist writing community,” says Millman.

Author of “Romantic Violence,” anti-hate activist and Emmy Award winner Christian Picciolini continues to speak out against white supremacy, violent extremism and radicalization. “Hatred is born of ignorance. Fear is its father. Isolation its mother. As creatives, writers, journalists, artists and teachers, it is our duty to be activists against hate and prejudice,” he says. “Activism doesn’t always mean protesting on the streets, as that’s not everyone’s cup of tea, rather it means contributing to change in our own ways—creating positive messaging, writing about the hard to discuss topics, reporting news focused on bringing about justice, creating art that inspires and enlightens, and teaching our next generations the power of social good. If we educate, we reverse ignorance. If we build bridges to understanding, fear and isolation dissipate. We need to use our skills to be activists in our own special ways.”

The city will celebrate the centennial of our national treasure, poet Gwendolyn Brooks. The eighteen-month multidisciplinary initiative, “Our Miss Brooks 100,” begins with a reading of work by the five Black Pulitzer-winning poets at the Art Institute of Chicago on February 2.  Artistic director Quraysh Ali Lansana and Sandra Jackson-Opoku edited “Revise the Psalm: Work Celebrating the Writing of Gwendolyn Brooks,” due out in January.

Readers can look forward to new collections forthcoming from essayists Samantha Irby and Megan Stielstra, along with novels from Kathleen Rooney, Jac Jemc and Rebecca Makkai. “The Great Believers,” Makkai’s novel, is set at the height of the AIDS epidemic in Chicago. During her research, Makkai came in contact with survivors, health workers, civil rights lawyers and activists who fought for justice in the midst of injustice. “One thing several people have said to me in remembering that time is that you ‘can’t live in crisis mode.’ I’m coming to understand this more and more. But their actions have shown me that you can indeed live in a mode of constant compassion and advocacy and resistance and courage. Which is precisely how I plan to head into 2017.”