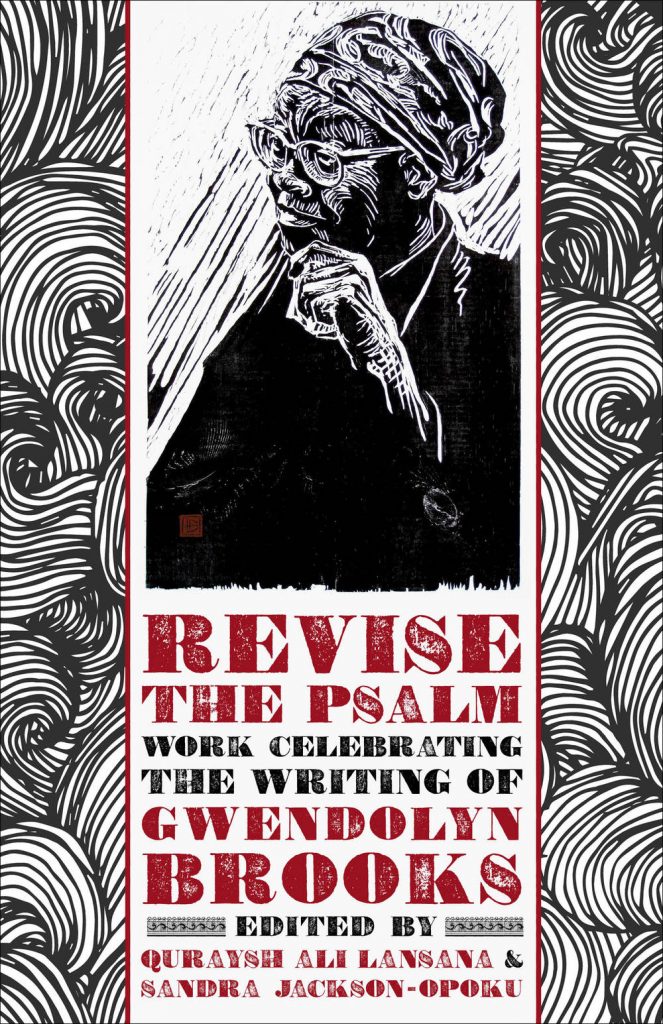 Into the kitchenettes Gwendolyn Brooks takes us, into the alleys, the bars, the street corners, with her sonnets and ballads, blues and jazz. With her eye for the everyday, and her ear for the musicality of African Americans, Brooks was one of the foremost twentieth-century poets and remains a major influence on today’s poets, musicians and visual artists. One hundred years after the poet’s birth, Quraysh Ali Lansana and Sandra Jackson-Opoku honor her with their anthology “Revise the Psalm: Work Celebrating the Writing of Gwendolyn Brooks.”

Lansana met Miss Brooks, as she is known, in 1993 when he was working with Michael Warr and the Guild Literary Complex. The Pulitzer Prize winner wanted to hold an annual open mic poetry contest and award the winner $500, “not Illinois Poet Laureate cash, a personal check from her own pocketbook.” She later became Lansana’s professor, mentor and friend, in what he describes as a “loveship.” The anthology is both scholarly and intimate, a “praise-song” of a generous, eloquent writer, teacher and activist who provided insight into the Great Migration, the civil rights movement, Black Power and the lives of working class and poor African Americans. 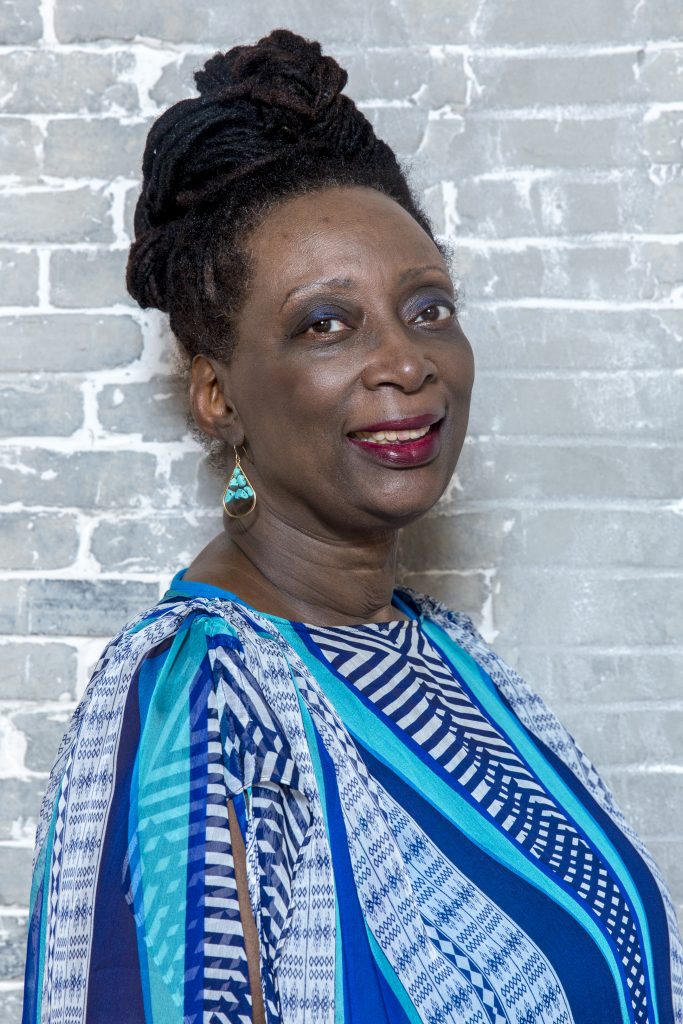 The editors describe the collection as a “literary and artistic revision, the process of ‘talking back’ to works that inspire, teach, challenge and engage.” They chose work that “has ‘Gwendolynian’ elements in theme, style, form and voice.”Among the national poets, fiction writers, playwrights, photographers and painters are Chicagoans, including Kalisha Buckhanon, CM Burroughs, Kevin Coval, Angela R. Jackson, Dasha Kelly, Mike Puican, Kevin Stein, Regina Taylor and Keith Wilson. “Most of these are unpublished and/or unproduced works created for the anthology, although there were some previously published or produced pieces that we could not resist including: Roy Lewis’ iconic 1960s photographic portrait, a poignant tribute by former poet laureate Rita Dove which was delivered at the Furious Flower Poetry Conference and an intimate letter by the MacArthur ‘Genius’ award-winning writer, Sandra Cisneros.”

The book asserts Miss Brooks’ position in the American canon. Lansana suggests she has been under-appreciated because of race, gender and timing. She won her Pulitzer Prize in 1950, and it took another thirty-six years for another black woman, Rita Dove, to win. The literary establishment did not view black poets as artists, instead considering their work “ramblings of angry people, rather than art,” explains Lansana. When Miss Brooks moved to Third World Press in Chicago and Broadside Press in Detroit, the New York publishing establishment turned away. As her aesthetic changed and there was a contextual shift in her writing, some critics believed her writing to be “dumbed down.” The more overt her concern with blackness, in what some deemed “service literature,” the more her relevance to the canon was questioned. However, Lansana says her early work was also revolutionary. “She wrote of the black urban experience, she was a voice for women, especially women of color and particularly black women.” 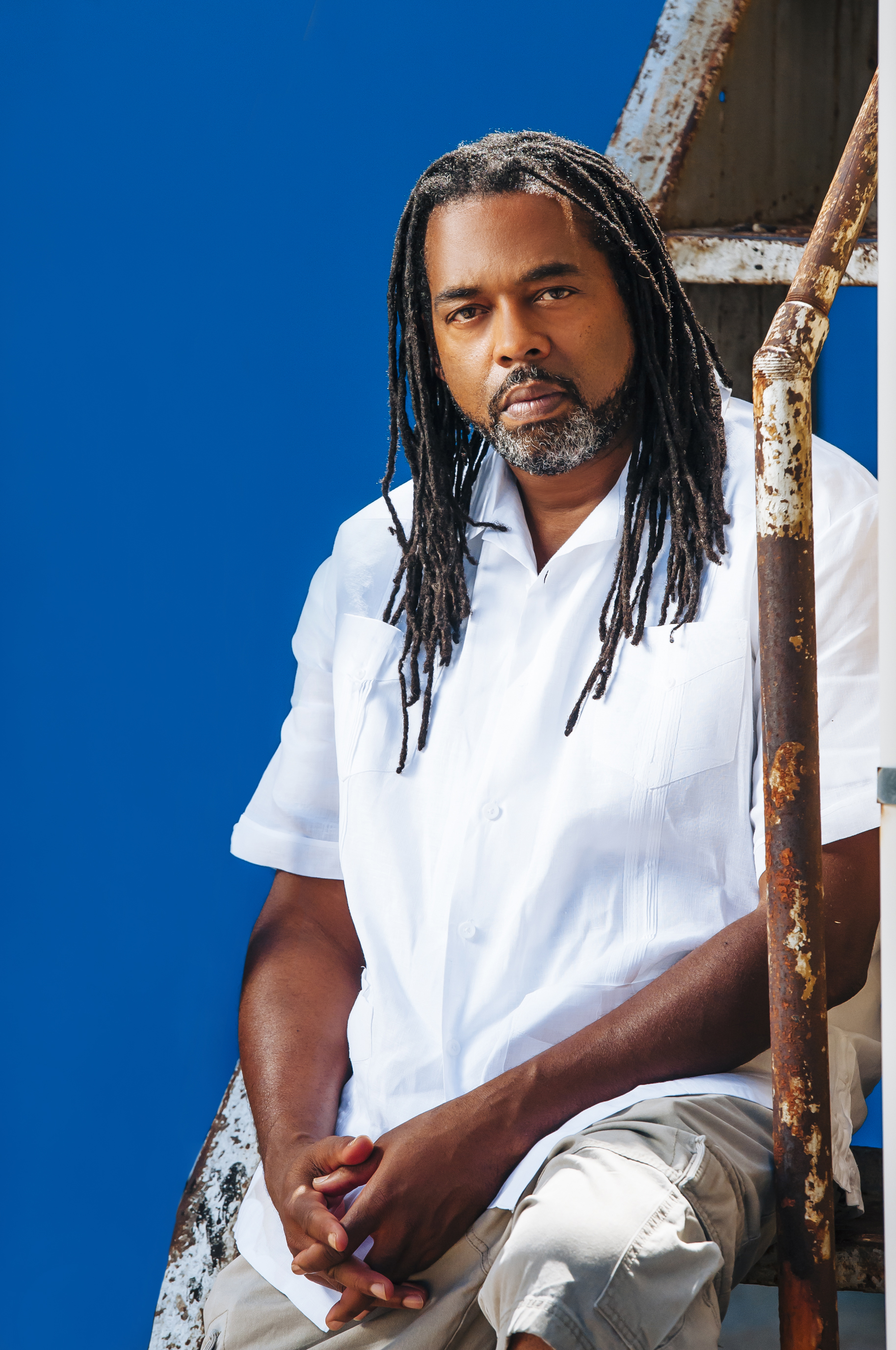 Some works in the anthology respond to themes and passages in Brooks’ poems, while others chronicle her life and times. “We pondered long and deeply about the thrust and impact of Gwendolyn Brooks’ legacy, the things she felt most strongly and spoke about most powerfully. Then we combed through the works submitted, discussing them all in depth,” say the editors. “Once we came up with a list of accepted works, we figured out how they fit into this overall paradigm. The book was then organized along themes of motherhood, womanhood, manhood, political consciousness, setting, craft and memories of and tributes.”

Manuel Muñoz writes about being unable to articulate his love for “Maud Martha” during a Harvard seminar led by Henry Louis Gates, Jr., but he is now able to recognize the “unnoticed observer, the bravery and grace of the meek and small.” Sharon Olds tells of giving the poet nosegays and points to her range of craft, the “wild and beautiful power” and “shocking truthfulness” of her poems. Tara Betts responds to “The Last Quatrain of the Ballad of Emmett Till” with a poem that begins, “When a boy named Trayvon is shot, Emmett’s / history is not distant, removed story. A mother / fails to reverberate hollow in chests.” The racial and political injustices that Miss Brooks addressed remain current for a new generation of artists, who celebrate her writing, resistance and activism.

A comprehensive bibliography compiled by Kathleen Bethel, respected African American Studies Librarian at Northwestern University, is introduced by a quote from Haki. R. Madhubuti—”She was our irreplaceable visionary poet. And our charge is to make sure that her work, her legacy and her ideas forever reign in the ears and minds of our children and our children’s children.”