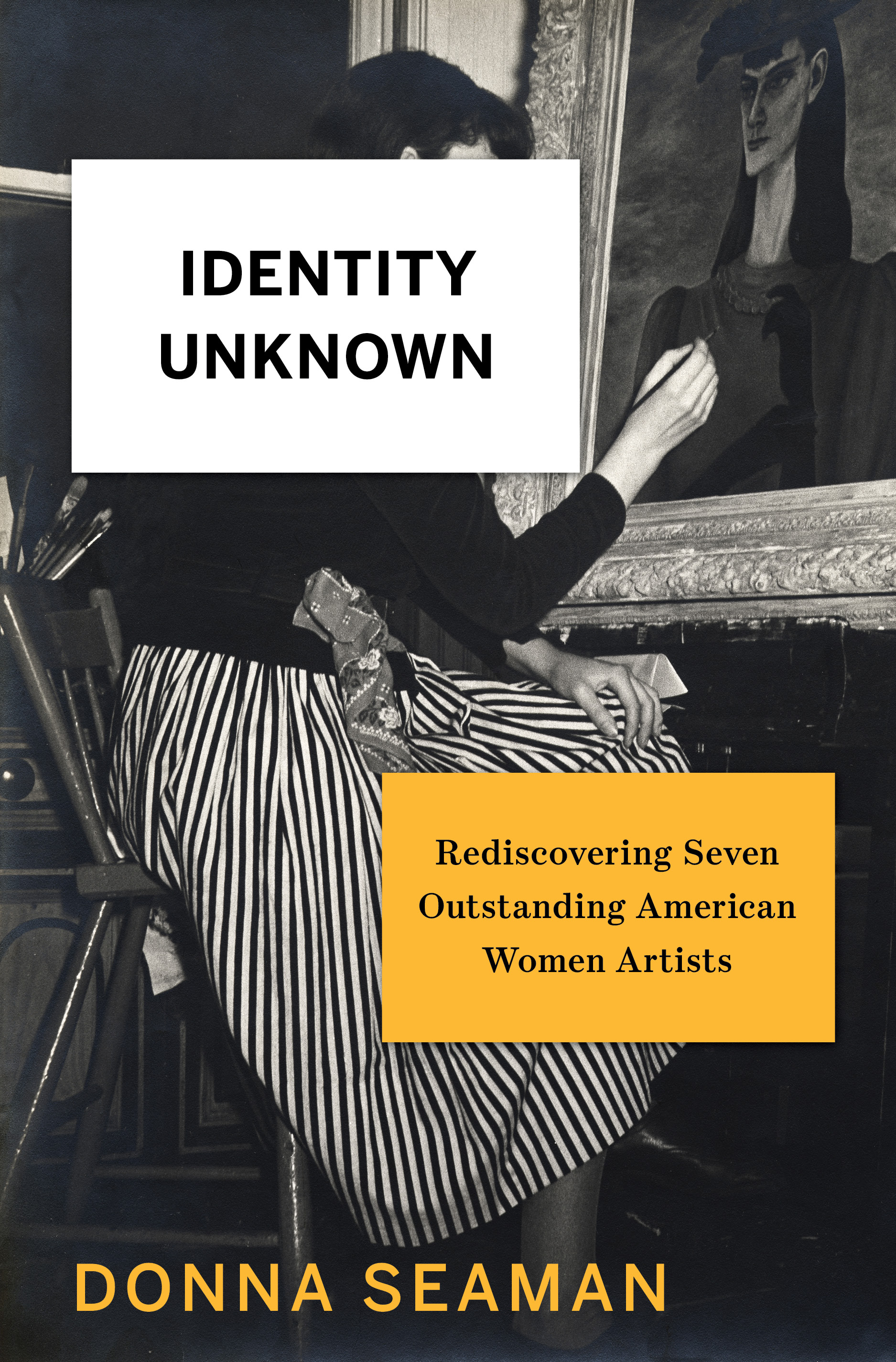 What makes an artist fall from the public eye? In “Identity Unknown,” award-winning local author and Booklist editor Donna Seaman “rediscovers” seven twentieth-century American women artists and explains why their gender was a key reason for their invisibility. The daughter of an artist mother, Seaman combines personal insight with biographies of surrealist Gertrude Abercrombie; self-portraitist Joan Brown; Ree Morton, who made constructions; Loïs Mailou Jones of the Harlem Renaissance; Lenore Tawney, who combined weaving and sculpture; Christina Ramberg, who drew on pop culture and advertising; and Louise Nevelson, an art-world superstar in her day. Seaman weaves details of their artistry with stories from their intimate lives and the social-political themes of their eras.

I was drawn mostly to the essays which focused on the artists’ methods and their development as artists, but as women’s personal lives can generally not be as compartmentalized as those of male artists, it was relevant to read how partners and children influenced their work.

Two Chicago painters are featured. Gertrude Abercrombie was prolific during the jazz age. Seaman provides a riveting glimpse into her Hyde Park salons with musical and literary luminaries, including Sonny Rollins, Dizzy Gillespie and Gertrude Stein. The tales about Abercrombie’s second husband, a career criminal turned memoirist, overtake her story in places. Christina Ramberg, one of the Chicago Imagists, is known for her images of sexually provocative women and torsos, as well as quilts and cosmic paintings. Her essay contains fascinating information on Chicago art in the 1970s. Unlike New York’s loft enclaves, Chicago artists “lived in the neighborhoods next to plumbers, teachers, policemen, nurses, waiters, taxicab drivers, parents and bums, while making art in spare bedrooms, cramped back porches, whatever space they could claim.” They were also more disciplined and welcoming of women, as artist Gladys Nilsson says, “Amongst all of us in Chicago, gender was never an issue. It was ‘how good is your work.’”

The book has two sixteen-page color sections and black-and-white images throughout. It is a pleasure to be introduced to the work of these artists and Seaman’s book ensures that I will be seeking it out. (Toni Nealie)