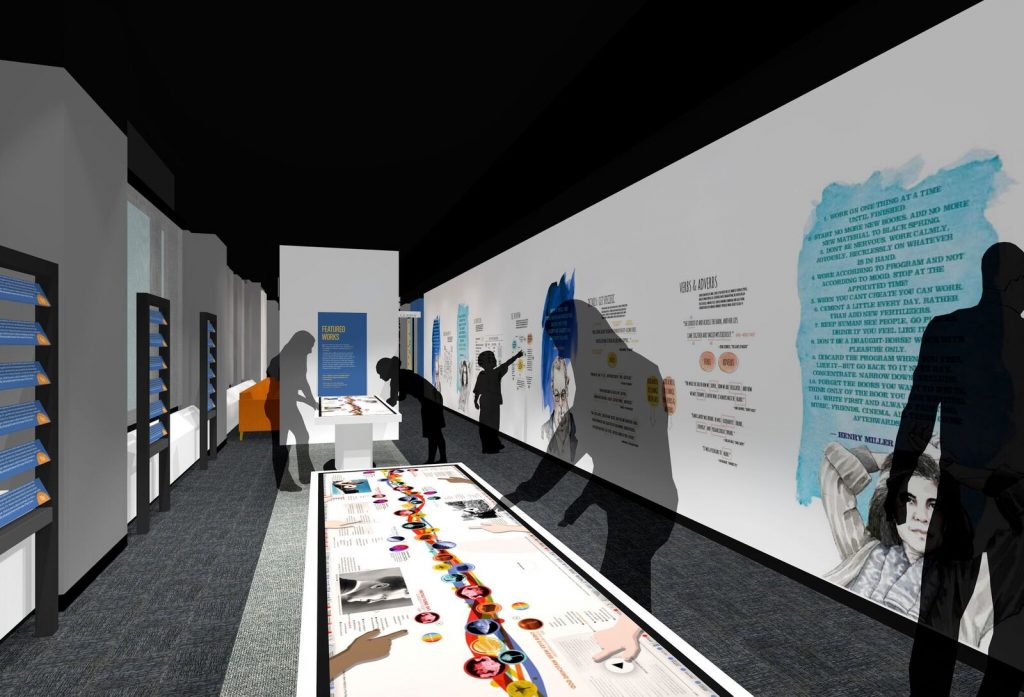 The American Writers Museum opens this month, the first national museum dedicated to the country’s wealth of literature. If we ever needed a time to celebrate writers, that time is now—following the Trump administration’s decision to get rid of the National Endowment for the Arts and the National Endowment for Humanities. Former NEH chair Jim Leach reminds us on the museum’s website, “What is written describes a people and what is celebrated defines their values.”

Its location is a coup for our city. Poet Nikki Giovanni says, “The train line goes from Mississippi to Chicago. The people bled out of the horror into the promise. Chicago was cold and mean but you could live. The music informed the history; the stories followed the music. Chicago is an incredibly important city because it kept the South alive—the good South of music and muse. This museum is great! Long overdue. To quote the blues song, ‘Going to Chicago—glad that I can take you.'”

The museum aims to inspire a love of reading and writing. Visitors can explore the influence of writing on their lives through permanent exhibitions featuring national writers, a children’s literature gallery, Chicago writers and a gallery called The Mind of a Writer. There are two galleries dedicated to changing exhibits, including one featuring Jack Kerouac’s famous “On the Road” scroll. The Readers Hall hosts films, talks, readings, workshops and author signings. Inaugural president Carey Cranston took time out of a busy day of board meetings to answer questions.

One of the criticisms I have heard is that the board, advisory council and staff are not particularly representative of our diverse nation. Is that an unfair criticism? Will the museum showcase sufficiently representative writers—not just old dead white guys from yesteryear’s canon? Will it reflect today’s dynamic array of writers across genres, and how?
As to the question about showcasing sufficiently representative writers, we would say emphatically yes, we/it will. Diversity has been a focus of the work on all of the exhibits in the space, both permanent and temporary. The museum has used a content-leadership team and a large group of subject-matter experts to help ensure that the subjects of the exhibit pieces are representative of American writers and their works from their backgrounds to their genres of writing. It is important to note that in the criteria for selection in exhibits, as a museum, the individuals are people who have passed. However, through our programming we intend to, again emphatically, intend to showcase a dynamic array of writers.

What’s your favorite gallery or interactive attraction?
I love the Featured Works Tables, which are giant tabletop touch screens full of information on a select group of featured works. The tables are incredibly interactive and visually impactful. Delving into deep wells of information is a truly fun experience. What makes them even better is that they are large tables where multiple people can be at the same time, so they create opportunities for discussion and interaction that you don’t always see in a museum exhibit. 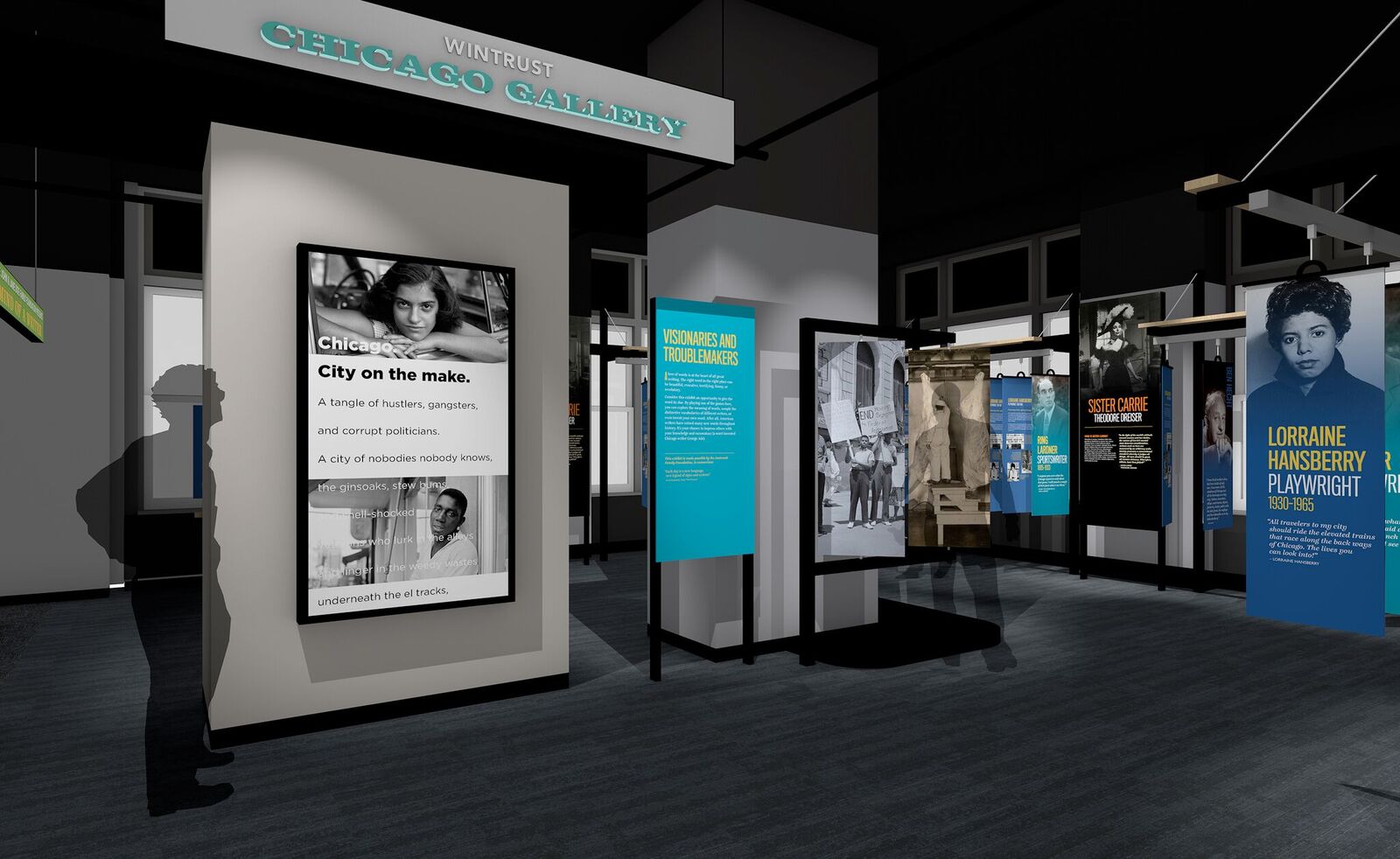 I hear you have some exciting programming. What are some of the highlights and what do you want to achieve?
Every month we will have a different children’s book author reading in the Children’s Gallery. We have a national youth writing contest in the planning stages that will be focused on American Identity. We have authors and lecturers lined up for public programming, for example: Dennis McNally, a Kerouac biographer and music historian, a reading by Angela Jackson, a new biographer of Gwendolyn Brooks, and the poet Ed Roberson coming for a reading. We hope through these types of programs to engage the public in celebrating American authors of the past and present in the hopes of inspiring the future.

A person’s bookcase will tell you everything you need to know about them, according to the words on one of the gallery walls. What could we tell from your bookshelf?
The most obvious thing about me that would be evident that I started reading on my tablet almost exclusively five years ago, so there are not many new items on my shelf. Though since joining the museum I have received some amazing signed copies of works that I am very excited about. 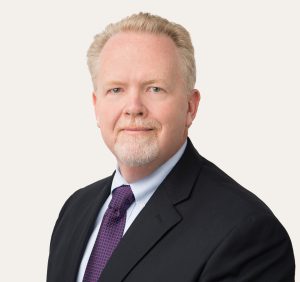 You used to work for a bookstore when you were younger—what do books mean to you personally? Did they set you free, as Emily Dickinson said and Stuart Dybek reiterated?
Yes, when I was young I was not in any way a star athlete, student or nearly social enough. So, books gave me an escape and opened my mind to a much larger world that I then became much more interested in engaging. So what might have started as a temporary escape turned into a passion that allowed me to connect with a much larger world and to see more than I would have otherwise.

Any highlights in the museum that you can’t wait to see?
The programming and events are what excite me the most. When I worked at Kroch’s & Brentano’s it was the author signings that got me excited. I’m looking forward to meeting authors and experts and lovers of writing every day.

This is quite an achievement—congratulations! What are you most proud of? What was the biggest challenge/hurdle/frustration/or hilarious moment?
This project has been in the hands of many for over seven years, and I only came on last year, so I am sure others have better stories than me. I will simply say the funniest challenge/hurdle I encountered was on day two, when I realized in a meeting of many people involved in the design and building of this amazing museum, somehow, the responsibility for the installation of lights in the bathroom had been overlooked. Thankfully, we fixed that.