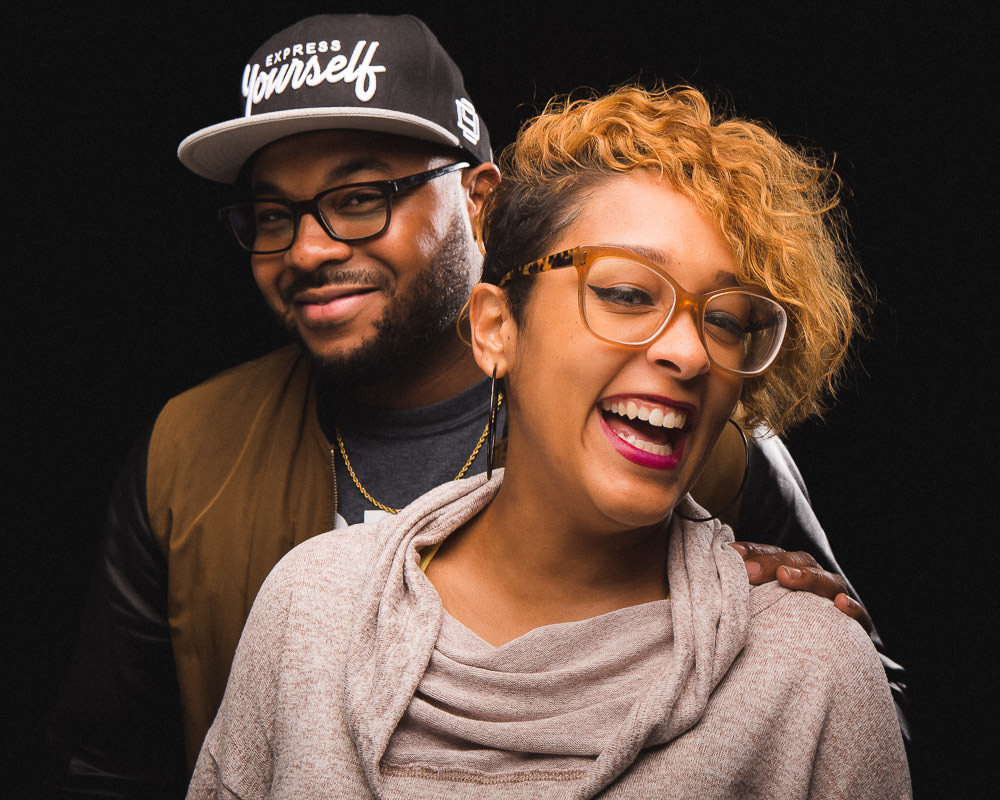 11
Eve L. Ewing and Nate Marshall
Founders, Crescendo Literary
Nate Marshall and Eve L. Ewing formed Crescendo Literary to create events, art and education centered on community. “We need the arts because they make us full human beings,” writes Ewing. “But we also need the arts as a protective factor against authoritarianism.” They partnered with the Poetry Foundation for the first Emerging Poets Incubator and the Chicago Poetry Block Party, as well as creating “No Blue Memories: The Life of Gwendolyn Brooks,” in partnership with Manual Cinema and the Poetry Foundation. Marshall is the author of “Wild Hundreds,” editor of “The BreakBeat Poets: New American Poetry in the Age of Hip-Hop,” creator of “Grown,” a member of Daily Lyrical Product, The Dark Noise Collective and Visiting Assistant Professor of English at Northwestern University. Essayist, poet and editor Eve L. Ewing is part of the Echo Hotel collective and is a Provost’s Postdoctoral Scholar at the University of Chicago where she is an assistant professor. 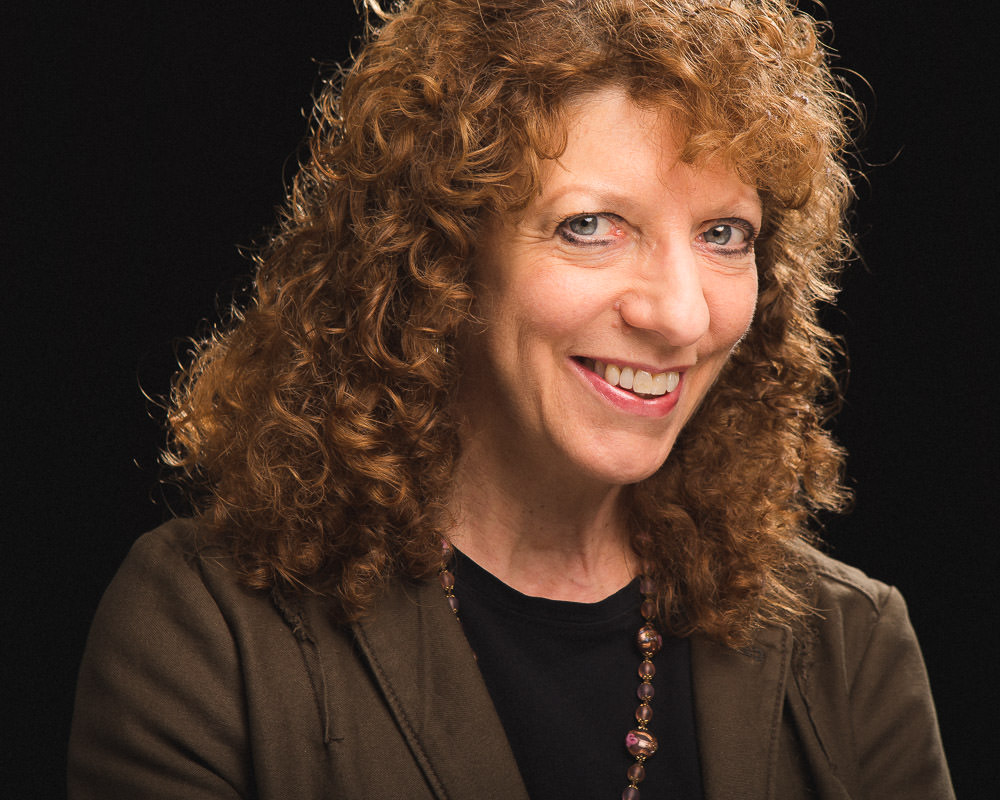 12
Bill Ott and Donna Seaman
Editor/Publisher and Adult Books Editor, Booklist
Known as Booklist Bill on Twitter, Bill Ott influences librarians and readers via the American Library Association’s review journal and associated products, including a magazine, a quarterly supplement, a blog, e-newsletters and webinars. Ott personally edits the crime-fiction section of the magazine and is himself a collector of “anything with an especially lurid jacket, no matter the author; anything that panders in a particularly juicy way to the underworld ‘sins’ of drugs and sex; and classic works of English and American literature reincarnated in the pulp style.” Donna Seaman is the adult books editor and earlier this year published her own, “Identity Unknown: Rediscovering Seven Outstanding American Women Artists.” She is also on the advisory council of the new American Writers Museum. 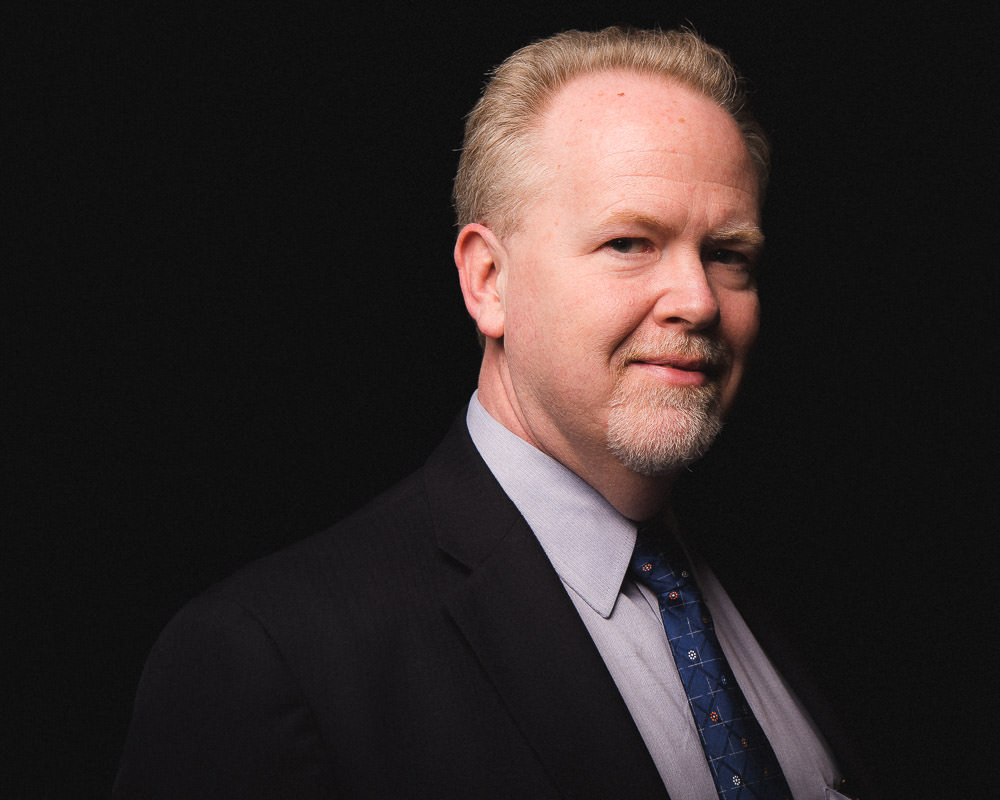 13
Carey Cranston
President, American Writers Museum
When a younger Carey Cranston worked in a bookstore, he could have had no idea that he would go on to open the first national museum celebrating writers and reading. Now he says, “I’m looking forward to meeting authors and experts and lovers of writing every day.” The Michigan Avenue building features permanent galleries dedicated to the history and craft of American literature and temporary exhibitions including “Palm: All Awake in the Darkness,” an immersive installation featuring the poetry of W.S Merwin, video from his palm garden in Maui and live foliage. 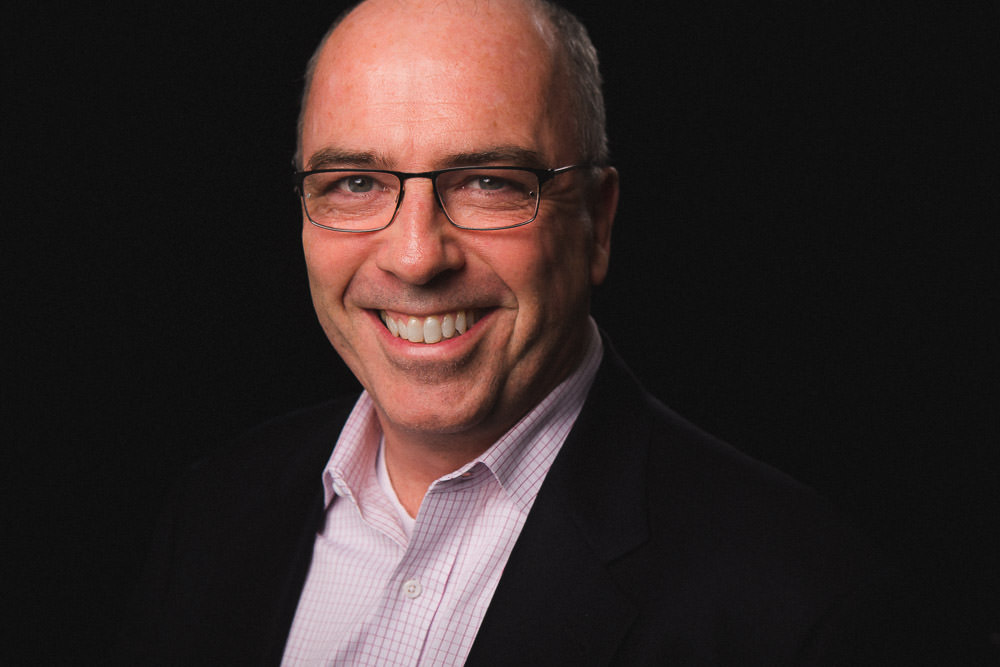 14
Garrett P. Kiely
Director, University of Chicago Press
Along with titles such as “How to Tame a Fox (and Build a Dog),” University of Chicago Press has recently released new editions of Norman Maclean’s classics “A River Runs Through It” and “Young Men and Fire.” Directed by Garrett P. Kiely since 2007, the Press publishes 250 books and seventy journals each year and is the nation’s largest university press. When it won a prestigious award at the 2014 London Book Fair, the judging panel wrote, “Chicago is not only the world’s leader in hog belly futures but it has proved itself the location for one of the world’s greatest academic publishers, University of Chicago Press. The combination of innovation, global engagement, professionalism and the very best books, journals and electronic products nudged it across the line.” 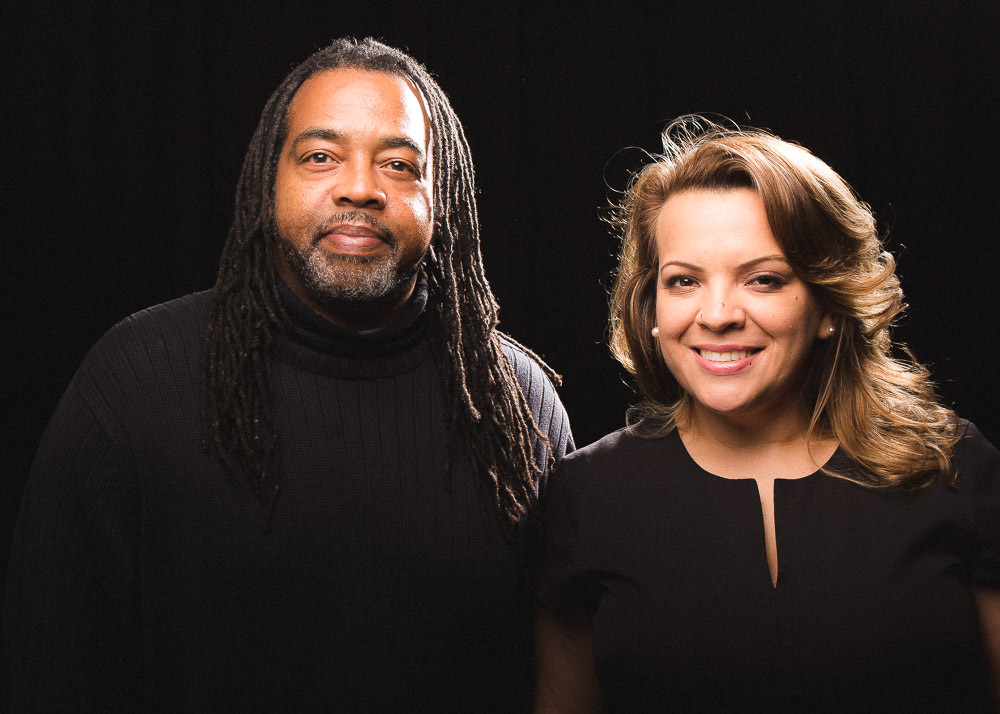 15
Quraysh Ali Lansana and Fabiola Ramirez
Artistic Director and Project Manager, OMB100
“Our Miss Brooks: A Centennial Celebration (OMB100)” is a multi-event celebration of Chicago’s matriarch of poetry, Gwendolyn Brooks. Quraysh Ali Lansana, the poet’s last mentee and student, and Fabiola Ramirez are part of a collaborative effort with many civic, arts and education organizations offering readings, performances, school programs, discussions and exhibits, mostly free and open to the public through June 2018. Lansana, with Sandra Jackson-Opoku, edited the anthology “Revise the Psalm: Work Celebrating the Writing of Gwendolyn Brooks,” in which they write, “We of many races, cultures, nations, genders, sexual and religious persuasions have come here by way of Brooks.” Lansana co-edited, with Georgia A. Popoff, a second anthology on Brooks, “The Whiskey of Our Discontent: Gwendolyn Brooks as Conscience and Change Agent” and guest-edited the June issue of Poetry magazine which is dedicated to Brooks. 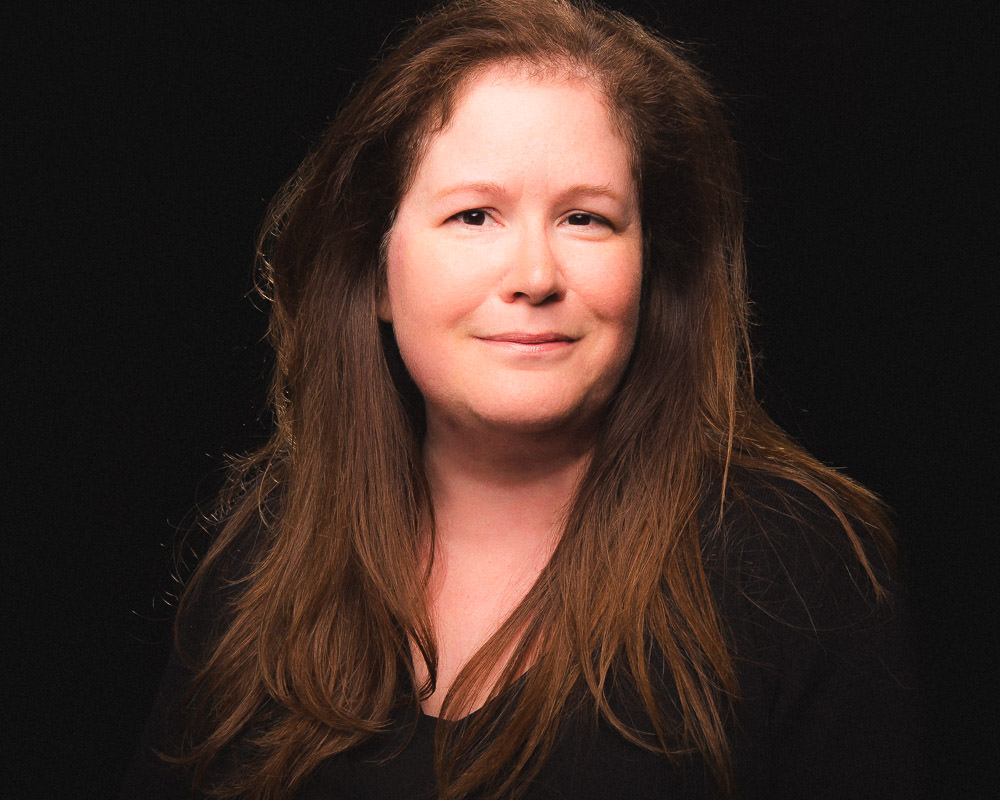 16
Julie Fain
Co-Founder, Haymarket Books
Described as a “feisty independent” by Naomi Klein and “mavericks in the book world” by Eddie Vedder, Haymarket Books has been publishing radical books for sixeen years. They’ve been named as one of the fastest-growing independent publishers by Publishers Weekly, with sixty-seven-percent growth. “Our flagship titles have notably been books by women and people of color. Our list is led by Rebecca Solnit, Angela Davis, Keeanga-Yamahtta Taylor, Arundhati Roy. And we’re beyond thrilled to be adding bestselling author Naomi Klein to that list.” Co-founder Julie Fain says a successful book has to do with achieving social justice and changing the world. “As an avowedly radical book publisher, we’ve led the way in staking out a principled political space that many publishers (and bookstores and librarians) are finding their way to in this new political climate. Haymarket has hosted a series of high-profile events, including Noam Chomsky, Angela Davis in conversation with Keeanga-Yamahtta Taylor and Naomi Klein in conversation with Michelle Alexander. “As a publisher, we’re also deeply connected and committed to the Chicago scene. Our local authors include Kevin Coval, Nate Marshall, Eve Ewing, Quraysh Ali Lansana, Barbara Ransby, Craig Hodges, Ali Abunimah, Alison Flowers, Bill Ayers, Rory Fanning, Maya Schenwar, Kari Lydersen and more.” 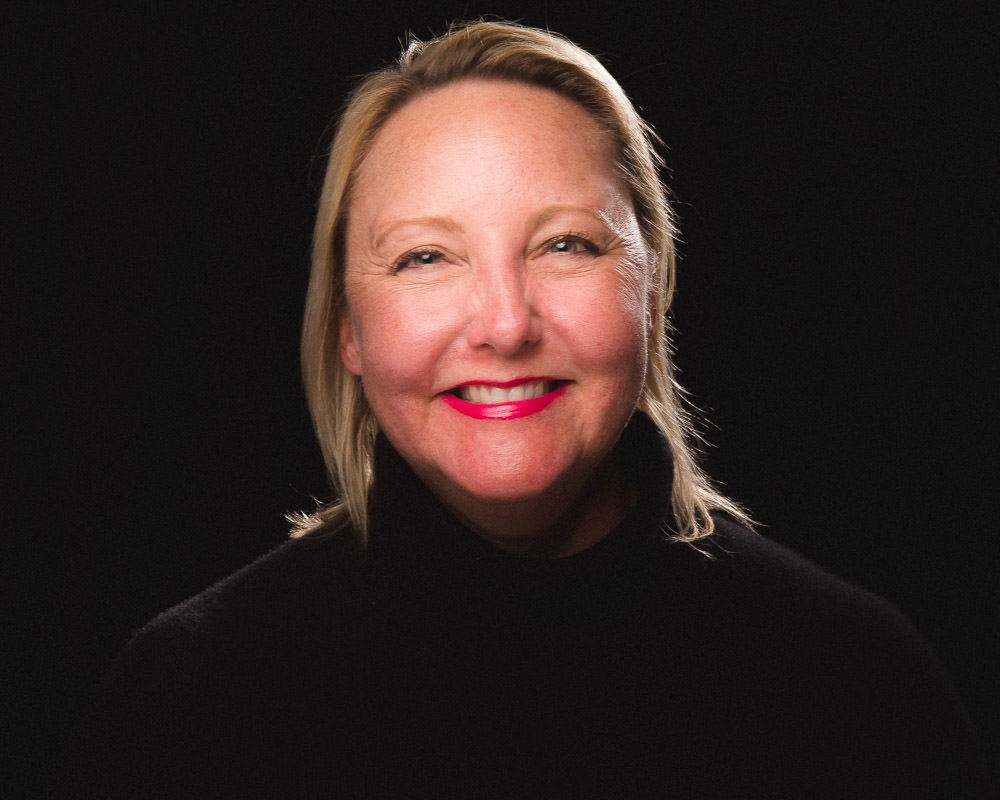 17
Suzy Takacs
Owner, The Book Cellar
Lincoln Square’s cozy indie bookstore, The Book Cellar, combines wine and great books. Suzy Takacs is a lively advocate for independent bookstores, teaming up with others to encourage readers to shop locally and then buy rather than browsing-then-buying at Amazon. As well as the many in-store readings and discussions, Takacs hosts events off-site. Customers come for wine, cake, books and conversation, none of which are available through Amazon. Takacs is clear on possible consequences: “If people don’t continue to shop in brick-and-mortar stores, we won’t be an option in the future.” 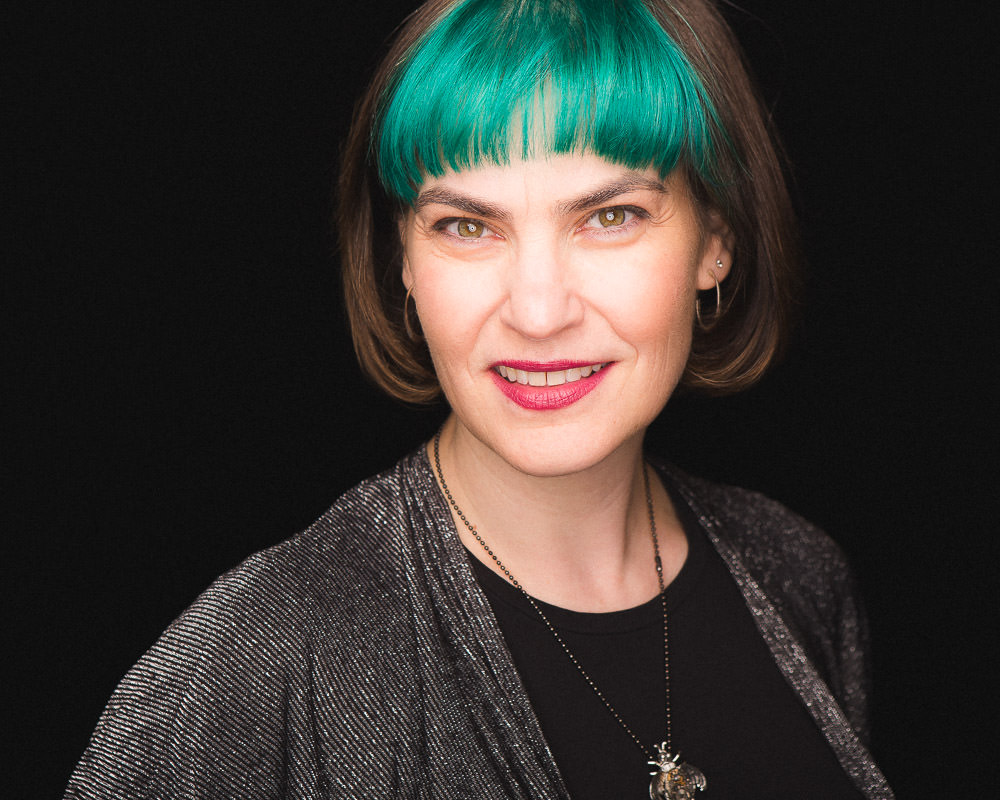 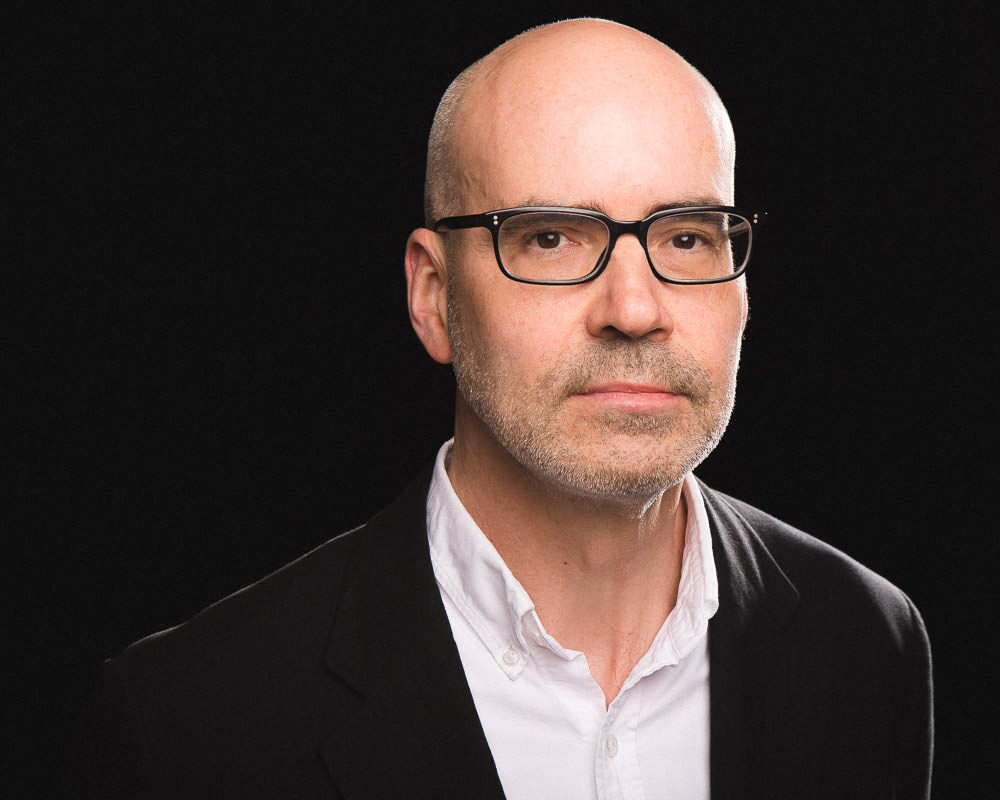 19
Doug Seibold
Founder and President, Agate Publishing
The big story for Agate is its expansion into the children’s market. “When you’re a noteworthy indie press, you’re always losing some of your authors to Big 5 publishers (such as Jesmyn Ward and Kiese Laymon, among other discoveries). But Agate just signed yet another new book [the sixth] from Pulitzer-winner Leonard Pitts, Jr., which we hope will be coming out in 2018,” says Doug Seibold. “And we just signed a two-book deal for a memoir and a cookbook from culinary superstar Iliana Regan. The big story this year is the first four releases from our new ‘Denene Millner Books’ line of titles for young readers, produced in partnership with the Atlanta-based bestselling author and parenting authority.”

20
John Wilkinson
Chair for Creative Writing and Poetics, University of Chicago
Aiming to showcase the wide reach of Gwendolyn Brooks, John Wilkinson chaired the planning group of this year’s centennial conference on the Pulitzer Prize-winner and Poet Laureate from Bronzeville. The major gathering of scholars, writers and musicians was held in partnership with the DuSable Museum of African American History and the Poetry Foundation, featuring readings of canonical poets such as Sonia Sanchez, Gregory Pardlo, Angela Jackson and Ed Roberson. Wilkinson, a poet, also serves as chair of the Divisional Committee on Poetics and has published multiple books of poetry and several critical works.