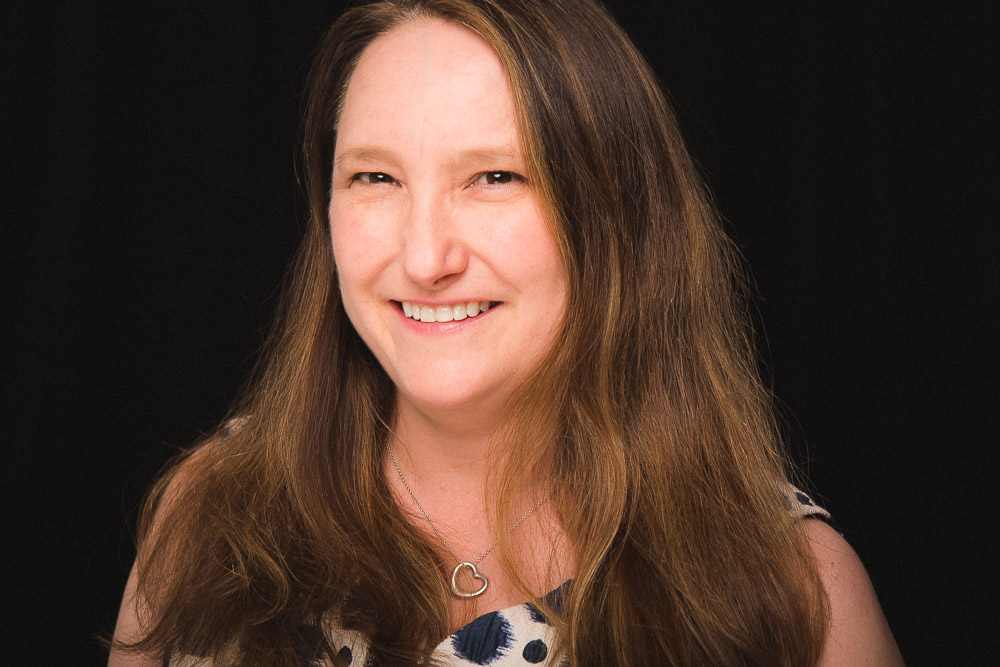 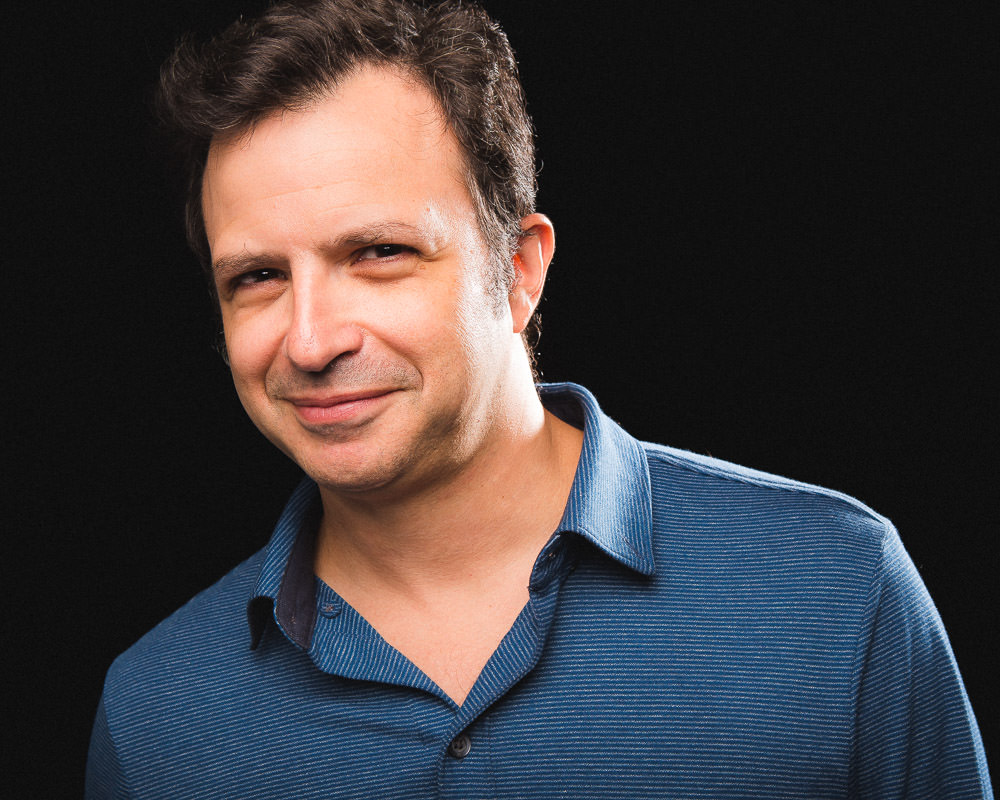 22
Daniel Borzutzky
Winner, 2016 National Book Award for Poetry
“The Performance of Becoming Human” was written with the author’s hometown Chicago in mind, “how it destroys itself, abolishes public services, closes psychiatric hospitals, privatizes or shutters its public schools, and militarizes its police that have murdered and tortured with degrees of impunity since the 1970s.” Daniel Borzutzky, who is of Chilean heritage, translates the work of South American writers and teaches at Wright College. 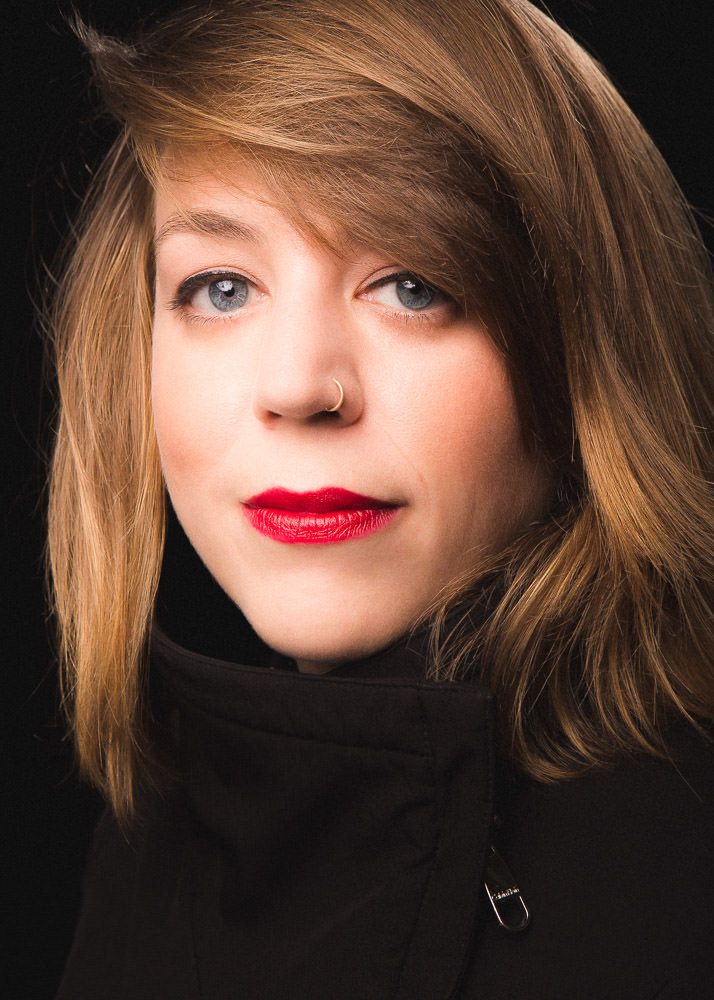 23
Elizabeth Metzger Sampson
Executive Director, Poetry Center of Chicago
With the belief that “poetry is good for everyone,” the Poetry Center spreads poetry to the greater Chicago community and supports the careers of local poets. For Elizabeth Metzger Sampson it is a gift to see students’ self-expression flourishing within the Center’s Hands on Stanzas program, which places poets in Chicago Public Schools to teach year-long residencies. The Six Points Reading Series, curated by Natasha Mijares, is a monthly reading series held in different locations across the city, including poets such as Egyptian Amira Hanafi, Dutch writer Maria Barnas and local Pulitzer Prize winner Tyehimba Jess. 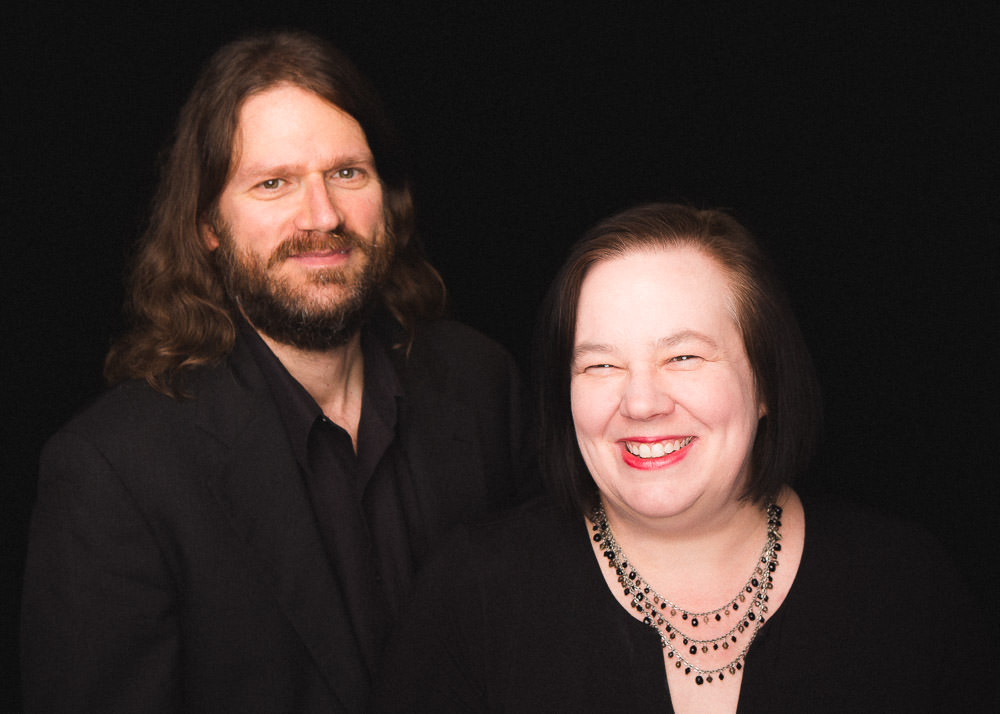 24
Lynn Haller and John K. Wilson
Organizers, Chicago Book Expo and Evanston Literary Festival
What started in 2011 as a “read local, buy local” approach to the Chicago literary world,  Chicago Book Expo, under Lynn Haller and John K. Wilson, has evolved into an event featuring seventy exhibitors from Chicago-area publishers and literary organizations as well as twenty events with local authors. “This fall the Expo will include the first Chicago Architecture Book Festival,” they say. The pair founded the Evanston Literary Festival in 2015 to spotlight events in the local literary community, such as the Northwestern Spring Writers’ Festival, together with collaborations with local cultural institutions, such as free writing workshops at Frances Willard House. 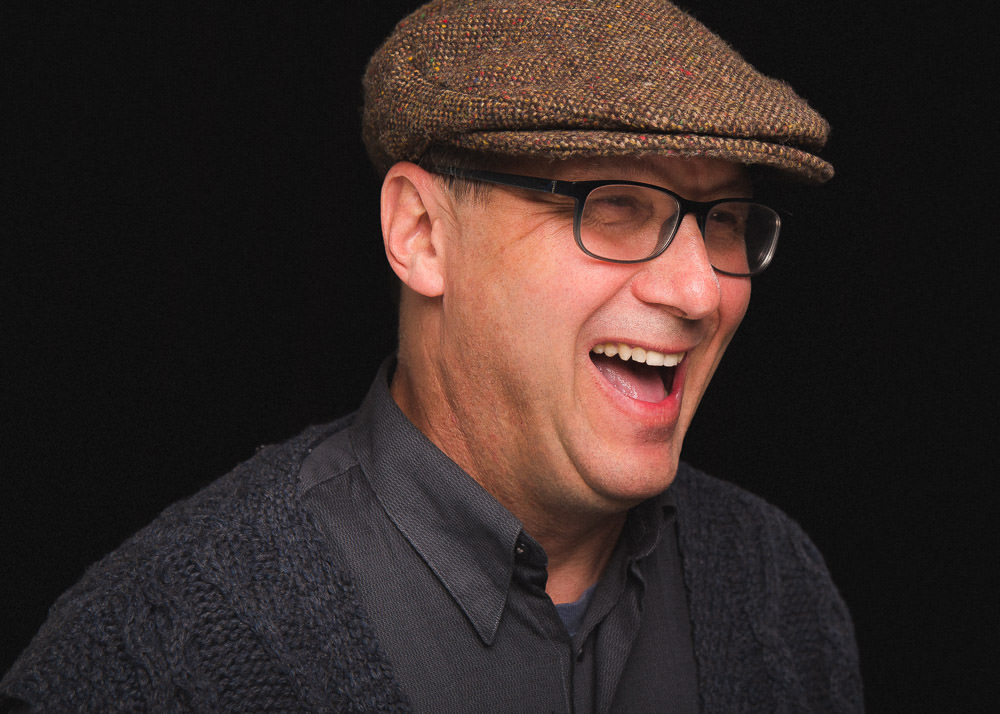 25
Donald G. Evans
Founding Executive Director, Chicago Literary Hall of Fame
Chicago’s value and character is reflected in and shaped by our great books, according to the Chicago Literary Hall of Fame. Journalist and novelist Donald G. Evans began CLHOF to honor our literary tradition. “We are inducting each of the six writers individually throughout the course of 2017. Fanny Butcher, a writer and critic for the Chicago Tribune for forty years, along with Ring Lardner, sports writer, author and playwright are being honored at the Newberry Library; Fenton Johnson and Eugene Field at the Poetry Foundation; Roger Ebert at the American Writers Museum; and Margaret Ayer Barnes at a location to be decided.” CLHF is launching a new website, planned as a central database for Chicago literature. It is restarting its Great Chicago Books Club, giving a bus tour of Gwendolyn Brooks’ Chicago (in conjunction with Our Miss Brooks 100), mounting an exhibit on Chicago comic book history at Chicago Literacy Alliance, producing (in conjunction with Guild Literary Complex and Fleetwood-Jourdain Theatre) a staged reading of Sandra Seaton’s Cyrus Colter Trilogy, and hosting salons at Cliff Dwellers with Stuart Dybek and Scott Turow.

26
Jacinda Bullie and Jaquanda Villegas
Founding Directors, Kuumba Lynx
Six-time champions in the Louder Than A Bomb Festival and participants in the national Brave New Voices, the slam poets from Kuumba Lynx are part of a hip-hop art and performance force of nature started in 1996. Using their “We Get Free” pedagogy, Jacinda Bullie and Jaquanda Villegas steer the I/2 Pint Poetics literacy project, the interdisciplinary Kuumba Lynx Performance Ensemble, Youth on Youth Mentors and theater productions, TV shows, poetry books and magazines. They aim to cultivate strong communities for children in twenty-seven areas across Chicago. Most participants qualify for free lunches. Of the youth who participate for three or more years in Kuumba Lynx, ninety percent are accepted to college. 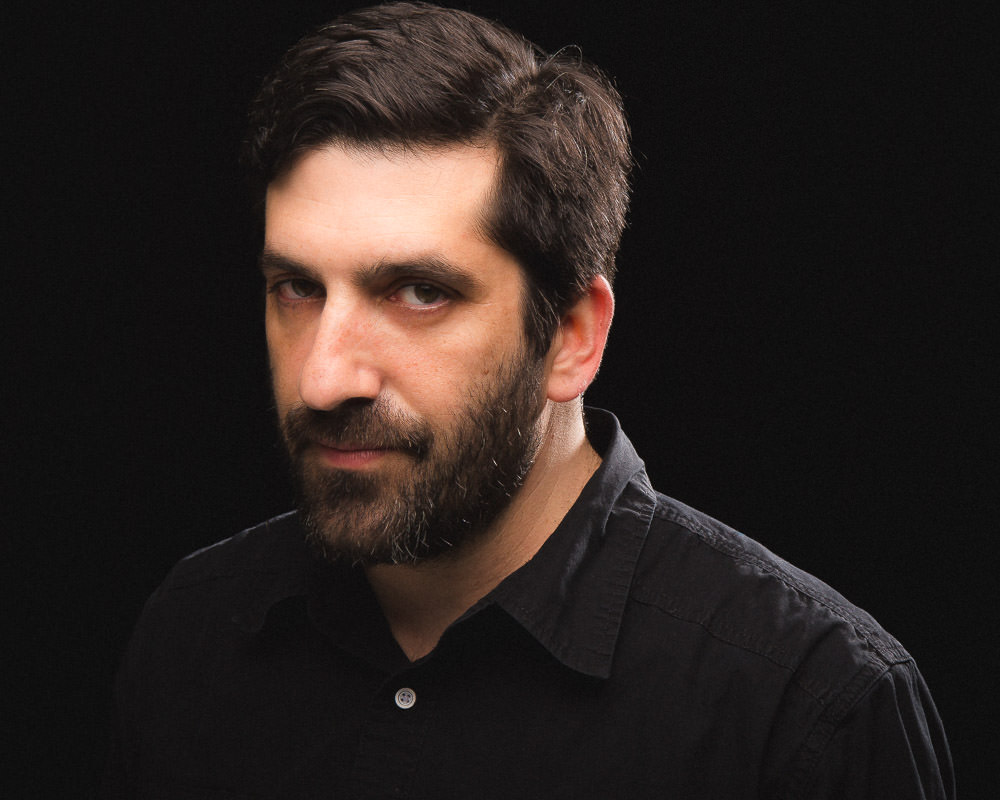 27
Jeff Deutsch
Director, Seminary Cooperative Bookstores
Jeff Deutsch first visited Seminary Co-op when he was a teenager and now heads one of the foremost academic bookstores in the world. “Supporting its mission to help readers discover works of enduring quality, the Co-op has recently started a blog of book lists and authors’ recommendations, upgraded its website, including a digital version of its famous Front Table, and more than doubled its events programming,” says Deutsch. The Cooperative has more than 50,000 members and is a cultural institution, open since 1961. With scholarly books in its flagship Woodlawn Avenue store and general interest books in 57th Street Books, the two bookstores stock over 100,000 titles. In June, the store will launch a podcast that hopes “to replicate the experience of engaging with a great bookseller, and bring the Co-op experience to its legion members in the diaspora.” 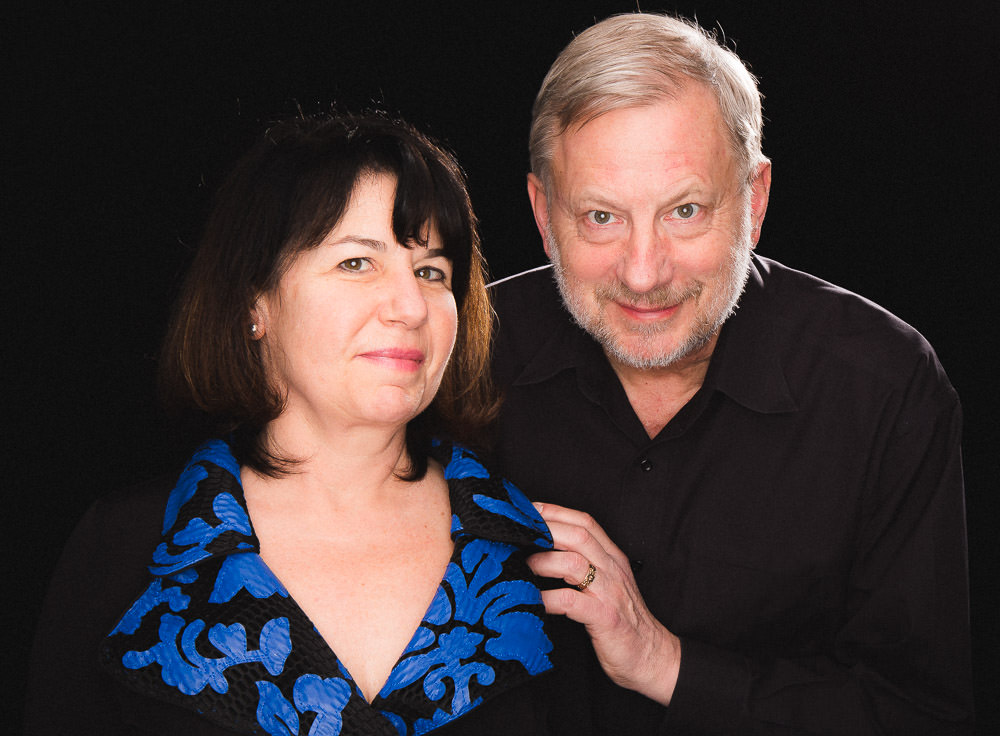 28
Nina Barrett and Jeff Garrett
Owners, Bookends & Beginnings
Known as a “speakeasy for books,” Bookends & Beginnings is tricky to find, but the type of comfortable store where customers develop strong loyalty. A champion of independent bookstores, Nina Barrett has been busy with a new organization ChIBA, Chicagoland Independent Bookstore Alliance, aimed at raising awareness of the value of community bookstores in the wake of Amazon opening a store in Lakeview. “The store is going really well, we’re doing ever-bigger and cooler events, including (during the Evanston Lit Festival): a night with Scott Turow, an event with actor Robin Ellis, the star of the original Poldark series (who has a memoir and a cookbook) which we’ve had to move to an offsite location to accommodate the advance interest. We are partnering with all kinds of organizations to showcase food-related authors. I was a judge for the James Beard cookbook awards this year (I assume they asked me based on my own two awards).” Her husband and bookstore partner Jeff Garrett serves on the International Board on Books for Young People (IBBY) which is reflected in the selection of international children’s books in the store. The couple also partner with nonprofit Evanston Cradle to Career for the EC2C Diverse Books Drive to ensure children and youth have access to exciting books this summer. 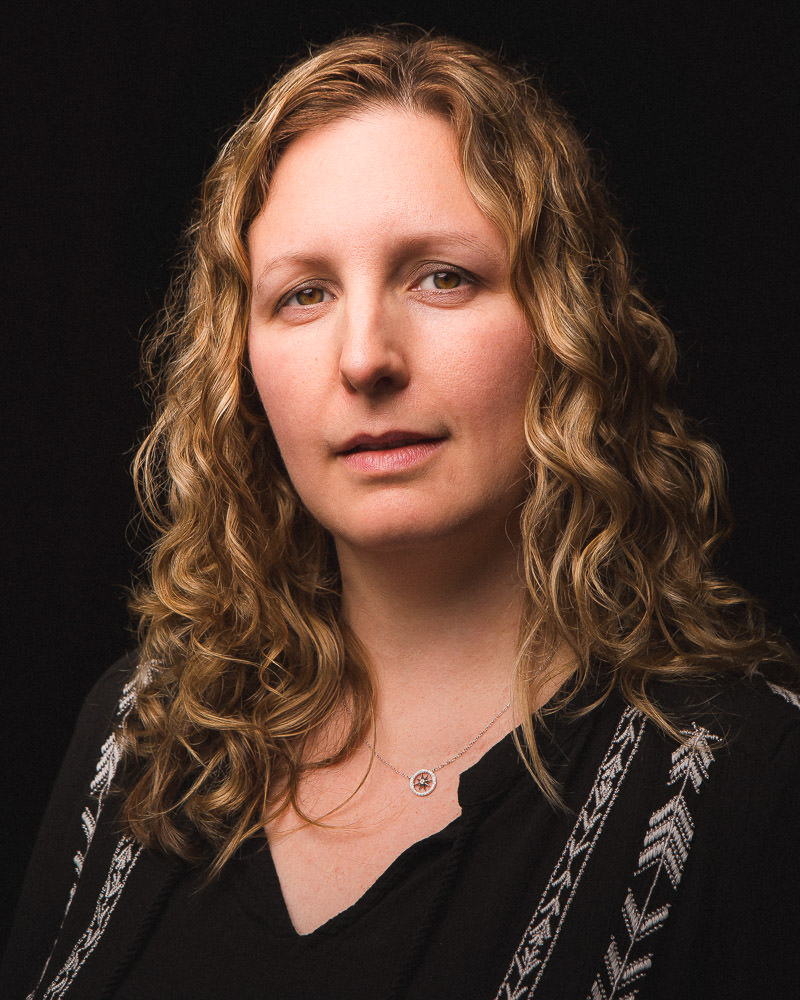 29
Gina DiPonio
Program Manager, The Writer’s Studio
Gina DiPonio has revitalized the Writer’s Studio at the University of Chicago’s Graham School. “Over the last year, the Writer’s Studio has focused on creating a vibrant, supportive community of writers both in our downtown classes and at our many events around the city. We’ve seen that community take shape and thrive at free events like our reading at Printers Row Lit Fest; fun and raucous open house/open mics; Writer’s Studio readings showcasing students and faculty at bookstores and cafes; our Business of Writing seminar that connects writers with publishing professionals; and our day-long, inspiration-filled write-ins,” says DiPonio. “We’re also adding new classes each quarter, often in response to the needs of students, as part of our mission to be a program who knows and serves the writing ambitions of our community.” The Studio provides a wide range of open-enrollment, non-credit writing courses such as resistance poetry, flash fiction, children’s books and workshops on craft specifics. The Studio offers manuscript consultation, holds readings in city locations and partners with 826CHI for free cross-generational writing workshops. 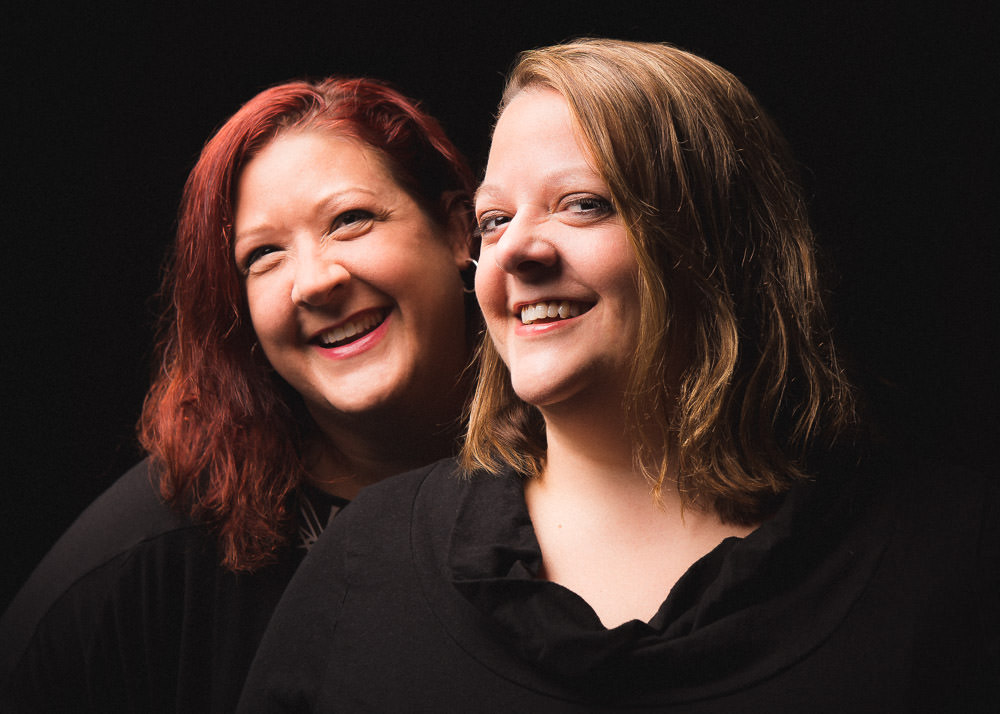 30
Rebecca George and Kimberly George
Owners, Volumes Bookcafe
It may be the new kid on a Wicker Park block, but Volumes is making a lot of noise. Partially crowdfunded, it is very much a community space, a hybrid of bookstore/bar/café. It is child friendly with nooks and little tables for small humans. “One week, we celebrated our one-year anniversary, hosted Jay Chandrasekhar from Super Troopers, the amazing John Scalzi, MSNBC’s Chris Hayes with Natalie Moore and then finished off the week with poet Kevin Coval. Never in my life would I have imagined such a week could exist. I’m elated I get to bring that to our neighborhood and our customers,” says Rebecca George. “I love how we can call up some of our amazing local writers and poets and pitch a crazy idea, and they are all down for it.” She also appreciates the many times customers say thank you for being there. “It is a small gesture that makes working seven days a week feel worth it.” As well as hosting readings, open mics, weekly trivia and children’s storytime, Rebecca George has been collaborating with other independent bookstores to make Amazon easy to resist.