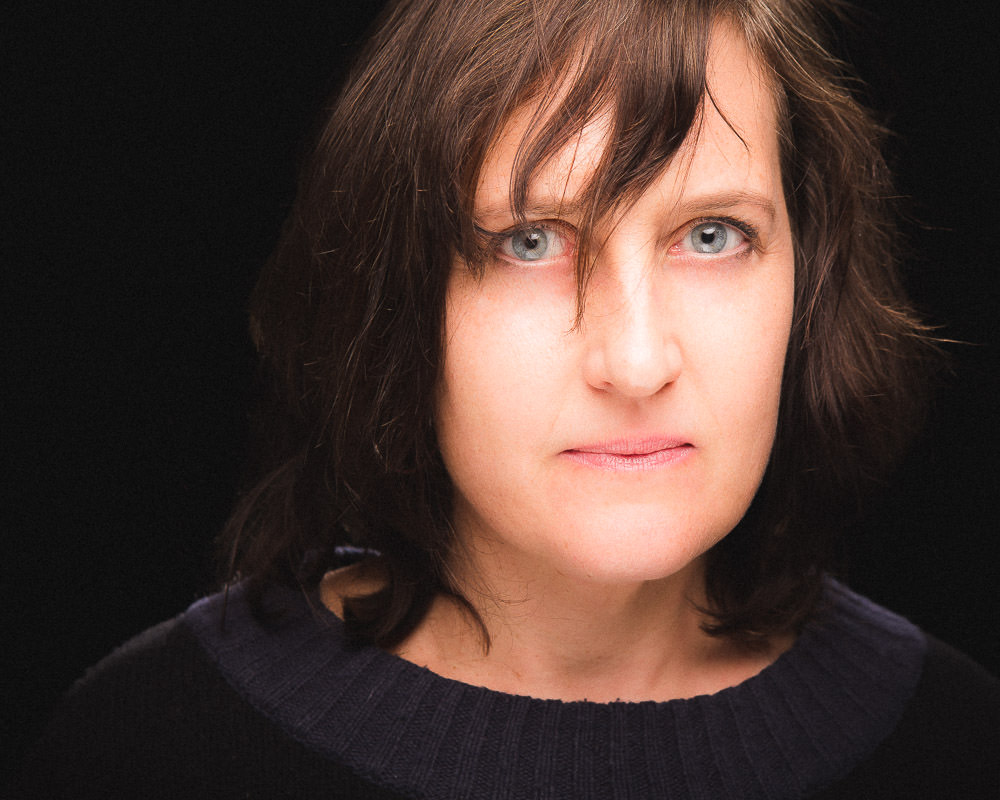 31
Martha Bayne
Senior Editor, Belt Publishing
Martha Bayne is fired up about housing issues, the postindustrial Midwest, food and community, feminism, social justice and urbanism. Belt Publishing’s “Rust Belt Chicago: An Anthology,” edited by Bayne, examines Chicago’s contrasts of glitter and struggle. “Bound to its neighbors by a shared ecosystem and economy, Chicago’s complicated—both of the Belt and beyond it.”  In addition, Bayne founded Soup & Bread, a community meal that donates proceeds to hunger-relief organizations and other causes, and developed a narrative cookbook. She created “A Memory Palace of Fear” an immersive commentary on neighborhood blight and housing injustice, following her Social Justice News Nexus fellowship at Medill School of Journalism.

32
H. Melt
Poet, artist, teacher and activist
H.Melt is interested in telling stories about their trans and queer communities in the city. They have said the “Chicago tradition means to write a lot of realist portraiture,” describing everyday life in a raw way. The author of “The Plural, The Blurring” is described as “a magnificent and daring trans poet” by the American poet laureate Juan Felipe Herrera. H.Melt works at the Poetry Foundation, Chicago’s feminist bookstore Women & Children First and co-leads Queeriosity at Young Chicago Authors. 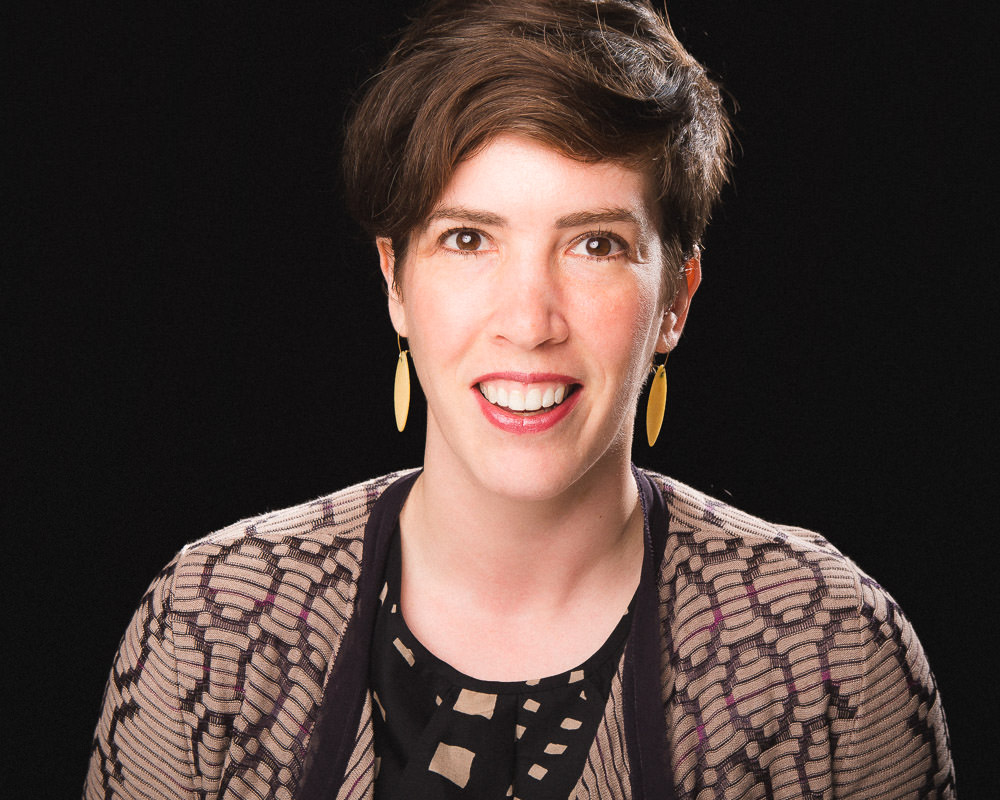 33
Nell Taylor
Executive Director, Read/Write Library
Inspiring cultural production and civic engagement is what drives the Read/Write Library, which collects, preserves and provides access to books, zines and other media about Chicago. “Sandra Cisneros read that we didn’t have a copy of ‘House on Mango Street’ and sent us over a dozen of her books, including ‘House on Mango Street’ in both English and Spanish,” says Nell Taylor. The Hungry for Stories book club has been going “fabulously, featuring a different Chicago book each month to get subscribers reading outside their comfort zones and opening up to different perspectives on this city and its creative communities.” The library plans to expand the discussions to different neighborhoods and further broaden the variety of books and voices represented. They have a pop-up library at the exhibition “Public School” at Hyde Park Art Center, called “Rewritable,” encouraging visitors to add their own publications. “With a grant from Illinois Humanities, we’re finally able to evaluate the impact of the pop-up libraries and workshops and hopefully get them out to a wider audience.” BiblioTreka, its mobile tricycle library, appeared at CHIRP Record Fair with a pop-up library of Chicago music publications. “We’re also excited to work with 60 Inches from Center in May on their Archives + Artists Fest at the Cultural Center.” 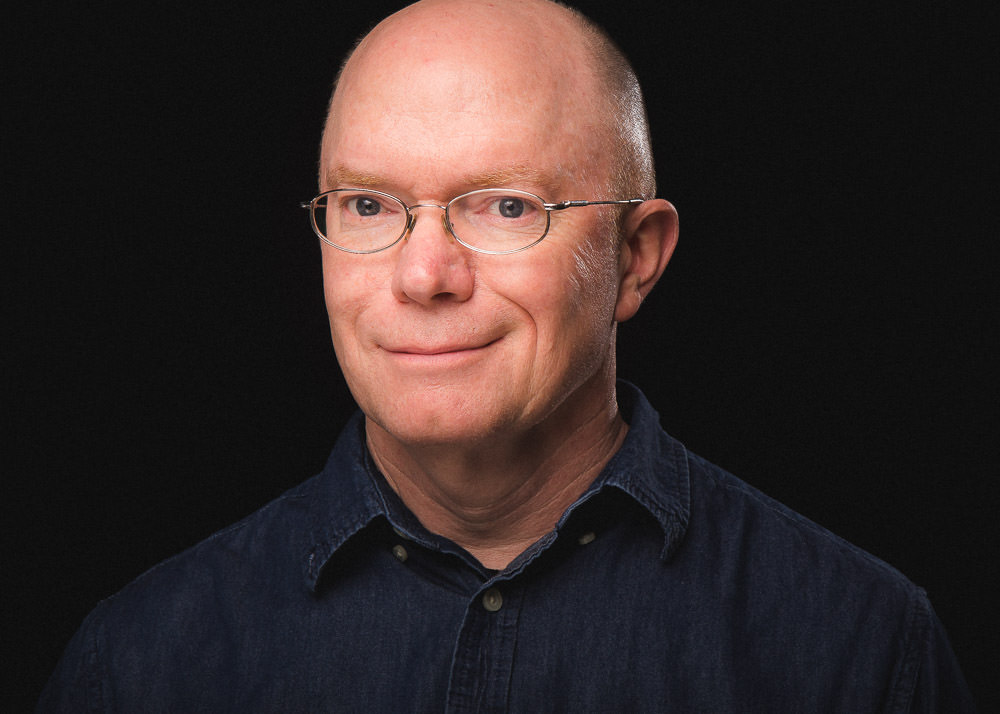 34
Eric Kirsammer
Owner, Chicago Comics and Quimby’s Bookstore
Everyone could use a hero. That’s where Eric Kirsammer comes in. As the owner of Chicago Comics, he provides thousands of them to customers who frequent his shop, just blocks from Wrigley Field. Chicago Comics carries classics as well as graphic novels and dystopian fiction. Kirsammer also owns the bookstore Quimby’s on North Avenue in Wicker Park, one of the last cultural holdouts along a stretch of chain stores and restaurants, proving every day that heroes are real. 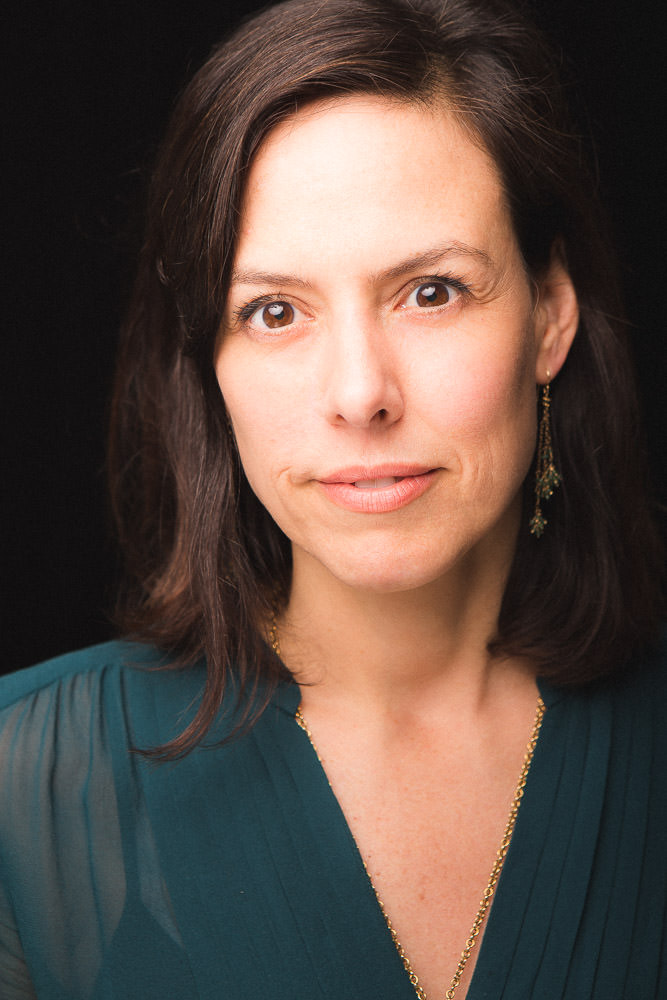 35
Rachel Jamison Webster
Director of the English Major in Writing, Northwestern University
Associate professor and director of the English Major in Writing at Northwestern University would be enough to keep most people busy. But Rachel Jamison Webster is not most people. Chicago author and Northwestern lecturer Megan Stielstra says, “She spent much of the fall and summer at Standing Rock, interviewing water protectors for Tin House and brings that sense of responsibility and justice to the writing students we work with.” In addition, she’s an award-winning writer of prose and poetry, including the Emerging Artist Award from the Poetry Foundation and the Poetry Center of Chicago. The author of two full-length books and two chapbooks published within the last few years, Jamison Webster also edits UniVerse of Poetry, an online international anthology. 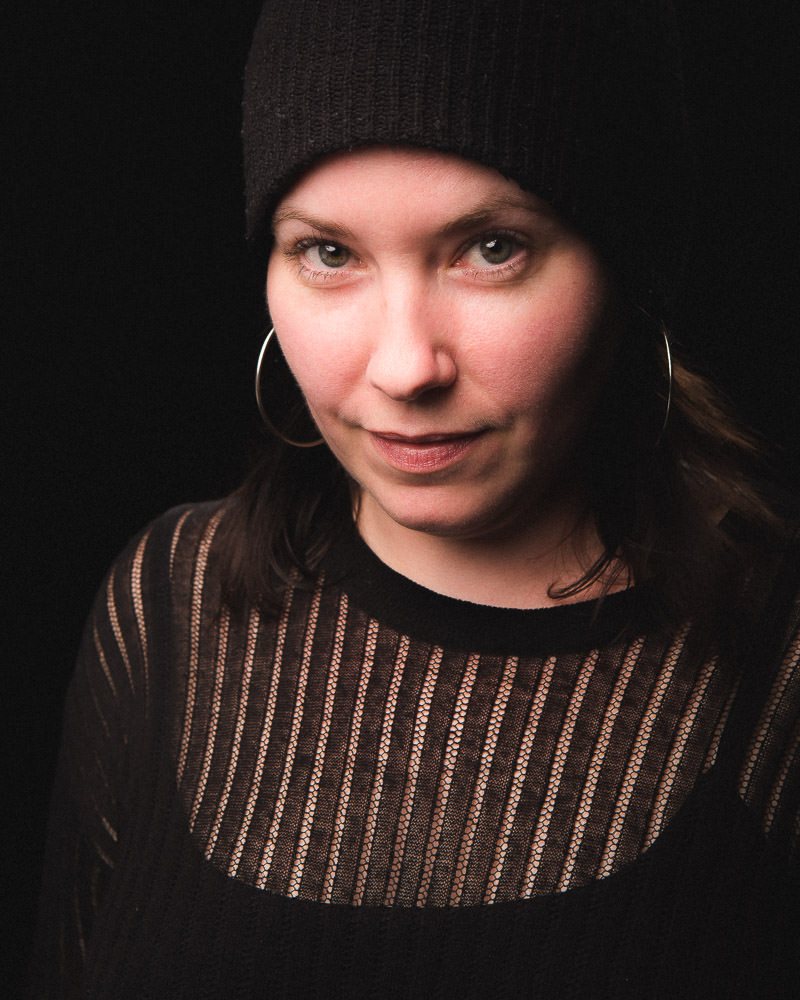 36
Amanda Delheimer Dimond
Artistic Director, 2nd Story
Director, teaching artist and playwright are but a few of Amanda Delheimer Dimond’s titles. She has served as artistic director for 2nd Story, a storytelling collective that curates performances in various venues throughout the city, since 2007. And that’s when she’s not busy as an ensemble member with Lifeline Theatre, working as a strategic planning consultant with Lookingglass Theatre Company, or directing the Goodman’s summer program for teens. Over the years Delheimer Dimond has also collaborated with Steppenwolf, the Court, Red Moon and others.

37
Jill Pollack
Founder and Director, StoryStudio Chicago
It’s not surprising that many of Chicago’s finest writers work for Jill Pollack of StoryStudio, considering the bustling success of the writing center in Ravenswood that she founded and directs. It opened in 2003 with just four students; today, Pollack oversees writing training for 1,200 students annually in fiction, nonfiction and corporate training programs. Pollack has published three Young Adult books: “Shirley Chisholm,” named a Best Book by Science and Film Magazine; “Lesbian and Gay Families: Redefining Parenting in America”; and “Women on the Hill: A History of Women in Congress.” 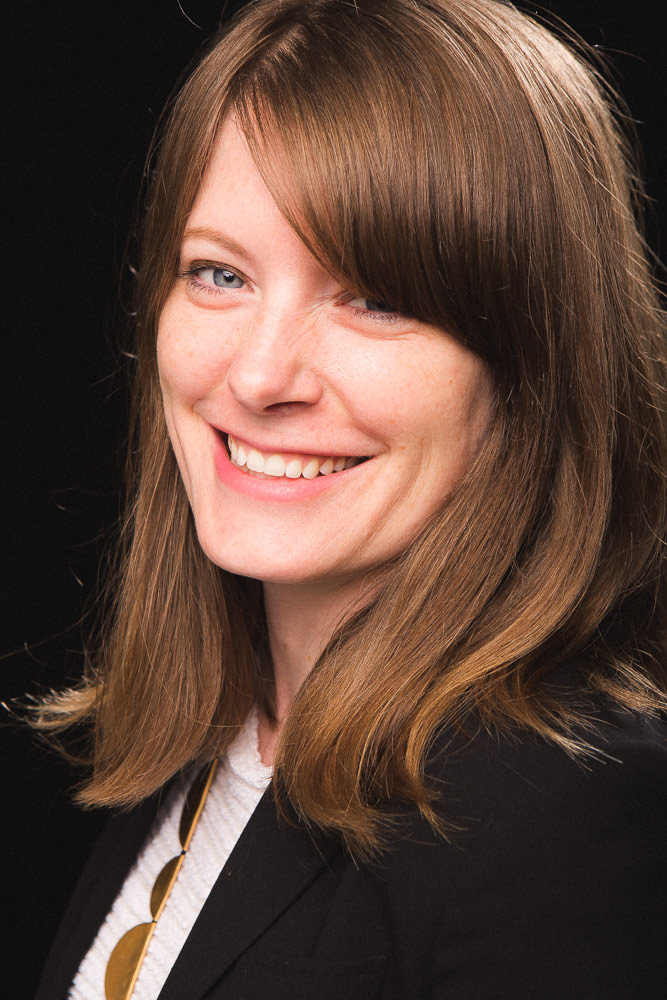 39
Mare Swallow
Founder and Executive Director, Chicago Writers Conference
The nuts and bolts that writers want to know about—getting an agent, selling a book, reaching an audience and other writing related business—is available at the Chicago Writers Conference, directed by Mare Swallow. The public-speaking coach also runs Reading (Out Loud) Skills for Writers in Madison, Wisconsin. 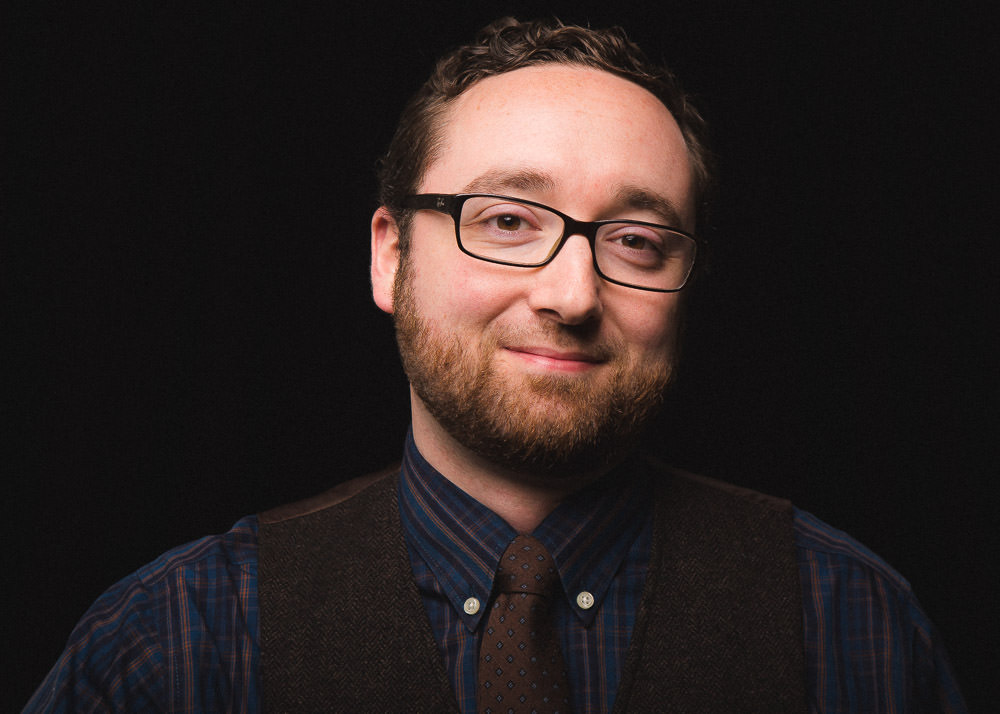 40
Adam Morgan
Editor-in-Chief, Chicago Review of Books
When you take on hate-peddler and former Breitbart news editor Milo Yiannopoulos, calling for a boycott of his publisher Simon & Schuster, you are bound to get attention. Adam Morgan refused to review books from the publisher in Chicago Review of Books and wrote about his decision in The Guardian. Public pressure led Simon & Schuster to cancel Yiannopoulos’ book deal and Morgan became a local hero, not before Breitbart named CHIRB “A War on Speech.” His year’s highlight: “Seeing twenty-two local writers and a hundred readers at our awards ceremony celebrating Chicago lit. It’s really inspiring to see how diverse, committed, and supportive Chicago’s literary community is. Big Five, indie, micro… we show up for each other. It’s great.” Morgan also publishes Arcturus, an online journal of fiction, poetry, creative nonfiction and comics.