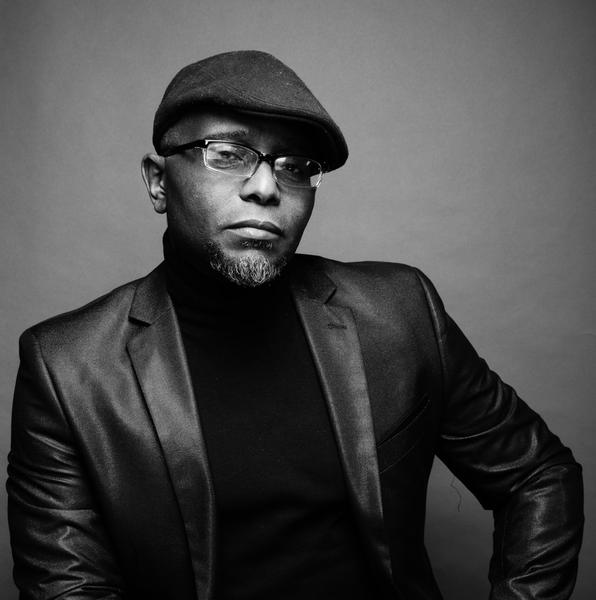 This spring, Tyehimba Jess got a text from a friend. It said one word—“Pulitzer.” Jess looked online and found the official announcement that he had won the Pulitzer Prize for Poetry for his second book, “Olio.” He was “shocked and amazed.” In a daze, he called his wife, his mom, dad, family members and poet mentor Sterling Plumpp, then went out for a celebratory dinner with his wife. The hybrid work, a collection of sonnets, ghazals, golden shovels, songs and narratives, celebrates the lives of African-American artists before the Civil War up to World War I, before W.C. Handy popularized the blues. “It became an obsession to mine this era of American history,” says Jess. “These people have always been there, but they were popular then forgotten.”

The name “Olio” refers to a miscellaneous mixture, a hodgepodge, also “the second part of a minstrel show which featured a variety of performance acts and later evolved into vaudeville.” It begins with what looks like a playbill of cast members and combines narrative and lyricism, biography and historical artifacts such as letters, interviews, photos and original drawings by Jessica Lynne Brown. Part of the documentary aspect highlights decades of violence, well beyond slavery’s end. One foldout sheet includes a table of lynchings by state, in the years 1882-1930. The spirituals sung by the Fisk Jubilee Choir are surrounded by the names of burned, bombed and devastated black churches. There is no complete record—”no complete accounting of all the pulpits, pews and psalm books rendered into fire—these 148 stand in testimony…” It is sobering to see so many entries from the late 1990s into the 2000s. The last entry is 2015, when nine congregants of AME church in Charleston were murdered by a gunman.

“So much of our history has been erased and obsufacated,” Jess says. “People like to hear stories and these people had interesting stories.” They were performing before music was recorded and thrived as artists. “Olio” includes poems about John William “Blind” Boone, who had his eyes removed when he was six and became an incredible piano player; Sissieretta Jones who became the first “Black Diva” at Carnegie Hall; the conjoined McKoy sisters who were born into slavery, toured with freak shows and eventually bought their old plantation; Ernest Hogan, creator of the Coon Song genre and one of the originators of Ragtime; Scott Joplin the “King of Ragtime Writers”; and the sculptor Wildfire, or Edmonia Lewis. In “O patria mia,” a poem about Jones, Jess writes, “Let the curtain rise/upon the hidden face… I am multitudes of broken chains… I am a wave reaching beyond this shore… Let the curtain rise.” And he really does bring a spotlight to these overlooked artists. The overall impression is one of celebration and wonder at the artists’ talents, ingenuity and perseverance. Jess did a lot of research in the seven-and-a-half-year process of writing. “The challenge was to present them in an engaging way and to carry forward their spirit of innovation,” he says.

“Olio” is innovative. Among his contrapuntal poems, Jess created “syncopated sonnets.” In those about the conjoined McKoy sisters, the poems feature two personas, split across the page. The sections can be read up or down, in parts or as a whole—as two separate voices or a single entity, diagonally or in a circular fashion. In others, the African-American voices respond to white voices. Blind Tom counters Mark Twain’s reductive and racist view on the left side, with his own perception of his rich talents on the right—“When/land and tree sing to me. I hear/notes/wildly/blooming inside—a spirit/shadows across my face,/breaking free/unloosed. I play the wind/in my blood.” The two viewpoints can be read separately or interstitially.

The musicality of the poems reflects Jess’ deep appreciation of African-American literature and music. “Chicago played a big part,” he says. “I grew up as a poet here.” The Detroit native lived here full-time for eighteen years and studied at the University of Chicago. He received his MFA at the University of New York, then taught at the University of Illinois in Urbana-Champaign. Currently associate professor of English at the College of Staten Island and poetry and fiction editor of “African American Review,” he spent the past year on sabbatical in Chicago with his wife, who resides here. He is a Cave Canem alumnus and was part of the Green Mill Poetry Slam team. He won an Illinois Arts Council fellowship in poetry and a Chicago Sun-Times poetry award, among various other awards.

“Being in Chicago allowed me to see the blues up close,” he explains. He used to go to Rosa’s Lounge, the Artis Lounge, Chicago BLUES and other clubs, along with his mentor Sterling Plummp. “Music and literature are inseparable,” Jess believes. For the first few hundred years, slaves could not write stories down on pain of death. “Music was essential to the passage of stories and remembrances. After emancipation, music became infused into literature. It carried the people’s aspirations and hopes.” He cites literary examples such as James Weldon Johnson, who wrote the African-American national anthem “Lift Ev’ry Voice and Sing” as well as poetry collections, novels and anthologies of spirituals and poetry; W.E.B Du Bois who in “The Souls of Black Folk” began each chapter with the musical score of a spiritual; and Claude McKay, the Jamaican-American poet and novelist who wrote “Banjo” and other works.

Jess also plays a “little bit of harmonica and guitar,” enjoying the physicality and joy of making music. He compares the craft of poetry as similar to a musician’s—relying on sound, lyricism and phrasing. In the way that musicians learn by absorbing the music of others, he says, “You study other poets, read and listen until you create your own voice.”

It was hard to think past his first book “leadbelly,” which was a National Poetry Series winner in 2004. “’Olio’ took a while to formulate, even as I was writing it. I understand my habits better now. I have to be patient and firm with myself… shut out all voices from outside and listen to what’s within me.”

He believes that the Pulitzer Prize will open doors and introduce “Olio” to a wider audience. “I’m now charged with the prospect of living up to the award, with everything I write in the future,” Jess says. He has projects that he thinks will be easier to find an audience for. He’s conscious of the long line of poets who have been honored before him, which encourages him to stay focused. The challenge will be to stay true to what he wants to write. “As Toni Morrison said, ‘Write the book you want to see in the world.’”

I will add Olio to my poetry collection. I write poetry and identify with some of your last statements about listening to what is within you and shutting out other voices. Ihave two poems that have been published in compilations. I also have a published children’s book.. I’ve published one that can be found on amazon.com with a synopsis. Your article is inspiring. Thanks.