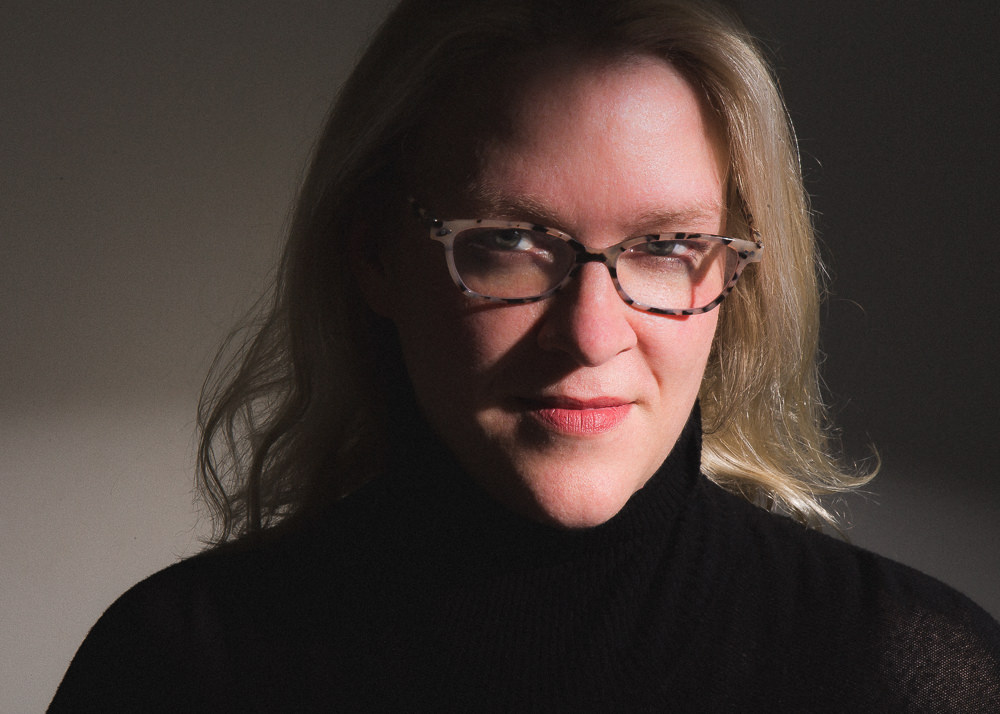 For two decades, Megan Stielstra has been a fixture in the arts and literary communities in Chicago. Since graduating from Columbia College Chicago, she has taught creative writing and facilitated faculty development at universities from Hyde Park to Evanston and performs her work in jam-packed bars for 2nd Story and The Paper Machete, two popular live lit events. She gained national attention when “Channel B” was included in “The Best American Essays” in 2013. Stielstra follows her debut collection “Once I Was Cool,” published by Chicago independent Curbside Splendor, with “The Wrong Way to Save Your Life,” from global publisher Harper Perennial. The personal collides with the political as Stielstra examines the messy moments hunting with her father and dissecting deer hearts, falling in love and becoming a mother, as well as the broader systems of power that influence (or inhibit) our sense of being in the world.

I first met you when you were my creative writing professor and we read “The Tell-Tale Heart.” It made me so focused on my heartbeat that it became part of the reading experience. I had a similar thing happen reading your new book because the body features so prominently. What was your process for writing on and about the body?
I love that you mentioned that story. That story lives in me in so many different ways, especially when considering the connections between writing and performance. [For this book] I would sit and think about what my body feels like when I’m terrified, what my body feels during depression, what it feels like in joy. In some senses, it felt easier to write about really super-heightened moments in the body, like how labor felt. That is a memory that is in my body, it’s not in my head. But it was harder to write about depression because that was such a long, sustained thing as opposed to—BAM!—one discrete time.

Compared to your debut essay collection “Once I Was Cool,” your new book has a political edge. Why the transition?
Much of this started with me having a baby. The personal essay form immediately becomes political when you stop thinking about something just happening to yourself. I imagine a close-up shot of my house on Google maps pulling out and widening to my block and then all of Rogers Park, and all of Chicago, the state of Illinois. Our circle widens and we see what’s happening in Flint, Michigan, and then the whole country, the ocean, the world. There was a lot that I wanted to make better for this human being, but also for all human beings. It’s dangerous when people only think about their own family and not everyone’s family.

Additionally, in 2012, I became a staff writer at The Paper Machete and started sharing political commentary at The Green Mill. It’s a bar, people are drinking, but man, you can trace this all the way back to “The Federalist Papers,” before the Revolutionary War. This is how political action happens: People having these conversations in small public spaces and realizing they feel the same way. 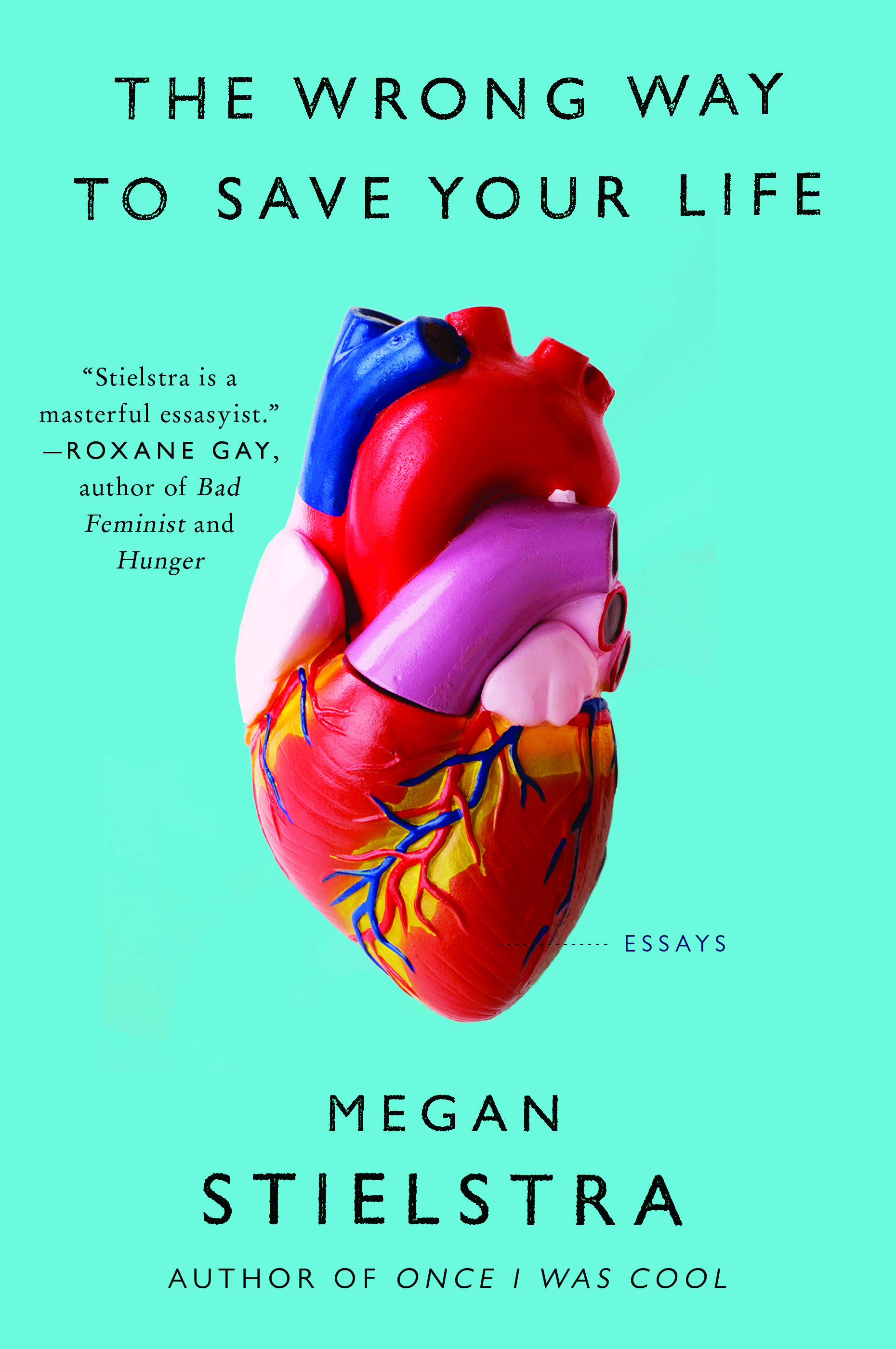 “Channel B” was in some sense your breakthrough essay, which depicted your experience with postpartum depression (PPD). What motivated you to revisit this moment in your new essay “Real and Imaginary Ghosts?
After “Channel B” came out, many people interviewing me would say, “In your essay about how you healed from PPD because of your neighbor…”. I’d feel a little taken aback. I’d think, “First of all, I am healing every goddamn day.” You don’t have a mental illness and then—shazam—it’s gone. “Channel B” is 1600 words and focuses on one particular thing. When I sat down with this book, I tried to make the exact opposite of “Channel B.” I wanted an essay that was long, and bonkers, and lots of things tangled together. “Channel B” is true, but “Real and Imaginary Ghosts” is a different angle of the truth—that the truth is huge and it is a mess.

You write, “The questions we ask about art are equally vital in examining the self: memory and assumption, love and fear.” What questions motivate your work today?
Birth control and healthcare, which are now very much part of the cultural dialogue. Our bodies, our health, being a woman making her own decisions, feel immediate right now. I am also pretty wired with “alternative facts.” The government purposefully doesn’t look at incredibly clear data, like the fact that women saved $1.6 billion in out-of-pocket costs with the birth–control mandate. Forty percent of this country’s children and half of our births are covered by Medicaid and Trump’s administration is cutting millions from it.

Speaking of cuts, how can we keep the arts alive when broader systems of power, such as Trump’s administration, continually reduce funds?
Go see art. We live in Chicago, we have incredible art. Buying tickets is one way to support; another way is word of mouth. If you see or read something that moves you, talk about it. Reviews are meaningful in the world, whether it’s a public review or just reaching out to the artist and saying that their work meant something to you. Earlier in the week, I had one of those days where you just want to launch yourself into the sea. I was asking, “Why am I doing this?” And then I got a letter from someone who read the book. A moment like that can change your whole universe.

You include an appendix of work that you credit as helping you become a better person and writer. Any new additions?
There are new additions every day! I’m reading “We Are Never Meeting in Real Life” by Samantha Irby; “Hunger” by Roxane Gay; “Love and Trouble” by Claire Dederer; and “CODE OF THE WEST” by Sahar Mustafah, a story collection coming out in September. I’m also lucky to live in Chicago, where inspiration is found onstage. A few favorites include Khanisha Foster and Deb Lewis for 2nd Story, Lily Be at The Stoop, Jeremy Owens for You’re Being Ridiculous, Team Good Eddy for Louder than a Bomb, Cara Brigandi at Grown Folks Stories, anything by Fawzia Mirza and Coya Paz, and everything at The Paper Machete.

Thanks for the suggestions. Any life advice you’d like to share?
Oh, my God. Yesterday I was giving a lecture at this fancy thing and I noticed my dress was on backwards. I should not be giving life advice to anyone. But what I really want to say is this: Get a library card.