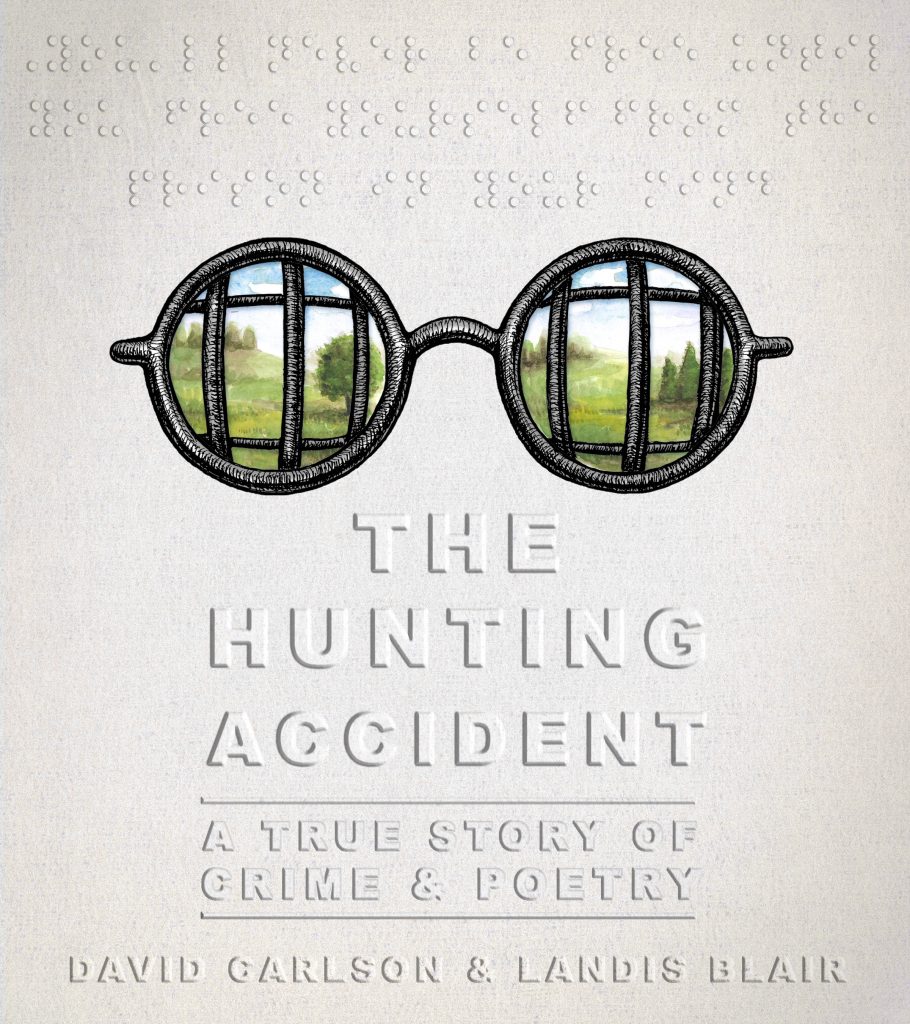 People are complicated, as Montaigne and Shakespeare encourage us to consider. Life is never black and white—unless it is stunningly rendered in cross-hatched pen-and-ink drawings. “The Hunting Accident: A True Story of Crime and Poetry” by David L. Carlson and illustrated by Landis Blair, is a remarkable debut. Blind Matt Rizzo writes about poetry, tapping away on texts about Dante and other “old dead poets.” His narrator son Charlie writes, “Like I said, my father was always very careful with words,” and we discover that careful, in fact, means fallacious.

As the story of Matt Rizzo unfolds, we discover how he remade his life through poetry and imagination after apparently being blinded in a hunting accident. “The truth is that you needed to feel safe,” the father tells his son, justifying a bizarre, false narrative. In fact, he was blinded in a shootout during a failed robbery.

The infamous tale of Nathan Leopold and Richard Loeb and their “crime of the century” is widely known to Chicagoans. They murdered a student in 1924 and were sentenced to life. When Rizzo is sentenced to prison, he shares a cell with Leopold. The murderer befriends him, guides him away from suicide, teaches him Braille and sets him on his literary path. Matt is released, marries, has his son, continues to read and write prolifically—after divorcing and later reuniting with teenaged Charlie. That’s where the book opens.

It is a fascinating investigation, digressive and thoughtful. The text raises questions about truth, parental secrets, shame and the bonds of love. Some people would prefer Leopold and Loeb to remain buried, but this multifaceted work is graphically arresting, beautifully designed and narratively rich. It weaves in facts about Braille, panopticon design and Leopold and Loeb’s famous trial among the stories of Charlie and his father, Matt’s writings (now in the archives of the Newberry Library), along with broader philosophical ideas about redemption and freedom of mind. (Toni Nealie)