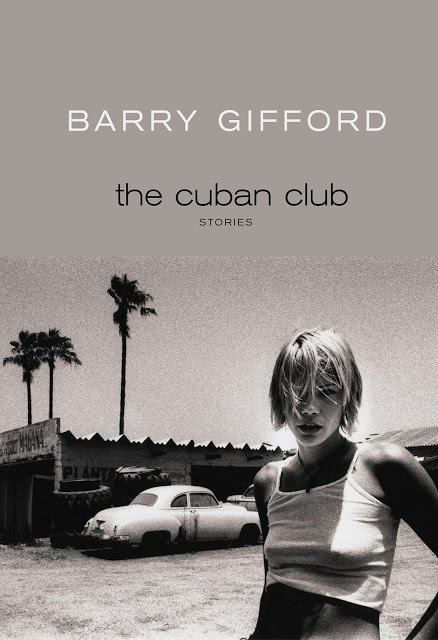 Barry Gifford’s new coming-of-age collection, “The Cuban Club,” is masterfully written, cinematic and personal. He revisits the life of Roy, Gifford’s boy and teen alter ego who he has written about before (but knowledge of prior Roy stories is not a prerequisite.) Roy’s dad is an immigrant mobster, his mother a former model nineteen years younger who likes the good life her husband’s success affords them. Their marriage doesn’t last, nor do her subsequent three. Roy longs to spend more time with his father, a man who doesn’t talk about his past but tries to set an honorable example for his son. By the time he’s twelve, Roy knows he must rely on himself.

The sixty-four tales bounce around the years of Roy’s youth, following his innocent yet keen, street-smart, laconic observations about relationships, romance and tragedy, reminiscent at times of Russell Banks.His parents take him from Chicago (Gifford’s birthplace) to New Orleans, Florida, the Caribbean and back, in the 1950s and early sixties. Set in the gritty, violent and character-studded Chicago of the era of Nelson Algren, the local entries are imaginable only in black-and-white, like the films noir Roy memorizes. The kid has a perspective of place that most of his friends don’t have the luxury of developing. In Gifford’s post-Batista Miami, you envision vivid, not pastel, color. The characters are predatory and oversexed.

These remembrances capture the timelessness of loneliness and longing. Gifford’s omniscient voice and concise style take you on a trip through the paradoxical foundational experiences that shape the inner life of a man compelled by wanderlust and a desire for connection. (Kate Burns)

Barry Gifford reads, with music by Jason Adasiewicz and band, on November 4, 830pm at Constellation, 3111 North Western. Tickets are $10.