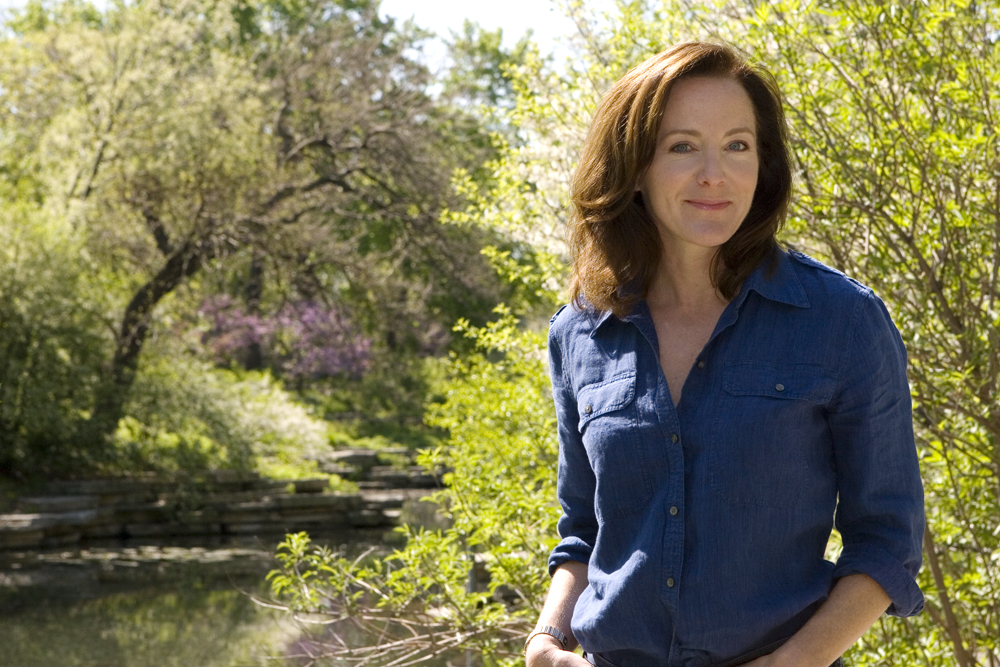 Your intrepid hero Emma Caldridge sure gets around. Why West Africa for this adventure?
Caldridge is a biochemist searching the world for rare plants and chemicals. She’s been in the United States, Colombia, Somalia, Mexico and the Caribbean, usually battling the environment as well as human-made trouble. I was reading about the Dakar Rally (when it still went through the Sahara) and the tough sand conditions. It seemed the ideal location to place her next. In this case, she battles the Sahara Desert and trouble.

What made you want to write thrillers?
Probably reading Dumas’ “The Three Musketeers,” coupled with Edgar Allan Poe’s stories, gave me a feel for mystery and action. And then my grandmother dug a set of Nancy Drew books out of her attic that belonged to my aunts and gave them to me. I still have a first edition “The Secret of the Old Clock” from that box that I handed down to my daughter. As a result, my books are thrillers with an action-adventure bent and a strong female character.

How much of you is in the character?
Not much, though I do love science. Caldridge is a logical and unemotional scientist. You could call her a female MacGyver. She uses her wits to get out of tough situations, not always a gun. While I love reading clinical reports and the Federal Register—both pretty dry periodicals—I view life from a more emotional and relational perspective. I threw in the running because I love to run and it’s something I know about.

I read that you had read an article about a missing vial of smallpox vaccine—was that the germ for this novel?
It was a vial of active smallpox virus! Can you imagine? Quite dangerous. I read about dusty vials found in an old closet in the building used by the National Institutes of Health. When tested, they discovered there was live smallpox virus. Somehow it had survived years in that closet. They’re supposed to be under lock and key, and so that gave me the idea.

Most people had no clue that American forces were active in West Africa until the recent Niger deaths. I’m sure not many people know that slavery exists in Mauritania. Do you want your books to have an educational as well as entertainment value?
The book is fiction, so not intended to be factual, but it does mention that slavery was banned by Mauritania in 1981 (the practice was made a crime in 2007), and the country is grappling with the same human-trafficking issues that many countries worldwide are battling. The United States consults or assists around the world, so that aspect of the book is believable. While I try to get some facts right, the basis of any thriller novel is fiction not factual, and the fiction is what is expanded into a story.

How do you research? Do you visit any of the places you write about or do you research from the internet? The end is such a convincing, exciting blow ‘em up scene—how do you do that?
It’s a mixture of travel and research, but the bulk requires research, because though I’ve visited many places that I write about, a tourist can only scratch the surface during their short stay in an area. The last scene was another Macgyver moment where Caldridge had to come up with a weapon from everyday things around her. I’m glad you liked it!

There is a philosophic thread of living for the moment, not being certain of an afterlife: “The past was done and the future uncertain.” Where does that emerge from in Emma and is it something you share with her?
Like most people, I’m always planning while grappling with the day. But in the past few years I’ve been confronted with the deaths of my parents, both quite healthy one day and then diagnosed with cancer and Alzheimer’s the next, and it hammered home the fact that the future is not within your control. Now I try to live more in the moment while still planning a way to pay the bills and build a future. It’s a tough balance, but I’m working on it.

You write convincingly about loss—specifically about Emma’s dear friend. It’s not what usually comes up in thrillers. This made me wonder about audience. Who reads your books and where?
My audience consists of thriller readers worldwide, because the Ludlum books I write are published in a lot of different countries. I’m glad you liked that scene. It was almost cut as being not pertinent to the events in the book. I kept it because I think most readers have dealt with the loss of a loved one and have been helped through hard times by others, and I wanted to show that Caldridge, for all her strength and ability, is helped by others and experiences loss too.

“Africa is the world of many sorrows,” says Emma. Are you ever concerned about reproducing a stereotyped view of good versus evil in a geopolitical way? How do you counter that?
That quote is not about evil, but about disease—Caldridge is discussing a character’s wife that has died of either malaria or H.I.V. and she is commenting on those scourges. Caldridge has battled evil actors worldwide, including in the United States, and the books are not meant to be geopolitical treatises on crime, which is everywhere. In all of them she’s helped by locals. In this one she is helped by a crew consisting of men, women, teenagers, Africans from different countries on the continent, foreigners, and, my personal favorites, two elderly Senegalese women that help her not once, but twice.

Jackson Rand has a touch of Big Bad Pharma—but he turns out to be more complicated. Similarly, Darkview (who I assume is modeled on Blackwater) is not clearly cast. Why?
Both are doing what they must to help others. Darkview is a contract security company but is also forced to work within boundaries and does. Banner is a military man and Jackson Rand a billionaire and I wanted this book to show that crime can touch everyone no matter how rich they are or how well armed. The key to survival in this book is cooperation by many.

There were a couple of quirky moments about your minor character, e.g.; the nineteen-year-old Daoud from Minnesota who gets roped into war because “teenagers are stupid” and the drag queen Vic in a green dress. How do you envisage the back stories of your characters?
That quote is some dialogue between a couple of teenagers who are sparring and one calls the other stupid, but both are assisting everyone to escape, and Vic is a theater actor caught up in the war. In this story, I wanted to show how war can sweep up everyone in its path from many ages and walks of life, including a traveling theater troupe and two teenagers from different backgrounds.

This is your seventh novel. How is it different writing your own creation compared to writing the Robert Ludlum “Covert One” series? Is there a formula?
This may surprise many readers, but there is no formula that I’m aware of, nor was I ever told how to write or what direction to lead the characters. The only caveat for Ludlum was that I use the main characters that he had created. The whole experience has been great and the Ludlum readers have been gracious to me as well. I really enjoy writing the series.

When can we expect an Emma Caldridge movie franchise to shift focus away from Bourne and his ilk? High time for a woman to take center screen?
As a woman thriller writer writing a strong female protagonist, I would love to have the character picked up and made into a film. The recent success of the “Wonder Woman” movie is a help, because films are so expensive to make and that movie really showed that a strong female character can be successful both critically and commercially. In fact, there’s so much being done in film and on television now that both mediums are delivering interesting and diverse stories and it’s an exciting time to be a writer!

What is your writing practice?
I try to write one-thousand words a day, five days a week, but sometimes life takes over and I can’t do that. But when I do sit down I don’t stop until at least a thousand words are written. I write on the second floor of my house in a corner of my bedroom with a window on my left shoulder and a view of a Chicago alley. It works for me!

What’s next for you?
I’m working on the next in the Emma Caldridge series and I’ve also been asked to contribute to an anthology of Sherlock Holmes stories that is due to publish in 2018. I’m also writing a screenplay and in discussions to shoot the film. Tess Gerritsen recently produced her own screenplay, (the woman is amazing) and she inspired me to give it a try. I’ll keep you posted!

Stay inside with Newcity – you can subscribe for monthly deliveryhere.
+