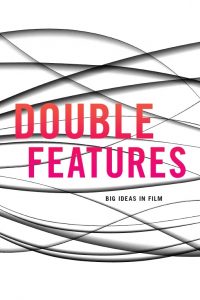 Discussions of television, film and music transcend subjective taste when they leverage pop culture to illuminate larger societal shifts. “Big Ideas in Popular Culture,” a new three-volume collection of essays by literary powerhouses such as Joan Didion and George Saunders and prominent critics A.O. Scott and Emily Nussbaum, seeks to do just that.

The standout from “Double Features: Big Ideas In Film” is “The Solace of Preparing Fried Foods and Other Quaint Remembrances of the 1960s: Thoughts on ‘The Help.’” Roxane Gay grapples with the 2009 bestselling novel and its 2011 film adaptation, deciding they are best understood as science fiction. Even with this framework, racial condescension and clichés take their toll. “There are any number of times during the interminable two hours and seventeen minutes of running time when I felt like my soul would shrivel up and die,” Gay writes. She ultimately argues that the author of the original book, and writer-director of the movie (both white), have the right to tell stories of black struggle. In choosing to do so, however, they take on a heightened responsibility to their black characters, to not obscure their otherness in convenient, revisionist wish-fulfillment.

The collection on television features New Yorker critic Emily Nussbaum’s timely reconsideration of Archie Bunker, the iconic patriarch of the 1970s sitcom “All In the Family.” Bunker’s character was a racist curmudgeon, but questions remain about whether the show actually lampooned his worldview or simply sanitized it. Turns out viewers saw what they wanted to see, either Bunker as charming relic or courageous truth-teller. Nussbaum argues that long before Tony Soprano or red MAGA hats, Americans were drawn to an antihero fluent in the language of white grievance: “Archie was the first masculine powerhouse to simultaneously charm and alienate viewers, and, much like the men who came after him, he longed for an era when ‘guys like us, we had it made.'” (Timothy Parfitt)