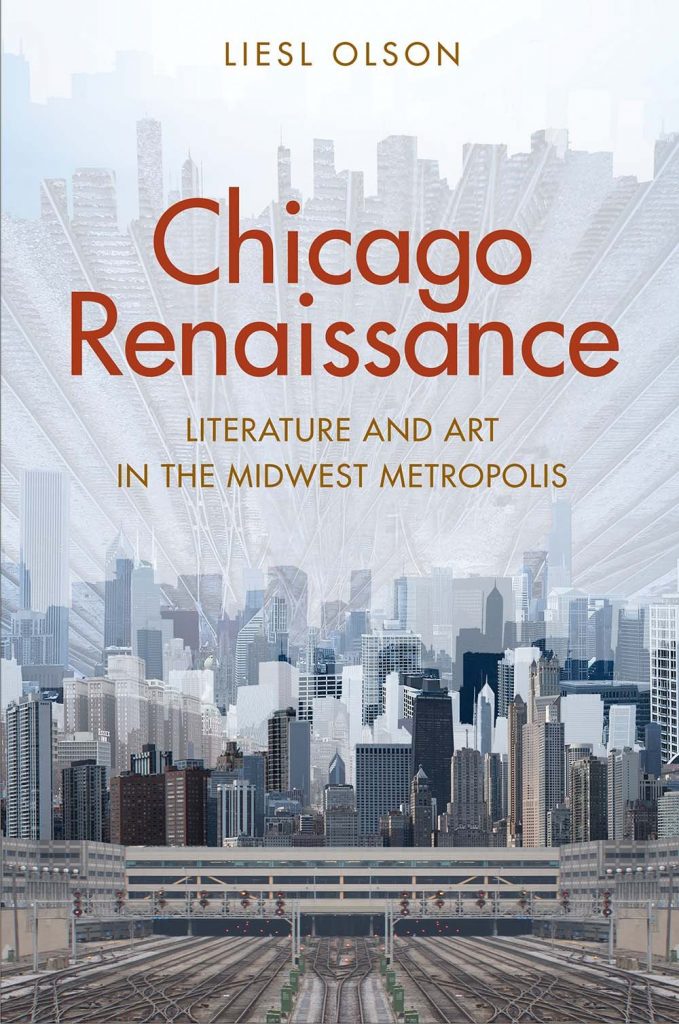 The modernist movement, outside academia, is often considered elitist; artists like Gertrude Stein downright baffling; and Chicago’s place in it mostly architectural. Liesl Olson’s cultural history, “Chicago Renaissance,” makes a clear and insightful case that Chicago was essential to the movement—and that the literature arising from it was both avant-garde and accessible. Olson, who is director of Chicago Studies at the Newberry Library, distills high-minded ideas into an intellectual carnival: the city’s art, its personalities, its industry, its euphoric struggle to make and represent a new age. She lays out a nuanced, scholarly discussion for the serious academic while providing an easy, entertaining read for the earnest layperson.

“Fiction and poetry give us singular access and understanding into this human dimension of Chicago’s history,” Olson writes. “These imaginative forms allow us to inhabit a world that may be quite different from our own. To be sure, we often turn to fiction and poetry for information about the past, for evidence of the culture in which literary works were produced.”

Monroe to Brooks is a deliberate choice that signals Olson’s insistence on showing that Chicago’s earlier (mostly white) and later (mostly black) renaissances were part of a continuous creative uprising. A scene in which Nelson Algren offers editorial insight to Brooks provides a glimpse into the connective tissues between seemingly disparate groups and times. This structure also shows Olson’s determination to represent the influence of women and non-writers on this creative period.

She convinces readers that lasting work from that period was conceived and nurtured amongst a crowd rather than in isolation. Olson’s most remarkable accomplishment, among many in this extraordinary book, is that she allows the reader to feel the thrill in creation. Creation unique to a city new enough to see potential in a blank canvas. Creation that enacted and reflected change. Creation bigger than its creator. As Olson writes of Monroe in her conclusion, “To be part of a movement—a collective, a cohort—was for her to feel a larger sense of possibility, of new potential, of optimistic boosterism so distinctive to Chicago.” (Don Evans)