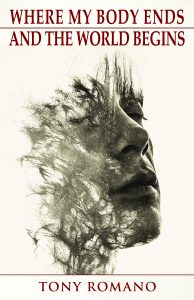 When someone dies after a long illness, ideally their circle has had time to gather and support their ailing loved one and one another. But when you lose your spouse to gun violence or your sister in a fire, it can leave you feeling like you’ve lost a limb, unable to get past it. In “Where My Body Ends and the World Begins,” Tony Romano’s fictional Anthony has steeped in survivor’s guilt for a decade since the infamous fire at Chicago’s Our Lady of the Angels School in 1958. The real-life event killed ninety-two children and three nuns, devastating a community. Anthony chats with his dead sister daily. His relentless obsession with the past keeps him from relating to any remaining family members, who he blames for abandoning him. His retired cop neighbor suspects him of setting the fire, but the perspective of Anthony’s stalwart girlfriend Maryann reveals as much about absolving guilt as the difficult and valiant effort to survive it. 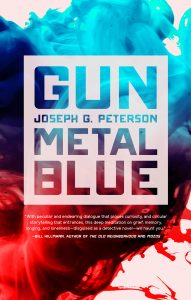 Meanwhile, Joseph G. Peterson’s protagonist in “Gun Metal Blue” is similarly waist-deep in the molasses of grief. Five years after Art Topp’s wife’s murder, he’s still paralyzed by the fear that he’s responsible. A feeble private detective, he wallows in the remembered joy of his marriage to a gal who married down and hangs out at the shooting range with his sad sack bachelor buddy instead of actively searching out what happened. Art’s easygoing tone neutralizes the incapacitation he feels at the devastation of his life, but he manages, by coasting along, to find the resolution the reader desperately wants. Passivity can be poison, but it can also lead you to that stinging slap in the face that makes you realize you’re a mess. (Kate Burns)