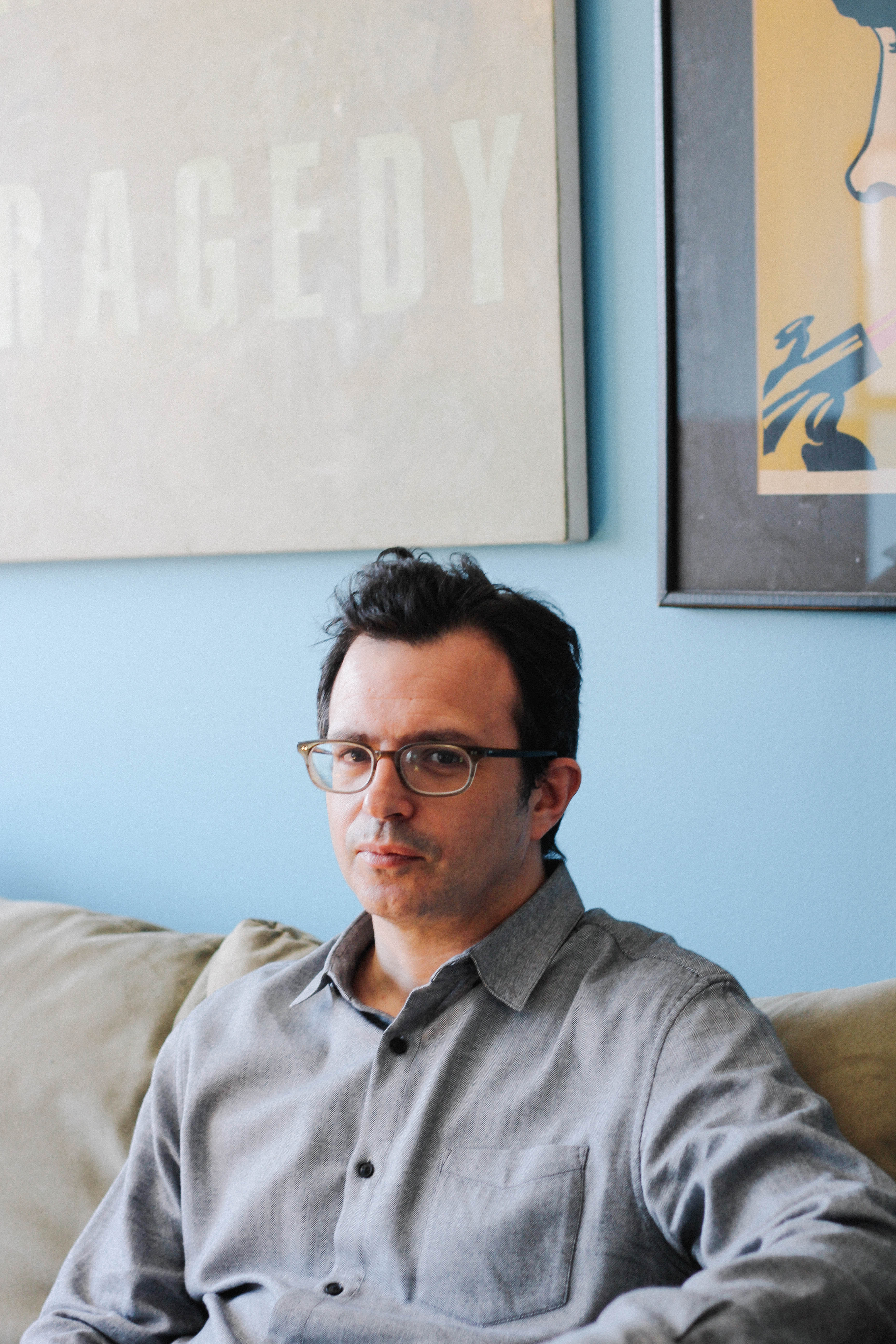 Since winning the National Book Award for poetry for his “Performance of Becoming Human,” Daniel Borzutzky has finally gotten the wider praise he deserves. I published his work in the earliest volumes of Bridge, the journal I edited in the early aughts. Borzutzky remains less well-recognized than he deserves in Chicago, the city he today calls home. He is unflinching in his embrace of difficult emotions, even and especially at the social and political injustices that mark the territory of his Latin American contemporaries. The verse of this son of Chilean immigrants evokes the finest aspirations of Raúl Zurita (whose work he has translated), Philip Levine’s deliberations on the soul of Detroit, or Carolyn Forché’s dissections of a civil-war-torn El Salvador. 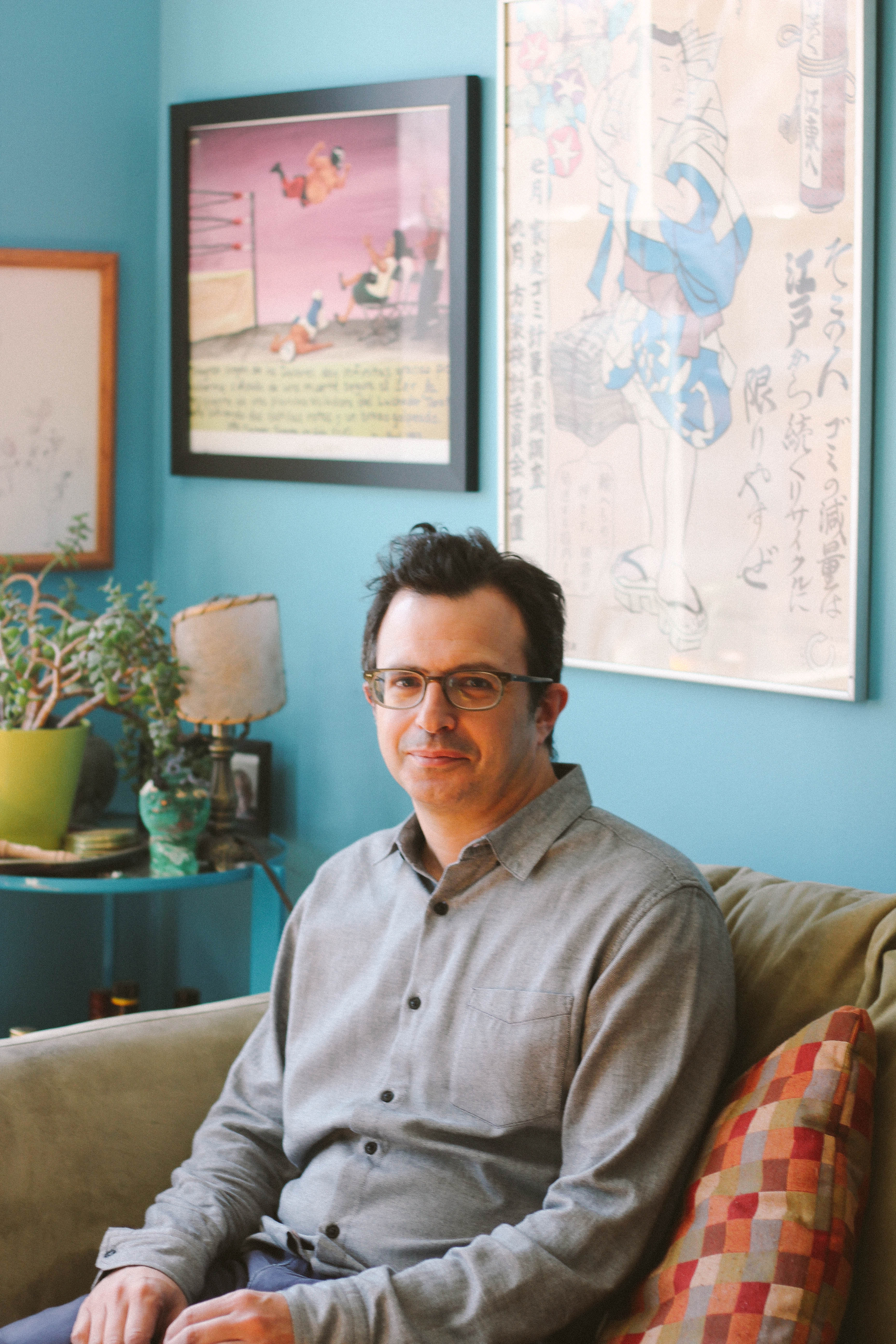 I’ve seen “Lake Michigan” described as the Homan Square section of your work. Is that a fair assessment?

At the end of my last book, the “Performance of Becoming Human,” there are some pieces that take place in a prison site on a Chicago beach. Lake Michigan becomes a continuation of that project. On one level, it’s thinking about Homan Square and police violence in Chicago, but the interest is certainly broader than that.

There’s a dividing line in the work that I think of as reality of thought versus imagination, or poetry and politics, which some say don’t go together.

The poetry is all political. It responds to the various political and economic realities of our time. However, I wouldn’t have the pretensions to confuse poetry with policy. Certainly, I’m using features of poetic language and narrative throughout the book. There are dialogues with other writers. There is repetition throughout the book and an interest in sound and rhythm. Those are features of poetic writing.

Doesn’t that suggest there’s something wrong with art for art’s sake?

There’s anger or outrage about what’s happening that’s very visceral in your work.

In terms of imagining a country or a nation, it’s doing a couple of things. I’m thinking about what is already happening, to some degree under the surface, or that is not entirely visible—something like Homan Square which was invisible to most of us. I am also thinking about those things that are scarcely visible and drawing them out to their logical conclusions. It comes through the books in terms of state violence, treatment of immigrants and economic policy. I’m thinking about what we know is happening, but we don’t panic about. I’m trying to push that to where I think it’s heading, what people don’t see.

With these historical precedents, for instance, talking about Pinochet as one of the original neoliberals, do you see that as a parallel between what was happening in Chile and what’s happening now, what you refer to often in the text as a corpse, or a carcass economy?

Yes. Starting around 2014, I started to write a lot about the relationship between Chile and Chicago. I was thinking mostly in economic terms, about the experiments that the “Chicago Boys” and Milton Friedman wanted to enact—for example, privatization. Chile had privatization on a mass level of schools, healthcare and social security. In 2012, when the Chicago Public Schools were on strike for the first time in twenty-seven years, in Chile they were in the midst of a year-long student strike. Their issues were largely the same, about privatization and access. I was certainly thinking about parallels. Chile uses a voucher system to supplement people’s ability to pay for private education as a way of crushing public education. This was proposed here. When George Bush wanted to privatize Social Security, he talked about Chile as being the model and falsely claimed it was successful. There are various economic policies that begin in Chicago and then move to Chile.

I’m not saying that Chicago and Chile are the same thing, or that violence is the same—of course, in Chile, the numbers of people who died or were tortured are much greater. I would say that state violence in both places is used as a means of sustaining public policies that seek to rid those communities of social and public services.

Rahm’s closing down sixty public schools on Chicago’s South Side, for instance.

Right, but it is happening at the same time as cops are killing kids on the South Side. That’s the point I want to make. Those are not separate things. The killing of black youth on the South Side serves as a means of sustaining the policies of shutting down those schools.

Zurita was also a performance artist, staging actions in the streets. Is that something you were thinking of when you were writing the “Performance of Becoming Human,” this sort of action?

No, I was thinking about performance, but not as this kind of art action. The title refers to a story by Kafka, “A Report to an Academy.” It is about an African ape who is captured, put in chains, taken back and tortured on the ship. In order to find his way out, he begins to act like the humans on the ship. They’re really vile, they spit and belch all the time. He begins to imitate them, learns how to talk and goes around Europe giving speeches on his transformation. But while he’s plotting how to imitate, or ape, the humans, he begins to speak as an artistic performance. That was the seed. It got me thinking about the various ways that we perform humanity and particularly about the way that people with power choose to perform their humanity—or not.

Humanity is a choice.

Yeah. Kafka’s point and, as I reference in “Lake Michigan,” Aimé Césaire’s point is that the choice that humans, and often civilized humans make, is to act like barbarians. They do that through systemic violence and by killing people who have less power than they do.

You’ve described neoliberalism as a resurgent force, particularly in Chicago, can you elaborate?

We see all sorts of ways in which the public sector is affected. The city government disinvests in public services, closing schools and mental health facilities, privatizing prisons, street and utility services. There are many ways in which Chicago hands over its responsibilities to private companies.

Markets and commerce have been pushed to an extreme, where the thinking is that we can monetize everything, right down to people’s sense of individuality.

The ideology that is presented by neoliberals is that market economics will trickle down through competition and through job creation in order to benefit the public and people who do not have money.

Yes, and on a fundamental level markets are a negation of collective action.

We simply don’t have enough evidence that the market is interested sustaining low-income communities. Opening up a Whole Foods in poor neighborhoods is not going to end with real investment in what those neighborhoods need. One could argue that doing things like that becomes the first step in removing low-income people from the neighborhood, right? If we toggle back and forth between Chile and Chicago, we see in both places that the markets benefit people who can afford to invest and who can control profit and the means of production. Chile has been using a slogan lately—“Capitalism with a human face”—as if the idea could provide a counterbalance to the neoliberal ideas in place. But it’s not addressing the abandonment and social cruelties that mass capitalism and neoliberalism have created.

It’s this extremism that you’re trying to root out in this experience of the two worlds.

Yes, except the extremism is mainstream, right? It is extreme, except Rahm Emanuel runs as a liberal Democrat. Chile, since the end of the coup, has had three socialist presidents and they still have a mostly privatized school and healthcare and social security system. These very right-wing policies in the United States and in Chile have become simply the center, and to some degree, the center-left.

Do you then see these works as a critique of modernity?

I don’t know if I’m critiquing modernity in my writing, but I am critiquing the ways in which market forces and mass capitalism have existed side-by-side with extreme violence, with genocide, with racism and oppression throughout the United States, and that they are forces that simply run parallel. To the degree that they are facets of modernity, yes.