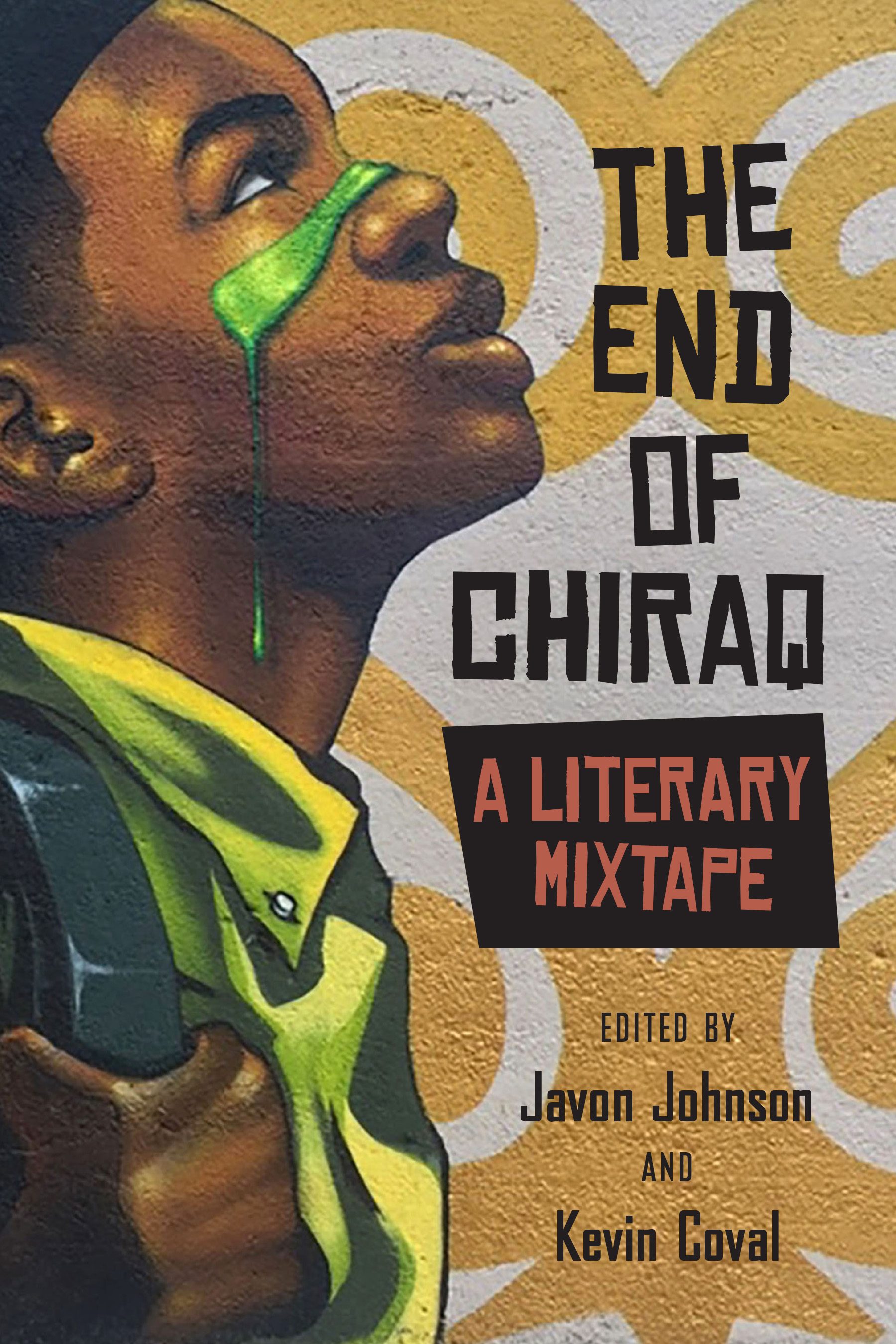 What do young Chicagoans think about their bifurcated, often violent, vibrant city? What might the future be like if black and brown youth were adequately supported to develop, create and contribute? “The End of Chiraq: A Literary Mixtape” complicates the one-dimensional narrative put forward by news media and movies. This collection of poems and essays examines painful events behind explosive headlines, such as the police shooting of a black child with sixteen bullets, the subsequent payout and video cover-up by a mayor wanting re-election. It also celebrates the vibrant, creative energy that exists alongside the “war zone” reputation. Edited by Javon Johnson and Kevin Coval, the volume features exciting, dynamic work by emerging artists from Young Chicago Authors and Louder Than a Bomb: The Chicago Youth Poetry Festival, as well as established voices like Jamila Woods, Nate Marshall and Haki Madhubuti. In his thoughtful introduction, Johnson asks that the reader “witness the dreams and desires of young Chicagoans.” They include making safer communities and challenging power structures that neglect neighborhoods, shutter schools and imprison young black and brown people. The voices are compelling, demanding attention and action.

The first section looks at Chicago’s bullet-ridden realities, described in Malcolm London’s “Rome Wasn’t Built in A Day” as a colosseum “of black boy gladiators celebrated for their carnage / murdering for the world to watch.” Fatimah Asghar writes of a nine-year-old boy executed in an alley—“I see him in the headlines. / The articles say they found his basketball / the one he always carried with him / at the mouth of the street.” Other sections investigate segregation and Chicago’s “two cities,” gentrification and stereotypes, contest the negative portrayal in Spike Lee’s film “Chi-Raq” and turn to the city’s energy and potential. “Tomorrow, the sun and the moon will shake hands. / Here everything circles in compromise,“ Kara Johnson writes in “Somewhere, Upcoming” and in “Ode to Dawn,” Gelila Asmanmaw writes of the lake shore at dawn “today is a new day / a new day / a new life, fresh / start / remember / the 16 shots / yesterday / but live a new day / a new dawn.“ These voices are heartbreaking, generous and hopeful, acknowledging the crushing, vile aspects of Chicago while wanting and believing in a better future. City leaders and readers—make it happen! (Toni Nealie)

Kevin Coval hosts “The End of Chiraq: A Literary Mixtape” on June 10, 10am at Printers Row Lit Fest.