Noticeable trends this year: poetry is huge, printed books are winning out over e-books and independent bookstores can make all the difference to new authors just getting a foothold. I’ve seen most of these writers read their work, engaging with their audiences in person, online and on the page—they are a big-hearted bunch, concerned about the state of the nation and the plight of humanity rather than buffing their laurels or simply being clever (although they are that!). More than a year since the election and the Writers Resist events that many on this list participated in, spirits are buoyant, everyone is getting on with writing and the political is often incorporated into the work, including issues of war, gender, race, segregation, economics, sexuality, oppression, health or decisions about families. The fifty writers on this list work in different genres, come from a range of backgrounds and approach the word with a variety of styles. In part crowdsourced from the recommendations of booksellers, readers, writers, literary bigwigs and publishers, the list provides a snapshot of fifty artists who are actively publishing, reading and writing. Some publish millions of books, some work across multiple genres, some sell fewer books but perform widely. It is a fluid list, with some beloved writers moving away, others on hiatus, some between books and another fifty vital voices represented on the alternate-year list of influencers. (Toni Nealie)

All photos by Monica Kass Rogers, shot on location at StoryStudio Chicago. 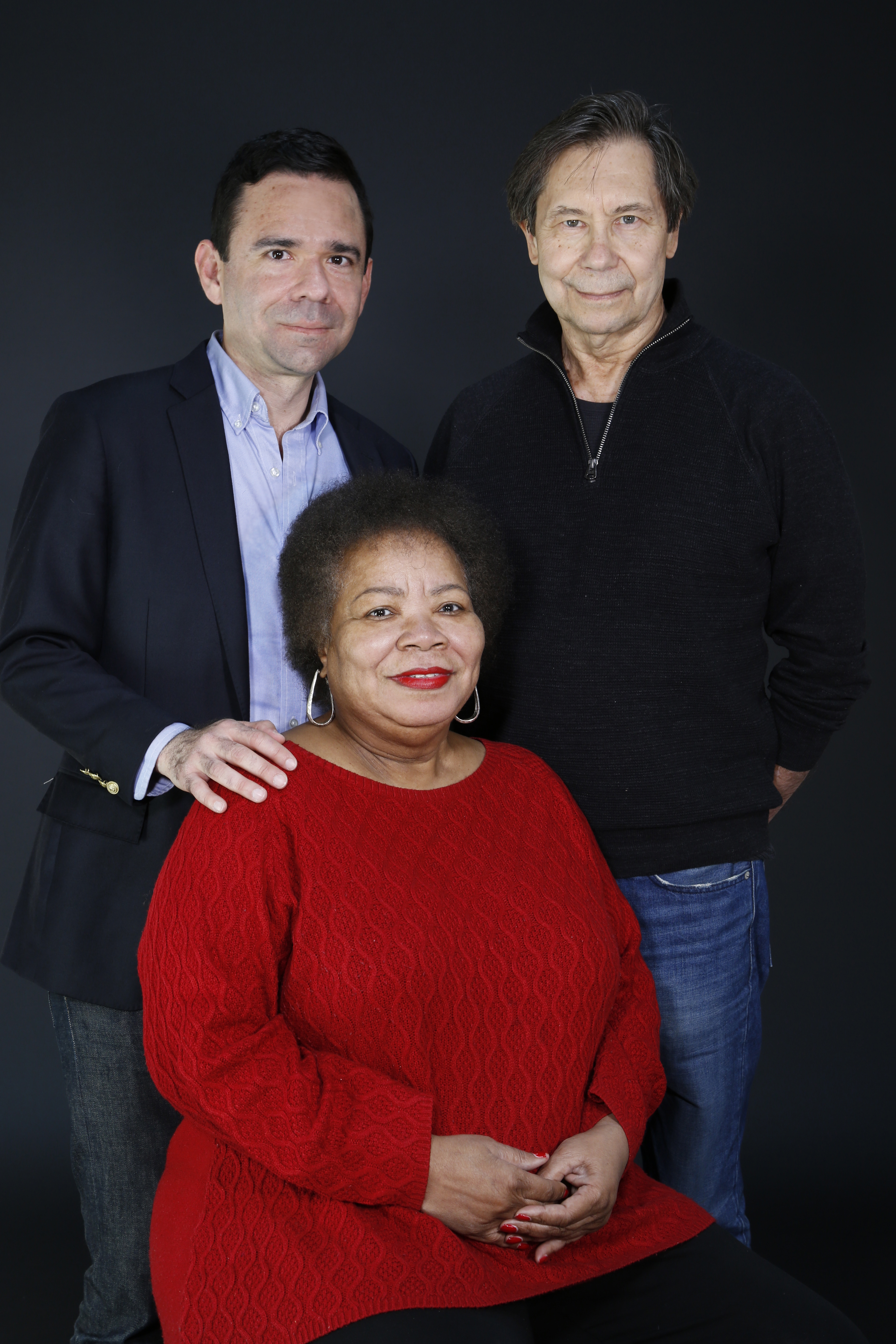 1
Eve L. Ewing
“I am alive / I am alive / I am alive” Eve L. Ewing writes in “Affirmation,” from her debut book “Electric Arches,” an acclaimed exploration of black girlhood. From one side of Chicago to another, Ewing lights up bookstores and stages with poetry readings and performances, scooping up awards from the Poetry Society of America, the American Library Association and Harvard. With Nate Marshall, Ewing co-wrote the script for “No Blue Memories: The Life of Gwendolyn Brooks,” a magical multimedia production that includes puppets, live actors, poetry, animation and music created in partnership with Manual Cinema and the Poetry Foundation. Ewing’s essays and poetry are published widely and she is one-half of the Echo Hotel writing collective with Hanif Abdurraqib. Dr. Ewing is an assistant professor at the University of Chicago, where the U of C press this fall will publish “Ghosts in the Schoolyard: Racism and School Closings on Chicago’s South Side,” her book about structural racism and public schools in Bronzeville. With Marshall and the Poetry Foundation, Ewing also co-hosts the annual poetry incubator, this year with faculty poets Tyehimba Jess and Kay Ulanday Barrett, culminating with the Chicago Poetry Block Party. As if that isn’t enough, her social justice-focused Twitter is required reading. 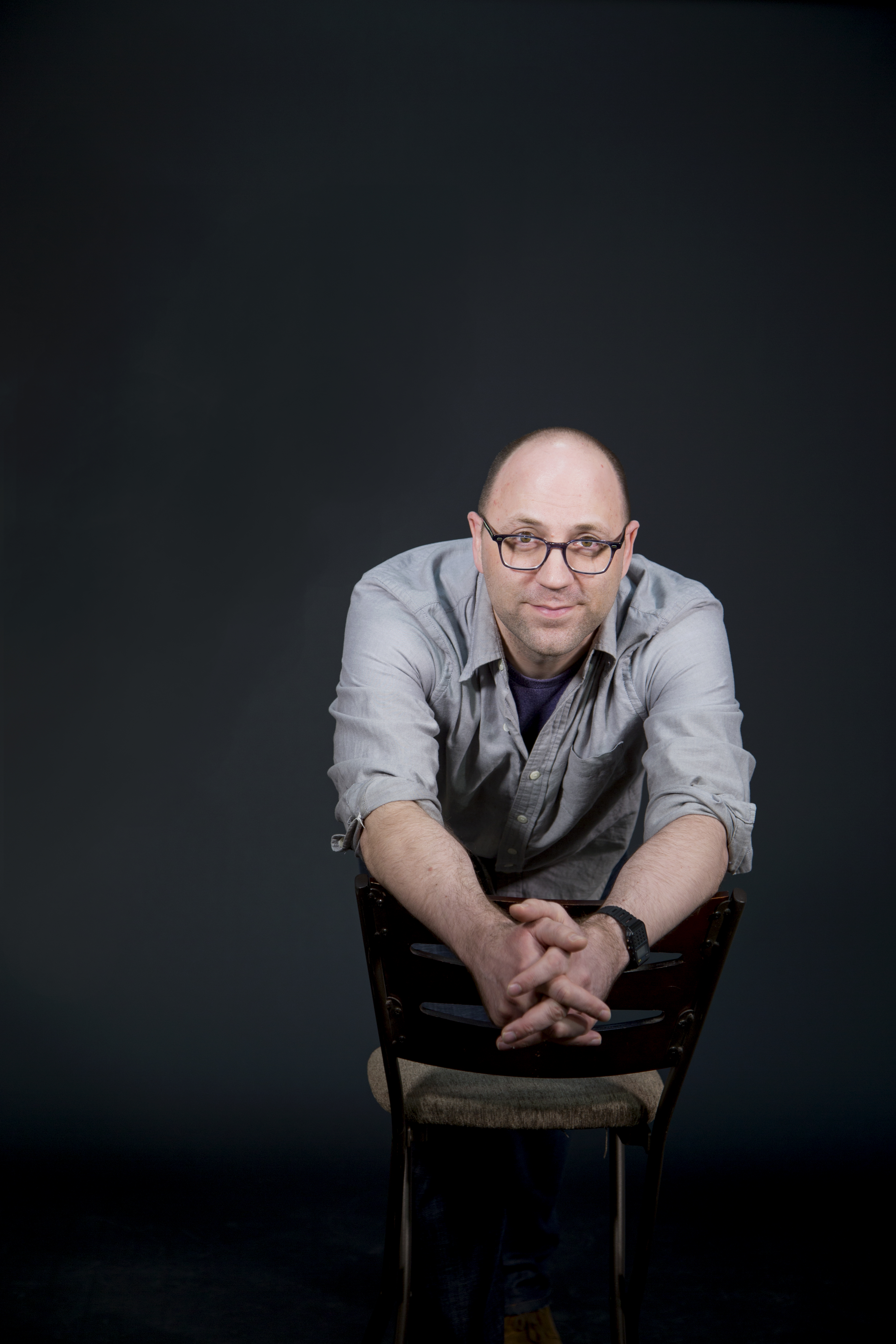 2
Daniel Kraus
New York Times bestselling author Daniel Kraus is no stranger to the macabre. He’s written stories about the strange, gory and chilling since adolescence. His collaboration with Guillermo del Toro on “The Shape of Water” was adapted into film, nominated for thirteen Academy Awards then winning four, including Best Picture. Lately, Kraus has stepped into bigger shoes: those of the late director and horror legend George A. Romero. Kraus is completing Romero’s unfinished novel, “The Living Dead,” which will be released in fall 2019. Having written his fair share of grisly YA novels, Kraus’ greatest task now is understanding the mind of Romero and the world he intended to complete.

3
Luis Alberto Urrea
Soaked in his “own blood and tears,” Luis Alberto’s ”The House of Broken Angels” was born into a tumultuous post-election period of DACA and border-wall whiplash that Urrea could not have foreseen when he began writing his contemporary family epic. Author of seventeen books of fiction, poetry and essays, and a member of the Latino Hall of Fame, the UIC professor has received an Arts and Letters Award in Literature from the American Academy of Arts and Letters and other accolades. His novel “Into the Beautiful North” was a National Endowment for the Arts Big Read selection. Urrea’s next book, “Goodnight, Irene,” is about his mother’s World War II experiences. “Though it, too, has deep roots in the essence of who I am,” Urrea says, “all the adventure will buffer the soul.”

4
Jonathan Eig
In “Ali: A Life,” winner of the 2018 PEN/ESPN Award for literary sports writing, Jonathan Eig paints a comprehensive picture of the proudly black and Muslim boxer who demanded that the nation “get used to me.” But we, as a nation, never did, as Eig pointed out when accepting the award. “Some people are still not used to Muslims as Americans. Some people are still not used to the notion that protest is an act of patriotism.” Eig, author of four previous books of nonfiction, is working on a documentary with Ken Burns and Morgan Freeman about Ali. He admits a soft spot for athletes—”They punch people in the face, and I like that. It’s much easier to write about people who punch other people in the face than it is to write about people who sit at a desk and write poems or discover the secrets of genetic code.” He has signed with FSG for a biography of Martin Luther King, Jr.

5
Jamila Woods
Jamila Woods has proven to be a jack of all trades—from music and poetry to her work with Young Chicago Authors and Louder Than A Bomb—and a Chicago artist to be reckoned with. In 2016, Woods released her debut solo album “HEAVN,” which combines her soft vocals with soul and hip-hop/R&B music. She collaborated with Chicago poet and screenwriter Fatimah Asghar on the web series “Brown Girls,” which has been picked up by HBO. This spring, the second volume of The Breakbeat Poets series was released, “Breakbeat Poets Vol. 2: Black Girl Magic.” The anthology was edited by Woods, Mahogany L. Browne and Idrissa Simmonds, and includes a foreword by Patricia Smith. Woods closed out the anthology’s book launch at Chicago’s Poetry Foundation, reading her poem from the book, ““My Afropuffs.” 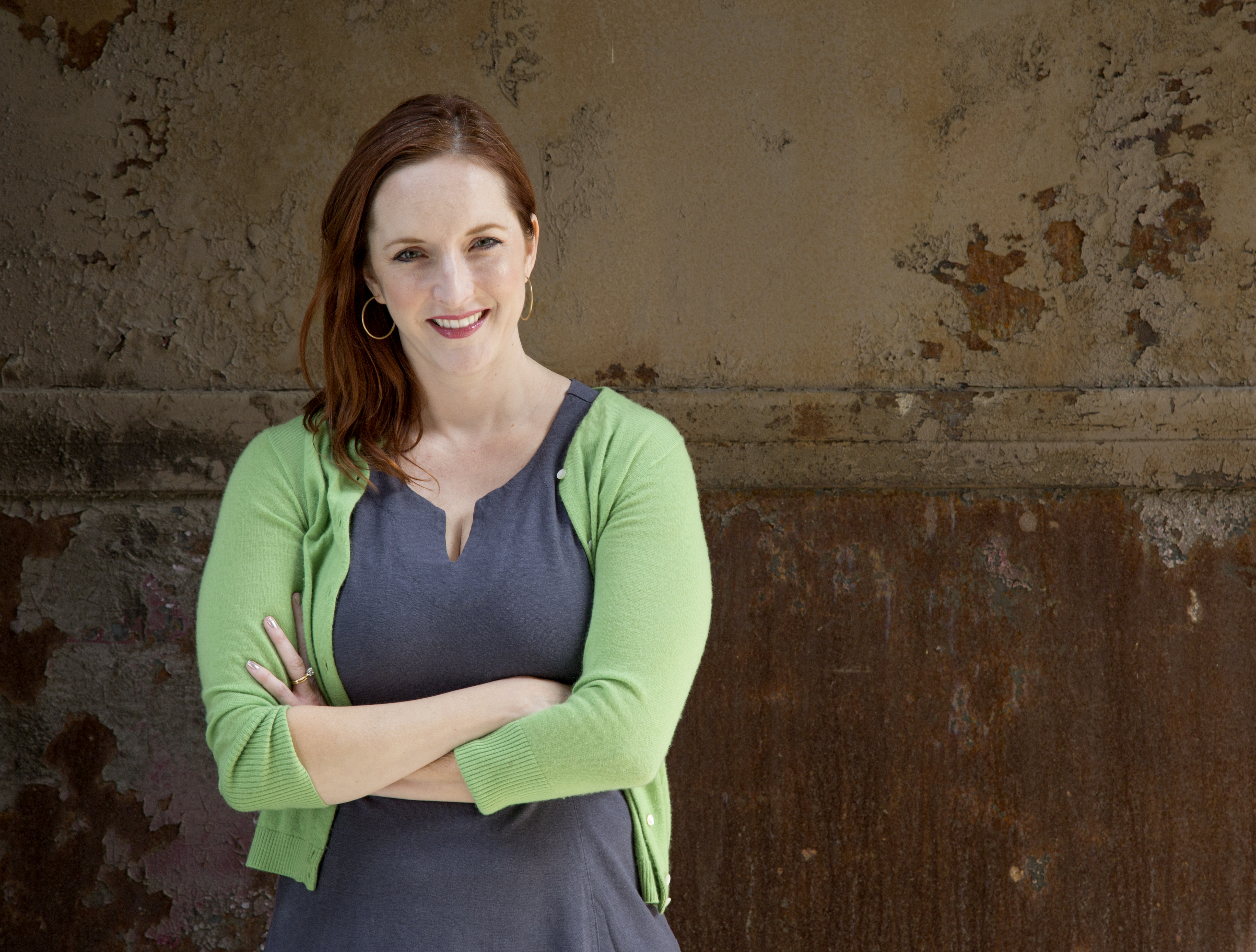 6
Rebecca Makkai
The author of “The Great Believers,” “The Borrower,” “The Hundred-Year House” (a Chicago Writers Association 2014 novel-of-the-year winner) and “Music for Wartime” thinks it’s hilarious that the publishing industry still regards Chicago as flyover country. “They’re welcome to fly right on by, but they’ll miss a hell of a party,” Rebecca Makkai says.  When she isn’t writing, Makkai teaches at universities and workshops throughout the U.S., is artistic director of StoryStudio Chicago; a curatorial board member at the Ragdale community; a founder of The Conversation monthly literary series at Women and Children First and a not-to-be-messed-with contestant and host at Volumes Bookcafe’s trivia nights.

7
Kathleen Rooney
Walking, talking to strangers and writing make Kathleen Rooney joyful. This happy combination secured international success for her second novel, “Miss Lillian Boxfish Takes A Walk,” a barbed, witty tale of an eighty-five-year-old strolling Manhattan, recalling her days as a pioneering advertising woman and poet in the Jazz Age. To write historical fiction, Rooney advises that  “one must read in the period”  as well as reading about the period, to see how people thought about their times. Rooney has written eight books of poetry, literary work and nonfiction, publishes essays and criticism, and recently edited “René Magritte: Selected Writings” with Eric Plattner. She teaches at DePaul University, co-founded Rose Metal Press, co-founded Poems While You Wait in 2011 and was a 2017 artist-in-residence at the Cliff Dwellers Club. Her latest work, “The Listening Room: A Novel of Georgette and Loulou Magritte,”  combines poems and flash fiction.

8
Daniel Borzutzky
Racial segregation, police brutality and educational disparities are among Chicago injustices that are the foundation of Daniel Borzutzky’s work, including his new book “Lake Michigan,” a collection of lyric poems imagining a prison camp on a Chicago beach. These themes also inform Borzutzky’s collection “The Performance of Becoming Human,” winner of the 2016 National Book Award for Poetry. The son of Chilean immigrants, Borzutzky draws parallels between bureaucracies in Chile and Chicago and how privatizing public systems leads to oppression—“I was thinking of those who cannot survive the brutalities of our rotten economies.” 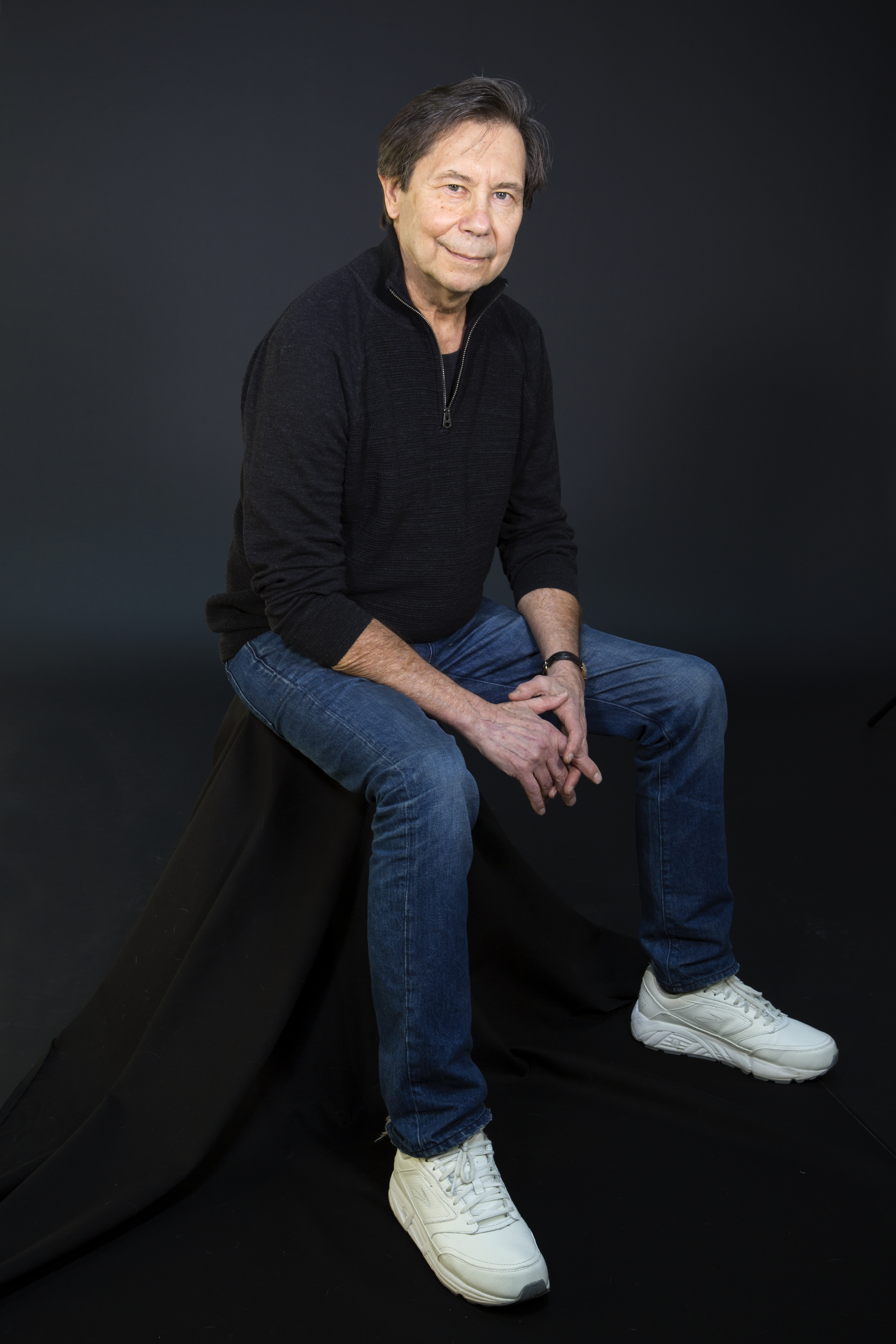 9
Stuart Dybek
Stuart Dybek’s strikingly realistic, relatable Chicago stories are as gritty and solid as the viaducts and railways that lace the city he loves. Often compared to legendary Chicago voices Saul Bellow and Nelson Algren, Dybek was named “bard of the blue collar” by Studs Terkel, but his work is dreamy too—“I had this sudden awareness,” he wrote in one of his stories, “of how the moments of our lives go out of existence before we’re conscious of having lived them. It’s only a relatively few moments that we get to keep and carry with us for the rest of our lives. Those moments are our lives.” A writer of poetry, fiction and nonfiction, Dybek has made a name for himself across literary genres. He is Northwestern University’s Distinguished Writer in Residence, and has received awards including the PEN/Malamud Prize, the NEA Fellowship, and Guggenheim and MacArthur Foundation Fellowships. 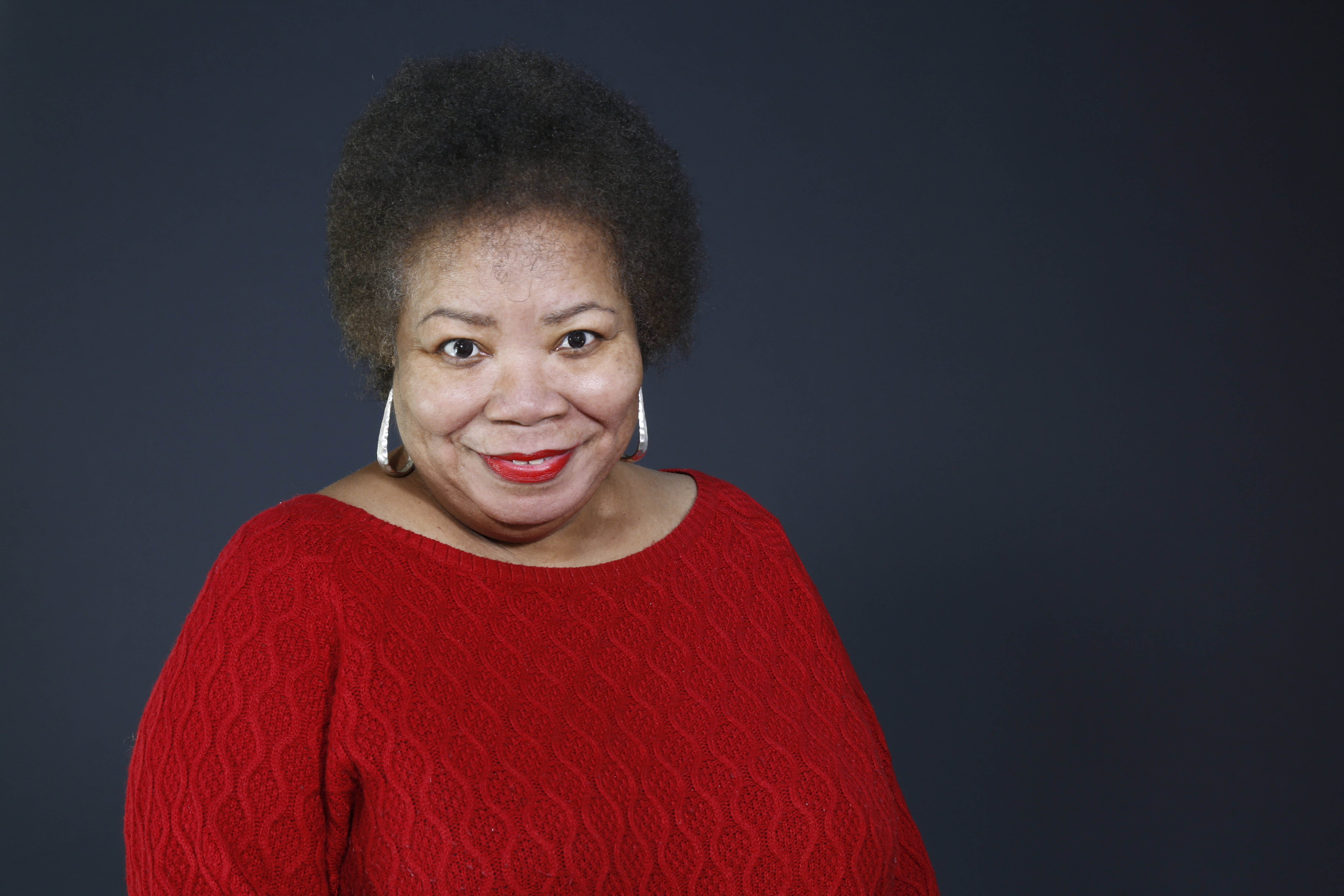 10
Angela Jackson
Listing all of Angela Jackson’s awards would comprise an article in itself—a National Book Award, Pushcart Prize, Academy of American Poets Prize, NEA Fellow and nominations for the Pulitzer Prize and Pen Open Book Award are but a few accolades. A prolific writer, Jackson’s latest book “A Surprised Queenhood in the New Black Sun: The Life & Legacy of Gwendolyn Brooks” illuminates the Pulitzer Prize-winning poet’s life and work through a study of her writing and personal papers. She felt awe in Miss Brooks’ presence, writes Jackson, “delight and wonder before her words.” From this master poet, Jackson the poet learned about “the mysteries of language.” Jackson received a deserved Chicago Literary Hall of Fame Fuller Award for lifetime achievement at the Poetry Foundation in May, CLHOF’s annual recognition of Chicago’s most important living writers.