11
Chris Ware
While tipping his hat to Charles Schulz for putting empathy in comics, Chris Ware humbly wields it in his chosen “city of the ninety-nine percent.” At once prolific and glacial, Ware has been cartooning since before the internet, with dozens of New Yorker covers and features on his resume, not to mention the award-winning graphic novels “Jimmy Corrigan, the Smartest Kid on Earth” and “Building Stories.” (The New Yorker’s longtime art critic, Peter Schjeldahl, called “Jimmy Corrigan” “the first formal masterpiece of a medium he has proved to be unexpectedly complex and fertile.”) Ware’s megawork, 2017’s “Monograph,” is a personal anthology and memoir that fans are basking in. “There’s something interesting about sitting at a table for a couple of decades working on a book that takes three or four hours to read,” Ware muses on the role of memory in navigating through everyday life. “I’m not trying to depress anybody, I’m just trying to portray what I think it feels like to be alive.”

12
Scott Turow
The lawyer and author of eleven hugely successful novels is best known for works such as “Presumed Innocent” and “The Burden of Proof.” His latest, “Testimony,” follows an American prosecutor as he investigates a war crime in Bosnia, involving the destruction of a Roma refugee camp. The job takes him to the International Court in The Hague to Washington, D.C. and to Bosnian villages. Among the sources cited in Turow’s endnotes is “The Book of My Lives” by Lit 50 companion Aleksandar Hemon.

13
Emil Ferris
Emil Ferris grew up hooked on illustrated serials and then captivated pals on her Uptown playground telling original cliffhangers. We have a paralyzing mosquito bite to thank for her widely lauded and Hugo award-nominated 2017 graphic debut “My Favorite Thing is Monsters,” an endeavor she embarked on to relearn how to use her right hand. A fictional graphic diary of a ten-year-old girl trying to solve the murder of her mysterious neighbor, this intense, nuanced and detailed work will take you on a journey and set you free. The crowd-funded Part Two arrives in October. 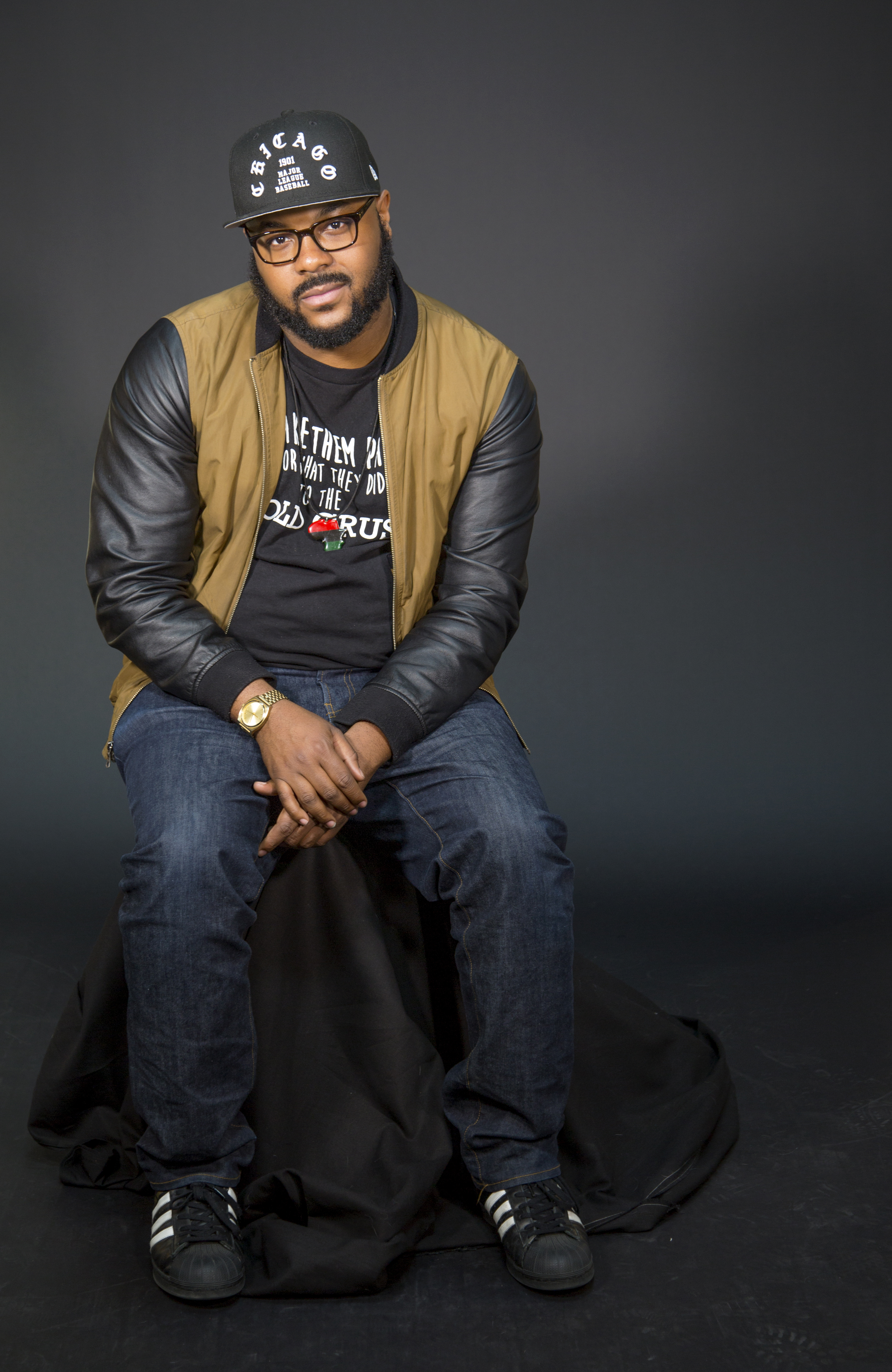 14
Nate Marshall
A love letter and elegy to the hundreds of neighborhoods on the South Side, Nate Marshall’s “Wild Hundreds” won the Black Caucus of the American Library Association’s best poetry award of 2016. “Grandma’s rosebush / reminiscent of a Vice Lord’s do-rag. / the unfamiliar bloom in Mrs. Bradley’s yard / banging a Gangster Disciple style blue,” he  laments. Marshall co-wrote “No Blue Memories: The Life of Gwendolyn Brooks” with Eve L. Ewing and has new work in “The End of Chiraq: A Literary Mixtape.” He was visiting assistant professor at Northwestern University and is seen regularly around town reading his own work and supporting other poets. He is a Cave Canem fellow, a founder of Crescendo Literary, a member of the Dark Noise Collective and Daily Lyrical Product as well as director of national programs at Young Chicago Authors.

15
Gillian Flynn
A master of suspense and regular resident on the New York Times bestseller list, novelist and screenwriter Gillian Flynn whips off “admirably nasty” pieces of work like stretching to get out of bed. Women on the verge of nervous breakdowns (“Sharp Objects”), pissed off by marital infidelity (“Gone Girl”), or reliving family murders (“Dark Places”) all play front and center in her modern page turners, which migrate regularly to the screen. Flynn’s Edgar Award-winning short story “The Grown-Up” is an homage to the classic ghost story, newly published as a standalone. Flynn recently signed an overall deal with Amazon Studios, which begins with a nine-episode remake of the British series “Utopia.” (Marni Nixon’s “Sharp Objects” mini-series adaptation with Amy Adams remains at HBO.)  In gratitude to her diehard fans, Flynn will name a minor character in her next book after one lucky donor of a cool $1,000 to Oak Park’s expanding, indie shop The Book Table. Carpe liber! 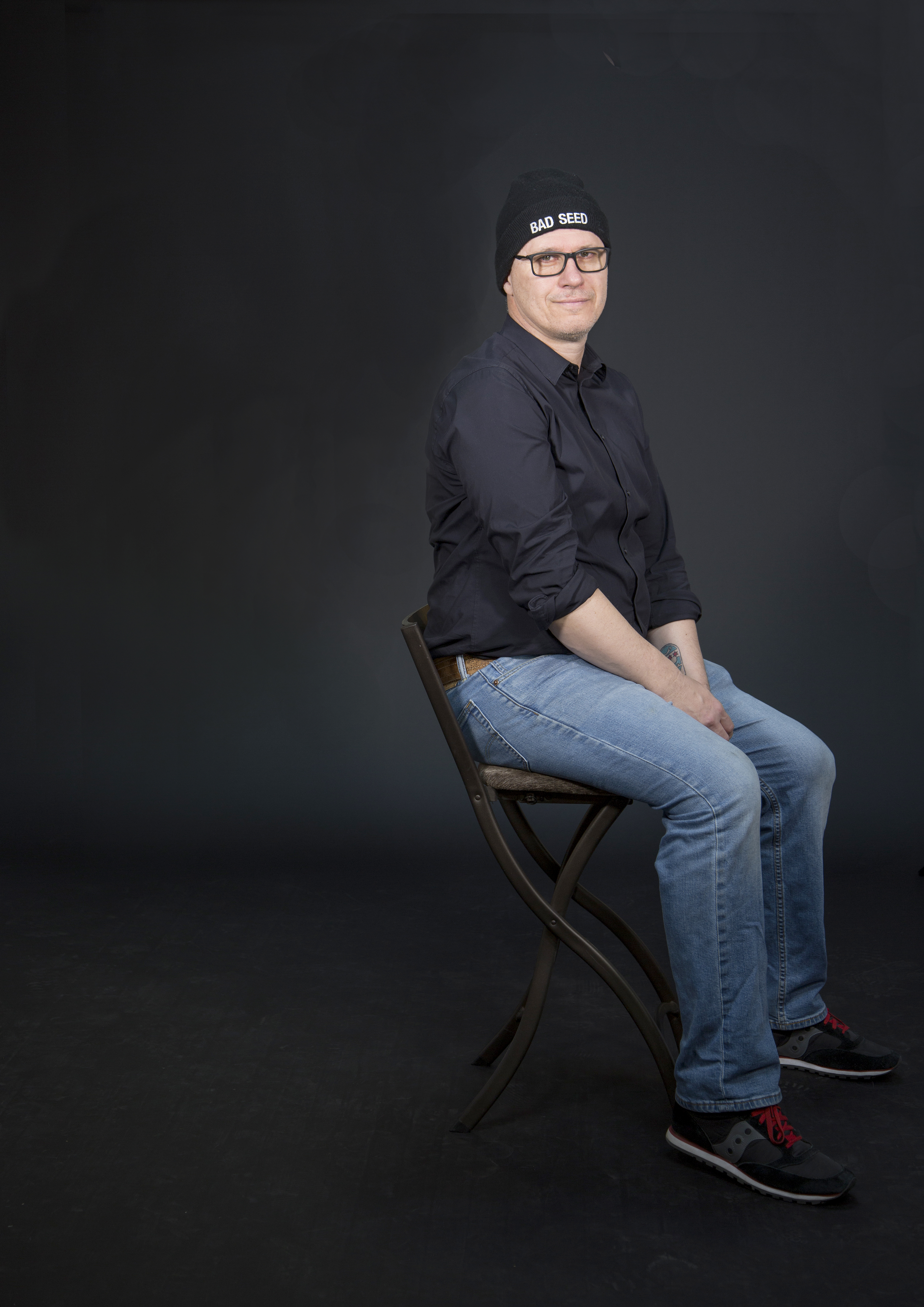 16
Aleksandar Hemon
We can look forward to two volumes of fiction from Aleksandar Hemon, “My Parents: An Introduction” and “This Dress Does Not Belong to You: My History,” coming from Farrar, Straus & Giroux this spring. And his “Behind the Glass Wall: Inside the United Nations” is anticipated within a year. “I think all the booksellers will be out cheering in the streets!” says one retailer. Hemon’s cultural and political insights can be found nationally at The New Yorker, Rolling Stone and LitHub and in Chicago discussions with The Conversation. The author of three novels, two books of short stories and one collection of essays, Hemon has professed his love of Chicago, even if, as he writes in “The Book of My Lives,” he occasionally feels invisible here: “They could not see us, even though we were there, as we were nowhere and everywhere.” We can spot him occasionally portraying himself on the Wachowskis’ Netflix series “Sense8,” for which he recently co-wrote the final episode.

17
Jesse Ball
In his latest novel, “Census,” acclaimed author Jesse Ball champions a narrative close to his heart. The novel was supported by his 2016 Creative Capital grant and Guggenheim fellowship. “Census” follows a father and son traveling across the country together in the wake of the father’s diagnosis with a terminal illness. The novel centers around the son, a man with Down Syndrome, which we learn in the introduction is inspired by Ball’s brother. Ball crafts the space around his character by using setting and the reactions and interactions of supporting characters. “Census” was listed by several publications including The New York Times, The Huffington Post and The Rumpus as one of the “Most Anticipated Books of 2018.” 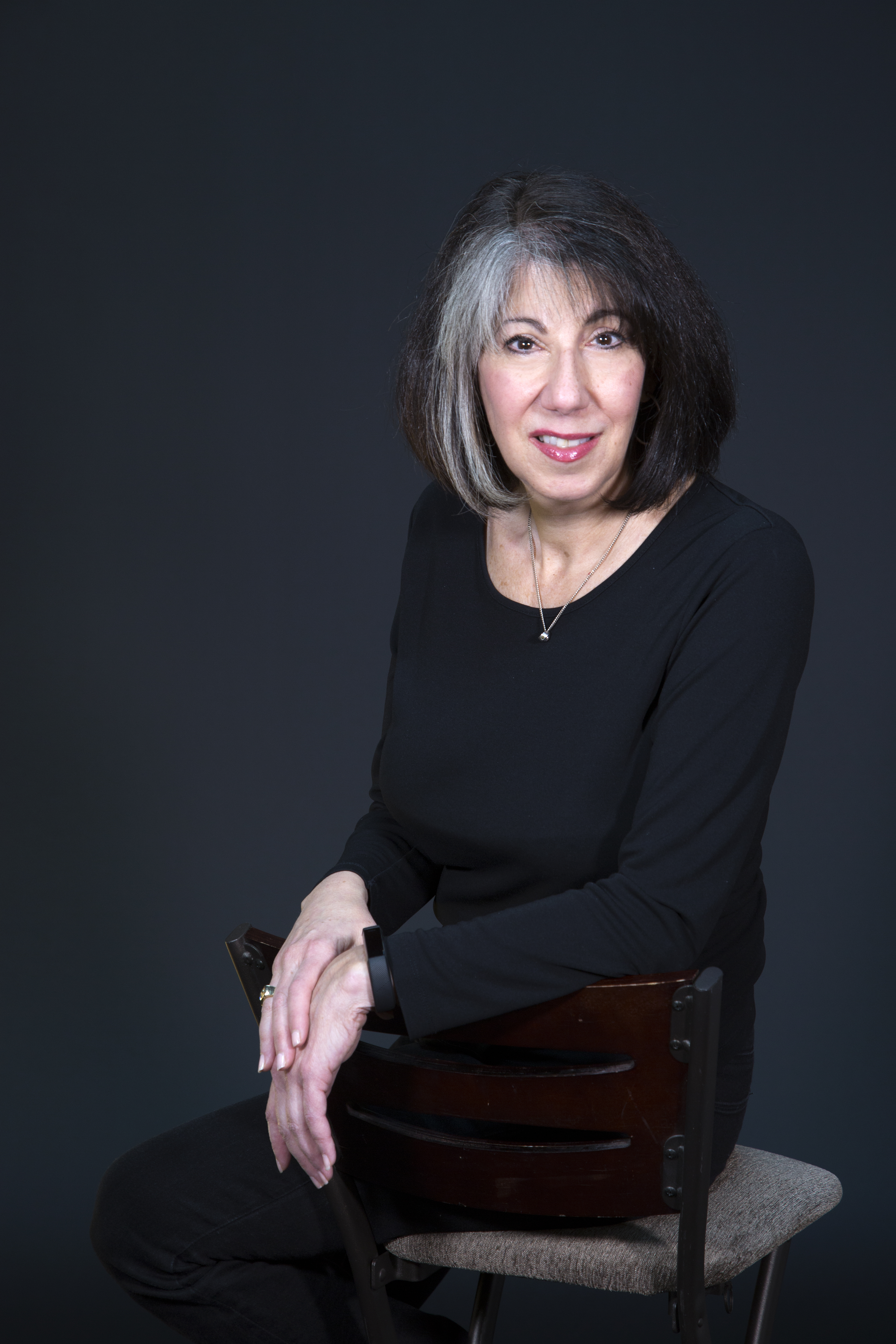 18
Renee Rosen
Historical novelist and YA fiction writer Renee Rosen loves this handsome, dirty jewel we call home. Rosen has a gift for weaving tales around some of the choicest nuggets in Chicago’s history—from the Roaring Twenties (“Dollface”), to the Chicago Fire and the rise of Marshall Field (“What the Lady Wants”), to the 1950s boys’ club of Chicago journalism (“White Collar Girl”), and most recently, to the Great Migration and the birth of Chess Records and Chicago Blues (“Windy City Blues”). While researching “Windy City Blues,” Rosen was surprised by parallels between blacks and Jews in the 1960s. “Both groups were immigrants to Chicago. No one wanted either of them moving into their neighborhood, living next door.” Hence, the Blues: a marriage made in Chicago, deftly retold by a local gem. 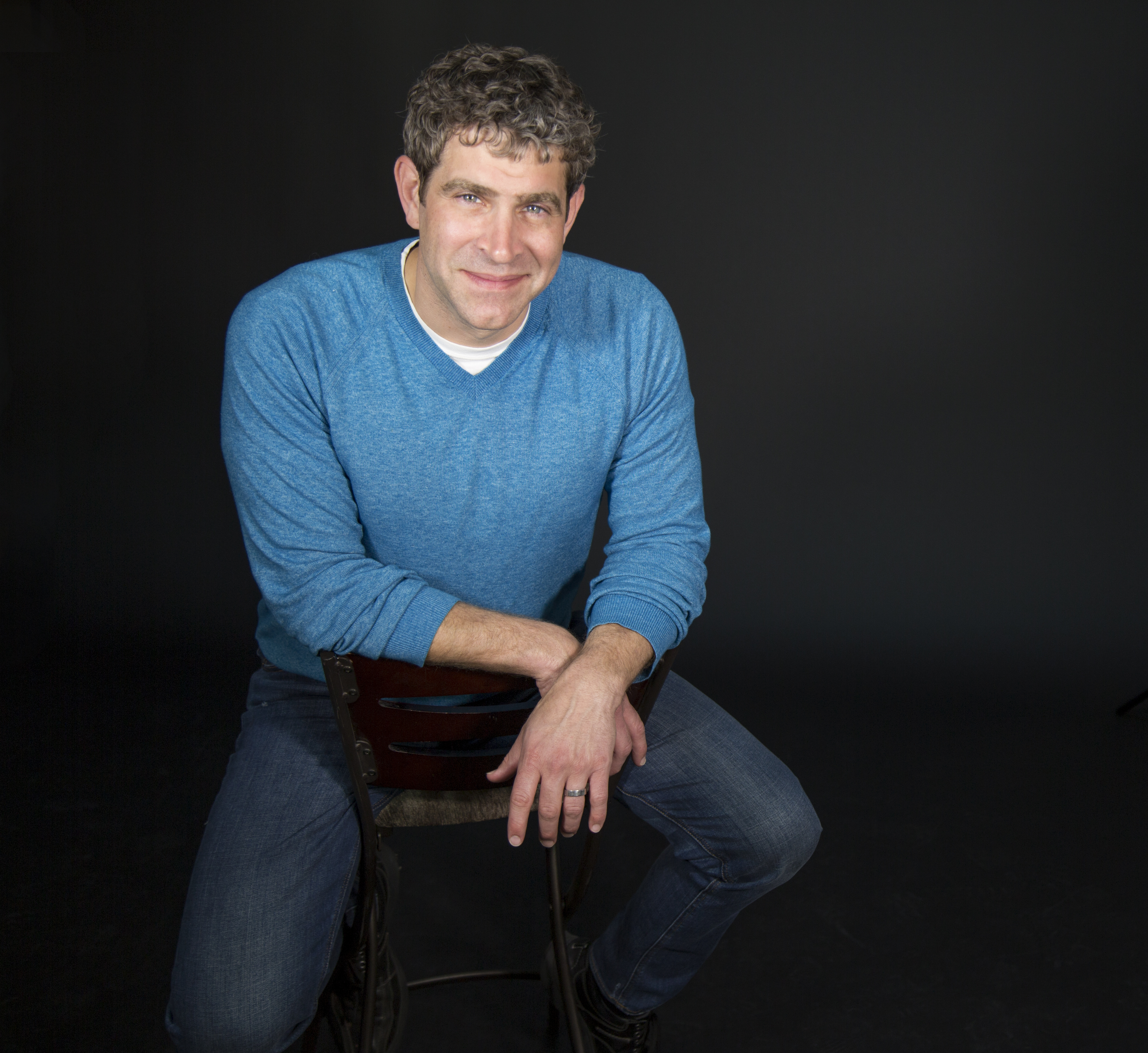 19
Marcus Sakey
Bestselling author Marcus Sakey writes “thrillers for smart people.” His “Brilliance” trilogy has sold one-and-a-half-million copies—so we can conclude there are a lot of smart readers. Sakey wrote a screenplay of his most recent number-one, “Afterlife,” a page-turner set in Chicago. Film rights were picked up by Ron Howard and Brian Grazer’s Imagine Entertainment. Sakey is working on his tenth novel.

20
Natalie Moore
What type of deals can the city put together to bring industry to neighborhoods that have been hit by unemployment? What is the city doing to stop the exodus of residents because of crime, foreclosures, lack of job opportunities and underfunded schools? These are the questions Natalie Moore asks, and since the publication of “The South Side: A Portrait of Chicago and American Segregation,” she has become one of the most quoted and interviewed writers on the subjects of race, segregation, inequality, injustice and violence. She won the 2017 Chicago Library Foundation’s 21st Century Award and writes for WBEZ and the Chicago Sun-Times.

NewCity’s 2018 edition of the Lit 50 recently came out, and we noticed that eight past Tuesday Funk readers are on the list. Daniel Kraus (#2) Daniel last read in August 2015. “I hardly ever do readings …. but last…