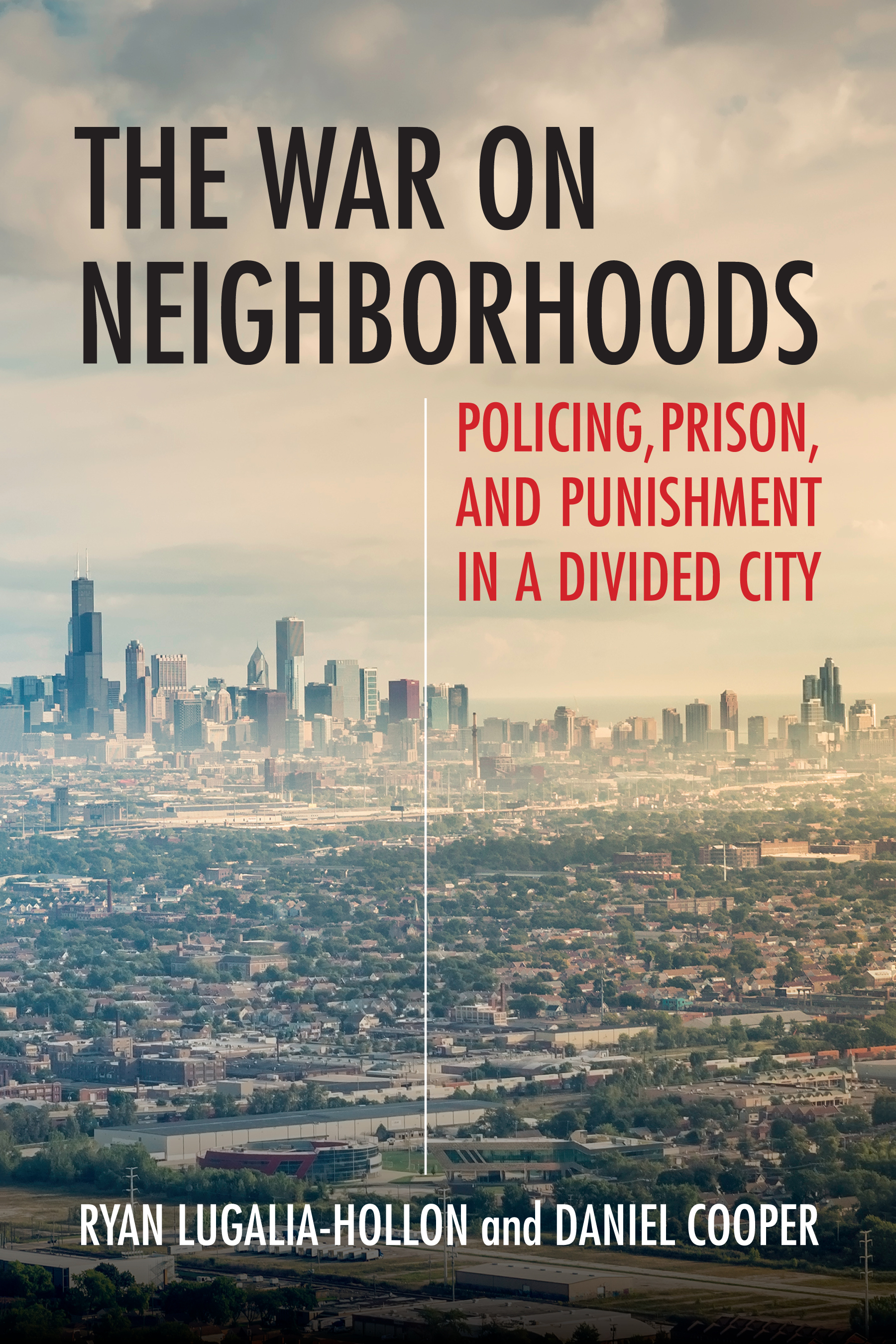 Chicagoans are used to being told that they live in a murderous city, by presidents and media. People who live in specific parts of Chicago don’t need to be told—they risk their lives just by going about their daily lives, walking to the store, playing in parks or even driving their kids to school. But presidents thundering about sending in “the feds” to sort things out would be well-served to read “The War on Neighborhoods: Policing, Prison and Punishment in a Divided City,” by Ryan Lugalia-Hollon and Daniel Cooper. They, along with this reader, would conclude that an unjust criminal justice system is broken, causes untold misery and death—and fails to make anyone safer.

The authors examine the outcomes of a racial and economic divide, high arrest rates, incarceration, disadvantage, police abuse, lack of development, homelessness and mental illness, centered on the West Side. They explain why crime and violence cause poverty, rather than the other way around, and how aggressive policing contributes rather than solves marginalization. In fueling “the punishment of disadvantage,” the authors argue, “the efforts of even the best community leaders are like a pail of water thrown against a wave. They cannot stem the tide.” After years of neglect and punitive policies (6,700 Austin residents were convicted and sentenced to prison between 2005 and 2009, compared to 311 in mainly white Oak Park, one exit further along the Eisenhower Expressway, also known as the “Heroin Highway”), there are deep inequities in how close communities are resourced and function. It should be no surprise that “babies born into neighboring Oak Park homes have a significantly longer life expectancy than babies born into Austin homes”—thirty years—but it makes it nonetheless shocking to read.

The authors ask that readers question their assumptions about presumed criminality and “law and order,” and focus urgently on bringing about change. To save future generations, the authors recommend substantial investment, in the way the United States poured millions of dollars to rebuild Europe after World War II, along with criminal justice reform through ongoing partnerships between residents, government and business. It is a strong, evidence-based appeal for transformation—the status quo doesn’t make anyone safer. (Toni Nealie)

“The War on Neighborhoods: Policing, Prison and Punishment in a Divided City”
By Ryan Lugalia-Hollon and Daniel Cooper
Beacon Press, 234 pages, $28.95