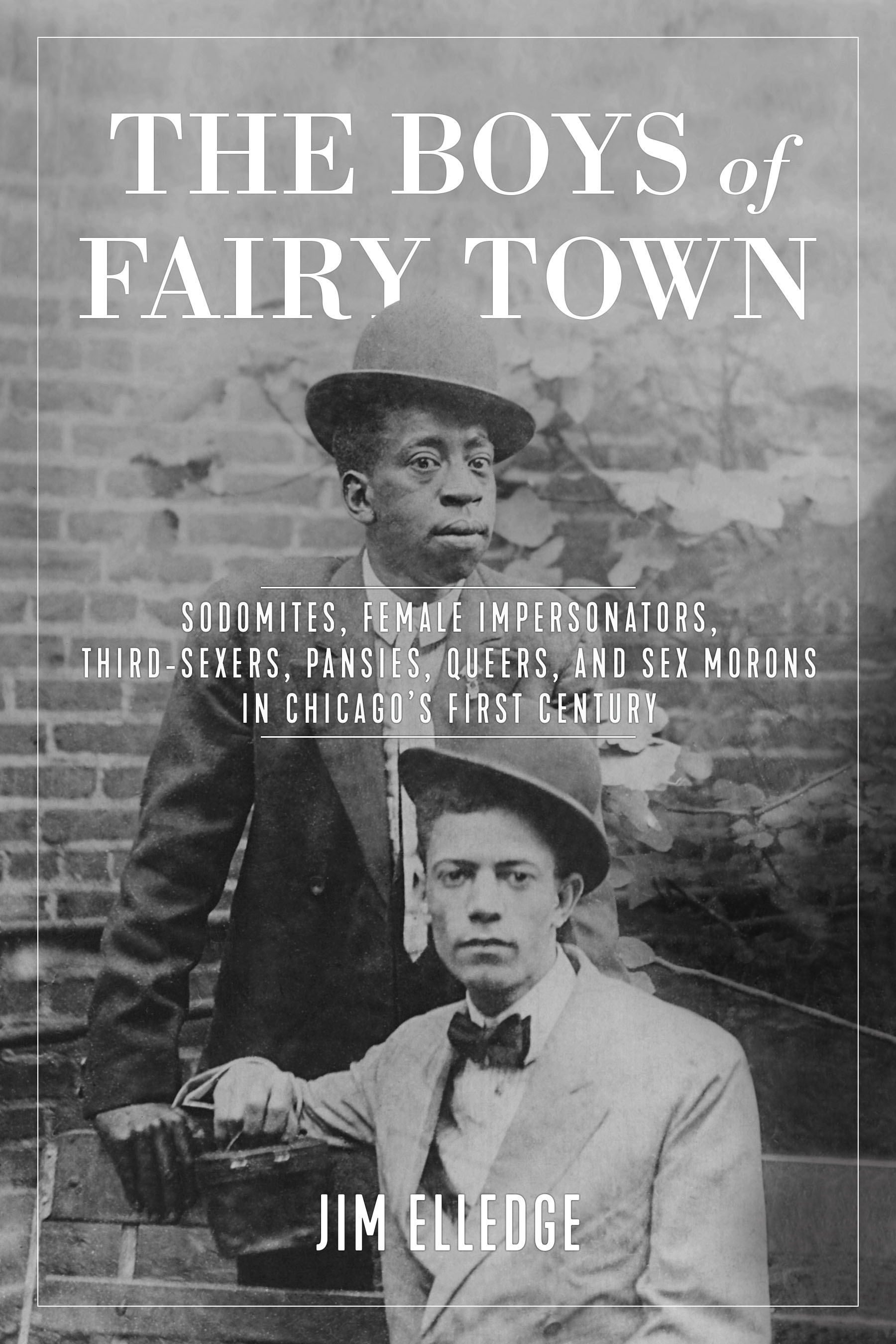 At a time when LGBTQ visibility is unprecedented, much of queer history remains forgotten. What little history we can recount is often one of pre-Stonewall repression, discrimination and the struggle for civil rights. In “The Boys of Fairy Town,” Jim Elledge reminds us that there is a broader history to be discovered in the late nineteenth and early twentieth centuries, when queer communities flourished, even in the Midwest.

Elledge surveys queer life in the first one-hundred years of Chicago, roughly from its founding to the start of World War II, providing a glimpse of complex intersections of sex, gender, race, culture, entertainment, art, nomenclature, commerce and community. Fairy Town is not one specific neighborhood, he explains, but rather a concept that alludes to multiple areas in the city where queer men felt safe to be themselves. And there were more than you might think.

A collection of overlapping essays more than a unified history, “The Boys of Fairy Town” deftly mixes biographical anecdotes from diary entries with accounts from journalistic and scholarly sources, creating an often-intimate portrait of life during the period. Several names will be recognizable to today’s readers, but the real treasure of the book is the stories of men who had no fame or fortune who tried to carve out happy and fulfilling lives in their everyday interactions. For Chicago readers, there is the additional pleasure of learning a deeper queer history of familiar places within the city.

A few years ago, I showed my students the film “Before Stonewall.” They were shocked that people could lose their jobs or homes for being identified as LGBTQ. They’ve grown up in a time when gay marriage is legal and taking a same-gender date to prom is possible. Men my age are more likely to remember the world as it was when we grew up, when being identified as LGBTQ could carry severe consequences. “The Boys of Fairy Town” speaks to both of us, showing us a world and time before the ones that shaped us, a message of hope and caution. (Joe Steiff)