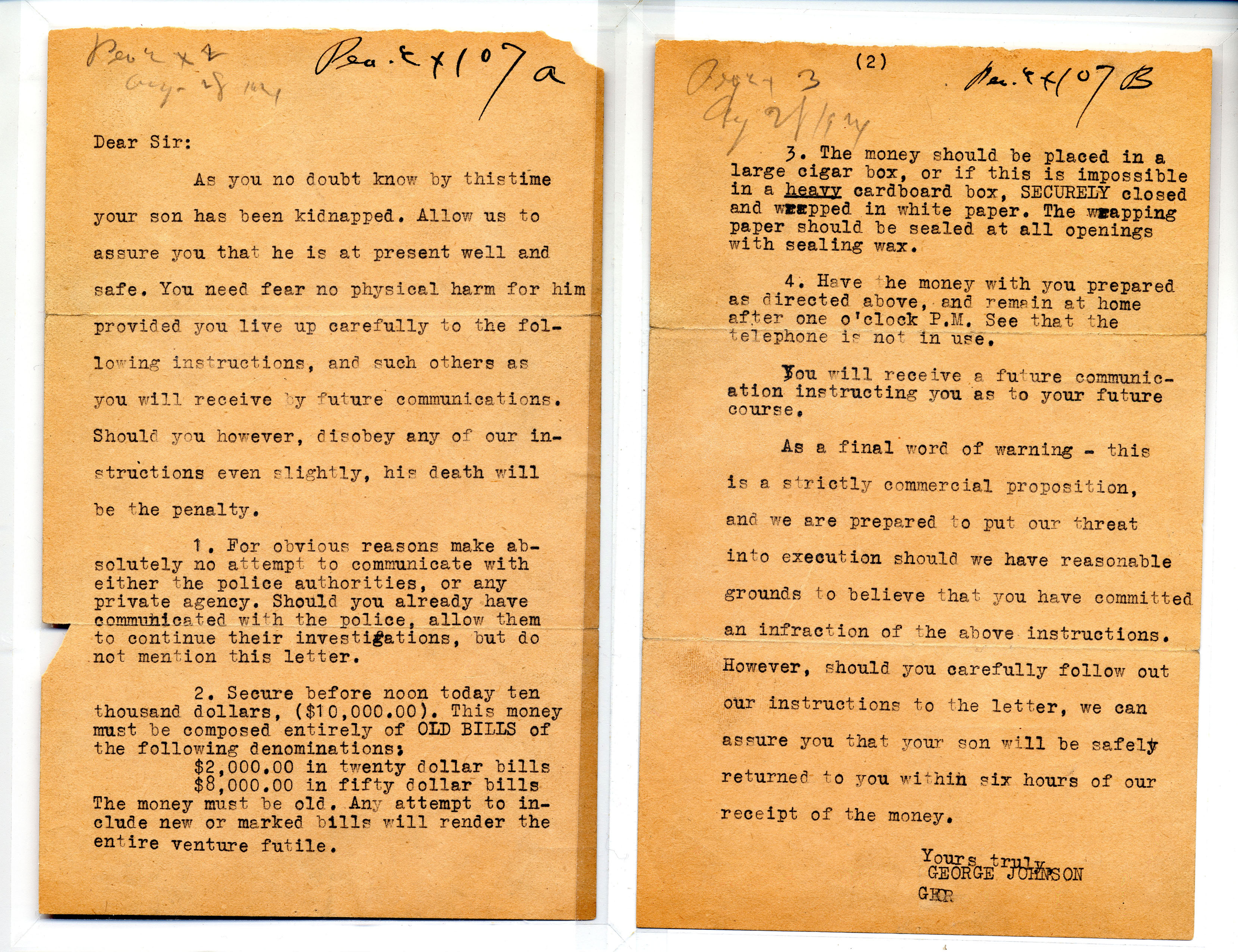 True crime murder mysteries fascinate people—including the case of wealthy teenaged murderers Nathan Leopold and Richard Loeb. In 1924, the two University of Chicago students kidnapped and killed a neighborhood kid, fourteen-year-old Robert Franks, poured acid on his face, then stuffed his body in a sewer pipe. They admitted to the crime, but their motivation remains a puzzle. In “The Leopold and Loeb Files: An Intimate Look at One of America’s Most Infamous Crimes,” writer Nina Barrett delves into Northwestern University’s archives, then assembles interrogations and confessions, psychiatric reports, the court transcript, correspondence and the sensational media reports of the time.

Barrett, the author of three previous books and the co-owner of Bookends & Beginnings, discusses her approach.

Why write this book now? Is the murder still relevant? Still of interest? Why do you think people remain fascinated by murders—even generations-old ones?

When I curated an exhibit on this case in 2009, I called it “The Murder That Wouldn’t Die” because, in the near-century that’s elapsed, writers and artists have continued to revive and reinvent the story. Something at the heart of this story both compels and yet also completely eludes explanation. It’s not a “whodunit,” which could be solved and then put to bed, it’s a “whydunit” that poses some of the most haunting questions we face in civilized society: What makes a murderer different from you and me? And how do we, as a human community, respond to those who flagrantly violate one of our most fundamental taboos? 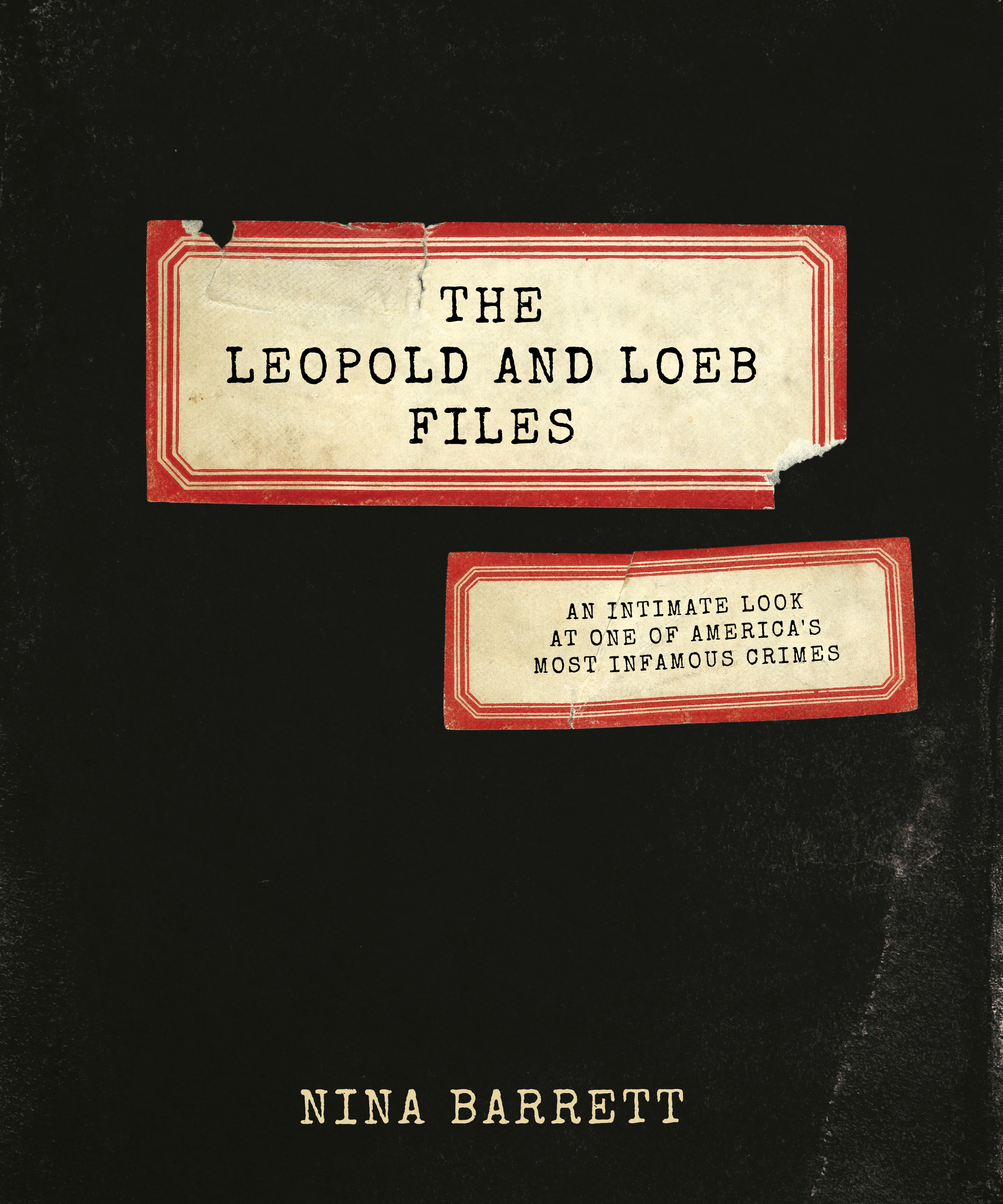 This is a subject covered by other artists—recently included in graphic memoir “The Hunting Accident” by Chicagoans David L. Carlson and Landis Blair, which references “Life Plus 99 Years,” the autobiography of Nathan Leopold. How does your work differ and how does it contribute to the body of work on the case and the people?

It’s astonishing, the variety of ways that writers and artists have approached this case. For instance, Meyer Levin, who was a contemporary of Leopold’s and Loeb’s at the University of Chicago in the 1920s, and briefly reported on the case as it unfolded, was still so haunted by it three decades later that he approached Nathan Leopold, who was then in prison, to talk about collaborating on Leopold’s memoir. He really wanted to probe the why of it—something Leopold either couldn’t or simply wouldn’t do. So Leopold wrote his own memoir, “Life Plus 99 Years,” which is primarily concerned with asserting his claim to rehabilitation in prison. Levin wrote what is often called the first nonfiction novel about the murder, “Compulsion.” Critics said afterwards that if you really wanted insight into the minds of the killers you should read Levin’s novel, not Leopold’s nonfiction.

There’s the famous film “Rope,” which uses one small detail about the case, the idea that Leopold and Loeb had originally planned on strangling their victim, while each holding one end of the rope, in order to perfectly share responsibility for the murder. That’s not, in fact, how the murder did occur, but it was a widely publicized part of their confessions about planning the murder. The original playwright, Patrick Hamilton, used it as a plot device to riff on the ideas of murder as an art form and Nietzsche’s morality, which have become indelibly associated with the case.

And yes, in “The Hunting Accident,” Nathan Leopold gets a graphic novel incarnation and in the 2003 Off-Broadway musical “Thrill Me,” Leopold and Loeb actually get to sing. I think it’s fascinating that people continue to find new lenses for viewing the case, and new media for exploring the story—and that audiences continue to care.

The reader experiences the primary material without distortions of third-party writers. What does that provide to the reader? What do you want readers to come away with?

I wanted to re-introduce the real voices of the original participants and to allow them to speak for themselves, so that to the extent that readers and audiences of these other works feel their curiosity piqued, they could use my book as a way to look through a keyhole of history into the rooms where, for instance, Leopold and Loeb were being interrogated by detectives, or narrating the murder in their own words, or where Clarence Darrow was employing his legendary rhetorical genius to plead their case. 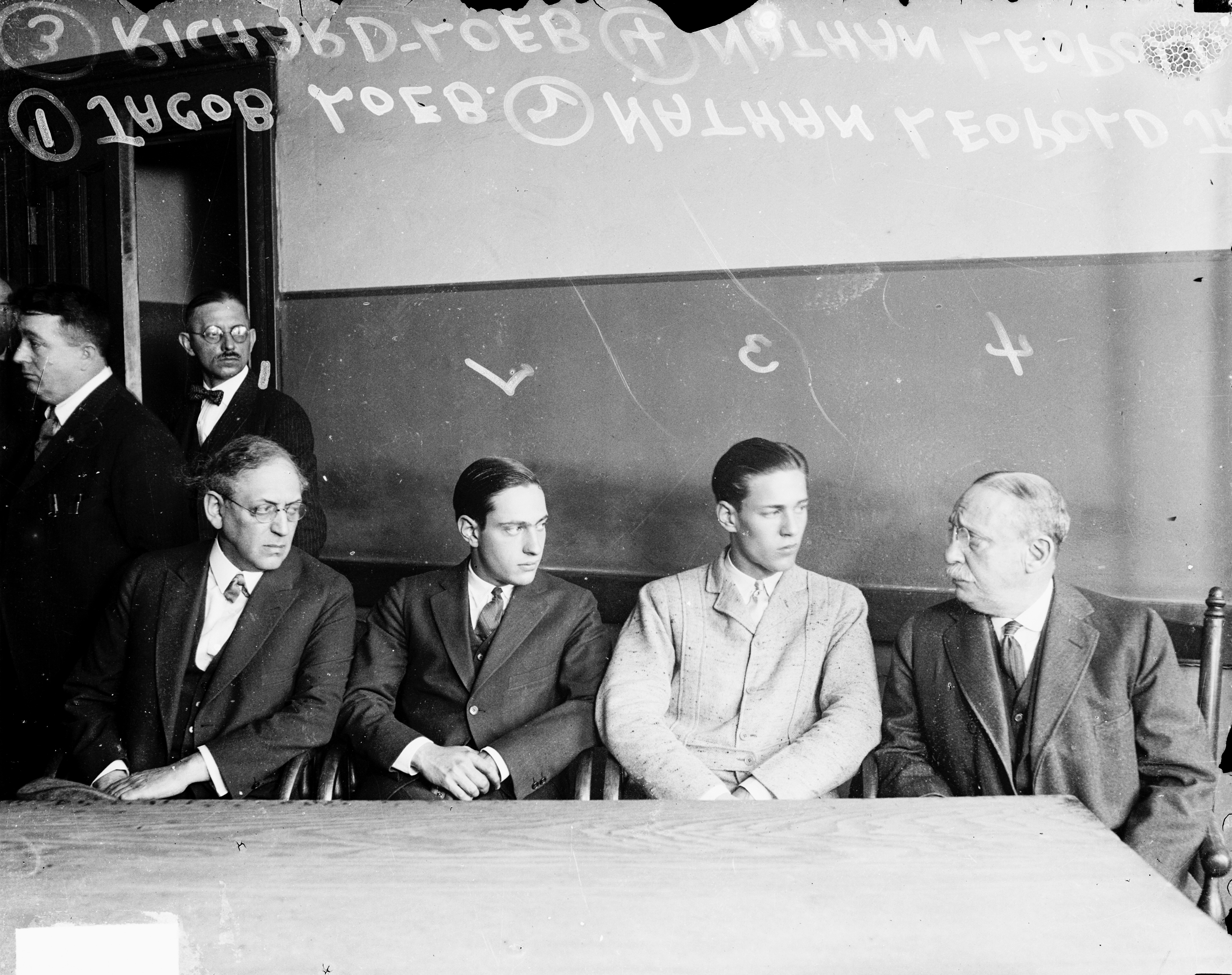 What do the public, and artists, get wrong about the case? Where do your sympathies lie? Is there anything that perturbed or angered you? What are you most uncertain of?

If there’s a single thing that upsets me about much of the mythologizing of this case, it’s the glamorization of Leopold and Loeb as characters. If you read the original newspaper coverage, it was there right from the start—which is one reason I quote from contemporary press coverage throughout the book. Some of the most colorful examples come from the work of Maurine Watkins, who would later author the play “Chicago,” and who picked up much of her creative material by covering real Chicago crimes for the Chicago Daily Tribune. She described Nathan Leopold, during his interrogation, as being “suave” and “Caesar-like” as four reporters lobbed questions at him about “love, philosophy, art, sports”—and this gives us a snapshot, I think, not of who Leopold really was, but of Leopold as a pathological liar being turned into a celebrity by a writer whose real craft was dramatization, not reporting.

I understand that it was irresistible for the media to turn Leopold and Loeb into symbols of their time—the wild Jazz Age of gangsters and flappers and Roadsters and “Anything Goes”—but what I see when I look under all the embroidery is a raw family tragedy of Shakespearean dimensions. I see three families—the Leopolds, the Loebs and also the family of Bobby Franks, the victim—who had come to America as immigrants, achieved the American dream of self-made wealth and social status, and who were preparing their sons to build on that by providing them the kinds of educations that would vault them into America’s elite—and then it turned out that there was this worm in the apple. You could raise children with every advantage, to be brilliant overachievers, and in the end, what they would overachieve at was committing a crime that was going to live on in infamy for generations after you were gone for its inexplicable cruelty.

In his closing argument, Clarence Darrow asked the court—and of course the public, to whom he was also speaking—to consider this question: would you rather have been the grief-stricken parents of Bobby Franks, the fourteen-year-old who never came home one spring day and never would come home again, or the parents of Nathan Leopold and Richard Loeb, who were going to have to live out the rest of their lives with the knowledge of what their children had done? There’s no good answer to that question, of course. But it’s certainly one of the most haunting questions at the center of the case.

It looks like painstaking work—how did you go about the task of sorting through material and curating sources for the book? How long did it take? What were some of the challenges?

I spent about nine months reading through 10,000 pages of documentary evidence: the ransom note, the interrogations and confessions, the psychiatric reports, the court transcript and the extensive collection of correspondence and other materials in the collection assembled by attorney Elmer Gertz, who won Nathan Leopold’s parole in 1958 and remained friendly with him until Leopold’s death in 1971. I was looking for materials that most directly address the questions that fascinate people about the case—passages that go to motive, psychology, remorse, legal procedure, morality, social justice—and I was also trying to excerpt them in a sequence that keeps the narrative of the story moving forward. And then I also read through contemporary coverage of the case in five different newspapers—ironically, not so much for factual background, but because that’s where you get much of the enduring mythology about the case and the characters taking shape, and I wanted to include some of that very colorful coverage in the book.

I found it grueling to read and it raised so many questions. Do you think Leopold was playing to the parole board when he said he didn’t know why he did it? What do the different versions tell us about memory and how people massage truth? Did you come to any personal thoughts about redemption, capital punishment and some of the other issues raised?

Well, I love that you ask those questions, because that’s exactly what I wanted the book to do. And I do have some thoughts about the answers, but I didn’t want to write the kind of book where I would share them. In fact, I was constantly stepping back from that kind of analysis or speculation, because I really did want to isolate the themes that are most provocative, that endure, and that I hope readers of the book are going to want to bring into personal and political conversations they have about the topic. After, of course, they read the book!

“The Leopold and Loeb Files: An Intimate Look at One of America’s Most Infamous Crimes”
By Nina Barrett
Agate Publishing, 352 pages, $35