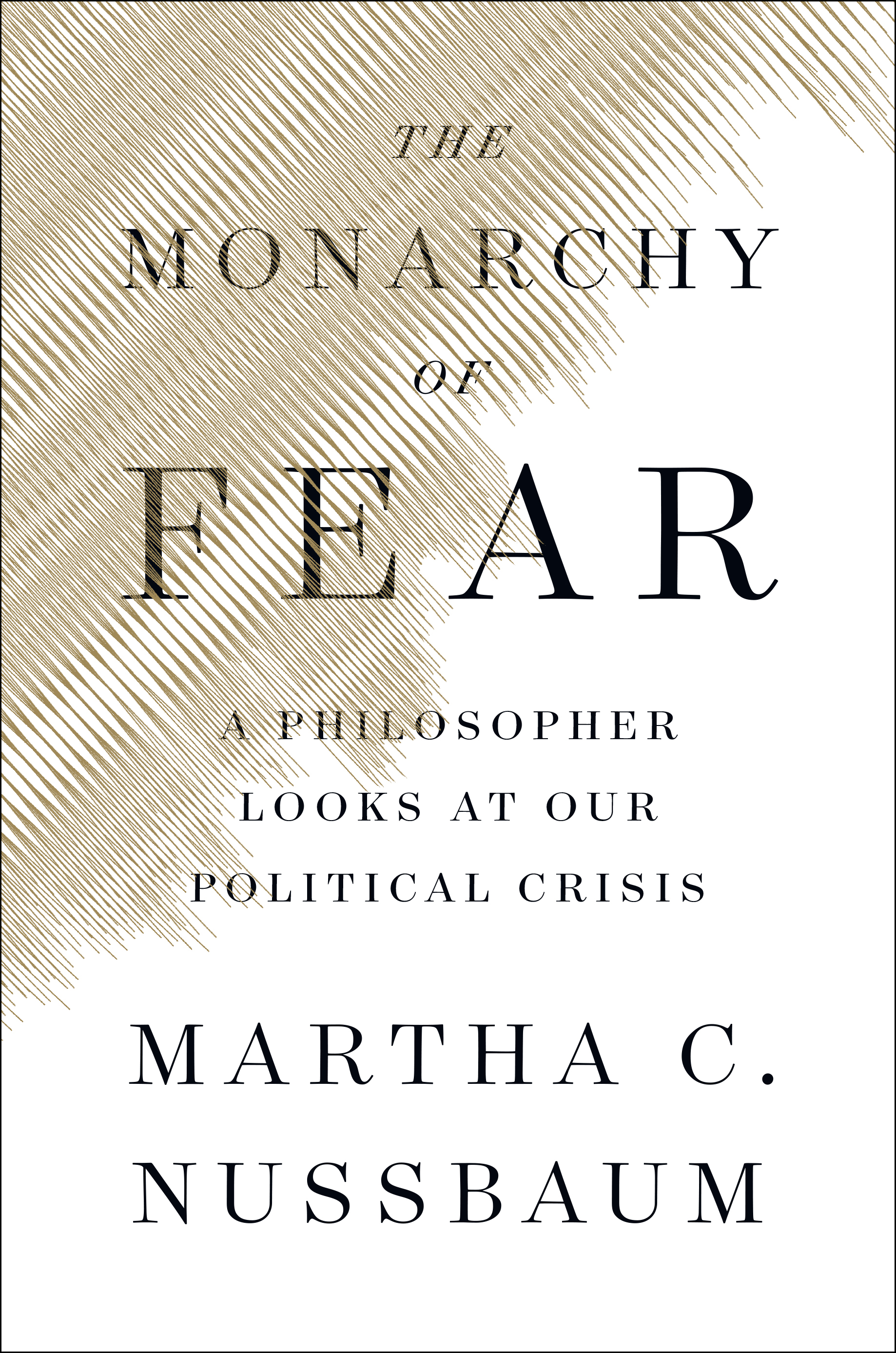 Martha C. Nussbaum is a distinguished philosopher and author recognized worldwide for her rational analysis of emotional and contentious social and political issues. She was in Japan to receive a prestigious award for decades of this work when the 2016 United States presidential election played out and she quickly realized that there was more going on than polarized factional anger. Nussbaum was convinced that in order to “resist anger in ourselves and inhibit its role in our political culture,” she needed to address “the role of fear as both source and accomplice of retributive anger.”

“The Monarchy of Fear”is a succinct yet thorough working-through of this process, concluding with concrete proposals for improving civil life and democracy in ways Nussbaum believes can transcend political affiliations, social divisions and economic inequality. There’s much to debate in the case Nussbaum makes and the conclusions she comes to, but it is precisely what is needed right now: clear articulation of problems, principled presentation of options and incitement to engage. This book is a powerful and necessary contribution to social and political discourse.

Nussbaum presents a short overview of her personal and professional history in order to resist dismissal as “an academic, living a highly privileged life,” then devotes chapters to the mutually reinforcing emotions she holds accountable for the mess we find ourselves in: fear, anger and envy. Her references and sources are wide-ranging, from Greek tragedies to Cicero, Roosevelt’s New Deal, Nelson Mandela and the musical “Hamilton,” shot through with personal experiences and astute observations of local, national and global events. The culmination is a deceptively simple though deeply nuanced appeal to hope, by which she does not mean passive wishful thinking. For Nussbaum, hope is a moral psychology rooted in choice and habit that is an antidote to fear. We don’t sit back and hope: we make choices and take actions that are likely to bring about what we hope for and believe possible.

There is much recent neuroscience that paints a more complex picture of how fear evolved and the ways it functions below conscious, rational deliberation than the primarily psychological approach favored by Nussbaum. That said, “The Monarchy of Fear” significantly advances an essential debate of our time.

“The Monarchy of Fear: A Philosopher Looks At Our Political Crisis”
By Martha C. Nussbaum
Simon & Schuster, 248 pages, $25.99