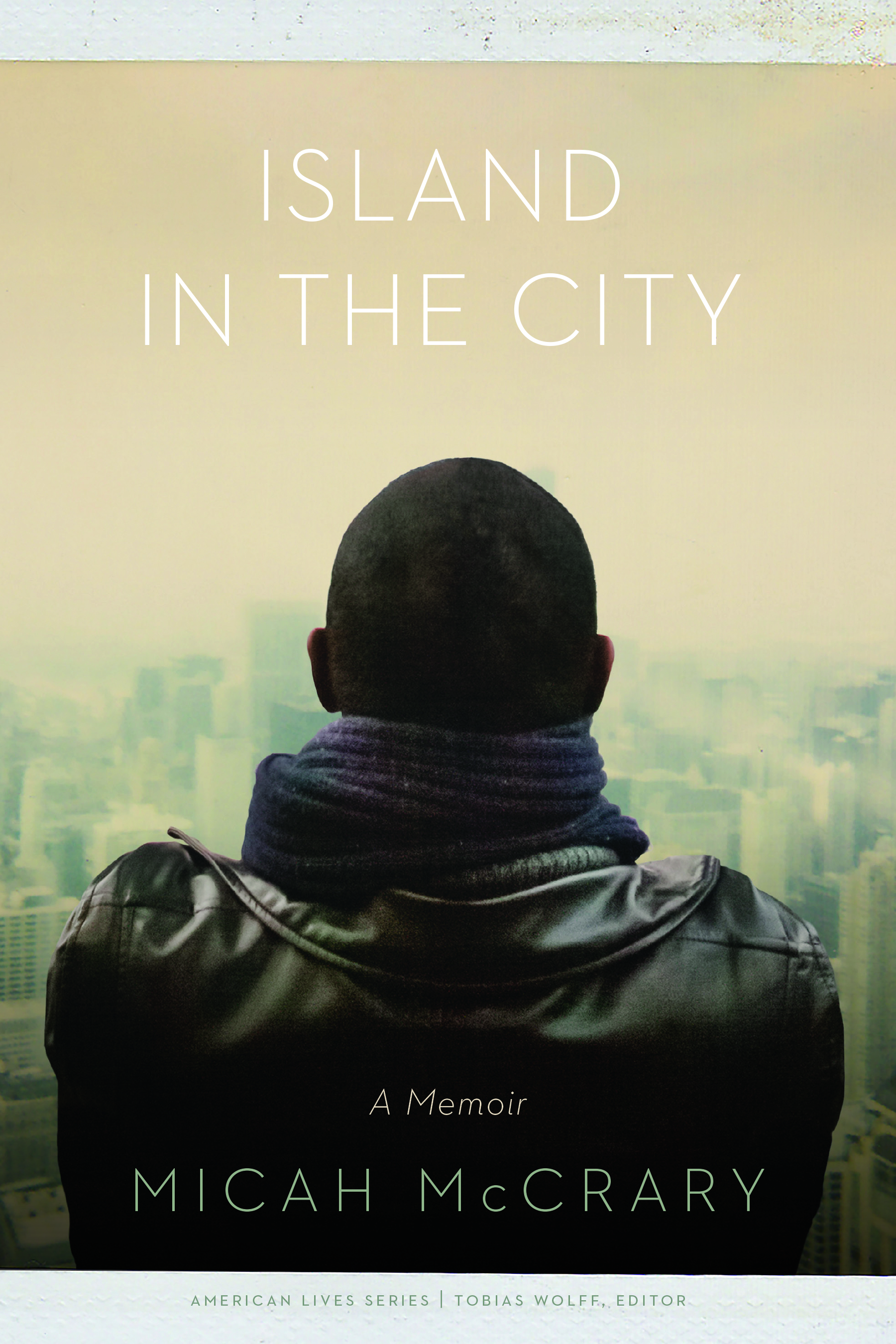 Amid animated cultural debates about the pluralistic nature of identity, geography’s impact on the formation of self cannot be overlooked. We are the product of our environment, whether we reflect it or rebel against it, even in subtle ways. “Island in the City,” the debut memoir in essays by former Newcity writer Micah McCrary, chronicles the formation of the author’s identity from the vantage point of three distinct locales. From the corn and soybean fields of Normal, Illinois, to the hustle and grind of Chicago’s concrete jungle, to Prague’s melancholy monuments and haunts, McCrary offers readers ingress into the facets of his own identity as an African-American queer male and artist.

Recently, the black male identity narrative has been covered assiduously and volubly by many black male authors, including Ta-Nehisi Coates, Kiese Laymon and Thomas Chatterton Williams. McCrary launches his musings and remembrances—some of them aching with pathos—to the fore impeccably, using meticulous, uncluttered prose to invite readers into his transformations.

Each section of “Island in the City” takes McCrary’s life story layer by layer. “Oreo,” the first essay, tackles the sensitive subject of African-American essentialism and what it means to be black and middle class in an era where the class divide among blacks is ever-widening. “Green and Gray,” another standout, deals with place and the stark contrast between McCrary’s rural upbringing in central Illinois and his emergence into adulthood and all that it entails, on Chicago’s North Side. He takes pleasure in good beer, spaces green with vegetation, real talk and loving bonds, yet combustible topics such as his sexuality, his labor and his emergence as a writer are fuses that remain unlit.

McCrary has written a sturdy memoir but it halts just short of taking big risks. His essays reveal that even within such markedly different environments, to be a black man anywhere is to be at risk everywhere. McCrary is a writer of considerable gifts, one whose talent will no doubt enrich and amplify with time. If “Island in the City” is any indication, he has much to offer and many journeys ahead.