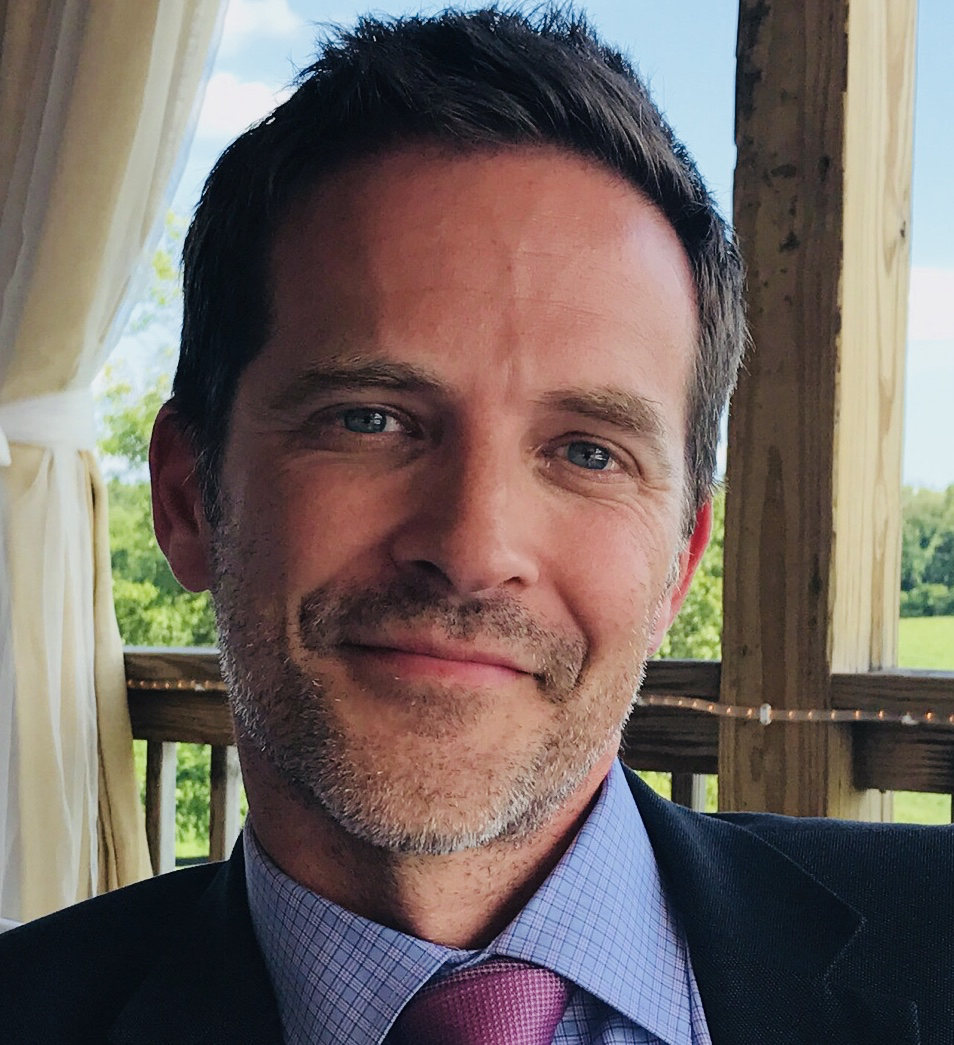 Drawn to rogues and rascals, Jeremy T. Wilson writes about humans grappling with life’s curveballs. His funny, sharp, debut collection “Adult Teeth” features a Florida man who takes on an alligator, a sex doll named Tiffani, a couple who meet at a nativity audition, a gorilla stranded atop a water tower and a sleazy youth pastor whose redneck wisdom—“It don’t get no better than this”—speaks volumes. Wilson is a 2012 winner of the Nelson Algren Award for short fiction and teaches creative writing at the Chicago High School for the Arts. This is an edited conversation.

I feel both grossed-out and sympathetic toward the characters. They are hilarious, but you don’t seem mean in your comedy. It’s a dismal look at the state of relationships—what are you drawing on?

“Grossed-out and sympathetic” might be the best compliment about my characters ever! Thank you. Let me just say that I think it’s far better to go through this shitshow with people you love than it is to go it alone. The dismal relationships my characters find themselves in don’t necessarily reflect my own thoughts on relationships in reality. That said, I’ve seen too many people I know put total and complete faith in their partner to be everything for them, and I mean everything: teacher, lover, father, mother, friend, critic, chef, doctor, administrative assistant, therapist, masseuse, sommelier, guru, you name it. This is trouble. Relationships that don’t allow for individual growth and exploration through continued social engagement and enrichment outside the relationship quickly become stifling and dysfunctional. This is the definition of conservatism.

“Leaving Charity” offers a good example of what I’m talking about. Mac is upset his best friend Clark is finally leaving their small town, heading out west with some crazy dreams. So Mac spends the whole story illustrating how Clark has some kind of personality defect that produces these flights of fancy, but really Mac just doesn’t want to lose his best friend. He would rather Clark stay in town than afford him the opportunity to light out and discover something new. What’s worse is he won’t even tell him how he feels. So many of the characters in my stories would be so much better off if they were just better communicators. But that doesn’t make for good fiction.

How did the collection germinate, including themes and motifs such as zoo animals?

I don’t really think about themes until well into the writing process. People struggling with transition seems to be a common thread. Something seismic is shifting under their feet and they’re all ill-equipped to deal with it, or refuse to deal with it, or communicate in terribly immature ways. Issues of identity, specifically as they pertain to gender and sexuality also interest me. Narrowly defined masculinity is a problem for several of these characters, and not just the men.

As far as motifs go, animals and food feature in a lot of the stories. My goal is to make a reader hungry. It’s the easiest way to get them to feel something. But really, I just like food, so food goes in. Whenever I read a story with characters who don’t stop and eat something, I feel there’s been a wasted opportunity for the writer to offer a detailed description of a regional dish, like, say, Brunswick stew. Animals are the same way. Animals are so completely integrated into our daily lives that we sometimes forget they’re there. I can look outside right now and see at least three animals, not to mention all the insects I can’t see. I can see more animals than people. Maybe that’s because I’m upstairs and there’s a big silver maple outside my window, but still. Last year I saw a coyote run down my street. Even though we rarely act like it, we are sharing this place with a lot of different creatures.

You balance humor and sadness—what considerations go into getting that balance right? 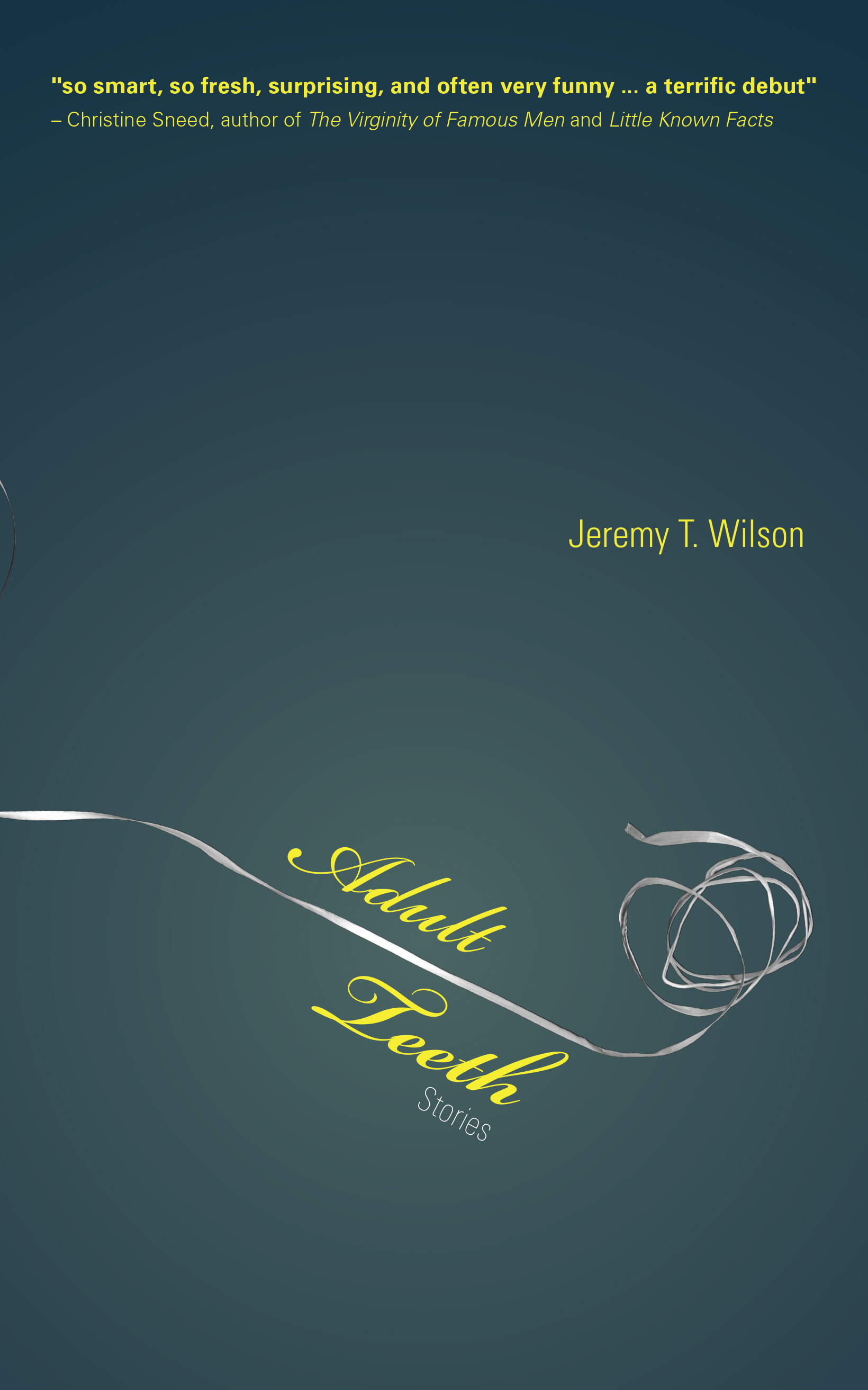 I was watching “Mary Poppins” the other day with my daughter and there’s a scene where they are all obviously high, so high that they are having a tea party on the ceiling and they cannot stop laughing. The only thing that will get them down from their high is to start crying. The message here is clear: you can’t stay high forever. This seems to accurately reflect life as it’s lived. Not the getting high and having tea parties on ceilings part, but humor ultimately giving way to sadness and vice versa. I’m not sure that I get the balance right as much as I’m just trying to mimic my experience.

Tell me about the settings—the stories are very visual and remind me of movies that are situated in a particular slice of America—unclassy. How is place important? Where are you from and what do you draw upon?

My family moved around a lot growing up. I lived in Tennessee, Florida, Texas and Georgia, but both my parents were raised in Perry, Georgia. They always wanted to get back there, so when they had the opportunity they moved home. I was going into the eighth grade at the time, and we were moving from Fort Worth, Texas, so in addition to all the other teenage awkwardness, there was the awkward transition from an urban setting to a rural one, from skate parks to fishing holes, from a city with Whataburger to a town with Krystal. My stories tend to reflect this spirit of disassociation, of wanting to belong to a place, but not necessarily feeling you belong to that place.

I usually don’t know where a story is going to be set when I start, but it will likely end up being somewhere I’m familiar with because I never like to stop what I’m doing and figure out the street names or the local dialect or what kinds of trees grow in the medians of, say, Kansas City, a place I’ve never been before. I’m sure their fast food is different, too. But place is just as important to story as character or any other element of fiction. I mean, a character from Chicago knows all about dibs. And knowing all about dibs means that character has a relationship with their environment and that environment has shaped them into either supporting or not supporting dibs. Everyone has an opinion on this. You cannot live in Chicago and abstain from the dibs debate. Not possible. We are shaped by place, so place has to shape our stories.

I snorted at your asides about “mise-en-scène” and “French-y ambience”—there are many places when you capture perfect dialogue or little tells of a pretentious character—do you write scripts? Are you constantly listening and watching?

I do write scripts. And I love to listen to people talk. Dialogue to me is the swiftest form of characterization. A character isn’t alive to me until they’re talking. I love the shorthand that people develop with one another out of proximity or time, so I try to pay attention to that when I’m thinking about how my characters speak. I still might say “Yes, sir” and “No, ma’am” to my friends’ parents, because I grew up doing so. But that would be totally foreign to some people. A jamoke to me is a jabroni to somebody else. My mom might say, “Go to the grass!” instead of “Go to hell!” but that’s because she’s a nice southern lady and would never tell someone to go to hell.

What are the ingredients of a good short story? What do you like about the genre? What are some of the challenges of it?

There are as many ways to write a good short story as there are short stories, which is just a polite way of saying “I don’t know.” Literary journals often subscribe to the “I’ll know it when I see it,” definition, which is less polite and equally unhelpful. But when I think about short stories I like, they often have a distinctive voice or an authority that grabs me and says, “hey, trust me, this will not be a waste of your time.” The most perfect short story ever written is “Yours” by Mary Robison. All the ingredients are here. Except, like a good Brunswick stew, I’m not sure what all the ingredients are.

It might be a tautology, but one thing I like about short stories is that they’re short. Compression requires precision. No time for twenty-five page digressions on the history of Brunswick stew. Like I said: food is important to me. The form demands you pay attention to every detail and give every detail your utmost attention. Short stories feel much more like objects of art than novels do, something capable of being held within a frame, displayed, cherished, revisited again and again, or even forgotten in a basement. Novels are more like collections of dryer lint. The compression of a short story is also one of its challenges, figuring where to cut, what’s vital. Oh, and endings. Man, short-story endings are so, so, so, so hard.

Tell me about the passage of this book. How and when did you write it?

I think the oldest story in the book was probably written ten years ago. Like all good southerners with literary leanings, I thought I wanted to write a collection where all the stories took place in a fictitious small town not unlike the town where I grew up with a cast of characters not unlike some people I knew. Some of those stories are here. But the longer I lived in Chicago, and the more I felt part of the city, the more I wanted to write about it. Whatever the setting or the origin of the story, they all underwent frequent changes over the years. I’m a relatively slow writer, I guess. I tend to work on a story in a burst of energy that lasts about a week or two. If a draft comes out of that process, I’ll share it with a few trusted readers, and after I get feedback I’ll leave it alone for a few months. When I come back to it, I have a better understanding of what might be working and not working, so I’ll try to crack it back open and see if there’s anything worth a damn.

Christine Sneed commented that it is hard to get short stories published and that there’s pressure to write a novel. Do you feel that pressure? Are you working on a novel?

I do feel some pressure to write a novel, and I have lots of novel drafts in stages of completion, but I’m not sure that I’m a novelist. I guess that just means I tend to enjoy things that are shorter. Most movies are way too long. Rarely do I watch a TV series that has more than three seasons. A nine-inning baseball game has no business lasting over three-and-a-half hours. So I want to work on what interests me instead of what somebody thinks might sell or get me more of an audience. Plus, novels often require a level of research I’m honestly just too lazy to tackle. And maybe an amount of time I don’t have? Possibly a writer’s retreat somewhere? Novelists are always thanking their writer’s retreats in their acknowledgements. The idea of retreating to a cabin in the woods with nothing but time to work on a novel sounds like hell to me.