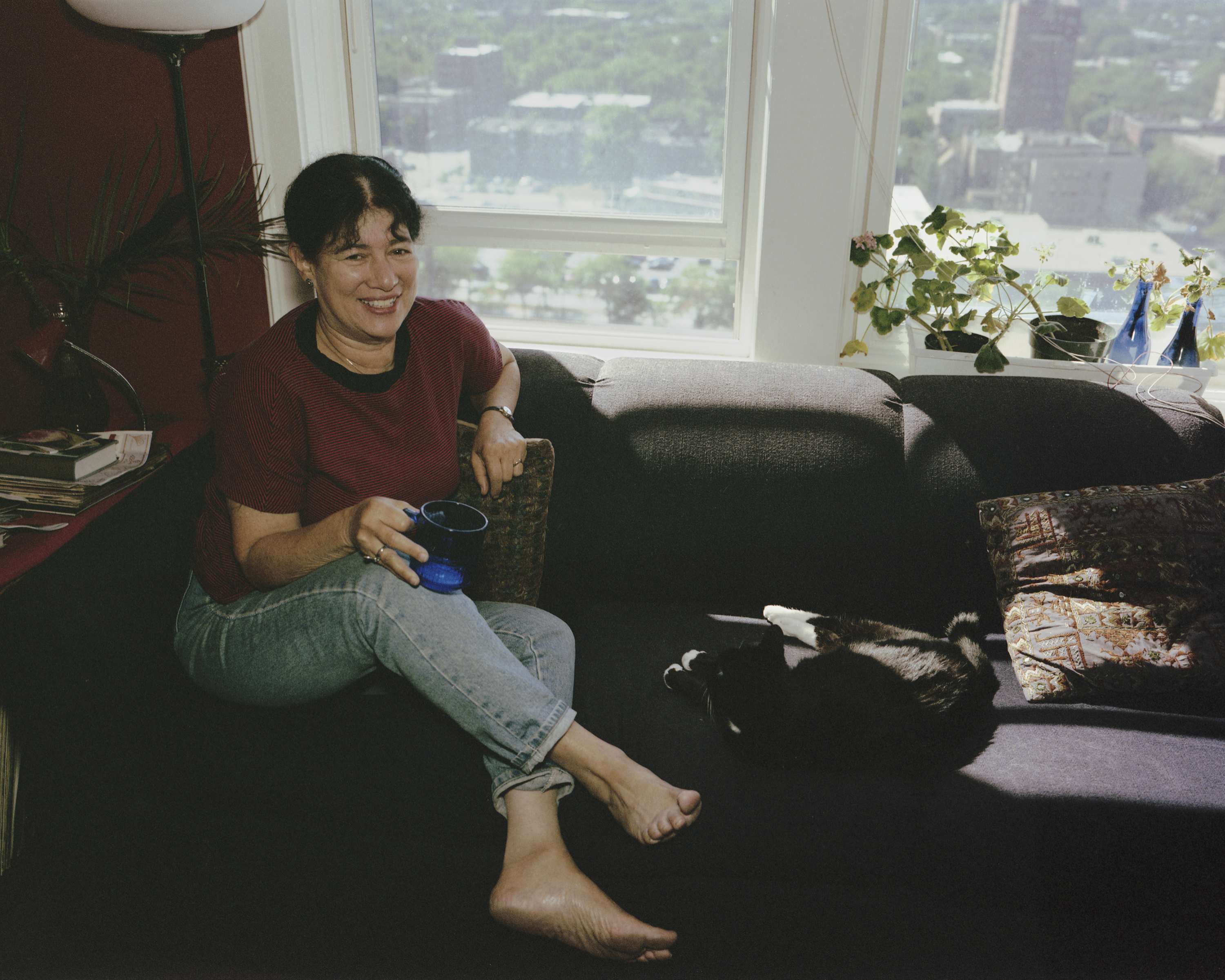 Teen siblings Chaya and Asher make a break from their Jewish immigrant farming family in Wisconsin for the excitement of 1893 Chicago and the Columbian Exposition, in Rosellen Brown’s much-awaited new novel “The Lake on Fire.” Brown’s first historical epic contrasts the glittering Gilded Age image—a “go-getters’ town”—with the city’s dreary streets inhabited by poor strugglers. The American Dream is not within easy grasp for Chaya, who works in a factory and Asher, who gets by as a pickpocket. Brown revisits themes of family, love and inequality, recognizable from her ten previous books, which include the bestseller “Before and After”—adapted into a movie with Meryl Streep and Liam Neeson. She lives in Hyde Park and teaches at the School of the Art Institute. She talks to Newcity about her new book and writing.

“The Lake on Fire” is set in old Chicago. Why is it relevant now?

I’ve chosen a moment in Chicago’s history—the Gilded Age, the grandeur of the Columbian Exposition—that existed alongside terrible poverty. The details have changed, of course, but desperate need hasn’t, nor have attentive people stopped searching for ways to live honest and useful lives. Then as now, most people turn their faces away from the gaping inequities, if they see them at all.

What were the joys and challenges of this book?

The joy—and the challenge—was the pleasure and difficulty of trying to capture the look and feel, the smells and sounds, of a time and place that I had to imagine, or cull from my reading and from photographs. (It’s also always hard to stop researching and begin writing, because not only is research never done but it’s a lot easier than the writing.) I started with a couple of hints that I found in books— an apparently real story about my immigrants’ unwelcomed landing in New York, an actual woman as feisty and open-hearted as my Chaya who wrote a memoir defiantly called “I Belong to the Working Class”—and re-made them. And then I threw in Jane Addams and Florence Kelley, and one scene with Bertha Palmer that I loved writing, but that did make me hope I was doing them justice. I translated them from a plausible but vague “reality” into my own characters, who had to breathe on their own. Scary. 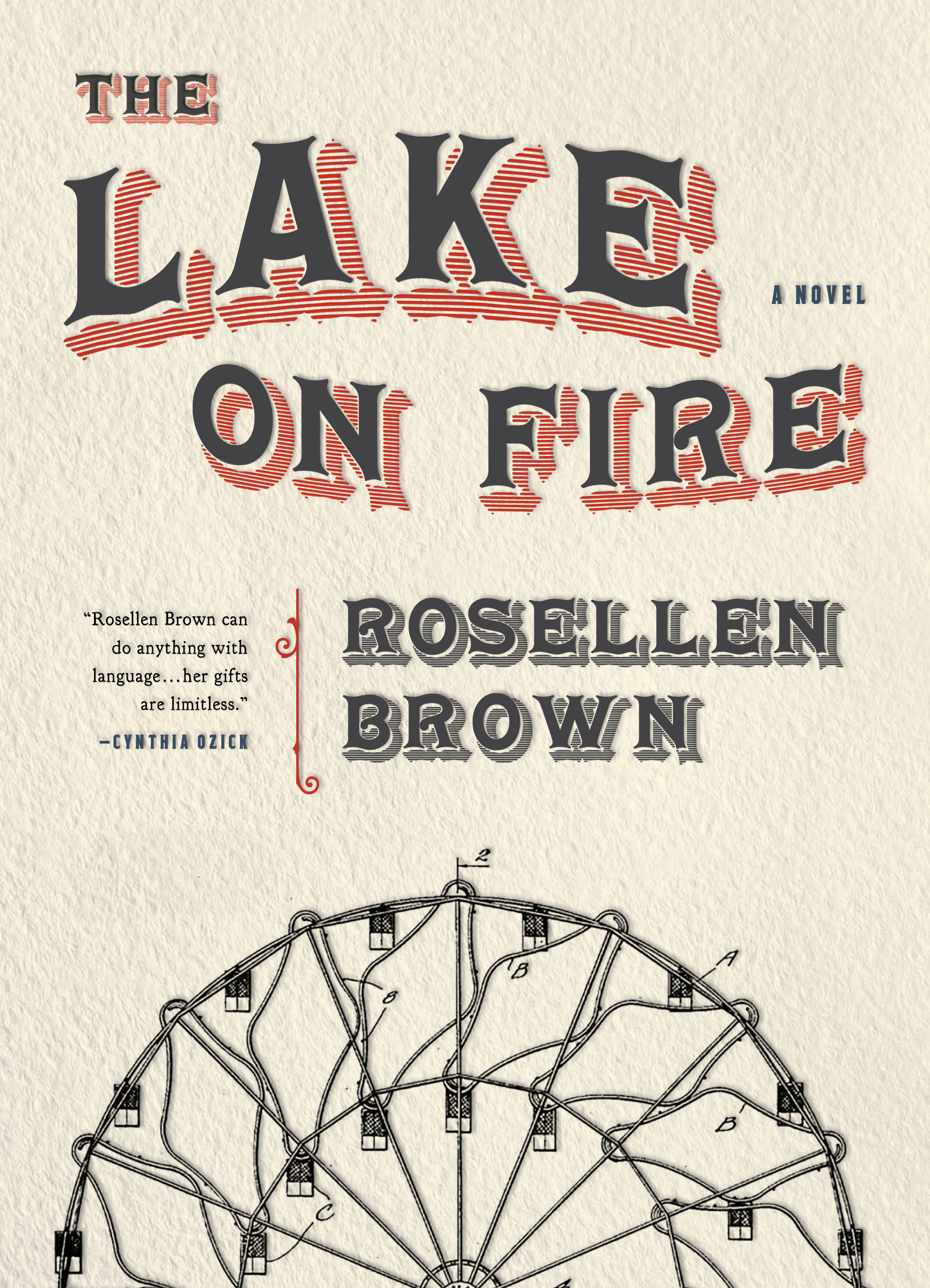 Inequity is a theme that runs through your books, whether class, anti-Semitism, race, gender. How have you changed in how you write about the ethics of society? What’s the challenge to you as a writer to integrate social themes without being didactic?

Oh, I don’t think I’ve changed, though it’s always a challenge. My first book, poems called “Some Deaths in the Delta,” came from the time in the 1960s when my husband and I lived and worked in Mississippi and when I guiltily said, on the cover, that maybe poems were a feeble substitute for action—because that’s always the fear—a reviewer castigated me by saying, no, poems are a form of action, only in another key.

At the sentence level, there is so much delicacy and beauty in “The Lake on Fire.” I was taken by unexpected details in ordinary situations, such as: “It felt rude to chew while she listened to something so weighty but she thought her meat and her pale, golden potatoes kept her from flying off, unmoored, toward the ceiling.” How do you balance plot and character? Internality and external movement?

I began as a poet, so the cadence of lines like that is something I really strive for; listen for. As for the balance you speak of, especially for a writer like me, for whom plot is never as interesting as character, action—the story such as it is, the “this and then this” —pretty much emerges from who I’m creating and trying to understand: What would this person do in this situation? The situation is mostly there to provoke a response, because it’s the response that defines character. If nothing happens, there’s nothing to react to. So says the reluctant plot-maker! (Somebody once gave me a little pin in the shape of a gravestone that said on it “My plot.”) By the way, in four of my novels (“The Autobiography of My Mother,” “Tender Mercies,” “Before and After” and “Half a Heart”), the significant action has already taken place before the book begins, out of sight. The rest is response. Not so this one, I promise. It’s a story about growing up and choosing a life, and that’s not just a response, it’s a process.

Books and language are central to the story. You teach in the MFA program at the School of the Art Institute, at a time where image seems to be dominating written text. What do the written word and books mean to you?

Well, this is a rather nineteenth-century novel, written, at its best, I hope, as if Edith Wharton had a hand in it. I loved adopting a style that fit the times it’s chronicling. This puts me on the conservative end of the spectrum at SAIC—piles of words, love of intricate sentences—so if brevity and the image and 140-character “literacy” predominate, look for me somewhere else. I’m teaching a graduate course right now called “Imitations” and last week’s assignment was to write as if you were Virginia Woolf. I think my students found it liberating.

It is a long time since your last book. Can you tell me about the pressures of writing and getting published? How is it easier and harder?

Every writer will tell you that the publishing world has changed and that’s true: consolidation of publishers, editors too busy to edit, more fretting than ever over the bottom line. But the long hiatus between my last novel and this one was probably more my own responsibility: I just lacked the faith I needed to be sure I could do this new thing. I have some proof that I started thinking about it and then doing various versions of it so long time ago that I won’t even tell you how many years the damn thing was gestating. And of course I published other things, including three other books, while this languished out of sight. But I’ll tell you that, after a lucky career in which I’d never had a book rejected —ten books!—a publisher with whom I actually had a contract told me (granted it was a somewhat different version), “This isn’t what people expect from you, you can’t do history,” and I confess I put it back in my desk drawer a little longer. So, with some good advice from my early readers, and because of their enthusiasm, I picked it up again, did some revisions, and this time I took it to a press that I thought might appreciate the writing if nothing else.

I love your publisher, Sarabande Books. How did this relationship come about?

The editor of Sarabande, the woman who started it and has run it for almost twenty-five years,Sarah Gorham, is a poet and a gorgeously elegant essayist, who simply trusts what she loves. I decided that I just didn’t have time to shop this unwieldy thing around and hear the same refrain about sticking to what people presumably “expected” of me, so I asked myself which small presses I really liked and, though they mostly do poetry, short fiction and essays, Sarabande was at the top of the list. It’s been a dream! Instant appreciation and a contract and wonderful care and nurturing. I’m still flabbergasted by the early pre-publication reviews. Could this possibly be the ugly duckling I thought I had borne? It feels unreal.