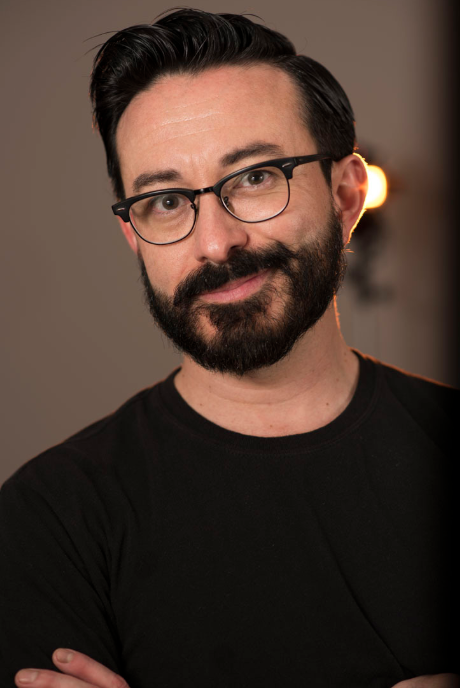 Energetic poet, translator, editor and teacher Ruben Quesada seems to move at the speed of light these days, between reading around town and teaching at Northwestern University, the School of the Art Institute of Chicago and Columbia College Chicago. Author of “Next Extinct Mammal” and “Exiled from the Throne of Night: Selected Translations of Luis Cernuda,” Quesada is editing a volume of essays on poetry by contemporary Latinx poets, “Latino Poetics”(University of New Mexico Press). Of Costa Rican heritage, he founded the Latinx Writers Caucus that meets annually at the Association of Writers and Writing Programs (AWP) conference, connecting Latinx and Latin American poets and writers from around the world. Quesada discusses this bright moment for Latinx poets, as well as his latest work “Revelations,” which twins his sharp, contemplative work with moving translations of exiled Spanish poet Luis Cernuda.

You write in this collection about faith, doubt and chaos? What faith? What chaos? What doubt? Does this pertain to wider patterns around us, or is this more personal? What are the revelations?

There is a tradition in American poetry, most notably between the two World Wars, that addresses faith in humanity. Poets at the time were attuned to the danger coming from technology. They observed the growth in weapons of mass destruction. When mass-production bombs and eventually atomic weapons entered our culture, people began to doubt whether humanity would survive. How can we have faith in humanity when our own survival is at risk, because of the technology we created? I have the same doubts when I see how capitalism and the free market put profitability ahead of the lives of people in the healthcare system or even within our own political system. Most people in the United States are led and under control of a free-market and political system that does not have its best interest in mind. 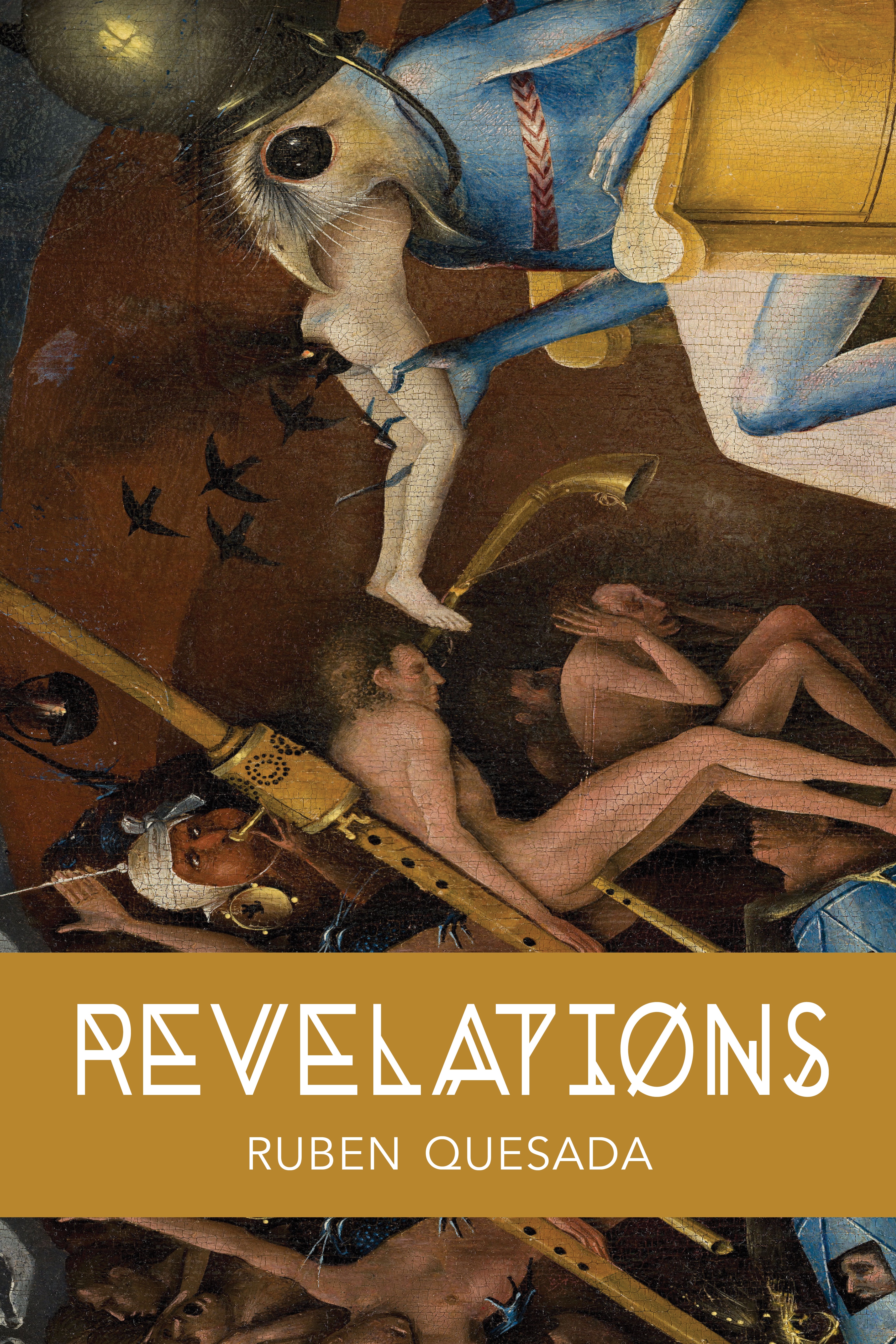 “Revelations” has a gruesome cover, a detail of Hieronymus Bosch’s triptych “The Garden of Earthly Delights” showing naked humans punished for their sins. What exactly are we looking at and how does it connect to your poetry?

The image on the cover of my book is from the third panel of Bosch’s triptych, which shows a hellish landscape. The cover depicts a creature devouring a human being. This is Lucifer with the head of a blue bird—a nightjar. The nightjar is known to consume large insects. The bird is consuming human corpses that have succumbed to evil and sin. The painting itself demonstrates the potential of humanity ending with this final moment of complete loss. It’s the end of mankind. A moment I hope never arrives.

What drew you to Luis Cernuda and why did you intersperse his work with yours?

They are interspersed in the collection to break up the tone of my poems and to provide some relief and hopefully some levity from the religiosity of my own work. I’m drawn to Cernuda’s vivid and plain style of poetry. Most of his poems engage same-sex desire, which was unusual for an early twentieth-century poet. Many of Cernuda’s poems wrestle with faith and doubt in humanity, much like my own.

How does this work connect to your previous work? How have you developed as a poet, in style and content?

This collection makes a significant departure from any of my previous work. A reader would never recognize this as my work if they were only familiar with my first collection of poetry. The craft and content have matured and developed far beyond my expectations. This new work maintains the cinematic and deep, imagistic quality of my work, but the content is philosophical and tackles larger concerns about life and love.

How do you work and what is your process?

I try to always write about ideas, emotions, experiences. I write on my phone, in a notebook, on my computer. Sometimes I’ll simply make a voice recording if I don’t have time to type something out. It’s important to me to keep the thoughts flowing. I’ll eventually sit and put it all together, once or twice a week, just to collect everything I’ve been thinking about. Sometimes it’s nothing and sometimes the thoughts come together to form the beginnings of a poem.

What is it like to be a Latinx poet in the United States at this time?

It’s an exciting time to be a Latinx poet in the United States. I believe the importance of singular experiences has always been on the minds of creative humans, but the accessibility to publication in journals and the visibility of Latinx humans is on the rise. Editors and publishers are making space for our work to be read and purchased.

You teach at institutions around Chicago, yet you took a break a while back. Was that restorative? What is positive and what is difficult about teaching currently?

It’s difficult to leave a tenure-track job. If you’re a queer human of color, leaving a tenure-track job is unheard of. Someone might think you’d lost your mind. But if you’re a good teacher, and you’re ambitious, people will take notice and you’ll land on your feet. I left a small town in central Illinois to be in an environment with a community of people like me. I needed to be around other Latinx humans and other LGBTQ humans. The creative humans of Chicago like you, Toni, Kenyatta Rogers, Tina Boyer Brown, Tara Betts, T Clutch Fleischmann, Stephen Young, Elizabeth Metzger Sampson, Natasha Mijares, Rebecca Makkai, Mary Hawley, Mike Puican, Lisa Wagner, Kendra Curry-Khanna and so many people in this city have welcomed me into their literary spaces and communities over the last three years. I couldn’t have found a more generous group of humans.

What is on the horizon for you?

I’ll be finishing my full book over the next few months and looking for more opportunities to represent this great literary scene of Chicago as I share my work around the country.