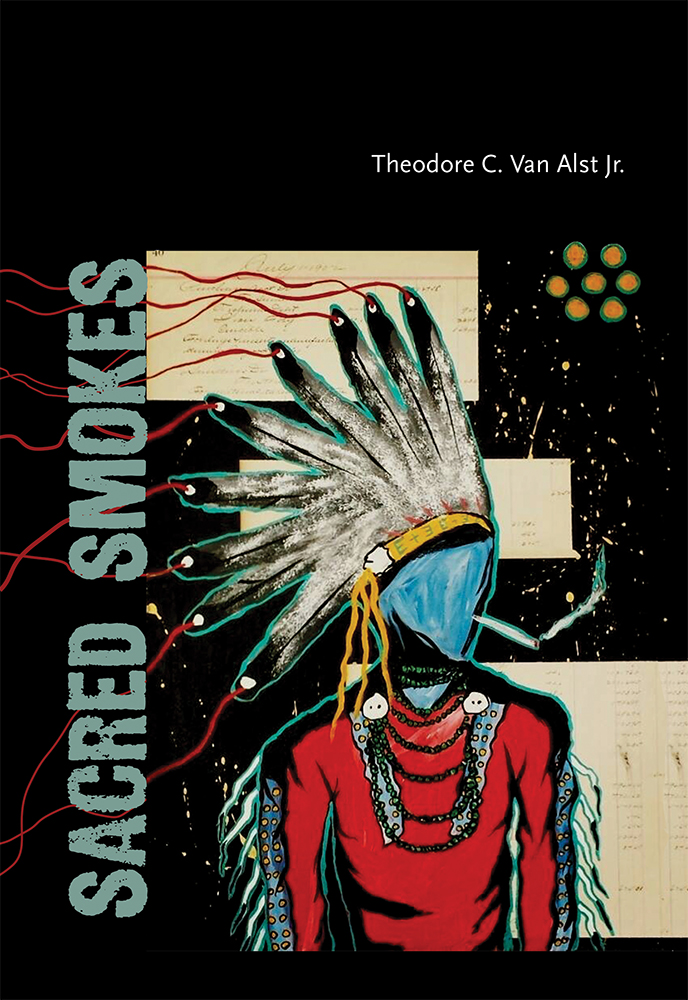 I was a little boy growing up in Edgewater when “Sacred Smokes” takes place—falling asleep to gunshot lullabies. “Sacred Smokes” tells the tale of where many of those bullets ended up. Matter of fact, “Sacred Smokes” is my childhood nightmares come alive. In the 1980s, Van Alst was a Royal in Rogers Park, nicknamed Midget. My older brothers spent a lot of time trying to kill Royals. A Royal stabbed my friend to death. Luckily my other friend resuscitated him. Another Royal was involved in the murder of my brother’s best friend, Victor. I was basically born and bred to hate Midget. But he reached out for a blurb, started sending me stories and he helped me get over my insecurity about being an idiot-knucklehead and applying and getting into a PhD program. Because if you can believe it, Midget ended up an associate professor and director of Indigenous Nations studies at Portland State University. Fucking Midget the Royal? Yeah…

Although it is part memoir, kind of novelistic, short stories, I’ll call it a work of literature. “Sacred Smokes” is a major contribution to what James T. Farrell called bottom-dog literature, realistic fiction from the lowest realms of society, in this case a teenage, Native American gangbanger in Chicago. Part of my goal in academia is to create an award in Farrell’s name which will be dedicated to bottom-dog Urban Realism globally and “Sacred Smokes” would be a perfect fit to win that award, if I can get my shit together and get the award going in time.

Whether it be the scorching internal dialog, the harassing-assed cops, the brutal and at times hilarious violence, the absolutely poetic vulgarity of being a Native American gangbanger in Chicago, “Sacred Smokes” is a major contribution to bottom-dog Urban Realism. It joins a tradition which started with Farrell’s “Studs Lonigan Trilogy,” was passed on to Richard Wright’s “Native Son” and Nelson Algren’s “The Man with the Golden Arm,” but it also joins a tradition that escapes Chicago’s borders. The book rhymes with Irvine Welsh’s “Trainspotting” and Paulo Lins’ “City of God.”

As strange as it sounds to say it, this guy Midget ain’t my enemy after all. He’s just a dude that made it out of the cycle alive. And made it of all places into academia and the literary world. Maybe we don’t gotta throw down on sight. Maybe we can end up friends and maybe even brothers. Who woulda figured?