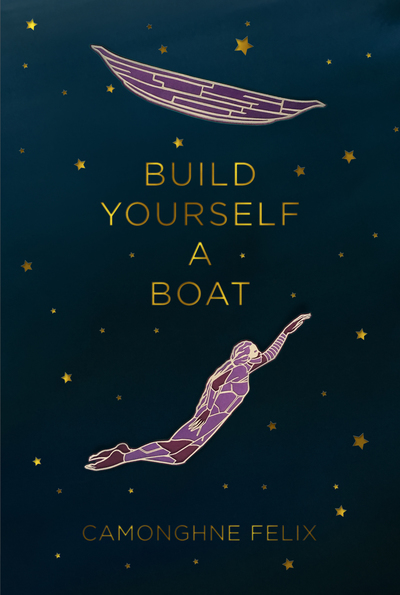 Camonghne Felix debuted this slim collection shortly after working on the campaign of Chicago mayoral hopeful Amara Enyia. After the campaign’s end, Felix joined several of her peers in New York and Chicago by publishing these poems that occupy space. Occupying space is significant. Consider how little space black women are still circumscribed within, which makes Felix’s opening epigraphs from Solangé Knowles’ “Weary” and scholar Saidiya Hartman so apropos. These poems occupy space on the page, but also claim access for a voice. The first poem, “Lost Poem 4: Rx,” begins with how clever the speaker is with negotiating out of a seven-day stay in a psychiatric ward.

After encountering this simultaneously confident and terrified voice, among other emotional territories, the rest of the poems address what compounds such feelings. Yet there are moments where there is sweet tenderness among the severe and traumatizing moments, like “Imagine??? My Sister an Astronaut???” which touts the brilliance of a younger sister who did not always receive kindness from an older sibling.

In terms of interlinking poems, there are two compelling series within the book—the three poems all entitled “Google Search Keywords” and the haunting five poems that comprise “Zimmerman Testimonies,” which chronicles the trial of George Zimmerman and the death of Trayvon Martin. The “Google Search Keywords” poems are written in short lines of counted verse, mostly three words per line, but it’s clear that they are search terms for difficult topics that many people would rather research online than discuss openly in a conversation.

There are also smaller groupings like the “Cutting w/ JB” poems that employ a swift, economic flow that graphically illustrates what some teens do when they skip school. However, the tenderness in those poems swells when the rush of such moments seem to subside. They do not last any longer than an expertly rolled, and promptly shared, blunt. However, there is a pair of poems that carry quotes from Sigmund Freud as their longer titles. These poems underscore to some of the book’s larger themes of mental health, consent, the tenuous lines between sexual agency and respectability politics, and surviving the snares of poverty. Some individual poems take unexpected yet satisfying turns, like “Trap Queen,” “Tonya Harding’s Fur Coats” and “Sleeping on Adderall.”

The volume, because of its brief, seemingly cryptic footnotes, leads to an epistolary conclusion written to the author in her mother’s voice. In that moment, we see how both women construct their own methods to stay afloat amid the tumultuous waves that rock their lives.

“Build Yourself a Boat”
By Camonghne Felix
Haymarket Books, 58 pages, $16