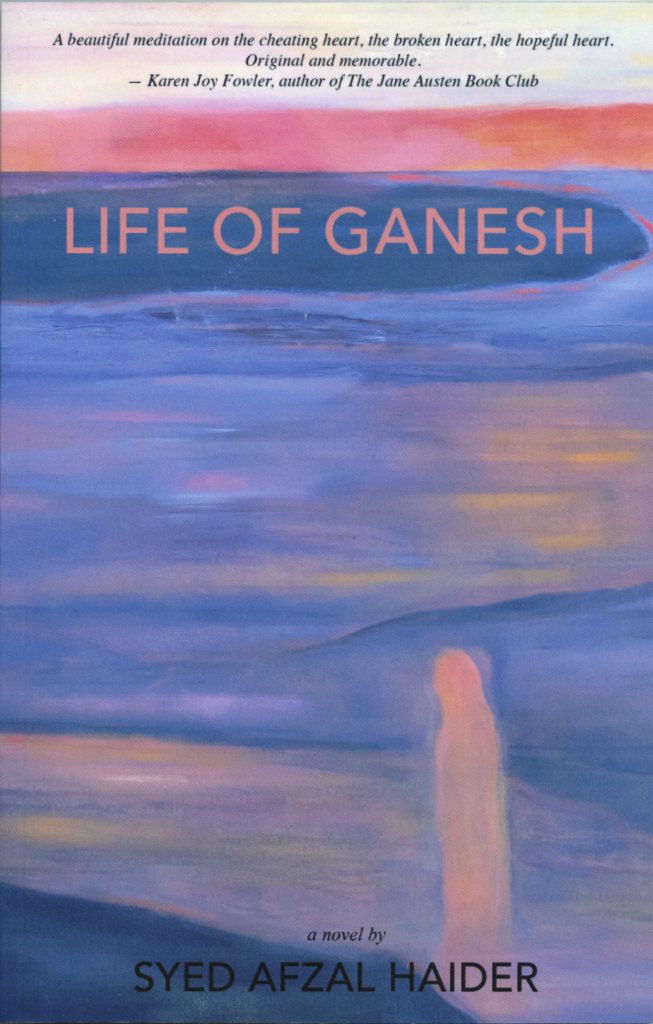 Much of the attraction of Syed Afzal Haider’s latest novel, “Life of Ganesh,” comes from its lightheartedness and philosophical tenor. Opening with a wedding at which the protagonist, a young and occasionally adulterous man named Ved, discusses the mixture of religions between himself, his friend Amin and his new bride, it seems nothing more than a brief on American immigrant life, which in a page cuts back to Ved and his wife Sita on a getaway trip to Montpellier, where they rent a “small red Fiat 190,” and go roaming about in search of the pleasures of the countryside.

Among those pleasures for Ved are a young woman, Marilyn, his “amour de vacances”; a local priest he befriends; copious amounts of weed, and the vast, sprawling conversations that take place between them all and the debates that swirl through Ved’s thoughts, always seemingly at a remove from himself. That’s not surprising, given that he and Sita’s marriage was arranged, and tore them away from earlier lovers who they both quietly pine for (although Ved’s lover Joyce has passed on), all while accepting the permanence of their arrangement. One somewhat lengthy passage from Sita, explaining their relationship to Marilyn and her new French boyfriend, stayed with me as I read:

“Patriarchal families in India consider women to be subject to the control of men,” Sita said, putting her hands on the table. “Often it’s not just an arranged marriage. When a woman rebels or rejects the wishes of her parents, it becomes a forced marriage. It means that she has violated the family izzat and has brought sharam upon the parents. From the time she is born, honor and shame control a girl’s life. It sanctifies the contract and arrangement made between parents.”

This sets the stage for the struggle at the center of their acculturation to American society, to the complexity of interaction in a world without the traditionalist boundaries upon which their families have relied. They must find their own way. Ultimately, however, Ved’s search is as much Sita’s search and is as much the search of anyone longing for authentic love and connection. Engaging, rimmed with literary references and at ease in its contemplative tone,” Life of Ganesh” gives us an alluring reflection on the limits of love in the beliefs we hold, and how we hold them.