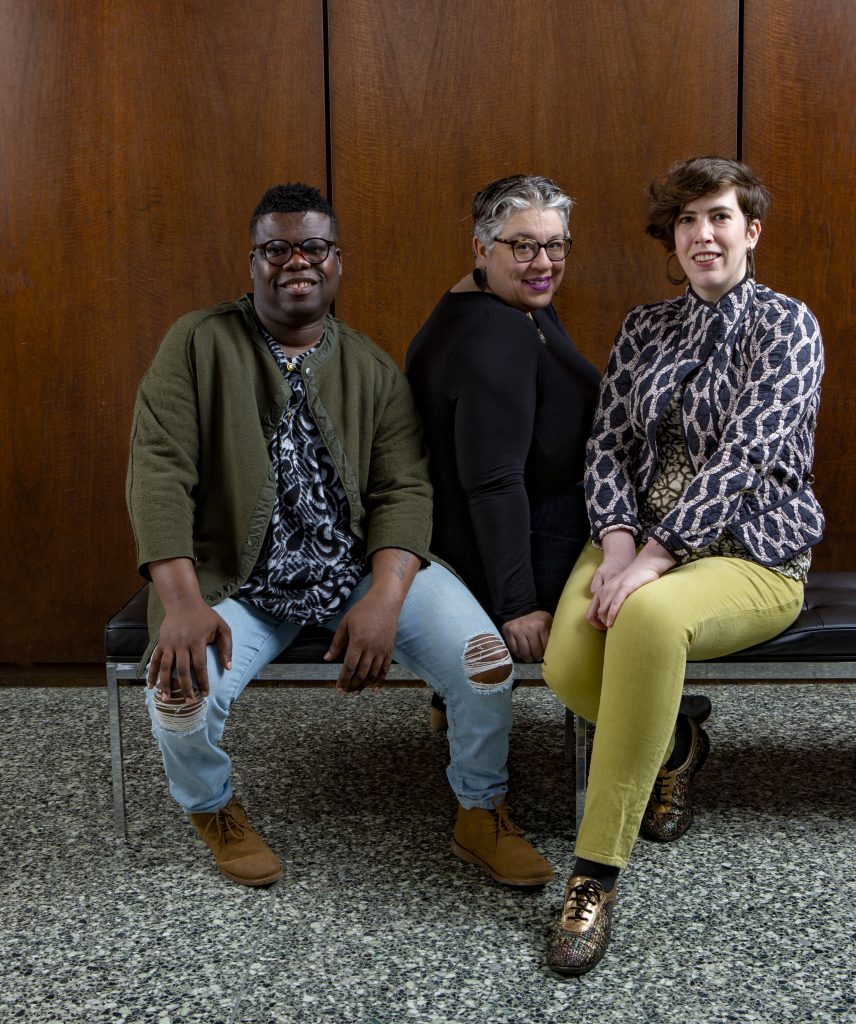 Chicago may be called the Second City, but it is second to none when it comes to vibrancy and collegiality in the literary community. We celebrate the power behind the scenes—influencers, publishers, booksellers, curators, educators, associations, museums, organizers and activists who are primarily engaged with words. On alternate years, we recognize the dedicated work of those who make the ground fertile for creative work, shaping culture and changing political conversations, in our city, the nation and the world beyond. Some here are also writers, but we emphasize the work that is less obviously apparent.

A broad range of people in Chicago exert influence and contribute to the voices we read and hear; forming our collective thinking. Thanks to our Hall of Fame cast, who provide a solid foundation year in and year out, and to all those who made suggestions for 2019’s Lit 50. It has been a pleasure to work with you. (Toni Nealie)

All photos by Monica Kass Rogers with photo assistance by Ryan Thomas Lay.

Shot on location at the University of Chicago School of Social Service Administration.

The Hall of Fame
These folks, or the roles they inhabit, are so well-established and foundational to the literary world of Chicago that they are always near the top of the list.

50
Vicki White
President, Chicago Books to Women in Prison
Books keep us connected to each other, and to ourselves. Vicki White, president of Chicago Books to Women in Prison, understands this in her bones. White leads this volunteer nonprofit, tasked with sending three free books to each woman, trans or non-binary prisoner who wants them, matching specific requests with donated paperbacks. White is quick to note that this service is not just for prisoners in Chicago; the organization sends books “from New England to California, Florida to Honolulu.” Each package contains a personal note, and the recipients keep the books. So far, 1,417 packages of books have been sent out in 2019, with dictionaries and GED books among the most popular. 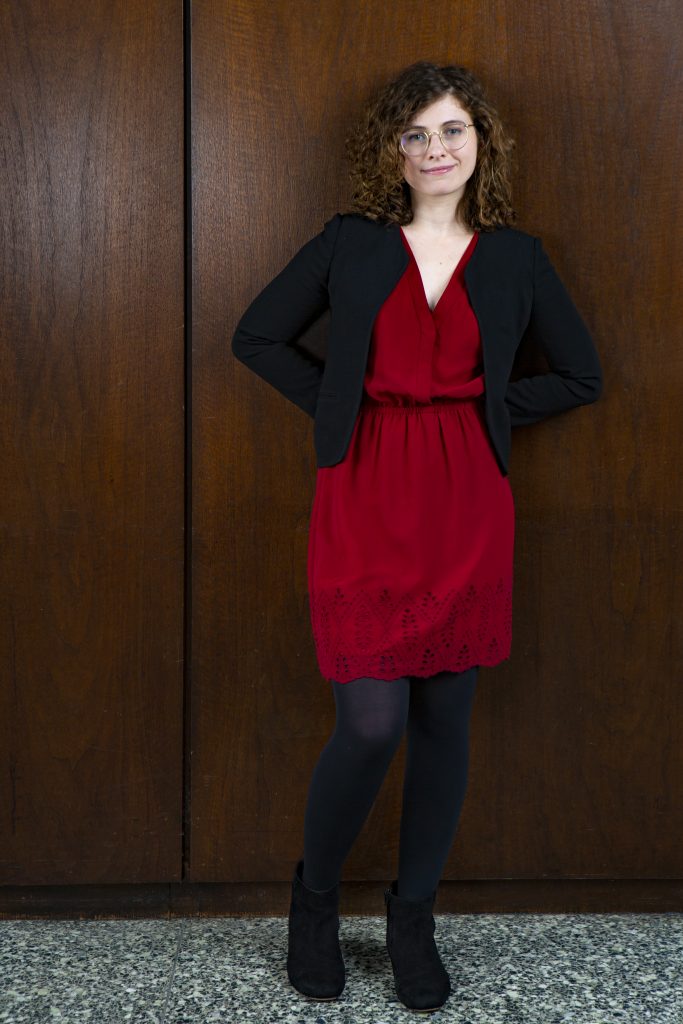 49
Jon Baskin and Rachel Wiseman
Editor; Managing Editor, The Point
If you’ve ever picked up a copy of The Point magazine and prized both its physical heft and the weight of the eloquent, trenchant essays and reviews within, you have Rachel Wiseman to thank for it. As managing editor, Wiseman curates writings worthy of sustained, avid readership, especially in a hulking city like Chicago where readers’ hunger for trenchant yet cerebral print is never satisfied. Wiseman and her staff keep Chicagoans informed with an ear to the zeitgeist and writing so polished and insightful the scene would be poorer without it.

48
Ruben Quesada
Poet, Professor and Founding Member, Latinx Writers Caucus
Ruben Quesada, a founding member of the Latinx Writers Caucus, is always in motion. In addition to crafting soulful poems, Quesada’s writing and teaching—at Columbia College, Northwestern and the School of the Art Institute—keeps pace with our frenetic city and channels its energy into the variegated mosaic of the nation’s poetic tapestry. His latest collection, “Revelations,” is a small book that contains a spectrum of emotions, observations and reflections. Wherever he’s going, Chicago’s lit scene needs to follow.

47
Rachel Weaver and Jason Smith
Owners, The Book Table
Not merely independent, but “fiercely” so, The Book Table in Oak Park has expanded twice since 2003 when Rachel Weaver and Jason Smith began their winning formula of bestsellers, publishers’ overstock and used books. Aside from the latest expansion to double the size of their store, they have organized large events for authors including Pete Souza, Alex Kotlowitz, Jo Nesbo and Patti Smith. “I’m also proud of the ways we evolve and respond to community needs,” Weaver says. “For example, we started selling pride flags and pins after the Pulse shooting. It started out that I just wanted to buy a rainbow flag to hang in the store window, but when I realized I had to drive all the way to Boystown to buy one, I sourced a supplier and we started selling them.” Similarly, they started a Black Lives Matter window display and sourced Black Lives Matter buttons, the entire proceeds of which are donated to BLM Chicago. After the election, they expanded their activism section and moved it to the front of the store. “I also gave out a lot of free hugs on November 9,” says Weaver.

46
Ada Cheng
Storyteller and Producer
In a twist of Mary Oliver’s dictum, “What is it you plan to do with your one wild and precious life?” Ada Cheng’s motto is “Make Your Life the Best Story You Tell.” The former tenured sociology professor reinvented herself as a storyteller and uses her personal stories to illustrate universal social experiences. She hosts the monthly storytelling show “Pour One Out” at Volumes Bookcafe. She also produces and hosts “Am I Man Enough?” a post #metoo storytelling podcast, a critical look at “the culture of toxic masculinity and the construction of masculinity and manhood.” She co-produces “Talk Stories,” an Asian American-Asian diaspora storytelling show and has performed solo shows before audiences around Chicago and the nation. 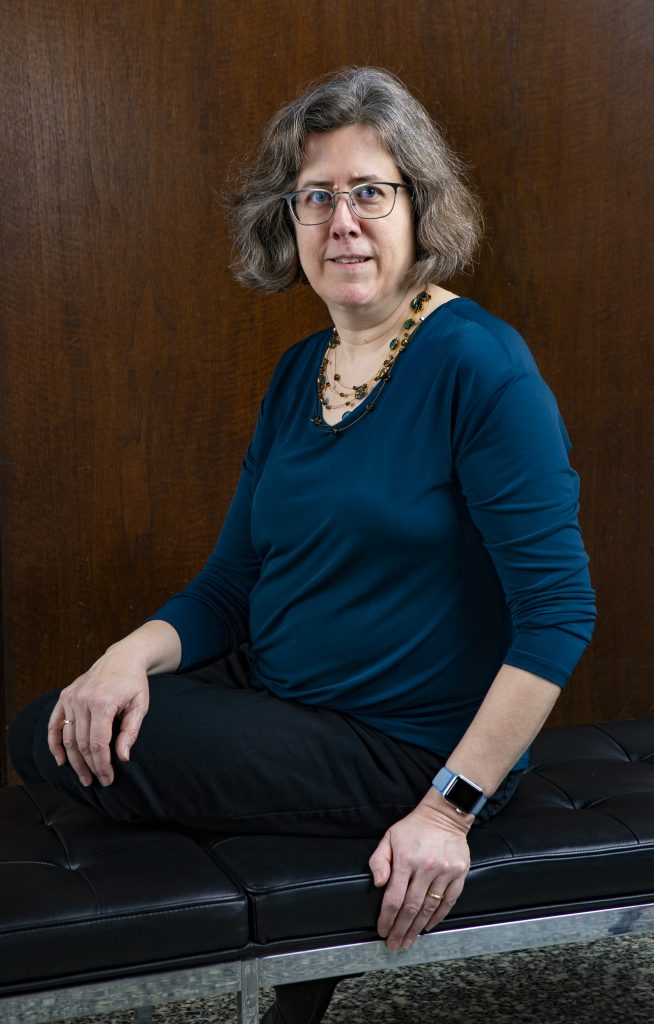 45
Emily Victorson
Co-Founder, Publisher, Allium Press of Chicago
“Rescuing Chicago from Capone, one book at a time” is the tagline of this independent press, celebrating its tenth anniversary this year. Allium Press publishes historical and literary fiction, thrillers, mysteries and young adult fiction, all with a Chicago connection. Founder and publisher Emily Victorson says, “”I’m honored to have the opportunity to bring to print the works of authors from across the country who write great novels featuring Chicago and then to share those books with new readers.” She regularly shares her publishing insights at workshops and panels including the Northwestern University Summer Writers Conference.

44
Syed Afzal Haider
Founder and Senior Editor, Chicago Quarterly Review
The twenty-fifth anniversary issue of the Chicago Quarterly Review is due this year. “From a very humble beginning it is gratifying that in the past few years the Chicago Quarterly Review has been honored by inclusion in ‘Best American Short Stories,’ ‘The O. Henry Prize Stories,’ the Pushcart Prize anthology, and ‘Best American Essays,’” founder Syed Haider says. “We owe much to our lively and devoted editorial staff, past and present.” Current staff includes senior editor Elizabeth McKenzie, fiction editor John Blades and managing editor Gary Houston. Special issues include a Chicago issue and 2017’s South Asian American issue guest-edited by Moazzam Sheikh. The nonfiction content in each earned citations as a “notable” special issue of its year by “Best American Essays.” In the works are Australian and South American issues. “We are proud of the growth of our magazine creatively and thrilled by our expanding readership all over the world.” Haider just published his second novel, “Life of Ganesh.” 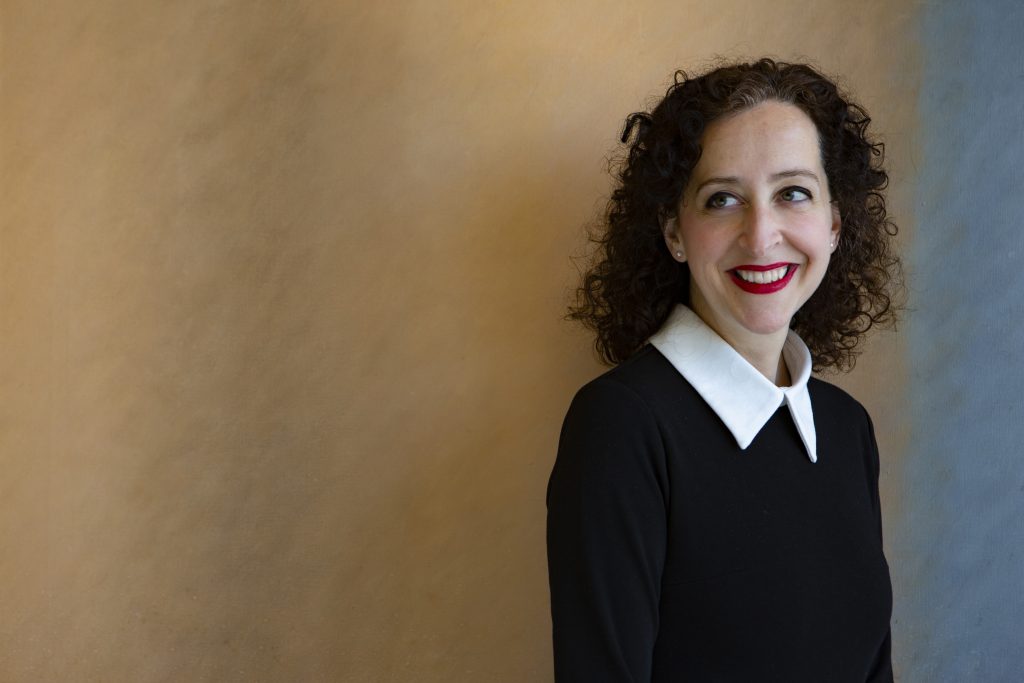 42
Nell Taylor
Executive Director, Read/Write Library
The Read/Write Library has an awe-inspiring collection of 6,000 books, zines and other media about Chicago. It can bring them to you by way of a pop-up library or the BiblioTreka, its mobile tricycle library. Alternatively, Chicagoans can visit the library center to look at specific collections, or arrange a field trip. “We just hosted a field trip for forty from the Human Geography department at the UK’s Durham University that was pretty amazing. We also began working with Chicago Public Schools last year,” says Nell Taylor. “We’ll be presenting a series of pop-up libraries on work by Chicagoans who are incarcerated this year through Illinois Humanities’ Envisioning Justice program.”

41
Sahar Mustafah
Teacher, Editor, Writer
“I hope my writing and teaching experiences contribute to the urgent work others have engaged to dismantle bigotry and hatred—this as a sitting president continues to incite violence against our communities,” Sahar Mustafah says. “We need to create and expand spaces for Arab and Muslim Americans, as well as other marginalized groups—spaces where we can cultivate our own narratives, empower our youth, where we can raise our voices against hateful noise. White Americans must enter these spaces, too, and support us.” Sahar is a member of the Radius of Arab American Writers (RAWI), part of the PEN American Prison Writing Program and a facilitator with the Arab American Action Network. She has collaborated with Guild Literary Complex of Chicago’s “Voices of Protest” and with Story Studio Chicago, 2nd Story Chicago, Tuesday Funk and The Frunchroom. Her second novel is due out this year.