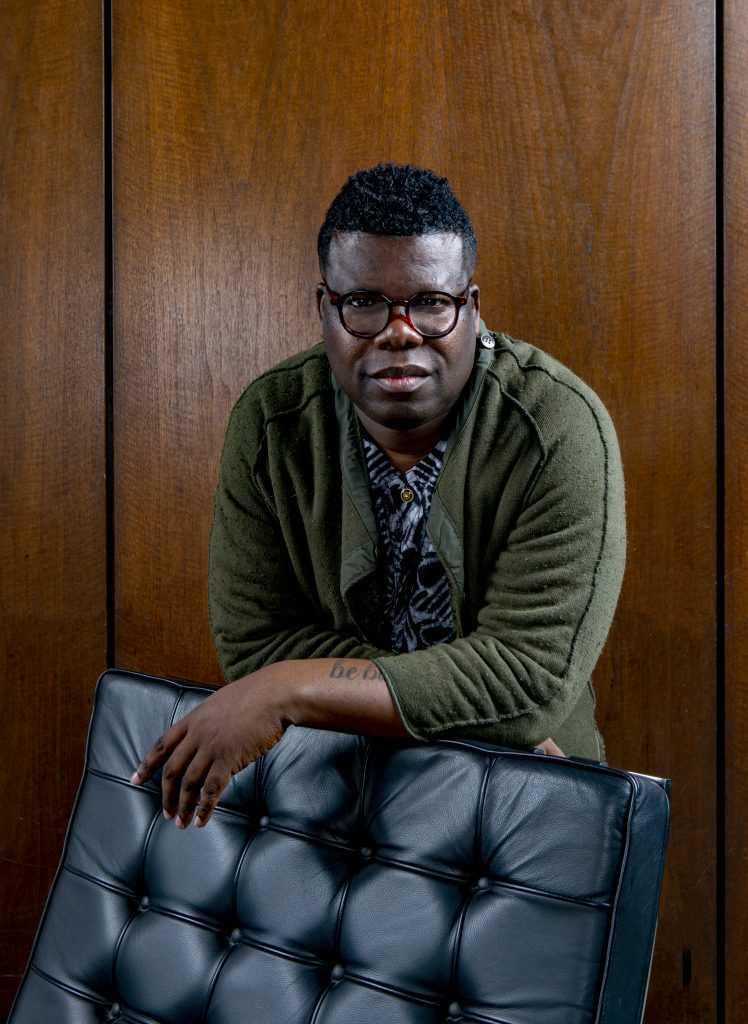 29
avery r. young
Organizer, Educator, Mentor, Poet, Songwriter and Performer
avery r. young inhabits Venn diagram of roles within Chicago literature’s sphere, including winning the Gwendolyn Brooks Youth Advocacy Award.  “I am so proud of so many I have taught and mentored,” he says. Many younger poets cite him as their guide. A mentor, poet, songwriter, and performer and Cave Canem alum, he uses his considerable talent to address racism, queerphobia, class inequities, body consciousness and other ills. A true interdisciplinary artist, young calls upon text, sound and visual art to launch his art into Chicago’s multifaceted lit scene. His new book, “neckbone: visual verses” arrives in June. 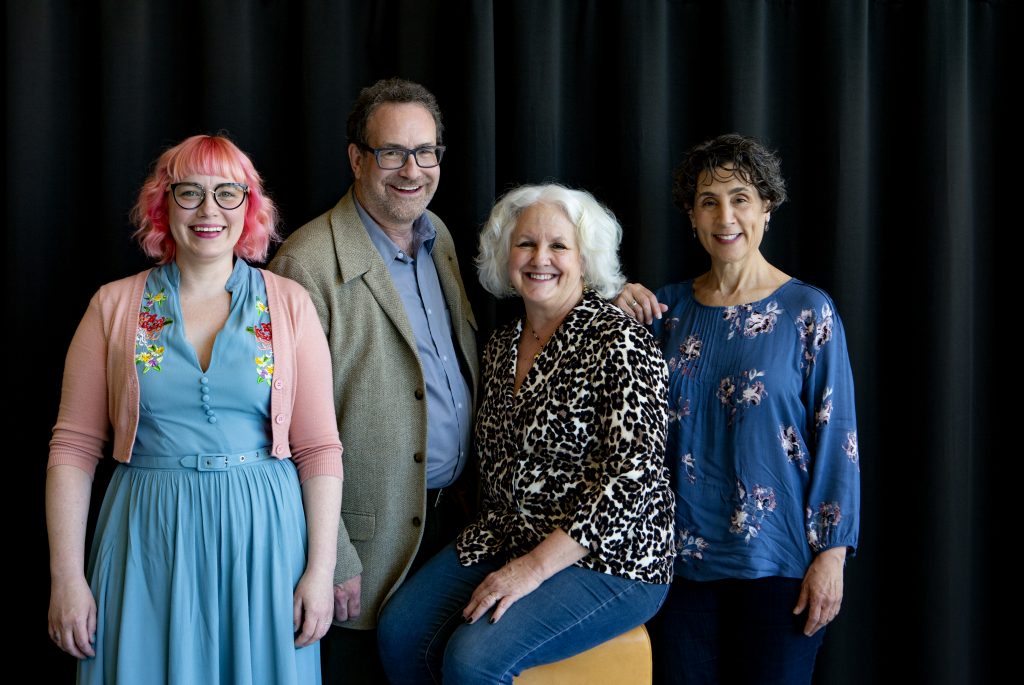 28
Sandra Law, Bridget Piekarz, Brian Wilson, Anne Hellman
Publishing House Book Reps
Sandra Law (Abraham Associates), Bridget Piekarz (Random House), Brian Wilson (Penguin) and Anne Hellman (MacMillan) are just four of the publishing-house book reps who advocate for authors and books in Chicago. Not only do they persuade booksellers to stock their authors’ work, they recommend bookstores as venues for book tours. Sarah Hollenbeck of Women and Children First Bookstore says that back when writers were not sure if the now-famous store was a going concern, reps helped convince writers such as Maya Angelou to read. Anne Hellman says she feels lucky to be part of such a passionate community. “No one owns or works in a bookstore in the hopes of getting rich. They do it because they love it.” 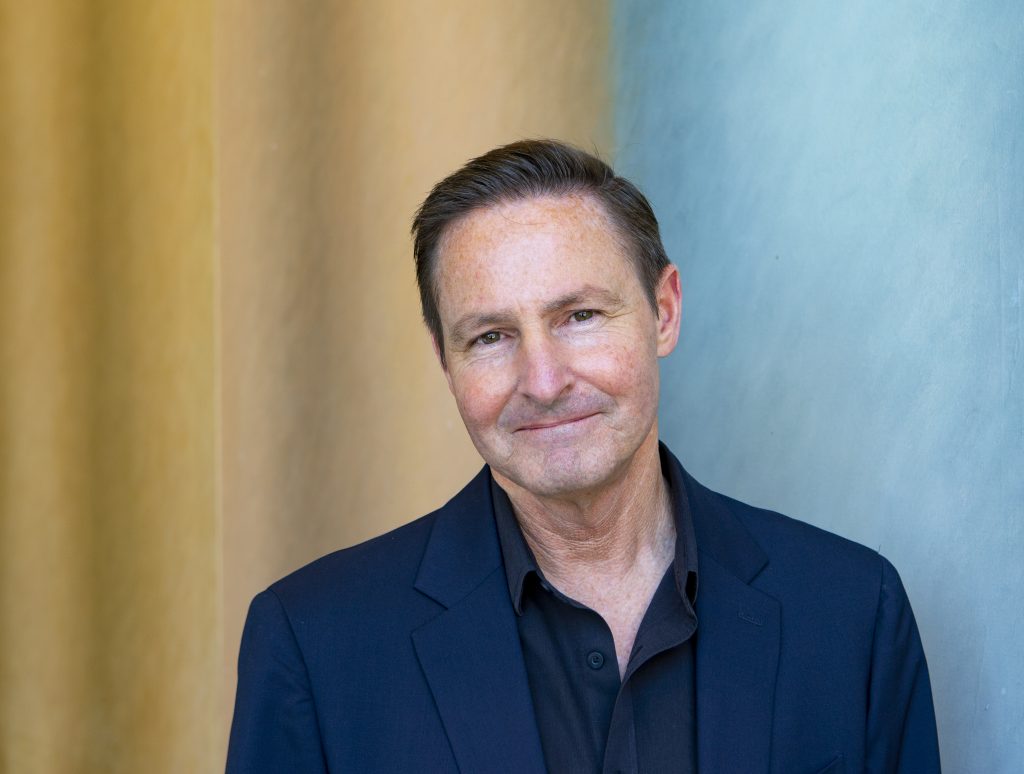 27
Randy Richardson
President, Chicago Writers Association
As president of the Chicago Writers Association, attorney, journalist and lauded novelist-essayist Randy Richardson strives to cultivate our local literary garden, shedding light where change is wanting, all the while thinking about connection, brokenness, Little League and the Cubs. Through his work with the nonprofit creative-writing community, Richardson helped foster the launch of the Chicago Literary Hall of Fame and guided the birth of the group’s popular writers’ conference, Let’s Just Write! In just over ten years at the helm, he has been a steady force for the membership of more than 700 Chicago-area writers. CWA boasts its own speakers’ bureau, book review service, literary journal and annual book awards. He has also played a pivotal role in the development of the social justice writing workshop, Hypertext Magazine & Studio, and its storytelling aims to increase awareness of a troubled status quo and direct energy into positive outcomes. 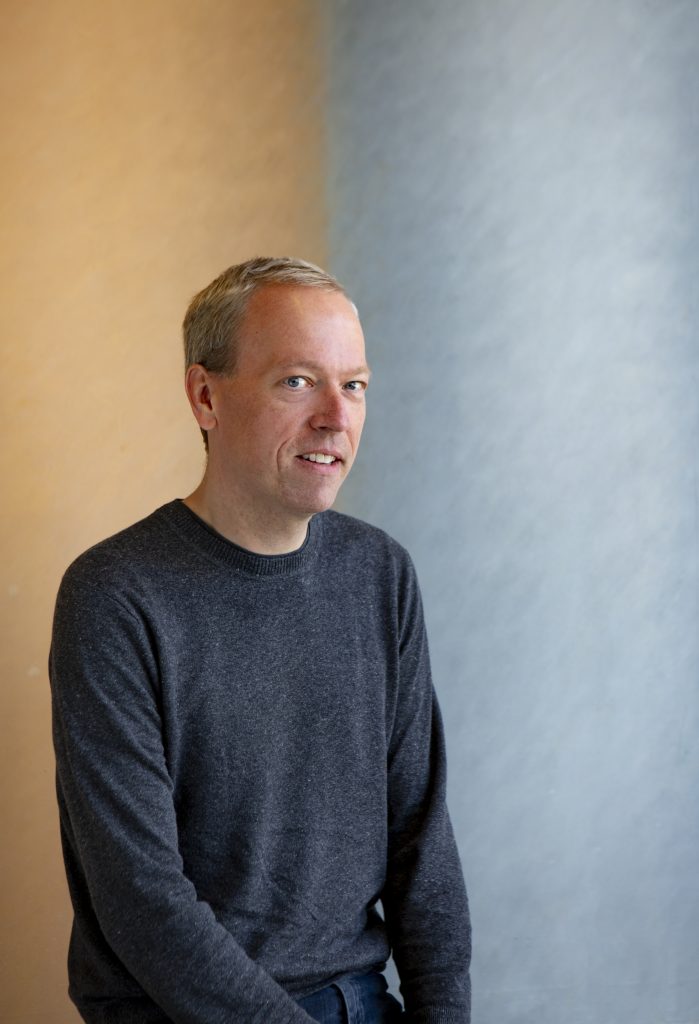 26
Christian TeBordo
Director, Creative Writing Program, Roosevelt University
The writing program at Roosevelt University has produced writers and editors including crime writer Lori Rader-Day, author and host of Lit Crawl Chicago Jessica Anne and founder of the Chicago Review of Books Adam Morgan. “Roosevelt’s MFA program is small and close-knit by design, but we’re extensively engaged with the greater Chicago literary community, collaborating with other organizations including Featherproof Books, Make Magazine’s Lit & Luz Festival and the Murder and Mayhem in Chicago Conference, providing our students with access to a range of experience while sharing our resources with the city.” TeBordo has also written five books, and this year won the Bridge Eight fiction prize for his short story collection “Ghost Engine.” 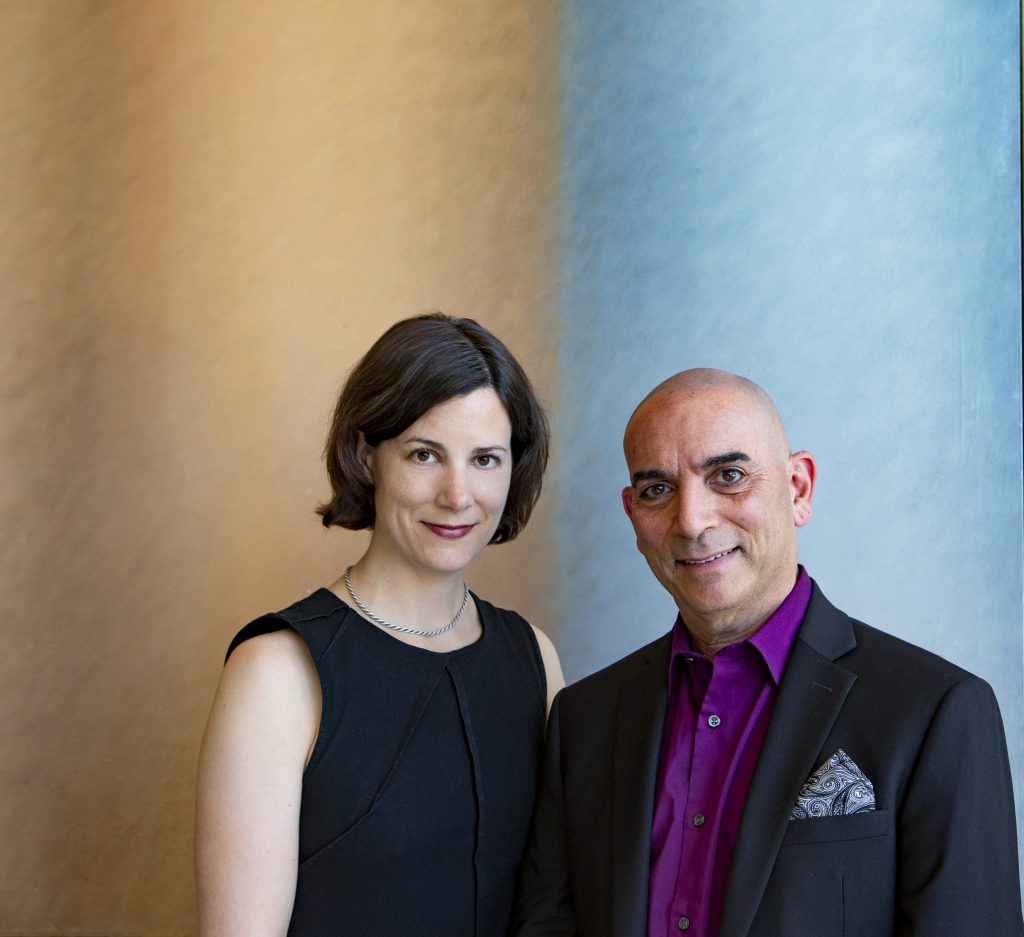 25
Arnie Bernstein and Alta Price
Regional Ambassadors, The Authors Guild and Author and Translator, Publishing Consultant
The Authors Guild supports working writers and their ability to earn a living from their work. Chicago’s regional ambassadors, Arnie Bernstein and Alta Price, organize informal readings and formal events to unite the literary community. They have advocated for the Guild’s Fair Contract Initiative, addressing issues such as copyright and piracy in the digital age, where authors’ works are often stolen and distributed free online; Controlled Digital Lending, which increasingly undermines writers’ incomes; authors’ legal rights in contract negotiations with publishers and the broader opportunities and formidable challenges that arise alongside industry behemoths Amazon and Google. “We have ambitious plans for the upcoming year, ready to help our comrades continue championing Chicago as one of the most literary and engaged cities in the United States,” they say.

24
Dana Kaye and Lori Rader-Day
Co-Founders, Murder and Mayhem in Chicago
Dana Kaye and Lori Rader-Day are in their third year of Murder and Mayhem in Chicago, a one-day event celebrating crime fiction. This year’s event featured Sophie Hannah and Scott Turow. Kaye also runs Kaye Publicity, building author brands and marketing books such as ecoterrorism thriller “False Horizon” by Joseph Reid and the forthcoming historical romance “Emmie and the Tudor King” by Natalie Murray. “My goal is to convert more people into avid readers by connecting them to books they’ll really love,” Kaye says. Award-winning novelist Day is about to become the national president of Sisters in Crime, a 4,000-member international organization begun by Sara Paretsky in 1986 to promote the development of women crime writers. 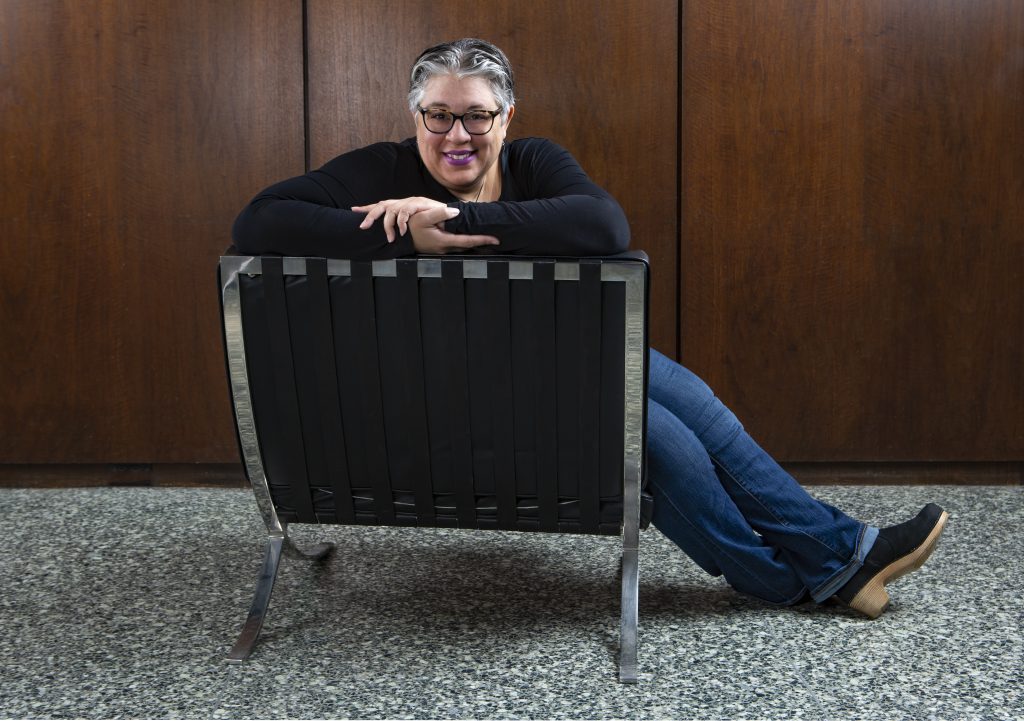 23
Tara Betts
Educator and Poet
“Art urges voyages,” says the Gwendolyn Brooks Youth Advocacy Award bestowed on Tara Betts for promoting justice, equity and literacy through the arts. Dr. Betts’ many activities take people on journeys of discovery, whether young people at the Chicago High School for the Arts or men at maximum security prison through the Prison + Neighborhood Arts Project, MFA students at Chicago State University where she is on faculty, or the Stonecoast low residency program based at the University of Southern Maine. A dedicated literary citizen, she works with Another Chicago Magazine and The Langston Hughes Review as poetry editor. She interviews and moderates conversations with authors, such as Alison C. Rollins at Seminary Co-op Bookstore. A Cave Canem fellow, she is the author of “Break the Habit,” “Arc & Hue” and two chapbooks. She is completing her third poetry collection, “Refuse to Disappear.” Her poem “Hip Hop Analogies” appeared in the program for “For Colored Girls” at the Court Theater. 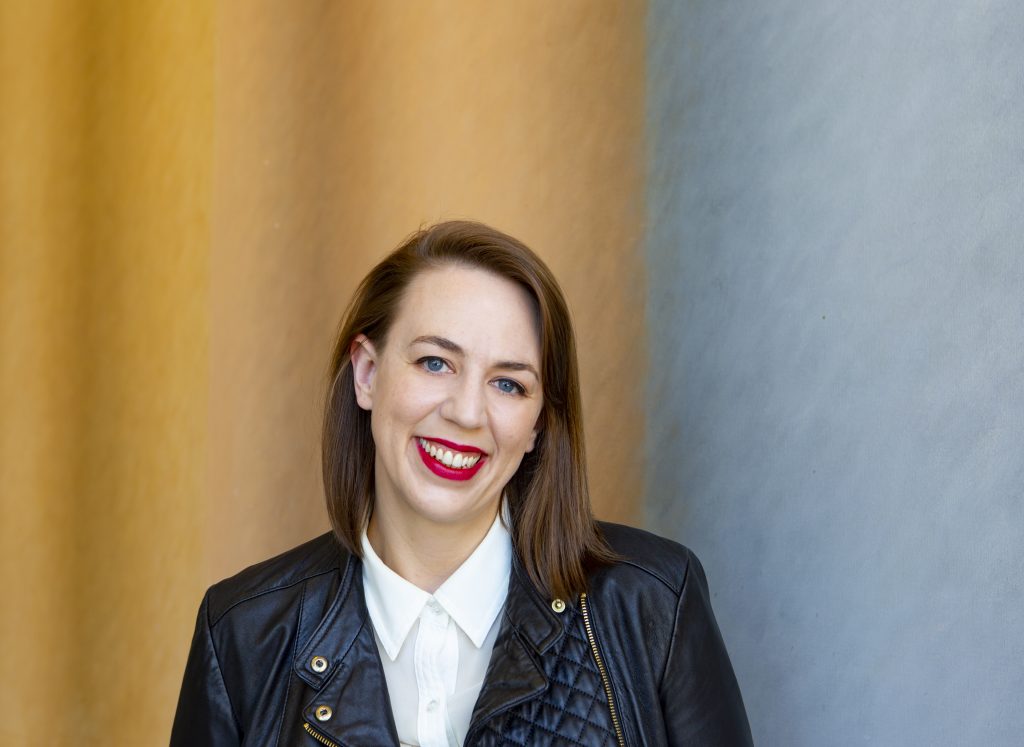 22
Elizabeth Metzger Sampson
Executive Director, The Chicago Poetry Center
“Creating more jobs for poets” is a large part of Elizabeth Metzger Sampson’s role as executive director of the Chicago Poetry Center. The Center’s school programs, Hands on Stanzas and Poets with Class, encourage literacy and love for poetry. As well as residencies for fifteen teaching artists, the Center presents workshops on poetry writing and performance in Chicago Public Schools. The Center organizes the roving Six Points Reading Series, and has an online archive featuring streaming audio and reading information. Sampson is also a poet, essayist and collaborates with visual artists.

21
Nate Marshall
Educator, Editor, Activist, MC and Poet
Multitalented South Sider Nate Marshall makes poetry a welcoming home for young people. An editor of “The BreakBeat Poets: New American Poetry in the Age of Hip-Hop,” Marshall was the director of national programs for Louder Than A Bomb, the youth poetry festival, and has taught at the University of Michigan, Wabash College, Northwestern University and the Poetry Foundation’s Poetry Incubator. The always-gracious Marshall is a frequent and enthusiastic supporter of poets at readings. He co-directs Crescendo Literary and co-wrote the theater production “No Blue Memories: The Life of Gwendolyn Brooks.” He is part of the Dark Noise Collective and makes music with Daily Lyrical Product. His poetry collection “Wild Hundreds” won the Black Caucus of the American Library Association’s best poetry award. His latest collection, “FINNA,” is due out in 2020.