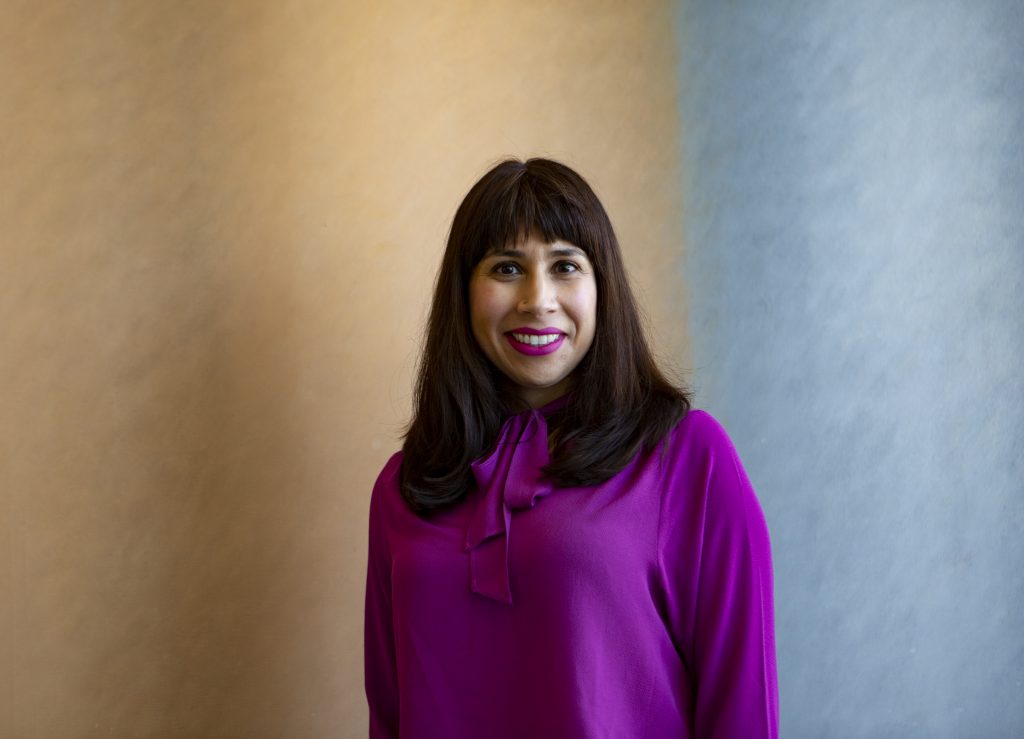 20
Erika L. Sánchez
Educator, Poet, Novelist and Essayist
Since her novel “I Am Not Your Perfect Mexican Daughter” hit bestseller lists and assigned reading lists in schools around the country, educator and author Erika L. Sánchez has spent a lot of time with students. Some schools have refused to assign the book. “What a disservice to kids who are enduring these traumas. They deserve to see themselves in books,” Sánchez says.”This is so achingly clear to me every time a crying teenager thanks me after a reading.” Sánchez, formerly the sex and love advice columnist for the online Cosmopolitan for Latinas, is also a Princeton Arts Fellow, recipient of the 21st Century Award from the Chicago Public Library Foundation as well as a National Endowment for the Arts Fellowship in Poetry. She is the author of the acclaimed poetry collection “Lessons on Expulsion.”

19
Tony Trigilio
Educator, Editor, Scholar, Poet
Tony Trigilio exudes warmth and human connection, which explains why students love him. This is the twentieth year of the annual Columbia College Citywide Undergraduate Poetry Festival, featuring top student poets from ten area universities and colleges. An accomplished poet and musician, Trigilio co-founded and co-edits the poetry magazine Court Green, publishing local and national poets and is associate editor for Tupelo Quarterly. He hosted and produced the poetry podcast Radio Free Albion and continues to host national and local poets for Columbia College’s reading series as he has for twenty years. A former director of the college’s BA and MFA poetry programs, he is proud that his poetry students have published books of their own, worked as interns, editors and curators at the Poetry Foundation, Poetry magazine, the Chicago Poetry Center, and venues such as the Dollhouse Reading Series (began by former students) and the Happy Gallery series. “My students also have gone on to start presses and magazines including Switchback Books, The Lettered Streets Press, Pinwheel and Ghost Proposal.”

18
Larry Law
Executive Director, Great Lakes Independent Booksellers Association
“We are a community built on relationships both within our neighborhoods and within our bookselling family,” says Larry Law, who leads the Great Lakes Booksellers Association. “In my first year as executive director, we added three new events to our programming with the intent of uniting booksellers, authors and publishers in creative and interactive ways. When we gather to discuss books, hear directly from authors or experience art first hand, we evolve. The talent, passion and strength of the Chicago literary scene, as well as that of the Great Lakes region, is undeniable. My goal is to encourage and foster this to the best of my abilities.”

17
Don Share and Fred Sasaki
Editor; Art Director, Poetry Magazine
The oldest monthly magazine devoted to verse in the English language has been published in Chicago since 1912. Under the editorship of Don Share and art direction of Fred Sasaki, the redesigned magazine, along with a podcast and an app, continues founder Harriet Monroe’s “open door” policy to print the best poetry written, in any style. Poetry magazine holds fast to its mission of bringing new voices to the public alongside the most recognized poets. The Ruth Lilly and Dorothy Sargent Rosenberg Poetry Fellowships are in their thirtieth year of amplifying new voices in poetry. Poetry magazine holds three National Magazine Awards, and this year the ever-adapting magazine was nominated for two additional Ellie Awards, one for the magazine itself and one for the weekly Poetry Magazine Podcast. It also connects the world through timely translations, including these lines by Adonis: “In your name, my land / That stands tall, enchanted and solitary / In your name, death, my friend.”

16
Rebecca and Kimberly George
Owners, Volumes Bookcafe
If you value something in the modern economy, you have to pay for the service, lest it vanish. “Bookstores feeding and providing the foundation for strong literary community is the most important thing to combating corporate behemoths,” say Rebecca and Kimberly George, the owners of Volumes Bookcafe in Wicker Park. The store is one of more than twenty independent stores hosting the Annual Indie Bookstore Crawl on Independent Bookstore Day, highlighting vibrant local booksellers. Rebecca George was involved in creating the Chicagoland Independent Booksellers Association. The store aims to be a community hub by hosting regular events, from readings to comedy nights, to open mics, trivia and storytelling. It’s a location steeped in a culture of book loving and sharing. 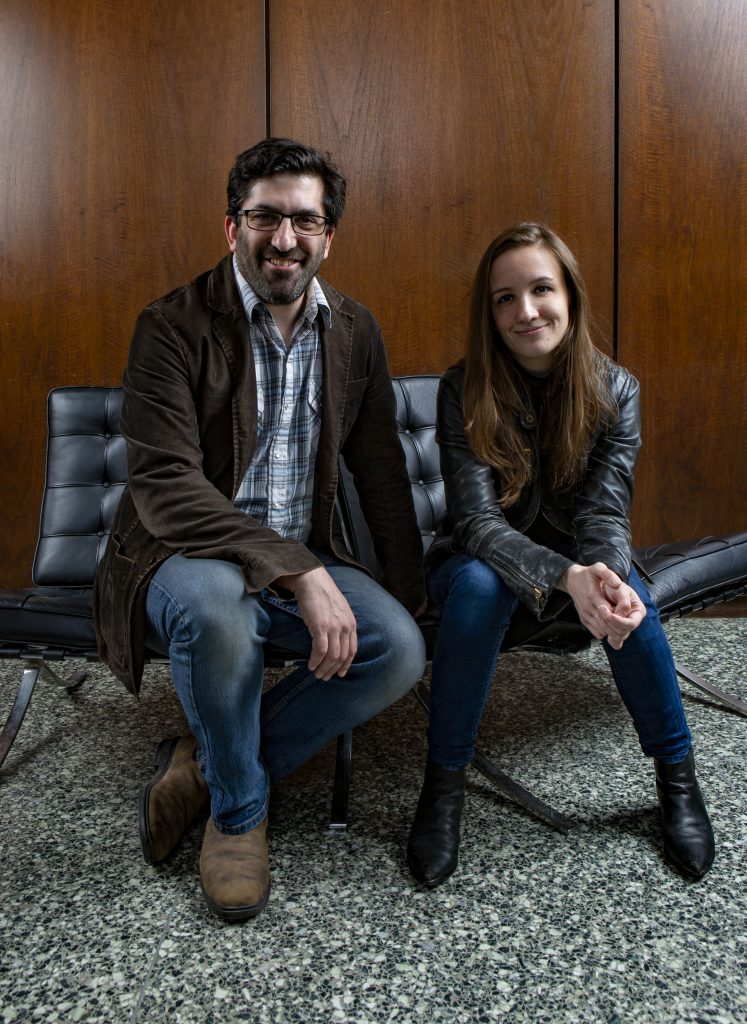 15
Jeff Deutsch and Alex Houston
Director; Marketing Director, Seminary Co-op Bookstore
The Seminary Co-op works to define the bookstore as a cultural institution, says director Jeff Deutsch. “We firmly believe that the work of bookselling provides great cultural and civic value, in addition to the great value the author series provides.” Since Alex Houston began as marketing director, the store hosted or supported more than 500 events last year, including Michael Ondaatje, Imani Perry, Eileen Myles, Timuel Black, Amit Chaudhuri, Hanif Abdurraqib and Michelle Obama’s release party and publication day signing. It includes a podcast (over 50,000 downloads in over fifty countries), blog and a range of children’s programming that won the Pannell Award from the WNBA, the most prestigious award in children’s bookselling. “We carry and support books that receive little to no attention elsewhere, including robust selections of books by academic presses, small presses and writers of color. In recognition of this unique approach, we are actively working toward transitioning to a nonprofit bookstore—the first whose cultural mission is bookselling proper.” 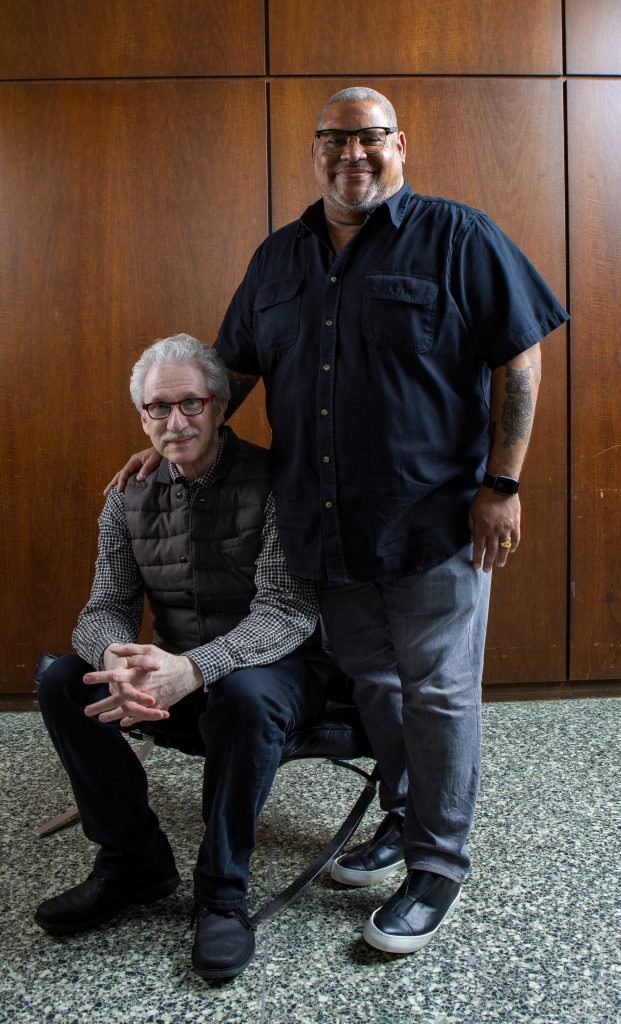 14
Chris Abani and Reginald Gibbons
Professors, Poetry and Poetics, Northwestern University
Chris Abani and Reginald Gibbons have far more in common than roles as core faculty in Northwestern’s Poetry and Poetics. They are each powerhouses and prolific writers in multiple disciplines including poetry, fiction and translated work. Each have numerous awards, including a Guggenheim apiece. Gibbons runs the Creative Writing Graduate MA and MFA programs at NU, while Abani is Board of Trustees Professor of English at the school. Both serve as series editors for the Drinking Gourd Chapbook Poetry Prize, a first book award for poets of color through Northwestern and the Northwestern University Press. Abani is an elected member of the American Academy of Arts and Sciences, a founder of the African Poetry Book Fund and the Black Goat poetry series, an imprint of Akashic Books.

13
Parneshia Jones
Sales and Community Outreach Manager and Poetry Editor, Northwestern University Press
Few successful writers spend their days acquiring and promoting the works of others; Parneshia Jones is a member of this rarefied club. As poetry editor and community outreach manager at Northwestern University Press, Jones has a keen eye for talent. She picked up the poetry collection “Head Off & Split: Poems” by Nikky Finney, a book that went on to win the National Book Award, as well as “Forest Primeval: Poems” by Vievee Francis, which won the Kingsley Tufts Poetry Award, and “Incendiary Art: Poems” by Chicago native Patricia Smith, which won the Kingsley Tufts and the Los Angeles Times Book Prizes. “I also acquired the visual poetry book, ‘neckbone: visual verses’ by Chicago artist avery r. young, which will be released this summer,” she says. Jones has taught in the Vermont College of Fine Arts Low Residency program. She earned a Lannan Residency Fellowship, a Ragdale Fellowship and received the Gwendolyn Brooks Poetry Award for her own work. Milkweed Editions acquired Jones’ first book, “Vessel: Poems,” which won the Midwest Book Award for Poetry.

12
Joe Matthews
CEO, Independent Publishers Group
With a reputation as smart and forward-thinking, Joe Matthews took the reins of IPG from his father Curt Matthews three years ago, acquired other businesses, brought on new clients and upgraded the company’s printing facilities. The nation’s second-largest independent press distributor, IPG recently began partnerships with publishers in Australia, Germany and the United Kingdom. Among additions to IPG’s distribution list are Koenemann, which publishes spectacular photography, art and architecture books, and Omnibus Press, the world’s largest publisher of music-related books such as “The Beatles on the Roof” and “David Bowie: The Golden Years.” As another publisher says, “In the landscape of small distributors who haven’t been swallowed up by conglomerates, they have thrived.” 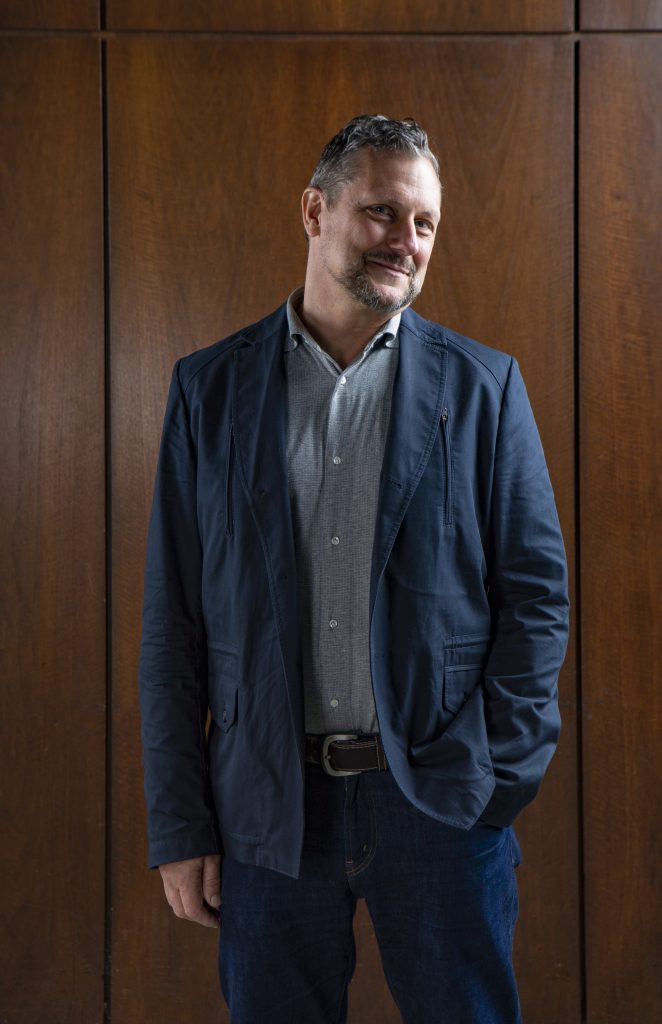