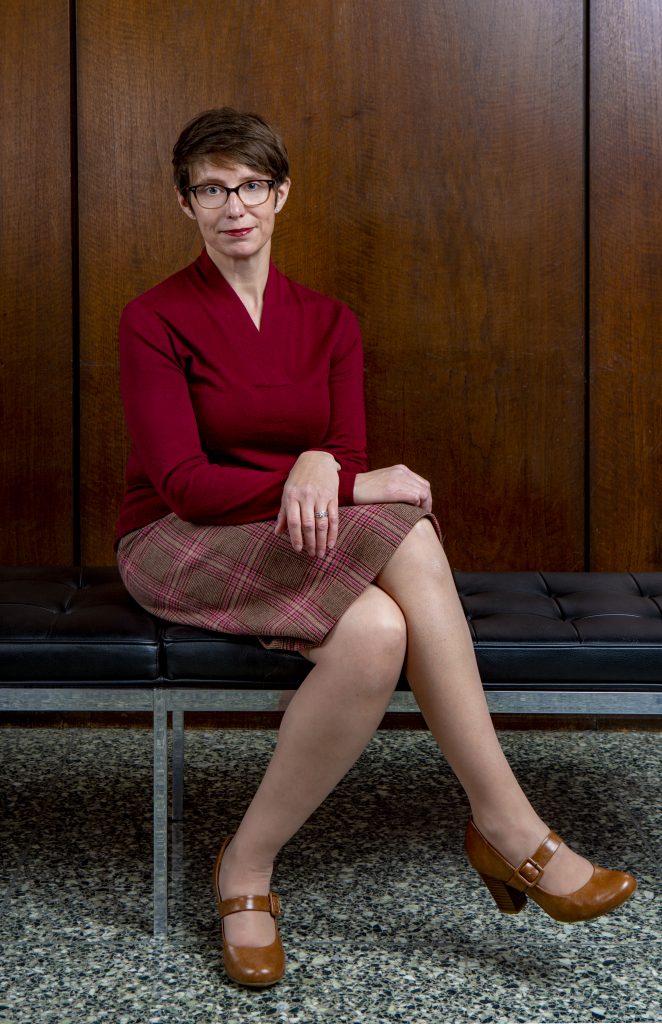 10
Jennifer Day
Books Editor, Chicago Tribune
An experienced journalist with more than twenty years experience, Jennifer Day is a key influence on the reading habits of Chicago and Illinois residents. “In 2018, I was delighted to produce the Chicago Tribune’s ninety-eight-page summer reading guide. It highlighted recommendations from notable Chicago authors, an early excerpt from Rebecca Makkai’s critically acclaimed ‘The Great Believers’ and the winning short story from the Tribune’s Nelson Algren Award contest. We’re planning something similar this year.” As well as moving books coverage into the Arts & Entertainment section and shifting focus to the vibrant local literary scene, Day sees the Tribune’s literary awards as a highlight. “We welcomed home George Saunders with a Heartland Prize in fiction for ‘Lincoln in the Bardo’; recognized Caroline Fraser with a Heartland Prize in nonfiction for her masterful portrait of Laura Ingalls Wilder in ‘Prairie Fires’; and celebrated Ron Chernow’s entire body of work with a Literary Award.”

9
Bette Cerf Hill
Founder, Printers Row Lit Fest
In 2002, when Bette Cerf Hill and her successors at the Near South Planning Board handed off the reigns of the book fair she’d founded back in 1985 to the Chicago Tribune, she assumed she was closing the final chapter on this phase of her life for good, content to remain close to what had become the biggest literary event in the Midwest as a spectator, supporter and a participant in the parallel Harold Washington Literary Award, which she also founded. All that changed earlier this year when the Tribune decided to discontinue its ownership and management of the festival. HIll sprang into action, as the only way to save the fair was to return it to the Near South Planning Board, under the leadership of president and executive director Bonnie Sanchez-Carlson. This required Hill to hit the streets, convincing foundations to put up hundreds of thousands of dollars to produce the event, and corralling a coalition of sponsors, volunteers and partners (including the Tribune and Newcity) to keep things moving. The fair will return some of the more grass-roots elements this year that marked its pre-Tribune tenure, most notably making all events free of charge.

8
José Olivarez and Kara Jackson
Teaching Artist, Mentor and National Youth Poet Laureate, Young Chicago Authors, Louder Than a Bomb
In addition to “Citizen Illegal,” his debut poetry collection blowing up with awards, performances and workshops nationwide, poet and teaching artist José Olivarez is co-editing the fourth BreakBeat Poets anthology, “LatiNEXT” and is a co-host of the podcast the Poetry Gods. He is a mentor to younger poets—Luis Carranza, Kee Stein, Vicky Peralta and Sammy Ortega—who came up through Louder Than a Bomb and began organizing around poetry in the Back of the Yards and Little Village neighborhoods. Their collective, Line Break, promotes arts and culture through intergenerational experience while prioritizing the work of people of color in Chicago. Inspiring young poets throughout the country, Kara Jackson is the National Youth Poet Laureate—the second Chicago recipient of the award after Patricia Frazier held the honor in 2018. “When I share poetry, I am making an effort to make sure it reaches everybody,” Jackson writes, “I am doing the work to make sure the fire doesn’t go out.”

7
Sarah Hollenbeck and Lynn Mooney
Co-Owners, Women & Children First Bookstore
Valerie Jarrett packed the house this month as one of many guests that Women & Children First, Chicago’s premier feminist bookstore, draws into its beautiful, brilliantly stocked space. Co-owners Sarah Hollenbeck and Lynn Mooney open their doors for book launches for emerging indie writers as well as established literary icons. The store brims with works by feminists, and highlights books by women and marginalized writers including women of color and LGBTQ writers. Five years in as owners of the forty-year-old Chicago institution, Hollenbeck and Mooney believe the key to their success is focusing on feminism, and holding twelve to fifteen events each month to serve as a consistent gathering space for the Chicago lit community. 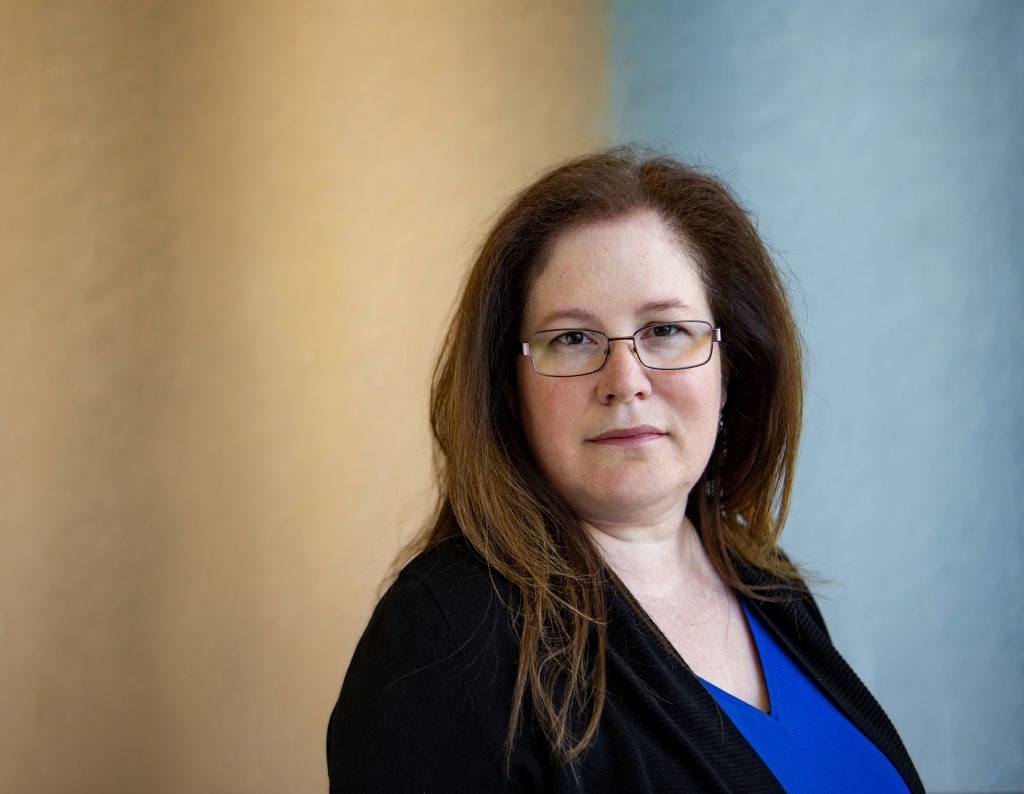 6
Julie Fain
Co-Founder and Publisher, Haymarket Books
“Our quest for ‘power’ is mostly in the political sphere,” says Julie Fain. “We are certainly looking to help push the conversation in publishing and in political and social justice circles.” This summer the radical independent nonprofit publisher moves into a building in Uptown with space for 120 people to attend cultural and literary events. The press publishes big names, including Rebecca Solnit, Angela Davis, Keeanga-Yamahtta Taylor, Arundhati Roy, Noam Chomsky and Howard Zinn, Chicago authors such as Eve L. Ewing, Kevin Coval, José Olivarez, Britteney Black Rose Kapri and H. Melt, as well as the BreakBeat Poets anthologies.

5
Jim DeRogatis
Advocate, Music Journalist, Author, Teacher and Critic
The influence of Jim DeRogatis as a music critic and journalist is formidable. He is one of the favorite professors of students at Columbia College Chicago, the author of ten books and the co-host of “Sound Opinions” on WBEZ. “The critic doesn’t sit there to tell you everything you think is wrong; he or she just wants to start a conversation,” DeRogatis has said, and his tireless investigative journalism about R. Kelly has done just that and more. He started on the story in 2000 after receiving an anonymous tip alleging the superstar had a problem with young girls. He broke his shocking report of grooming and sexual abuse, only to have it fall on deaf ears. Undeterred, he reported more than fifty stories and continued to advocate for young victims. His work spurred a documentary series and saw Kelly indicted this year on ten counts of aggravated sexual abuse. DeRogatis’ book, “Soulless: The Case Against R. Kelly,” is published this summer. 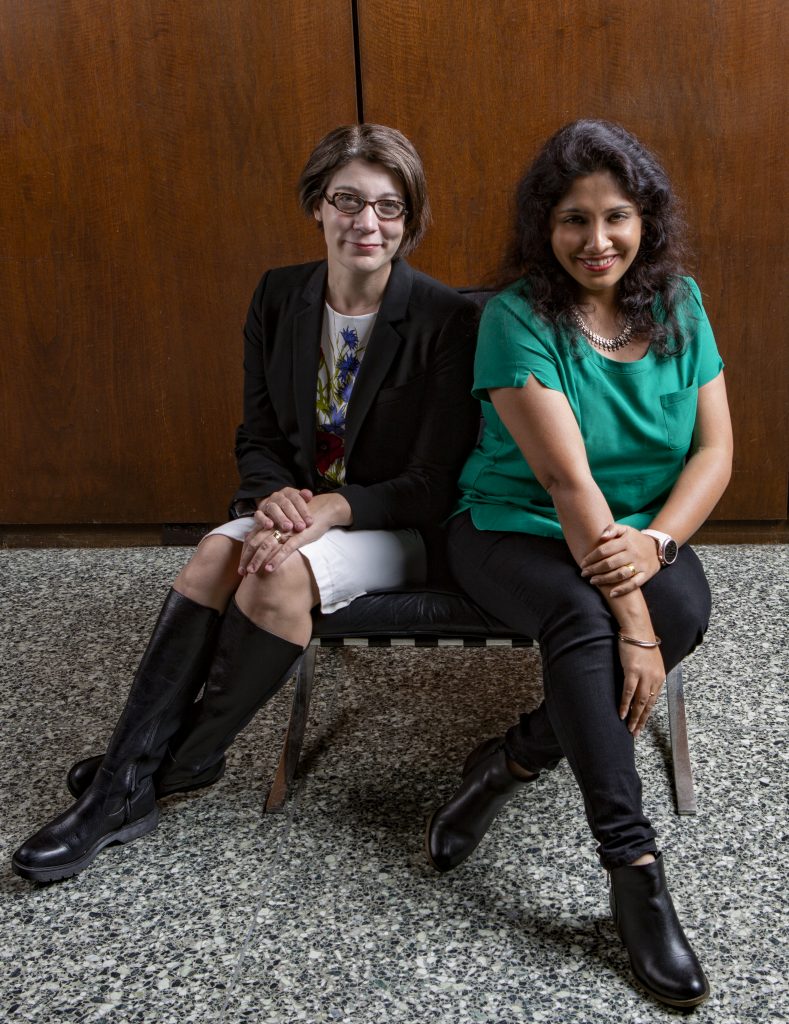 4
Allison Sansone and Sonal Shukla
Program Director; Assistant Director of Programming & Education, American Writers Museum
Since the American Writers Museum opened in 2017, more than 10,000 students have visited at no charge, mostly through the subsidized Write In program. Students have discussed writing with renowned writers, including Jacqueline Woodson, Ilan Stavans, Deepak Unnikrishnan and Glory Edim. “We’ve developed a public program schedule that looks like American literature, with more than sixty percent of our programs from women or writers of color,” says Allison Sansone. The organization, under the leadership of Carey Cranston, has celebrated sportswriters, poets, scholars, songwriters and many other writers from the front pages of America’s newspapers to the inside of Chicago’s homeless shelters. “When U.S. Supreme Court Justice Sonia Sotomayor came to us for a joint program with the Chicago Public Library, front and center were our Write In students, asking her questions—some of them as tough as any put to her by journalists!”

3
Henry S. Bienen and Ydalmi Noriega
President; Community & Foundation Relations Director, The Poetry Foundation
“Poetry speaks to people all over the world, and does not belong to one language or generation” is a rationale provided by the Poetry Foundation as its influence spins out well beyond Chicago and the nation. Headed by Henry S. Bienen, the Foundation recently packed crowds with readings from “Halal If You Hear Me”; co-sponsored the ChiTeen Lit Fest and hosted a roster of events that supported emerging poets as well as established artists. The Foundation offers dozens of free events every season, including readings, film screenings, musical performances, book clubs and workshops, while maintaining a library and gallery open to the public. In the community, it hosts the annual Chicago Poetry Block Party in Pilsen in July; its poetry and activism initiative the Poetry Incubator; the Summer Poetry Teachers Institute and the thousands of poems, articles and resources available free at PoetryFoundation.org. “The Poetry Foundation exists to serve writers and readers of poetry—including people who don’t know that they love poetry yet,” says Ydalmi Noriega. “We aim to make poetry exciting and accessible to everyone: on the page, in performance, in community. We want people to use the resources we have to develop poetry that works for them because we know that new ideas are how art moves forward.”

2
Phillip Bahar and Alison Cuddy
Executive Director; Marilynn Thoma Artistic Director, Chicago Humanities Festival
Writers agree: The Chicago Humanities Festival literary lineup, in its thirtieth year, has been stronger than ever, with Phillip Bahar as executive director, and artistic director Alison Cuddy providing thematic vision and interview skills, along with Rina Rinalli’s programming expertise. “It’s the perfect recipe for how our festival gets booked,” says publicist Joe Englemann. Two rising stars include Tiff Beatty, associate director of programming, who hosts Art Is Bonfire spoken-word poetry cypher at Promontory Point during the summer. She was named a Chicago United For Equity Fellow and received a 2019 Field Leader Award. Brittany Pyle, director of audience experience and production, books more than forty venues annually for the Festival. She was honored with the Leadership Exchange in Arts & Disability (LEAD) Award for Emerging Leaders from the Kennedy Center and has been the leading advocate for expanding accessibility for people with disabilities and older adults at CHF. She’s a steering committee member of the Chicago Cultural Accessibility Consortium. 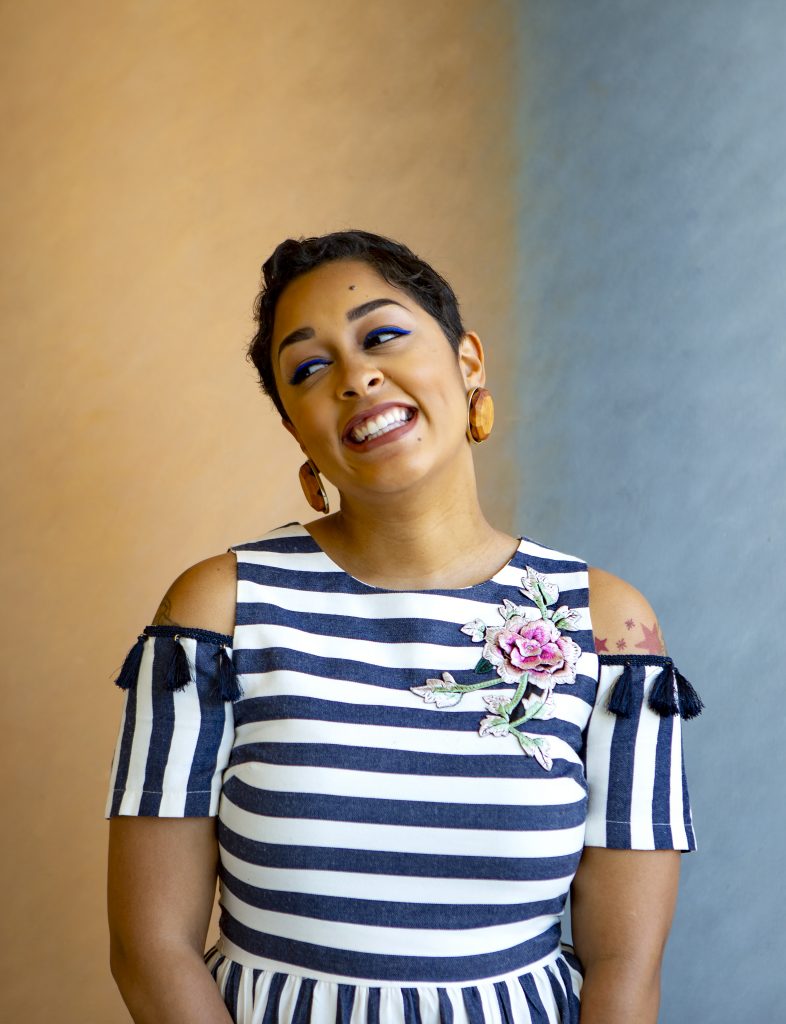 1
Eve L. Ewing
Sociologist, Educator, Poet, Writer, Playwright, Public Speaker, Twitter Shero
All-round inspirational dynamo Dr. Eve L. Ewing won the Chicago Public Library’s 2019 21st Century Award. She is in demand for her evidence-based challenge to Chicago’s racist education system, outlined in her book “Ghosts in the Schoolyard: Racism and School Closings on Chicago’s South Side.” As half of Crescendo Literary, with Nate Marshall, Ewing created “No Blue Memories: The Life of Gwendolyn Brooks,” in partnership with Manual Cinema and the Poetry Foundation; the first Emerging Poets Incubator; and the Chicago Poetry Block Party. She is part of the Echo Hotel writing collective and is an assistant professor at the University of Chicago; an instructor for the Prison + Neighborhood Art Project and serves on the board of youth poetry and social justice organization MassLEAP. She published “Electric Arches” to great acclaim last year, and “1919,” her poetry collection about Chicago’s race riots, is forthcoming.