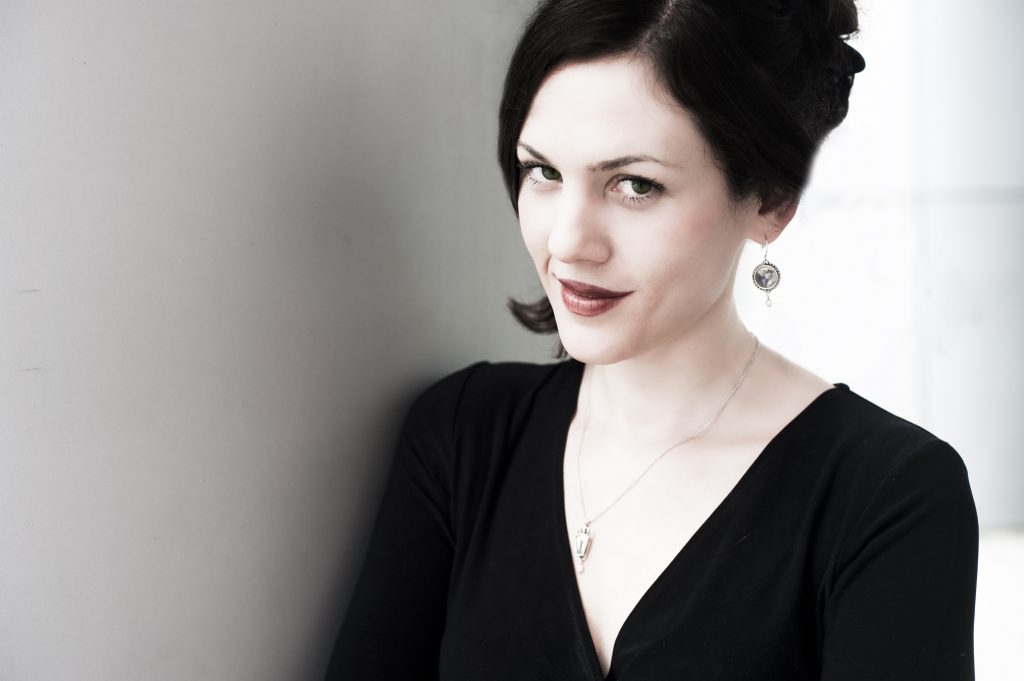 Rachel DeWoskin’s new novel, “Banshee” (Dottir Press), about a poetry professor whose cancer diagnosis makes her want to “crack open my own cage of bones and run straight out of myself,” was written as an escape from the demands of her previous novel, “Someday We Will Fly” (Viking), published in January, and set in a Jewish refugee camp in Shanghai during World War II.

“I feel like I was cheating on my Holocaust novel with ‘Banshee’,” says DeWoskin over coffee in a South Loop café not far from her home. In order to write “Someday,” DeWoskin had to live in her head in Shanghai in 1939 and sometimes it was pleasant—like getting lost researching such details as rickshaw laws. Yet the book also required her to think about what it means to close our borders, put people away and separate families. When she started “Someday,” the issue of immigration was not as acute as it is now: “It became more and more painful.” DeWoskin says she struggled and coped by working on multiple projects. “You have to back up from your book occasionally and come back to to it,” she says. “You’ll be a better writer.”

DeWoskin wanted to get a first draft of “Banshee” done before going on the “Someday” book tour that would require her to be in public all the time, and “make it difficult to go back into the ‘bat cave’ to write. For that final push, she went to the MacDowell Colony, the famed artist retreat in New Hampshire, for a month. “I won’t do that again until my kids are older,” she says, referring to the pampered isolation that kept her away from her two young daughters. “I missed them too much.”

All of DeWoskin’s work, six books to date, begins with a set of questions that propel the stories. In the novel “Blind” (Viking, 2014), for instance, it was about learning how one manages in the world with the loss of sight. Research led her to the Chicago Lighthouse for the Blind where she learned Braille. In “Someday,” her novel set in China, DeWoskin was moved by an image of Holocaust refugees who were wearing T-shirts emblazoned with the name of their table tennis sport team. DeWoskin marveled at their resilience, how they managed not only to build a school and build the tables and create teams, but also to then make T-shirts. How did they manage to move on with their lives?

“I’ve come to think more and more over the years that the domain of creative writers is to ask and complicate questions, rather than to try to answer or simplify them,” she says, adding that simplification can be left to the propagandists. It’s an approach that also makes her a dynamic teacher. DeWoskin is on the faculty of the creative writing program at the University of Chicago, which launched its major in 2017. “I cherish my community,” she says. One of the benefits of being in on the ground floor of the new program has been helping it develop and bringing in writers that she admires to campus. Guests have included Marlon James and alumnus and radio journalis Sarah Koenig, who produces the popular podcast Serial.

A book about a self-destructive poet with breast cancer might not seem like light fare, but “Banshee” is funny. DeWoskin did not want to judge her protagonist’s behavior as bad or good. “I was curious writing that book to see a woman behave that way. What does it look like when we stop answering the rules of polite life?” Not judging characters can be a useful tactic for writers, one that can allow a story to gain traction.

“There’s a beautiful moment in an old interview with James Baldwin in The Paris Review, in which Baldwin, talking about the difference between preaching and writing, says, ‘When you are standing in the pulpit, you must sound as though you know what you’re talking about. When you’re writing, you’re trying to find out something which you don’t know. The whole language of writing for me is finding out what you don’t want to know, what you don’t want to find out. But something forces you to anyway.’” DeWoskin says she keeps this idea of Baldwin’s close and shares it with her students. “I try to use wonder as my central engine.”

One of the dusty adages about writing is to stick to what you know, but DeWoskin believes in pushing past that notion. “Of course this kind of thinking—that we write not what we know but what we want or feel we have to learn—leads to some part of the contemporary conversation about what writers are ‘allowed’ to write, whether we should stay within the boundaries of our own lived experiences.” For DeWoskin, such a practice is impossible for any kind of writing. “Even the idea that you could write only from your own narrow band of perspective misses and contradicts the point of art, which is to transcend your own experience and to imagine—deeply, intellectually, emotionally, and in every way possible—the experiences of people who are not you.”

For DeWoskin, writers have a responsibility to kick the doors open for people who have been excluded or exploited. “We have to amplify voices we’ve shushed or ignored or talked over.”

DeWoskin remembers the poet Claudia Rankine’s keynote address at the AWP (Association of Writers & Writing Programs) a few years ago, where she made the point that by not putting people of color in novels, writers are erasing entire swathes of human experience. “We have a responsibility as writers to tell stories that are inclusive, representative and thoughtful, and to do so with complexity and care,” she says. “It’s worth saying here that while publishing, like most industries, is still not a mecca of social justice, making and putting books into the world is also not a zero-sum game.”

While DeWoskin has expanded on her own lived experience in her work, readers will detect a trail of breadcrumbs that lead to China; it is where she spent a large part of her life. DeWoskin, who was born in Kyoto in 1972, spent summers in China throughout her childhood where her father, an Asian cultures professor at the University of Michigan, was doing research. After college in 1994, she went to China to work for a public relations firm for what she thought would be a year and ended up staying six-and-a-half years. In that time, she starred in a soap opera, then worked for the Ford Foundation writing case studies largely about women’s reproductive health. Her first book, “Foreign Babes in Beijing: Behind the Scenes of a New China” published in 2005, was based on that experience as well as an exploration of culture and identity. Her first novel, “Repeat After Me,” published in 2009, tells the story of a Chinese dissident in Manhattan.

When she returned to the United States, it was to study poetry under Robert Pinsky at Boston University. Among the multiple writing projects that DeWoskin is always juggling are the poems. Her first collection will be published by the University of Chicago Press in March of 2020.

Currently, DeWoskin is working with her husband, playwright Zayd Dohrn, on developing “Foreign Babes” into a television series. “I love working with him. He’s a very dignified and generous writer and thinker. If we disagree, I’ll take his word over mine in a pinch.” It’s their first collaboration, but they have always been each other’s first readers. “It was in our wedding vows,” DeWoskin says. “We promised to read each other’s manuscripts.”