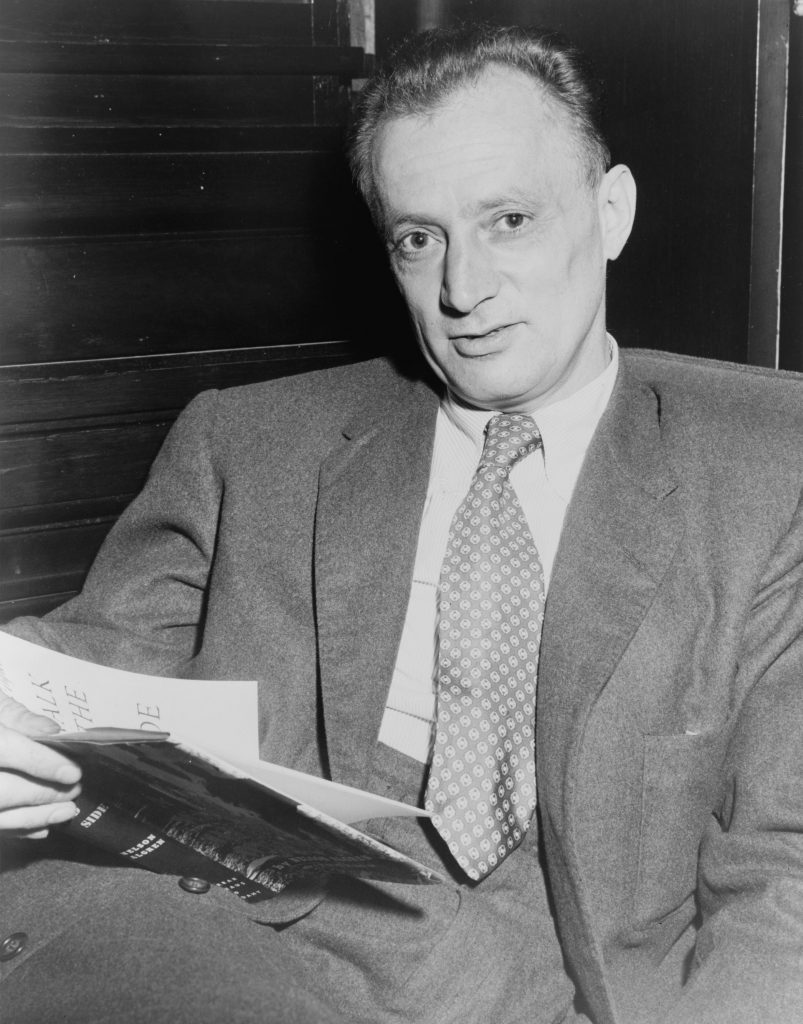 Forgive me for beginning this review on a plaintive note. There are now three biographies of Nelson Algren, two published in the last three years, as well as not one but two documentaries, both of which came out in 2015. Yet there’s still no Algren volume and almost no Algren mention in the Library of America, the mammoth forty-year-old nonprofit publishing project that’s supposed to be the repository of all that’s of permanent value in American literature. Closer to home, no Algren novel has been included in the “One Book, One Chicago” program.

So the work of the writer most closely identified with Chicago languishes, while the life—that depressing downward spiral from brief fame and a loving relationship with the brilliant Simone de Beauvoir into bitterness and isolation—has become a commodity for the publishing industry.

Nelson would not be surprised.

The man who famously dubbed Chicago the “city on the make” was more than a bit of a (failed) hustler himself, once opining sarcastically that “A man who won’t demean himself for a dollar is a phony.” Algren knew how things worked and whom they worked for. It’s entertaining to speculate what he would think of the recent spate of interest in his career, which blossomed in the 1940s and crested with his winning the first National Book Award for “The Man with the Golden Arm” in 1950. Very likely Algren, who died in 1981 and whose literary reputation more or less predeceased him, would see the newfound attention as too little, too late.

But for Algren fans here in his hometown—a city that for decades would not allow his books in the public library on the eye-rolling grounds that they were “anti-Polish,” and which refused to name the new branch library on his old turf after him—any sign of continuing interest must be counted a plus. He remains underrated and misunderstood, still thought of in many quarters as a writer of pulpy potboilers or, in Leslie Fiedler’s snarky phrase, “the bard of the stumblebum.” Algren is still treated more as a curiosity than as “the American Dostoevsky,” which is how one local reviewer responded to “Golden Arm”—and not without reason.

To his credit, Colin Asher, the Brooklyn-based author of “Never a Lovely So Real” (a line taken from Algren’s exquisite and ambivalent prose poem “Chicago: City on the Make”) takes on many of the clichés that have accreted around Algren’s work. Asher never forgets how rooted Algren was in the proletarian novel school of the 1930s, and how nourished he was, along with his friend and comrade Richard Wright, by the John Reed Club and other manifestations of the Depression-era Communist Party. It was in this left-wing milieu that Algren, after experiencing firsthand the hobo life in Texas and the South, found encouragement and a vocation as spokesman for the dispossessed and forgotten. As Asher aptly observes, Algren’s immersion in the revolutionary movement of his youth foregrounded the issue of artistic purpose: “How to write, Nelson began to think, is a less meaningful question than why.”

As long as Algren had a compelling purpose, his work had life and urgency, as well as a distinctive poetic-ironic voice. When the commitment and solidarity began to slip, due to adversity and internal conflicts, his writing suffered. At a certain point, Algren lost his belief not only in himself, but also in the heroic sense of literature as a weapon to challenge authority on behalf of its victims. Any biographer of Algren must address the question of just what happened to Algren between the triumph of “The Man with the Golden Arm” and his decision about ten years later to renounce the novel and downshift to the lower-intensity form of journalism. 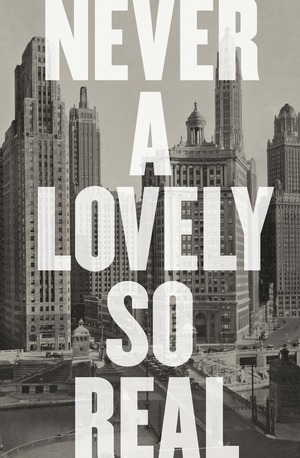 Asher blames Algren’s decline on the FBI, which had his passport pulled and compiled a file on the writer longer than “Neon Wilderness” and “Walk on the Wild Side” combined. The book’s Rosebud moment is its claim that a sly and almost unnoticeable verbal jab in “The Man with the Golden Arm”—a mention of billboards bearing the phrases “Budintz Coal/One Price to All” and “Rushmoore Coal/Fastest Delivery/Cheapest in Years”—was his downfall. The signs refer to Louis Budenz and Howard Rushmore, two renegade ex-radicals turned paid informers for the FBI. According to Asher, these recondite insults led both Budenz and Rushmore to denounce Algren, leading to years of surveillance, harassment and general grief.

The claim is interesting, if unprovable. It’s also overblown. As the book attests, Algren had been on the FBI’s radar since at least 1941, when elements of Chicago’s Polish-American community made a federal case about “Never Come Morning,” Algren’s searing breakthrough novel set in the city’s Polish slums. Algren never hesitated to raise his head above the parapet, signing open letters defending the Rosenbergs and attacking McCarthyism. Red-baiting is a game of guilt by association, and Algren associated with many victims of the House un-American Activities Committee, from Richard Wright and the Hollywood Ten to just about everyone connected to the first, abortive attempt to film “Golden Arm.” In short, there was no way Algren would get through the Red Scare unscathed, “Budintz Coal” or not.

Algren’s critical, alienated take on mid-century American conformism also left him vulnerable to brickbats from the formalist critics of his day, who piled on Nelson—“the museum piece, the Last of the Proletarian Writers” as Fiedler wrote—as a way of putting some daylight between their tenured present and Trotskyite past. Algren fought back, but the critical assault—combined with the legal-financial-artistic-emotional fiasco that was Otto Preminger’s Hollywood production of “The Man with the Golden Arm”—took its toll, creating a sense of imposed irrelevance and obsolescence.

The strength of Asher’s book is its attention to historical context and its depth of research, including the biographer’s access to what appears to be the entirety of Algren’s FBI file. (I’ve waded through hundreds of pages of the thing myself and can testify that it is fully as dull, repetitive and pointless as one would expect.) The book’s drawbacks are its neutral, detached style—ironic considering how deeply its subject identified with his hard-luck characters—and its un-Algrenesque lack of wit and personality. For all its hundreds of citations and dozens of sometimes pedantic footnotes (as when the author debates with himself the possible misogyny of his chosen title, then graciously forgives himself), “Never a Lovely” leaves us outside and apart from Algren, as though Asher hasn’t decided what he thinks about his subject. The book tries to compensate for its cool objectivity by sometimes giving us too much information, frequently informing us when and how often Nelson had sex with the many women in his life, including his great love Simone and Amanda Kontowicz, his ill-used first (and second) wife.

The details revealed over the book’s 500 pages don’t always support the conclusions drawn from them. For example, Asher states that “Nelson only gambled problematically during two distinct periods of his life.” But based on what we read about Algren’s lifelong passion for poker and the ponies, those two distinct periods would seem to be when Nelson was awake and when he had folding money in his pocket. And the fact that Asher doesn’t even mention “How the Devil Came Down Division Street,” Algren’s best-known and funniest story, raises questions about, if not his critical judgment, at least his sense of humor.

While “Never a Lovely” may not represent the ideal matching of biographer and subject, it does tell its story with economy and clarity. Divided into chapters covering two- or three-year chunks of Algren’s life, the book marches us through a footloose, bohemian writer’s existence that seems unimaginable in today’s literary scene, with its myriad MFA programs grinding out content producers for bean-counting corporate publishers. We see how this radical environment molded a writer who saw his brief as countering postwar American exceptionalism and complacency, declaring that “Never has any people possessed such a superfluity of physical luxuries, companioned by such a dearth of emotional necessities.”

Nelson Algren received his share of awards and acclaim during his lifetime, but they seem like consolation prizes for a truncated career and a legacy of neglect. Reading the final chapters of this biography, one wonders how many more major stories and novels would have seen the light of day had Algren not been targeted by the Cold War thought police. “Never a Lovely So Real” is a useful reminder that when Algren began to think of himself as a loser, we lost out, too. (Hugh Iglarsh)