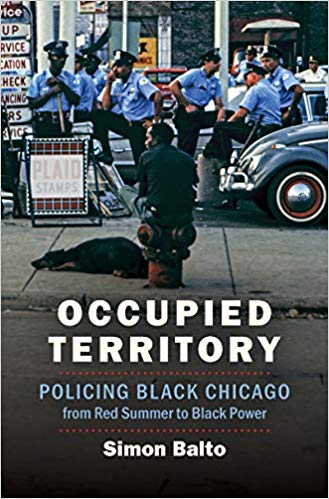 One hundred years ago, violent race riots rocked Chicago. What began as an innocent swim in then-segregated Lake Michigan to escape the unbearable summer heat of July 27, 1919, resulted in the death of thirty-eight Chicagoans—twenty-three black and fifteen white. More than 500 were injured, over 1,000 were rendered homeless, and more than 5,000 troops from the Illinois National Guard were deployed to stem the terror. A century later, our city still reels from the impact and aftereffects of the riots during the Red Summer, a designation describing an outbreak of white-supremacist attacks nationwide. Two recently published books—Eve L.  Ewing’s “1919” and Simon Balto’s “Occupied Territory: Policing Black Chicago from Red Summer to Black Power”—explore the the underpinnings of law enforcement’s relationship with the black population, the false promises Chicago held for settlers escaping the South and the questions from the race riot that haunt our city today.

“[The riots] seared the city, leaving psychic scars that lingered in black Chicago’s collective consciousness for generations,” Balto writes. Both authors explore how race and culture clashes between blacks and whites laid the foundation for the brutal terror of 1919 along with the history of the Great Migration and the reaction of white Chicago and its police force to it.

Balto’s rich book dives specifically into the deep-seated historical relationship between blacks and the Chicago Police. Balto, an assistant professor of history and African American studies at the University of Iowa, hits every nail on the head and into the plank for good measure, dicing up facts about police brutality from the 1900s and sifting them with historical photos, quotes and stories of innocent black youth who only wanted equal treatment and better work opportunities. Looking at the history of the police force and its motives is imperative to understanding why black people were mistreated by the law. For one, the police force was created not to mitigate crime but to watch over Chicago’s immigrants, who the local elites felt posed a threat to the health of the city. At this time, during the 1850s, the immigrants on their radar were working-class Irish and German settlers who were not seen as “white” by Chicago elitists. Arresting them for drinking was a way to assert dominance over the immigrant culture.

As those immigrants settled into the city’s workforce and created their own communities, the “threat” settled down and another took its place: the rise of the black metropolis as the Great Migration hit Chicago. Soon, blacks were seen as a threat to the city and its establishments; combined with its strains of racism and coverage from local newspapers like the Tribune, “[B]lack people found themselves unwelcome guests in Chicago,” Balto writes.

Their influx was greeted by hate and violence from white mobs, many of whom had ties to political figures and were Bridgeport-based Irish settlers. Balto even points out that future mayor Richard J. Daley was a member of the white gang the Hamburg Club, and would later become its president. Charges that he was involved in the race riot were never upheld and Daley remained silent on his supposed involvement, according to Balto. This was when the black community, after trying to get help from the CPD, realized they were alone in fighting the terror when the riots began: “And within the riot’s terrible violence, the police department proved itself as an institution that would not work well for black people,” Balto writes. “Members of the CPD repeatedly proved themselves to be defenders of whiteness and the color line, rather than the protectors of all life and livelihood.”

That life and livelihood Balto examines is explored in Ewing’s poetry. The local poet, professor, sociologist and activist spent years digging through a 1922 document called “The Negro in Chicago: A Study on Race Relations and a Race Riot,” where she uncovered history about the race riot and Red Summer that she never knew. The result was her poetry collection that responds to the document through poetic verses and narrative stories of the black population settling in Chicago. Her subtle words humanize the characters in the story, peeling back what it was like living in a white society full of “false starts” for black people, which was ironically the opposite reason why they emigrated to “the city of big shoulders.” 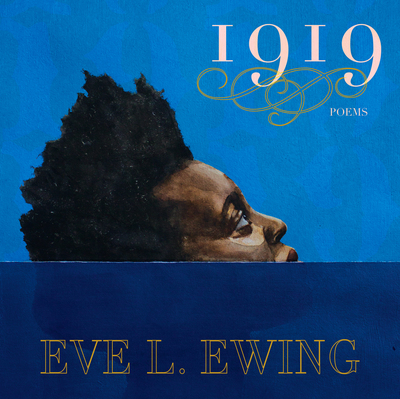 Ewing gives life to the characters starting a new chapter, who experience the rigid Chicago winters for the first time, the striking heat in July, new houses and ways of living—all as free individuals. The idea that having the freedom to die from frostbite and not a discriminatory mob sounds inconceivable in 2019, but at the end of slavery, this kind of existence is what mattered to black people. In her poem “in November,” Ewing uses a 1988 Chicago Defender report indicating that a frozen death is better to respond: “leaving the darkness / meant finding the sun / but in the morning i rise / resurrected, an angel.”

But these hopes were crushed when blacks realized they were neither welcome nor cared for by Chicagoans. Ewing blends the ideas of false starts into the poetic section about the riots by personalizing those who become instrumental in the clashes: Eugene Williams, the boy whose drowning in Lake Michigan started the riots; James Crawford, a black man who was on the beach and demanded action from police officers to arrest the white boys culpable in Williams’ death; and other nameless black people present at the beach who tried to find the boy’s body after he went under. In her poem “The Pearl Diver,” Ewing uses personal, sensory descriptions to portray the feeling and scene of looking for Williams with the fragility that represents his life and that of the community: “Pushes darkness aside / refusing the tangle of green. / reaches also for soft things: / sea cucumber. A slug. The arm of a boy. / grasps also at false starts:”

The race riot of 1919, while lasting only one week, haunted Chicago for years. Blacks and whites stayed more or less separate until the civil rights era, when the relationship with police and blacks sunk to its nadir. While the sixties provided some superficial progress, the issues the black community fought for during the race riot and the civil rights movement are still largely not resolved. In his epilogue, Balto writes that black Chicago’s relationship to the police has not climbed out of its lowest point as epitomized by high-profile cases like the police murder of Laquan McDonald. Police brutality against blacks and minorities is rampant, repeating the history of the pre-race riot days. Segregation, while much less divisive, still plagues Chicago and is a topic Ewing has researched extensively. South Side communities lack basic resources that can be credited to the city’s history of politics, public policy and racist past of the riot and similar violence, Balto stresses, writing, “Chicago in 1919 spiraled into racial fury, provoking questions about policing, racism and justice. A century later, those questions have yet to be fully answered.”

The lessons Chicago learned from the race riot are still being formed. Balto writes that the riots, while they united the black population and gave rise to black power, show policing tactics of minority groups through different control structures. Inequitable systems in Chicago still need reform: education, gun control and economic infrastructure in marginalized neighborhoods. And to fix these systems means to be clear on the germination of these issues and to know who has the control and the power—surely not the racially and economically marginalized, he writes. “[These issues] are not going to revert back to some better and more equitable state, because they did not originate in a better or more equitable state. We must face that, before anything else.”